The Initial Response Team is one of the important teams established in Raqqa region, after its liberation from ISIS mercenaries by the Syrian Democratic Forces; the work of the main team depends on intervening in times of emergency and helping civilians, while it plays an important role in uncovering the mass graves of victims of ISIS mercenaries.

The corpse recovery team works with simple hand tools to extract the bodies from the mass graves scattered in Raqqa and its countryside for civilians who were killed by ISIS during its presence in the area and buried them in mass graves without documentation.

The team works to document these bodies through the forensic doctor accompanying the team, and then the bodies are legally buried in the cemetery designated by Raqqa Civil Council. 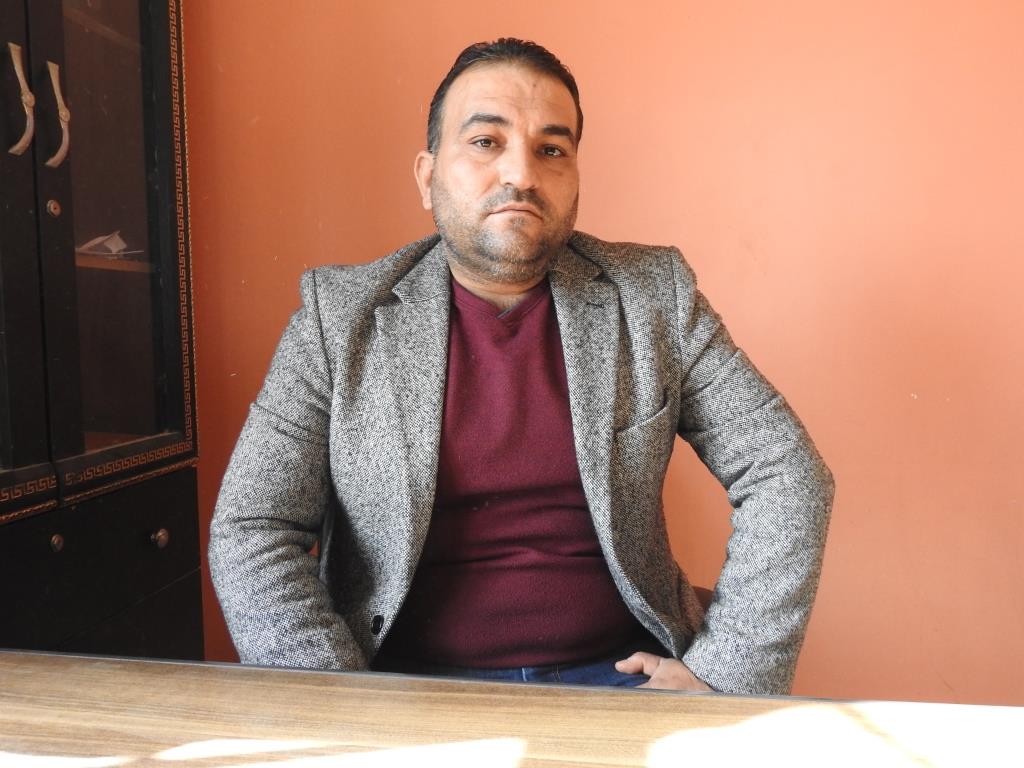 The work of the corpse recovery team depends on the reports submitted by the people of the area about a mass grave in any place, and according to the head of the response team Yasser Al-Khamis, they have been notified of the existence of 31 mass graves in Raqqa and its countryside so far.

On this basis, the exhumation team began exhuming the bodies from these graves, and so far the team has finished retrieving 6,100 bodies from 28 mass graves.

The team handed over 700 bodies to their families, after identifying them.

The head of the Initial Response Team, Yasser Al-Khamis, confirmed that the team is still recovering the bodies in Raqqa and its countryside, and is now working at Cemetery No. 28 in the village of Kasra Faraj, which is expected to contain 10 bodies.

3 units for extinguishing fires in 900+ locations

The Response Team formed 3 firefighting detachments in the Karama area in the eastern countryside, the Hazima area in the northern countryside, and the village of Ratla in the southern countryside to control the fires that may break out, especially within agricultural lands, as happened two years ago, when the deliberate fires devoured hundreds of hectares of agricultural land and was put out. The firefighting teams of the First Response Team have more than 900 locations, including 11 fire engines belonging to the team.

The divers division of the Initial Response Team formed an emergency detachment on the bank of the Euphrates this year.

The divers team is working on exhuming bodies from the river, as the Initial Response Team has assigned numbers to contact them, to intervene in any case of drowning that occurs in the Euphrates River and Balikh.

Since its inception, the divers team has extracted more than 20 cases of drowning in the Euphrates River, according to the statistics mentioned by Yasser Khamis.

The ambulance team has transferred more than 200 critical cases from Raqqa hospitals to Tabqa, Kobani and Manbij hospitals. 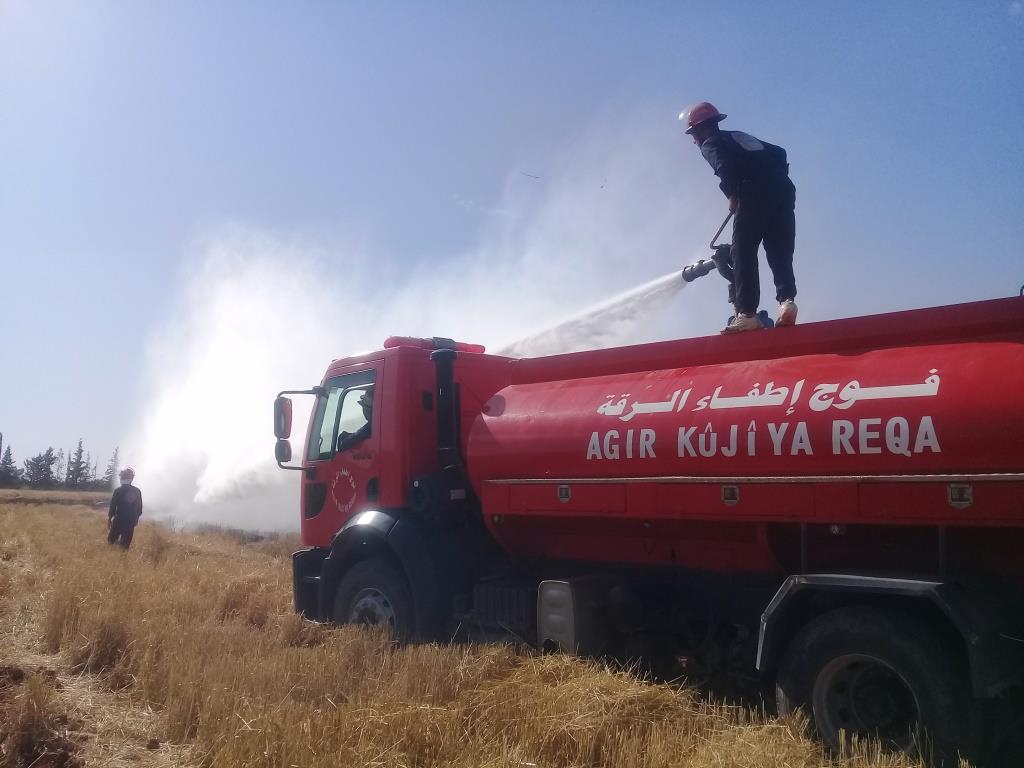 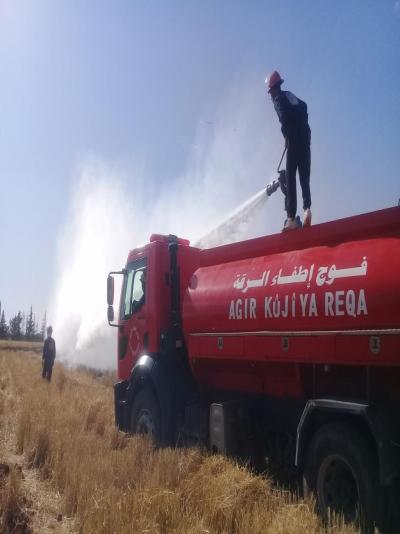 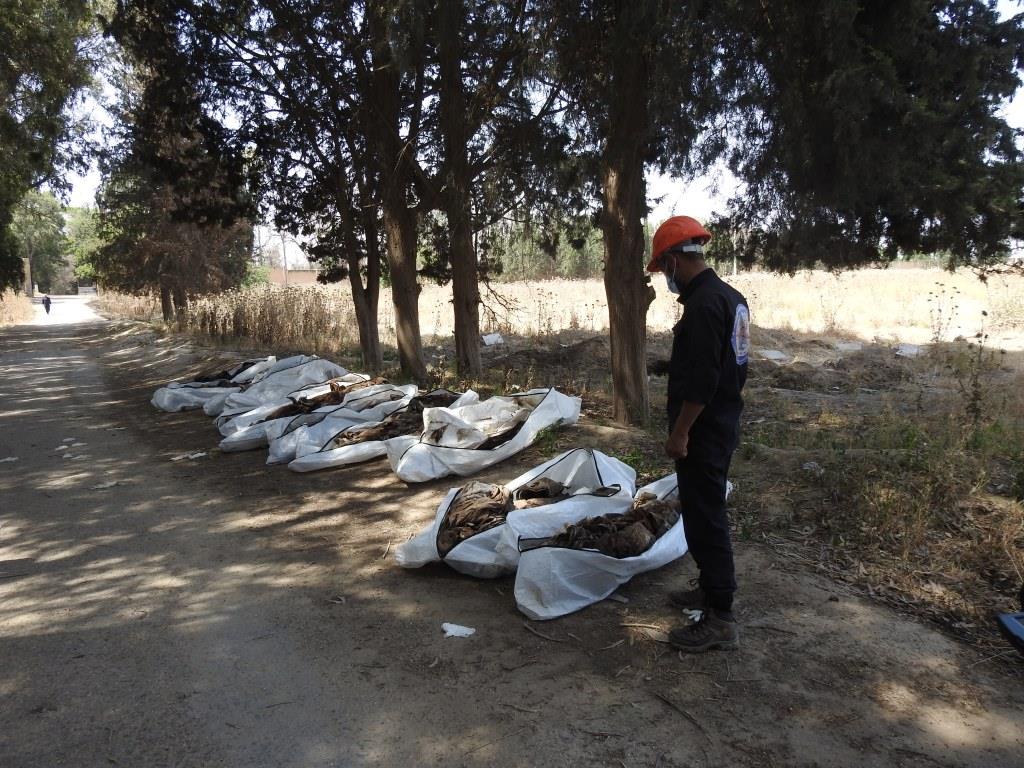 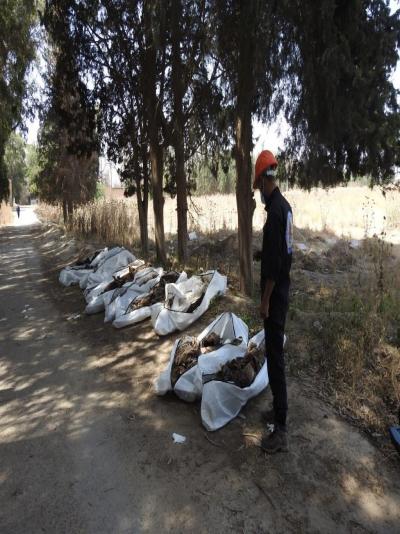 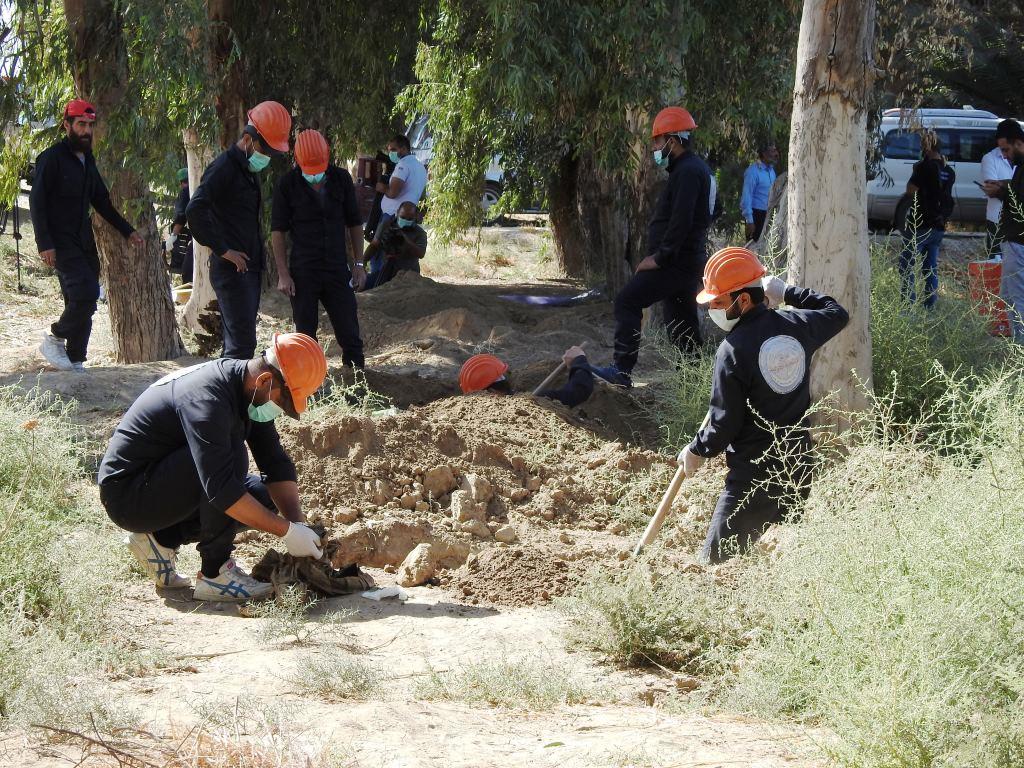 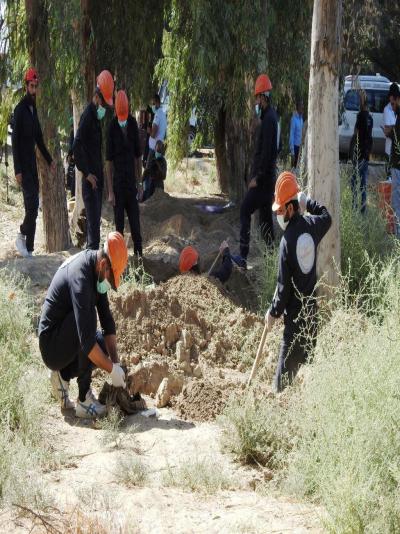