The march started from Al-Mizan roundabout, west of the city, towards the public square, during which the participants chanted slogans glorifying the martyrs and saluting the resistance of the peoples of northeast of Syria.

The participants held banners reading "People of Manbij, From July 19 We will Build Together our Country Renaisance and renew the Martrys Era and go on the Path of the Holy Struggle."

"On July 19 Revolution, we will build moral, ideal and developed society, and win our will against the dark forces."

Upon the arrival of the people to the public square, the Co-chair of the Executive Council in the city of Manbij and its countryside delivered a speech on behalf of the democratic civil administration, in which he said, "When this revolution was launched, it was launched for several reasons which are the injustice, tyranny and oppression that the people of northeast of Syria suffered. "

Nezifa Khalo indicated that it was the will of the people that triumphed thanks to the sacrifices of the martyrs to build an evolving and conscious moral society.

For his part, Deputy Head of the Future Syria Party - Manbij Branch, Imad Mussa, congratulated all the Syrian components on the July 19 Revolution that started from the city of Kobani and extended to many regions in northeast Syria.

Mussa noted that July 19 Revolution made a lot of achievements on the political and military levels and secured the coexistence among all the Syrians components.

Then the march ended with the slogans that glorify the July 19 Revolution. 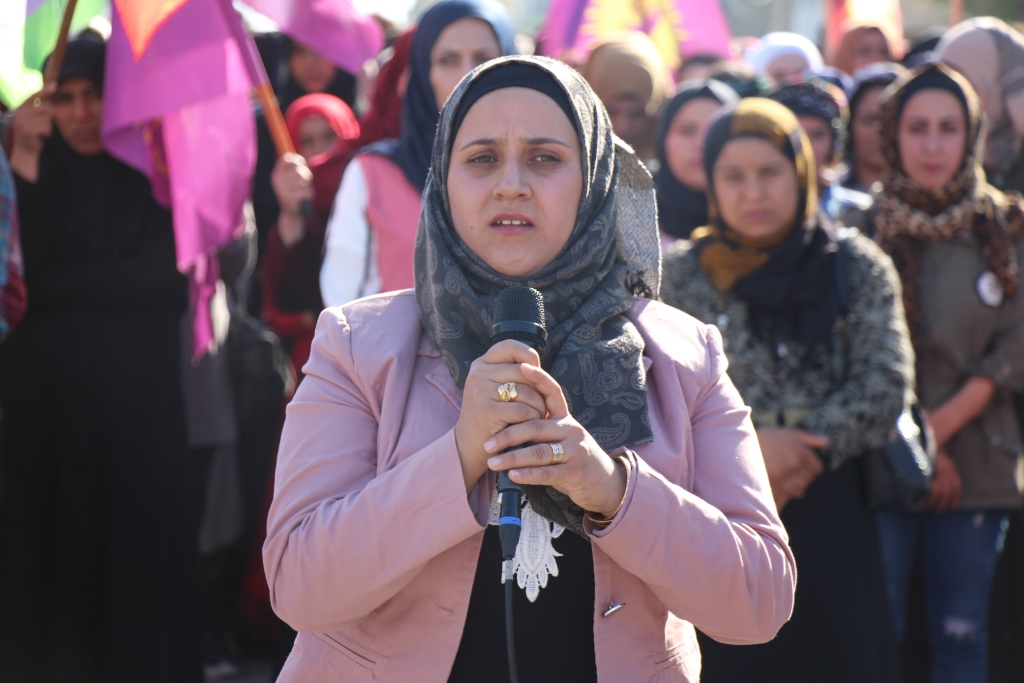 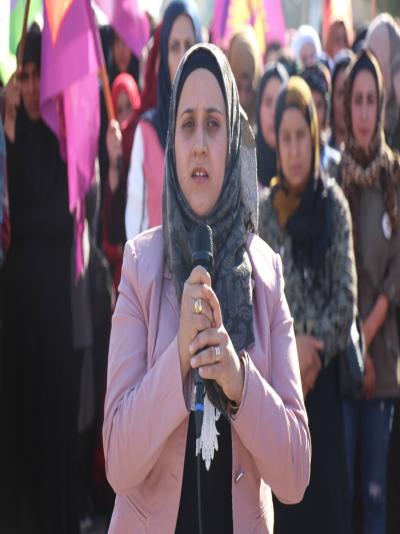 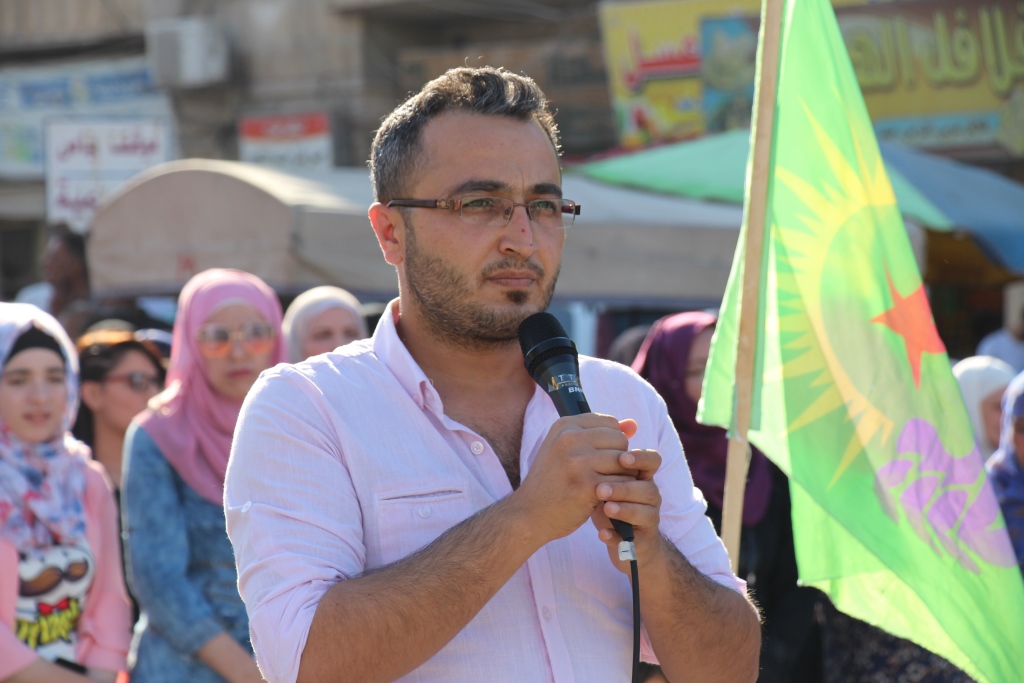 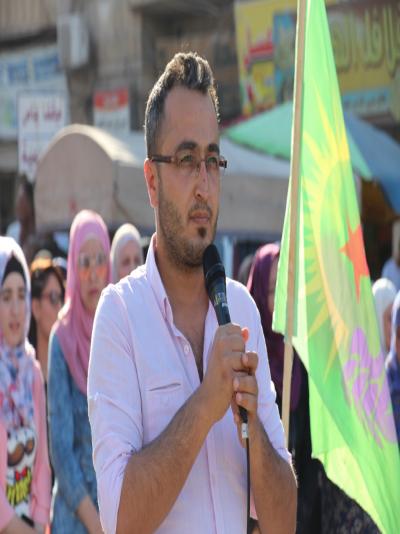 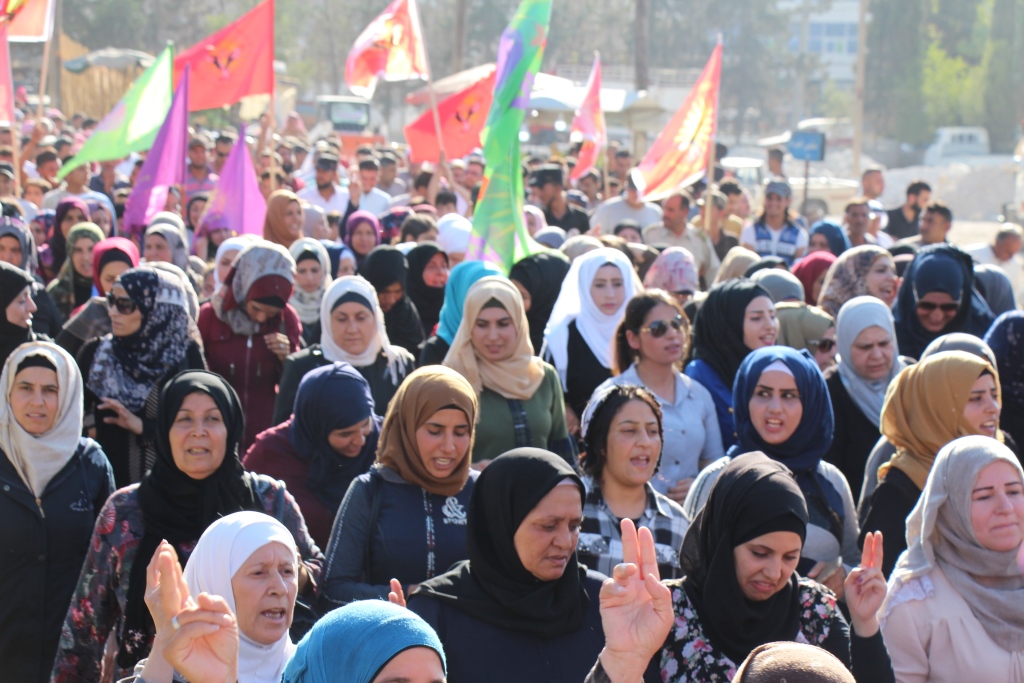 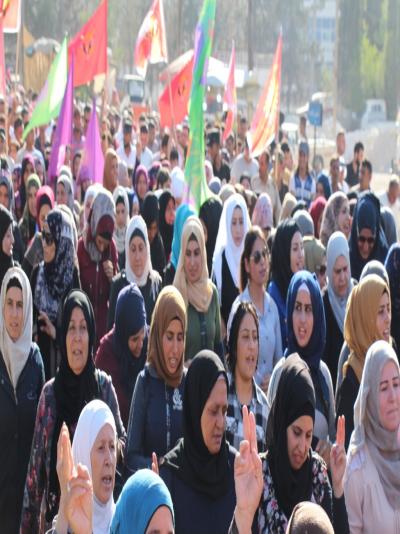 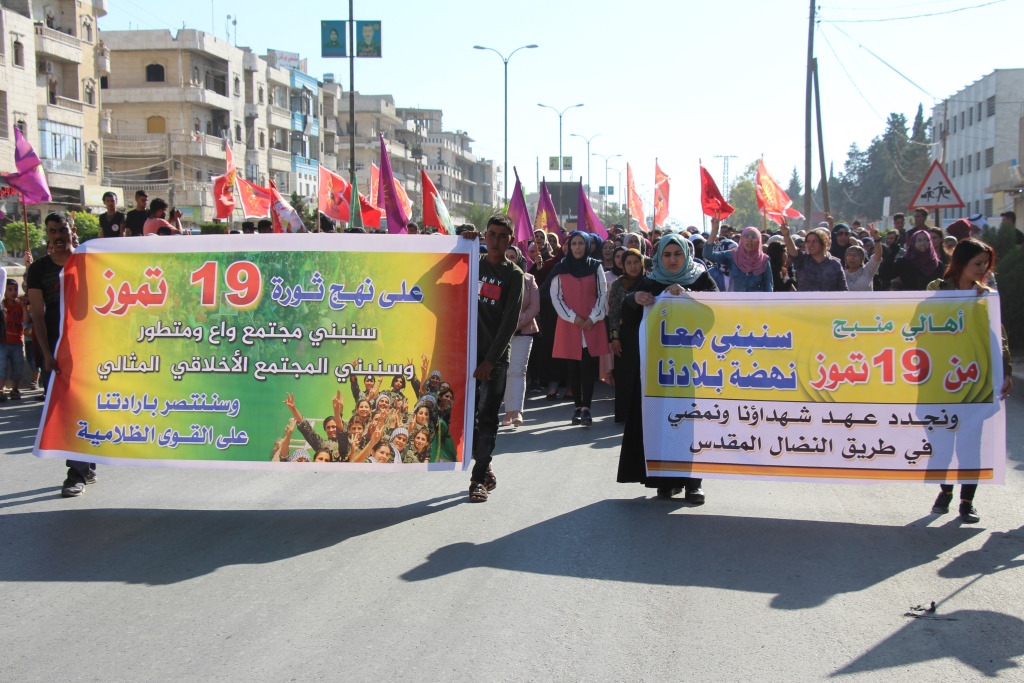 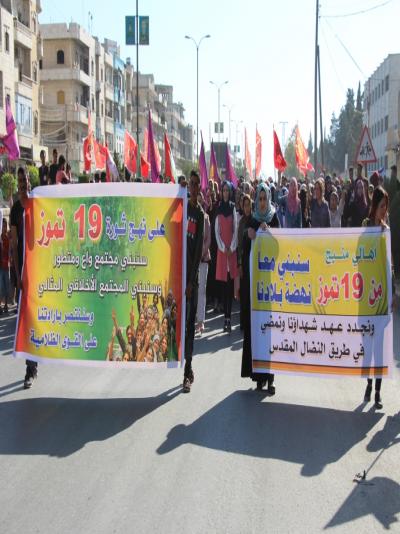 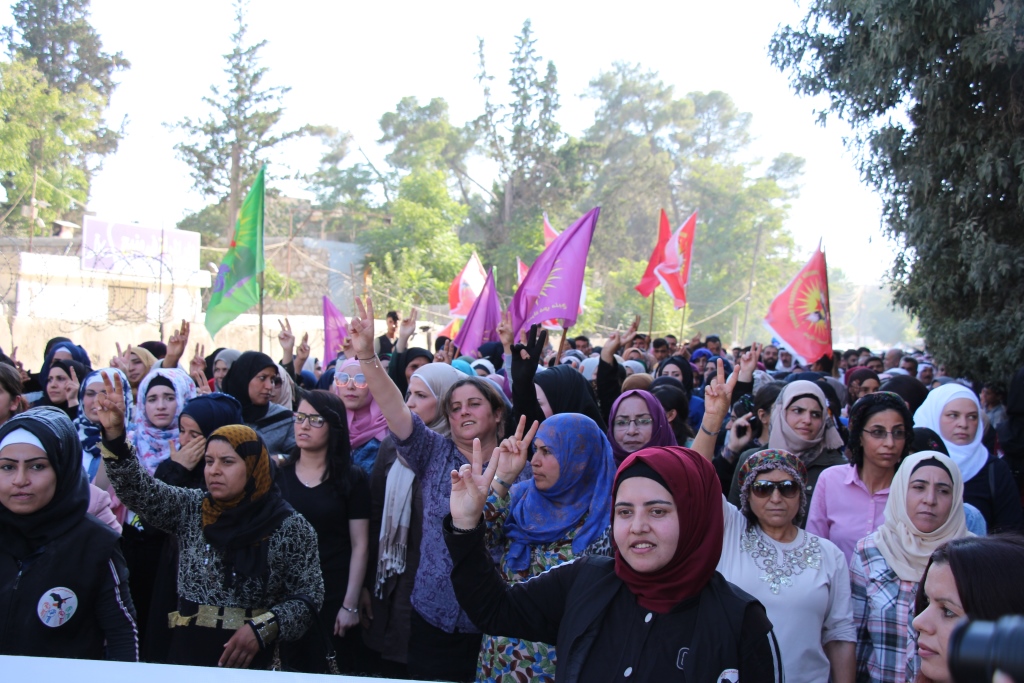 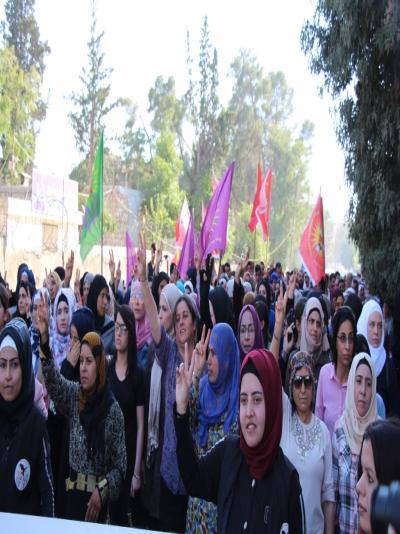 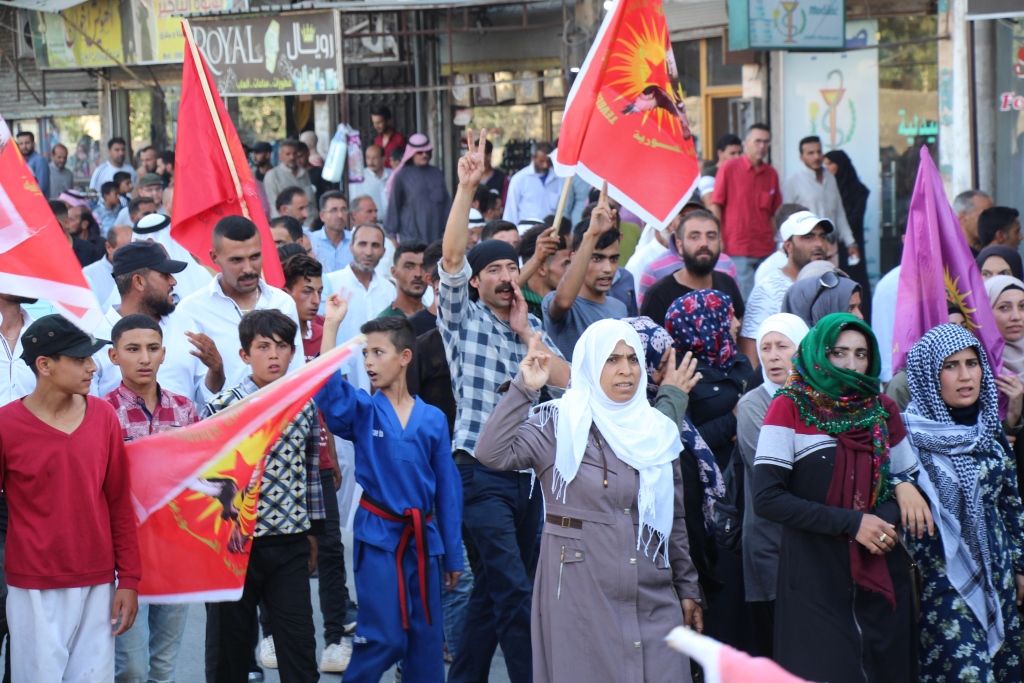 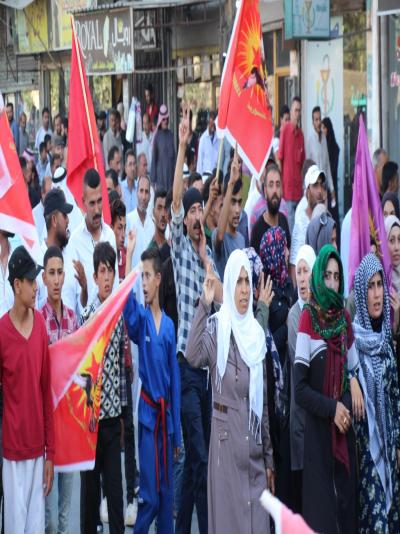 In light of the recent escalation in Idlib, the Turkish occupation brought military reinforc...

A member of a cell affiliated with the Syrian regime says that the Syrian intelligence servi...

Within the framework of its military operations in pursuit of militant cells in the eastern ...
Old Website