The situation of the camp, which houses nearly 12,000 people, is not different from the Kurdish case, and although it falls under the umbrella of the United Nations High Commissioner for Refugees, it has been repeatedly attacked since 1994.

The Bakûr's IDPs in Başûr Kurdistan in 1994 were forced to change their places as a result of the policies and attacks of the KDP, starting from Bahir, to Bersafah, and then to Geli Qiyamati, Adruj and Nineveh, Nina Dara, until they settled in the arid Mexmûr‎ area, where they turned it into a semi-green city.

The camp is located in the administrative boundaries of Mexmûr‎ District in the Nineveh Governorate, and affiliated with the Nineveh District in Mosul. On January 18, 2017, the Kurdistan Region authorities have no longer protected the camp, and the central government issued IDs to them in July 2019, according they had the right to walk around Iraq. 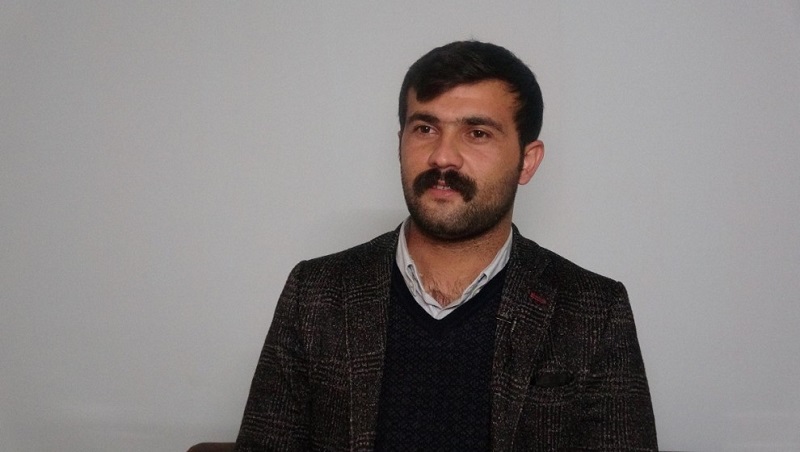 Member of the Diplomatic Relations Committee, Bewar Makhmour, in the administration of the camp, noted: “The camp IDPs are subjected to Turkish attacks, harassment and attacks by the Kurdistan Democratic Party allied with Turkey, to eliminate their struggle. "

Makhmour noted: "As a result of the democrat’s attacks, hundreds of IDPs have been killed, and they have reached the point of cutting off the heads of the IDPs, as they went to cut some trees for heating during the winter season."

Makhmour referred to the struggle of the camp people, and said: “The Kurdistan Democrat has followed very dirty methods, but they did not accept submissiveness."

The siege is still imposed on the camp

The KDP has been besieging the camp since July 18, 2019, and medicines and materials are not allowed into the camp, and patients leave for treatment. A number of the IDPs lost their lives, in addition to several women have been aborted. He said: "Hundreds of students have been dismissed from their university because they were unable to attend it, in addition to thousands lost their jobs."

Makhmour stated that they suffered a lot during the Coronavirus pandemic. The United Nations and the WHO did not provide any assistance despite several appeals, and the Autonomous Administration in North and East of Syria responded to their appeals and sent medical equipment to the camp administration.

He affirmed that the siege aims at undermining their revolutionary struggle and break their will under the Turkish orders. "

Makhmour stated that the policy against the camp comes within the Turkish-Kurdistan Democratic Agreement against the four parts of Kurdistan. He said, "The Turkish attacks on Rojava and the Right to Self-Defense Zones are carried out under this policy. What I would like to say is that the KDP has fully joined the Justice and Development Party and the Turkish National Movement Party alliance."

The KDP's hostility against the Kurdish people is not a spur of the moment, it dates back when regional and international powers demanded asked the Patriotic Union of Kurdistan (YNK) and the Kurdistan Democratic Party (PDK) to fight the Kurdistan Workers' Party (PKK) in exchange for green lighting their federal entity in Southern Kurdistan. As a result, the Parliament convened in Hewlêr on October 4, 1992, issued two resolutions in its first session: the first one regarding the relations with the central government in Baghdad, and the second was fighting the PKK.

Makhmour was not surprised of those attacks, " The arrests campaigns still continue against the camp residents, and the detainees face the most horrific forms of filthy torture and extortion. Recently, 22 people have been arrested, some were released, others are still detained," he said. We do not know anything about them. "

Makhmour noted students cannot attend universities officially, and said: “This year, 64 students were admitted at the universities of Başur Kurdistan, but the KDP prevents them from attending, and their requests to attend online, were refused too. "

Looking at the history of the camp, we clearly notice the true face of the UN that remained silent those violations against the camp residents, even during the attacks of ISIS mercenaries on the camp, no statement was issued from it ...!

He said: "In fact, the United Nations only serves international agendas, and in particular the Turkish occupation state and legitimizes its attacks on the camp."

Makhmour added: "During the Coronavirus pandemic, international organizations and the United Nations provided aid and support to all camps in the world. The organization has never visited the camp, where is the humanity that this organization claims? Are the camp residents not humans ?!"

The KDP took the path of betrayal ′

He stressed: “We, residents of Makhmour camp are people of principles that are why we were subjected to forced displacement. We want to live freely. We represent the identity, culture and language of our people, and our people in Kurdistan see this clearly. The KDP took the path of betrayal. "

He called on international institutions, and all human and humanitarian organizations and the United Nations to abandon their policies that serve the agendas of the occupied and colonial countries.

Peoples' Defence Forces, the HPG, stated : a number of areas and villages in the Medya Defen...

The application made by lawyers of the leader Abdullah Ocalan to pay him a visit at the Imra...