After a long-lasting siege from the three eastern, western and southern sides, ISIS launched on the city of Kobane on the 15th of September 2015, a major war that lasted more than 4 months.

Kobane that is located in NE Syria, was the first city to be liberated from the Syrian government, and where the Rojava Revolution started on July 19, 2012.

It acquired highly value due to this, and several groups tried to advance towards it after its liberation in 2012, but the YPG and Women were blocking all attempts.

With the start of the ISIS attack on Kobane, dozens of YPG fighters, along with a number of civilians, encountered the organization, and although the surrounding villages collapsed, the battles that took place in the city’s streets were grinding.

ISIS, which was intending to occupy soon, was shocked by the historical resistance shown by the fighters, so that "Kobane" materialized the solid will.

The light-weaponed Kobanes defended the city to the bloodthirsty ISIS terrorist attack, while the terrorist groups were attacking all types of heavy weapons. 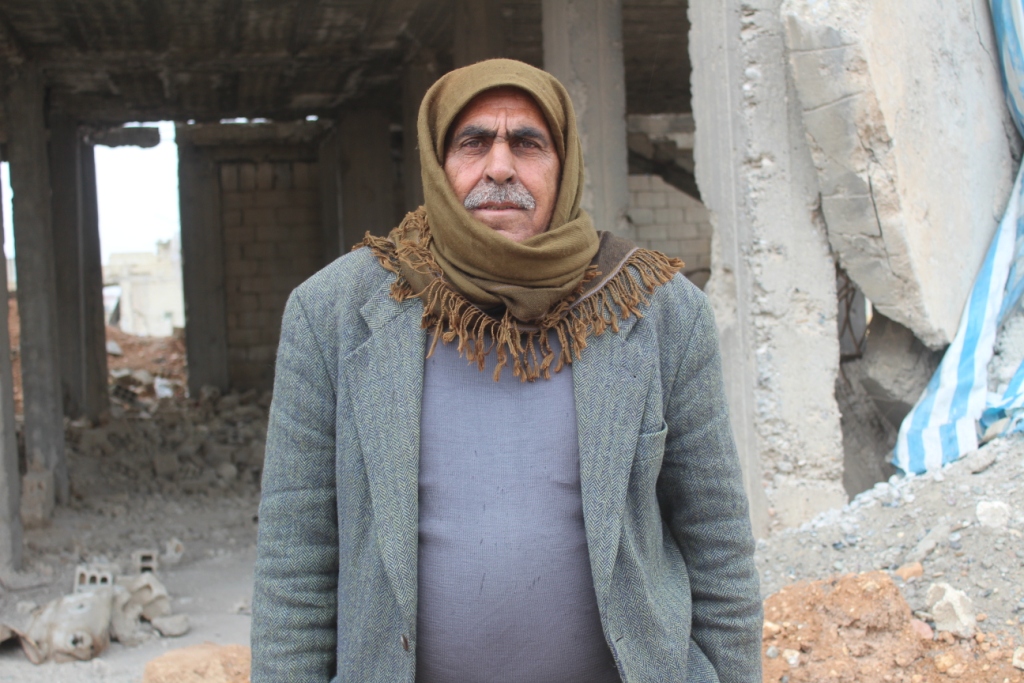 Muhammad Khelo, a witnesses and participant in the Kobane resistance battles, explains the reason for his stay alongside the fighters, saying, "We stayed in our city. Our spirits were high, because we sanctified our land."

Khelo says," We were confident of victory. Sometimes, ISIS tanks would pass over us. Whenever a martyr fell, we got more determined to resist. "

He tells the story of his meeting his daughter, a fighter in the ranks of the Women Protection Units (YPJ) on the battlefront, saying, “She did not ask me about her siblings, she only said, 'Don't leave Kobane, my father.' I heard about her martyrdom, it was the last farewell between us, and I fulfilled my promise to her. "

While the people of Kobane were defending their city, people of Bakûr (Northern Kurdistan) were standing on the other side of the Syrian-Turkish border, forming a human shield to protect the borders, and preventing the ISIS mercenaries to cross the border to Kobane from Turkey, after its siege from the three eastern, western and southern sides.

In the context of his speech, Khelo says, "The Kobane resistance has proven that the Kurdish people are equipped with an ideology and an approach to the martyrs. "

He notes that "the Kobane resistance followed in the footsteps the PKK resistance line that began in 1979."

The resistance was embodied in a humanitarian character, and motivated people from all over the world to join it to fight the forces of darkness. So, the international fighters from different countries of the world went to Kobane at the time.

Soon, the echo of the epic resistance spread in the world that was aware of the injustice and terror of ISIS. The people yearning for freedom in all countries of the world rose up to support the Kobane resistance, as rallies went on in many cities of the world.

Here, Khelo says, "Not only the Kurds, fighters from all over the world headed to Kobane to fight the ISIS." He narrated a story of a fighters of Ukrainian nationality, and said, "I asked him about the reason for being in Kobane? He said he knew that Kurds are subjected to injustice, and in my turn. I have come to fight the dark forces. "

'She could not carry a weapon, but cooked for the fighters.'

Kobane's resistance shed light on the women's role in protecting their homeland, whether by fighting or supporting fighters in battles, not only at the local level, but at the global one too. 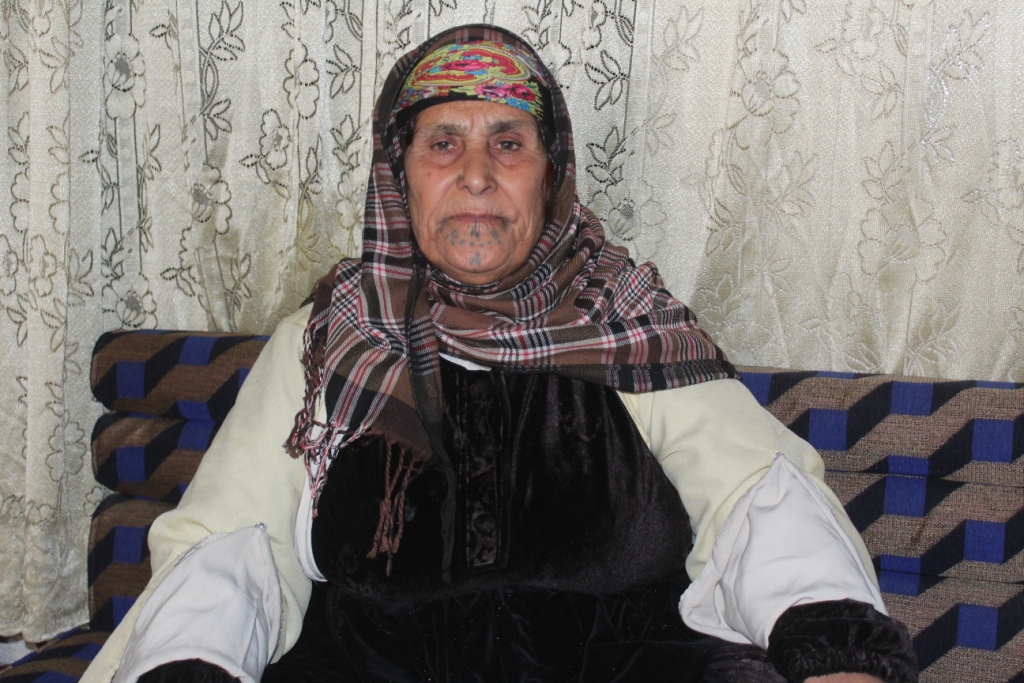 Mother Amina Diyar, was unable to carry weapons, but was able to cook food for the fighters.

Mother Amina did not leave her city and that she will preserve this identity until the last drop of blood in her body.

At the beginning of the battles, mother Amina, while fasting with dozens of women, went to cook food for the fighters in Kobane and its countryside, but with the arrival of ISIS, she headed to "Suruj" in Bakur Kurdistan to cook for people on Turkish-Syrian borders, gathered from different Kurdish regions to support the Kobane resistance.

'Despite his old age ... he fought against Al-Nusra and ISIS'

With the intensification of the attacks, civilians were only required to flee to the village of Tal Shayer, which is about 5 km from Kobane, to the west. It took place in Şengal, and more than 5 thousand Yazidis were killed.

Within 10 days, more than 300 thousand civilians were displaced towards the northern borders of the canton with northern Kurdistan (Bakûr).

Most of the civilians headed to the Suruc area, while a few hundred remained clinging to their land in the village of Tal Shayer, where they refused to leave until the city was liberated. 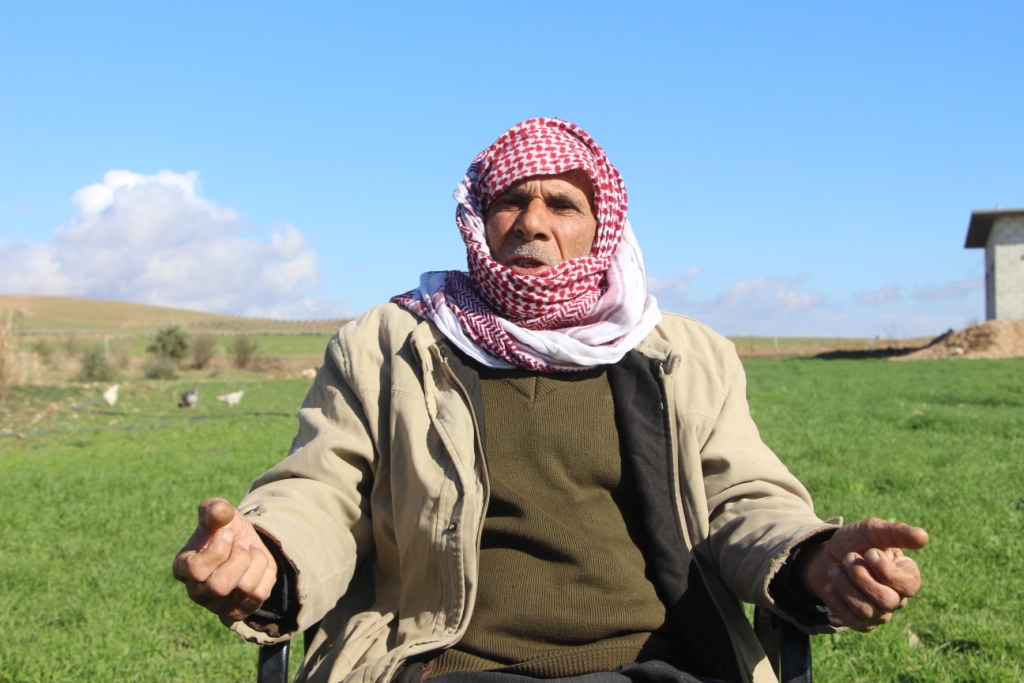 The family of Ala al-Din Abdo Hamo from the village of Zarafak, southwest of the city of Kobane, from one of the families that fled to the village of Tal Shayer, and refused to leave Kobane to provide assistance to the fighters by cooking for the fighters on the fronts.

Alaeddin Hamo says that he participated in the battles against Al-Nusra Front in 2012, and also fought in the campaigns to liberate Kobane and its countryside against ISIS.

Although he reached 61 years of age, he did not feel that he was old, and he carried weapons and resisted ISIS mercenaries, and according to him, he could not bear seeing his city occupied by mercenaries thirsty for the blood of the Kurds who kill women and children.

After 134 days of resistance, the People's Protection Units and Women were able to liberate the city on January 26, 2015, so that date would be the beginning of subsequent changes that occurred in the Syrian and regional arena.

Journalists in northeast Syria indicated that Turkey's goal of bringing loyal journalists to...

After three years of Afrin occupation, the Turkish authorities are trying to show the world ...

AA breathes life into languages that were on verge of extinction