Peoples who oppose authoritarian regimes and seek democracy in Syria have been subjected to the most heinous crimes that amount to "war crimes" by ISIS, which is formed by the policies of dictatorial regimes in the region, and committed massacres and crimes  before it was defeated by the SDF in Syria.

The massacre of June 25, 2015 was one of the ugliest massacres in Syria's 8 years of war period, what are the details?

The Syrian kurdish civilians in the northern regions of the country were not spared the attacks and massacres by several mercenary groups that took Islam as a coat to serve regional systems, particularly Turkey that wanted to exploit it for terminating the peoples revolutions.

In the midst of the Syrian sectarian, ideological conflict, the country witnessed a number of massacres , the largest of which are the Kobani and Al-Shuaitat massacres by ISIS, and Al-Hola by the Syrian government forces.
One of the massacres that shocked the local and international public opinion during the Syrian civil war, was the killing  of more than 233 civilians from Kobani on the morning of June 25, 2015 by ISIS on Turkish border and the village of Barkh Batan in the south.

Neither the mothers nor the children, not even the elderly, were spared the ISIS bullets on one of the blessed days of Ramadan, as a response to its  first lost battle in Syria, in the border city in early 2015.

Under the pretext of "Applying the Sharia and spreading the Islamic message" ISIS killed thousands of Syrians and Iraqis and destroyed their civilizational landmarks, as well as exhuming and destroying graves.

In detail ... ISIS enters Kobani with Turkish support, months after losing it
At 4:00 a.m., a group of 80 to 100 foreign and Syrian mercenaries, dressed in the uniforms of the People's Protection Units, YPG snapped 8 military vehicles, according to the villagers' testimonies of the southern villages of Kobani, they headed towards the city depth, which they lost in more than 5,000 of their fighter mercenaries.

They divided themselves into two groups, the first set out directly into the city, and the second deployed in the village of Barkh Battan, one of the largest villages in the south of the city to kill the largest number of citizens.

On the highway connecting the city to the southern villages, the group entered the city in the YPG's uniform just before sunrise.

In some villages, people were surprised of the military convoy that headed towards the city, and informed the Internal Security Forces, "Asayish" in the village of Barkh Bataan, in conjunction with the spread of ISIS in them.

After entering the city, they stationed on the roofs of the tall buildings, and a number of strategic areas like  "the automatic oven and the autonomous administration building, Aleppo Road, south of the city, the vicinity of the Mustafa Darwish fuel station, the Kania Kurdan neighborhood, east of the city, the Customs district, the Freedom Square in the city center, the market." The ancient Al-Hal market, 48 Street.
6 fighters from the Internal Security Forces "Asayish", 4 of whom are from the village of Barkh Battan joined the convoy, but they realized that they were not YPG fighters, until they reached the entrance of the city from the south, then they were shot dead.

From 3 axes, ISIS was trying to control the canton

The sounds of shots were heard in everywhere in the city, as a result, people went out to celebrate, thinking that the YPG and the women liberated the town of Sirin, south of Kobani from ISIS that started shooting on every civilian who left his home. The streets turned into bloodshed, where 233 people, including children and women, lost their lives due to the direct shooting of civilians by ISIS.

ISIS attempted to take control of the newly liberated canton at the time, through gangs war, starting from the village of Barkh battan in the south and the Al-Shiyoukh town  in the west on the banks of the Euphrates, and deploying in the north of the city with the help of the Turkish occupation, which opened the border for them.

At a time when the People's Protection Units were launching a military campaign against ISIS in the Sirin  with support of the international coalition aircraft, Turkey opened its "Murshid Beynar Crossing" with Kobani to cross a booby-trapped vehicle prepared to enter ISIS mercenaries into the city from the northern section again .
The 6 members of Asayish forces lost their lives after clashes with mercenaries near the district administration building in the city,  while the most dangerous ISIS snipers topped the roofs of schools and buildings and began sniping everyone they saw.

ISIS was defeated again in Kobani

The People's Protection Units and the Internal Security Forces along with the civilians besieged all mercenaries points in the city. After three days of clashes, the units managed to kill all the infiltrators and some of them were captured despite some wearing explosive belts.

In the south of the canton, people of Barkh Battan village forced dozens of mercenaries to withdraw from the village, with the help of the villagers and fighters of the People's Protection Units and the Free Army, they killed a number of foreign mercenaries, while some managed to escape .

The outcome of the massacre

During a statement issued by the Executive Council of the Kobani County on July 21, 2015, the fact-finding committee revealed that 233 civilians lost their lives in the massacre, including 27 civilians from Barkh Battan village, in addition to 273.

Almost 30 combatants and fighters from the People's Protection Unit, Women and Internal Security Forces were killed during the city's clearance operations that lasted 3 consecutive days.
In a previous statement issued by YPG, it confirmed the killing of all members of the attacking group except 7 mercenaries who fled towards Turkish territory.

Thousands of residents of the canton remember annually the victims of the horrific massacre, whose bodies were buried in two shrines, one in the city and the other in Barkh Battan village, by burning candles on their shrines during the holidays and on the anniversary of the massacre.

To commemorate the 6 fighters who played a role in countering ISIS and preventing it from killing larger numbers of civilians, a memorial was constructed in the form of 6 candles and an eagle placed near the place where the 6 fighters had lost their lives, to remain a perpetual memory of those whose blood was spilled in order to live whoever tours today near that monument. 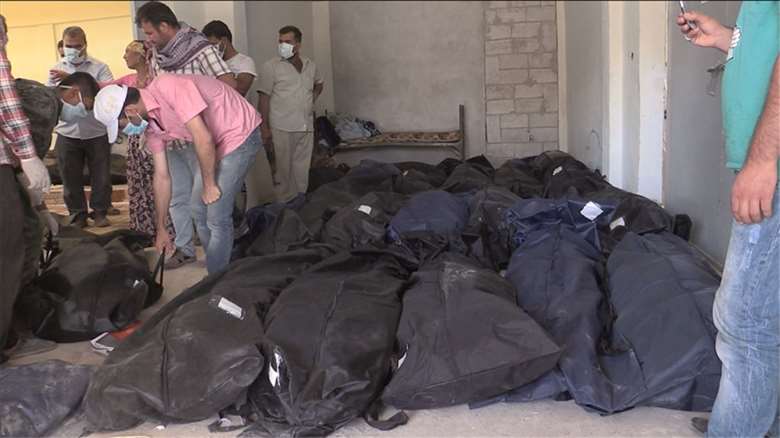 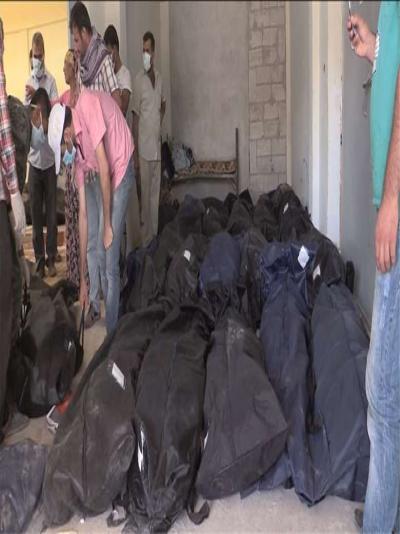 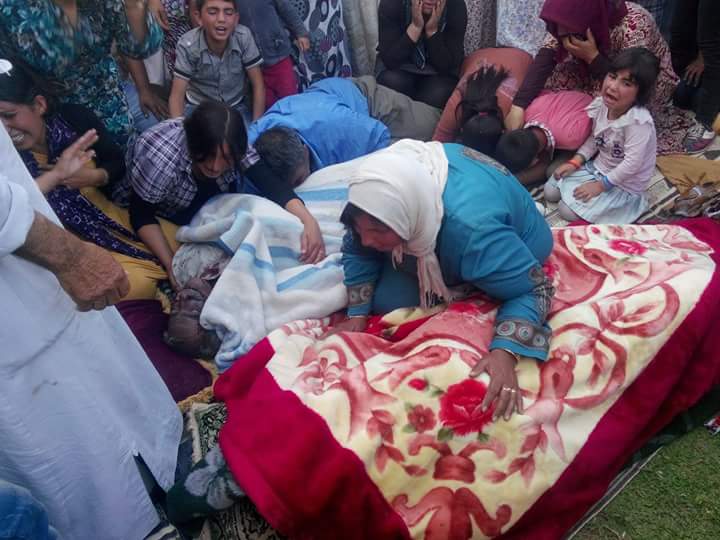 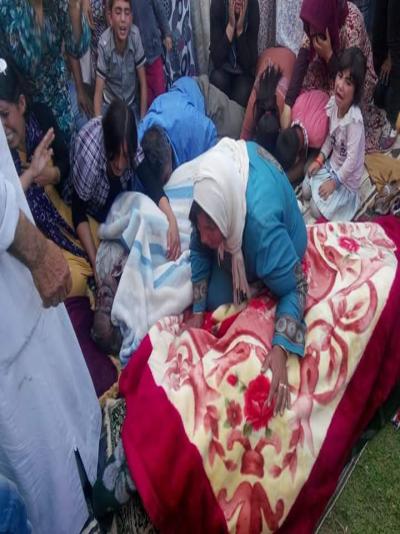 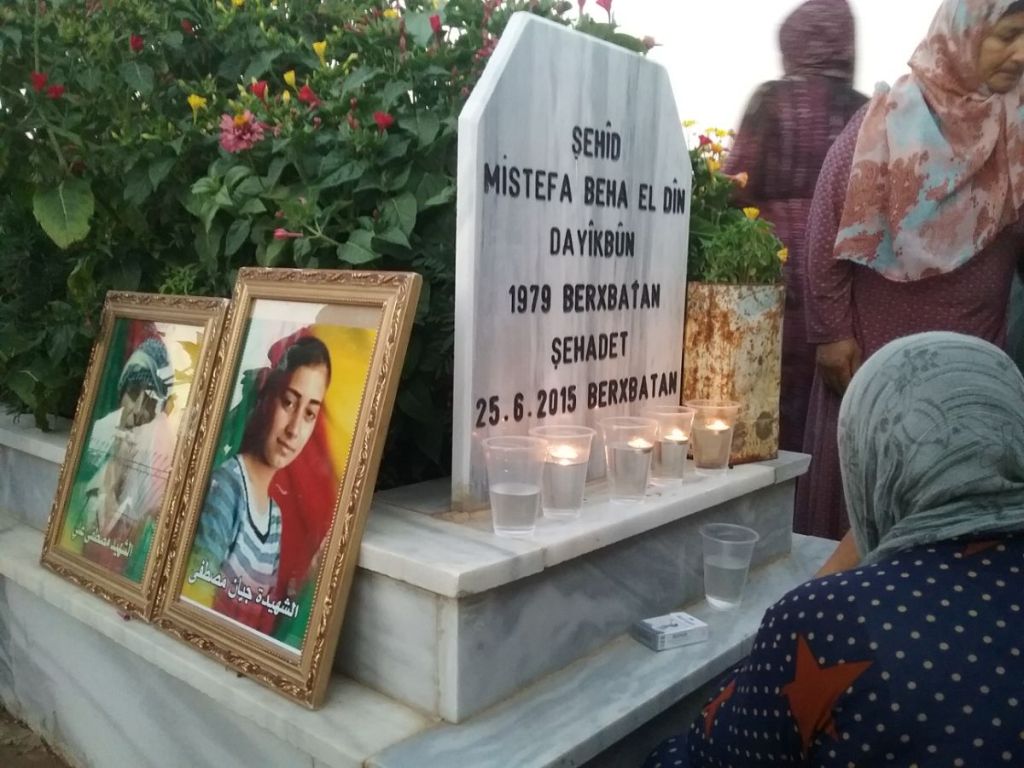 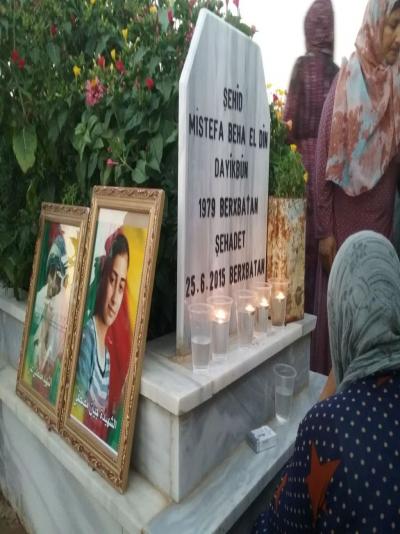 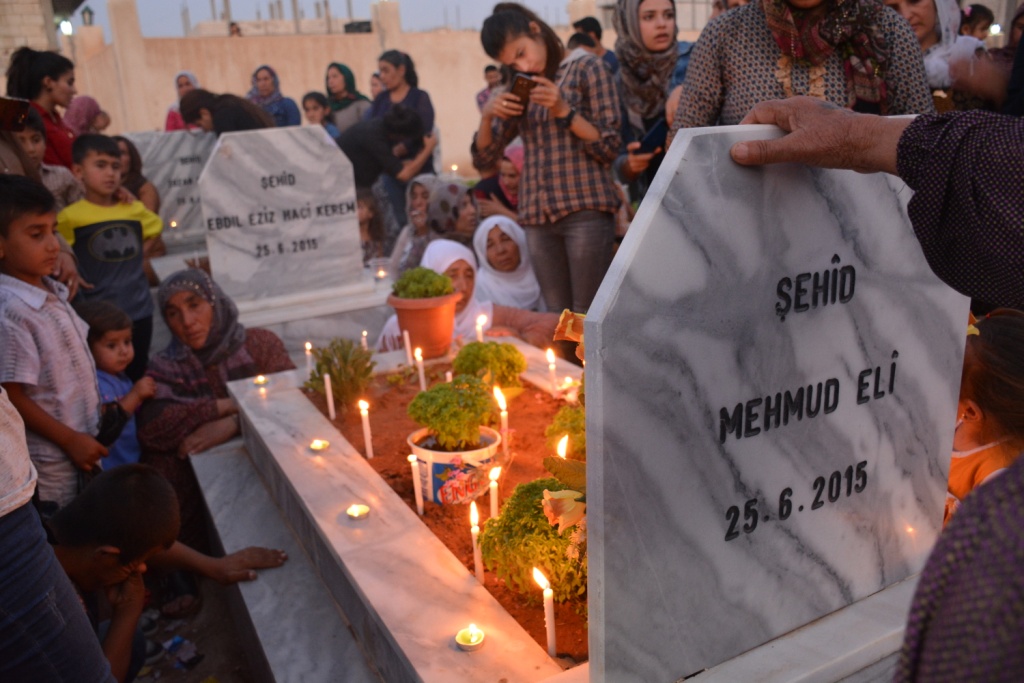 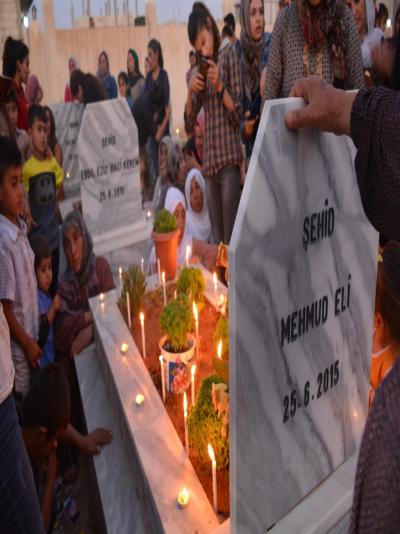 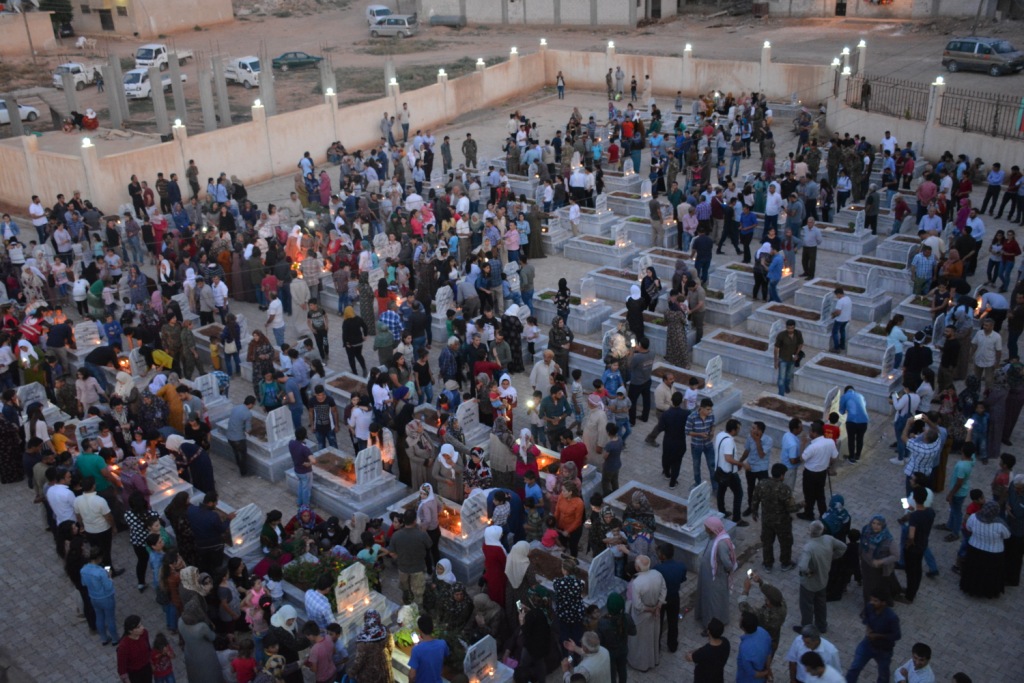 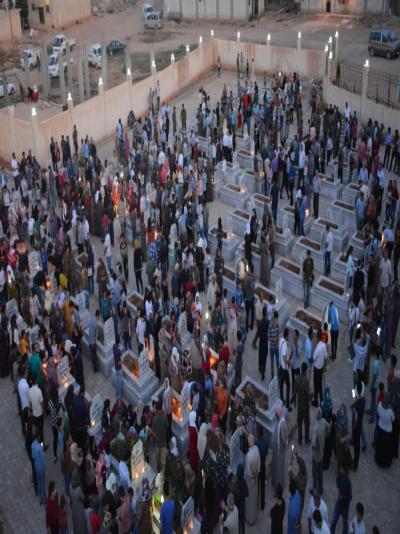 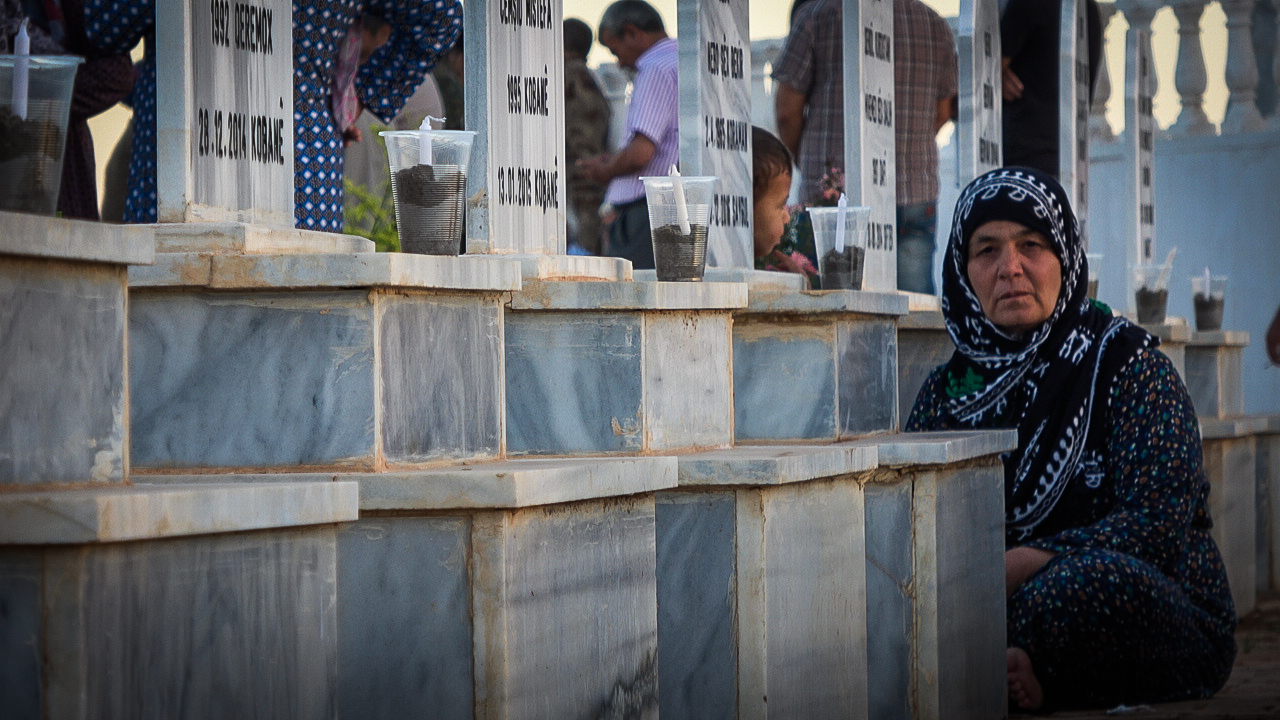 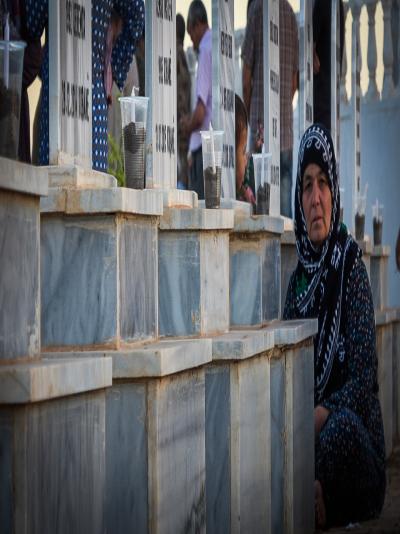 Today, the 6th anniversary of the massacre of the century committed by ISIS mercenaries and ...

On Lausanne Treaty anniversary.. Where will Erdogan's ambitions take Turkey?

The Kurds continue to demand their legitimate rights to live in their motherland Kurdistan, ...
Old Website

Egyptian FM: We are working to meet Lebanon's priorities

Putin announces registration of a vaccine against coronavirus