Serin district, south of Kobani canton, witnessed launching a foot march in which hundreds of young Kurds and Arabs participated, with the approaching of the 21st anniversary of the arrest of the leader Abdullah Ocalan after an international conspiracy on the 15th of February 1999.

Participants in the march carry pictures of Ocalan alongside banners denouncing the international conspiracy, organized by the Syrian Revolutionary Youth Movement.

The participants are scheduled to walk 40 km over a period of 3 days to reach the city of Kobani, and then the village of Kattalor (west of the city), which Ocalan entered in the summer of 1979 upon his first entry into Rojava.

The canton has witnessed various activities for more than a week, within the framework of defining the leadership of Ocalan and the international conspiracy against him and led to his detention in Imrali prison in the Sea of ​​Marmara, northern Turkey. 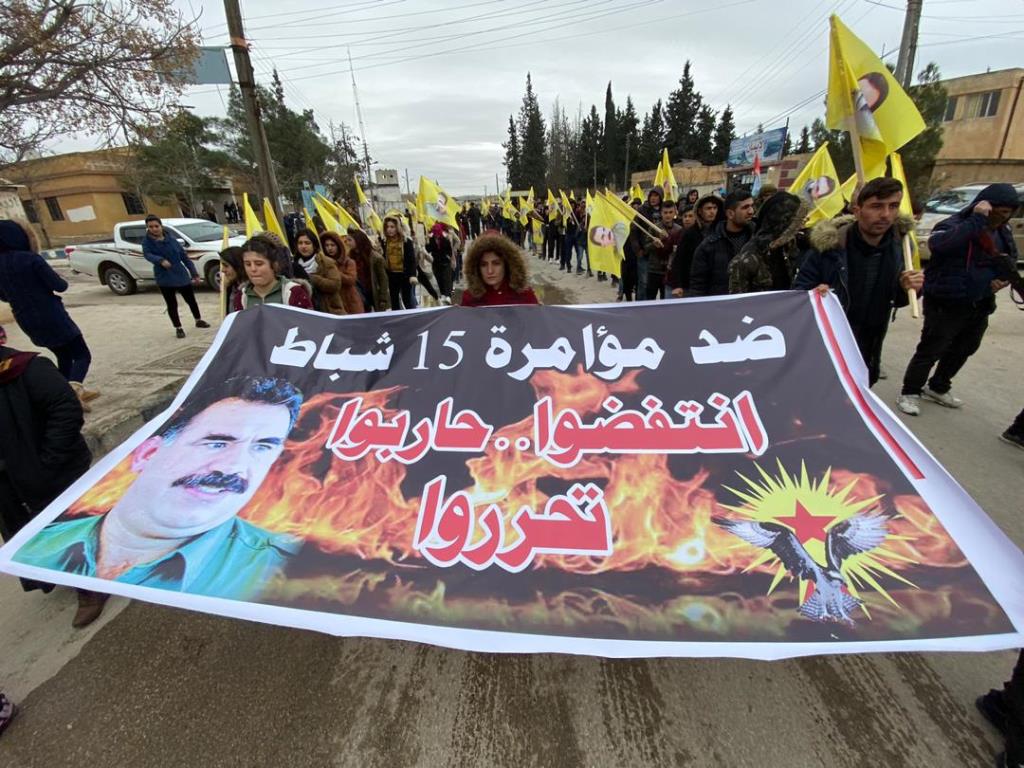 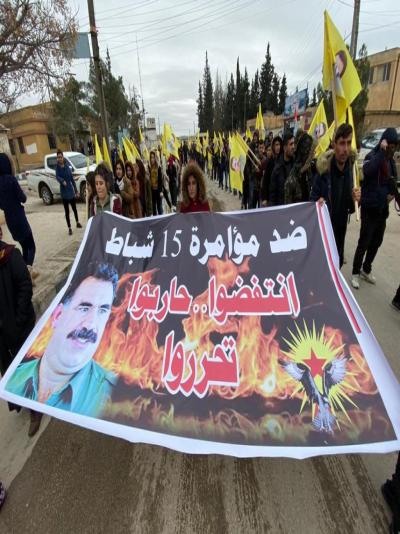 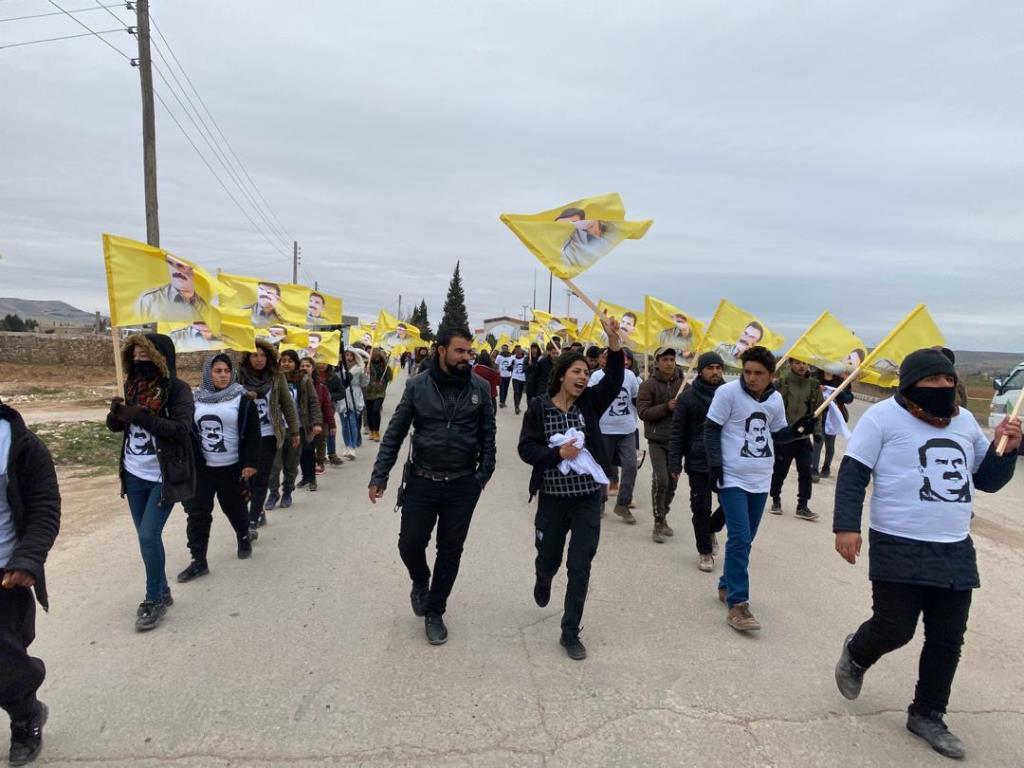 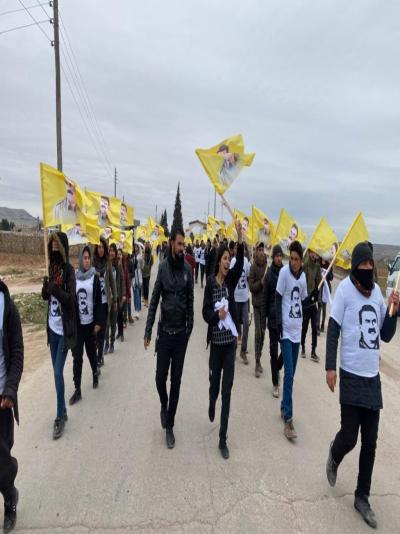