The march started in front of the tourist roundabout in the center of Qamishlo city under slogans “No to isolation, yes to freedom,” and “Long live Leader Abdullah Ocalan,” who are holding pictures of Leader Abdullah Ocalan and the flags of Conference Star and the Democratic Union Party (PYD).

The march stopped in front of the Office of the United Nations High Commissioner for Refugees in Qamishlo, where the participants observed a minute of silence in honor of the souls of the martyrs, then Kongra Star member Shaha Khalil criticized silence of the international community and those claiming to protect human rights. 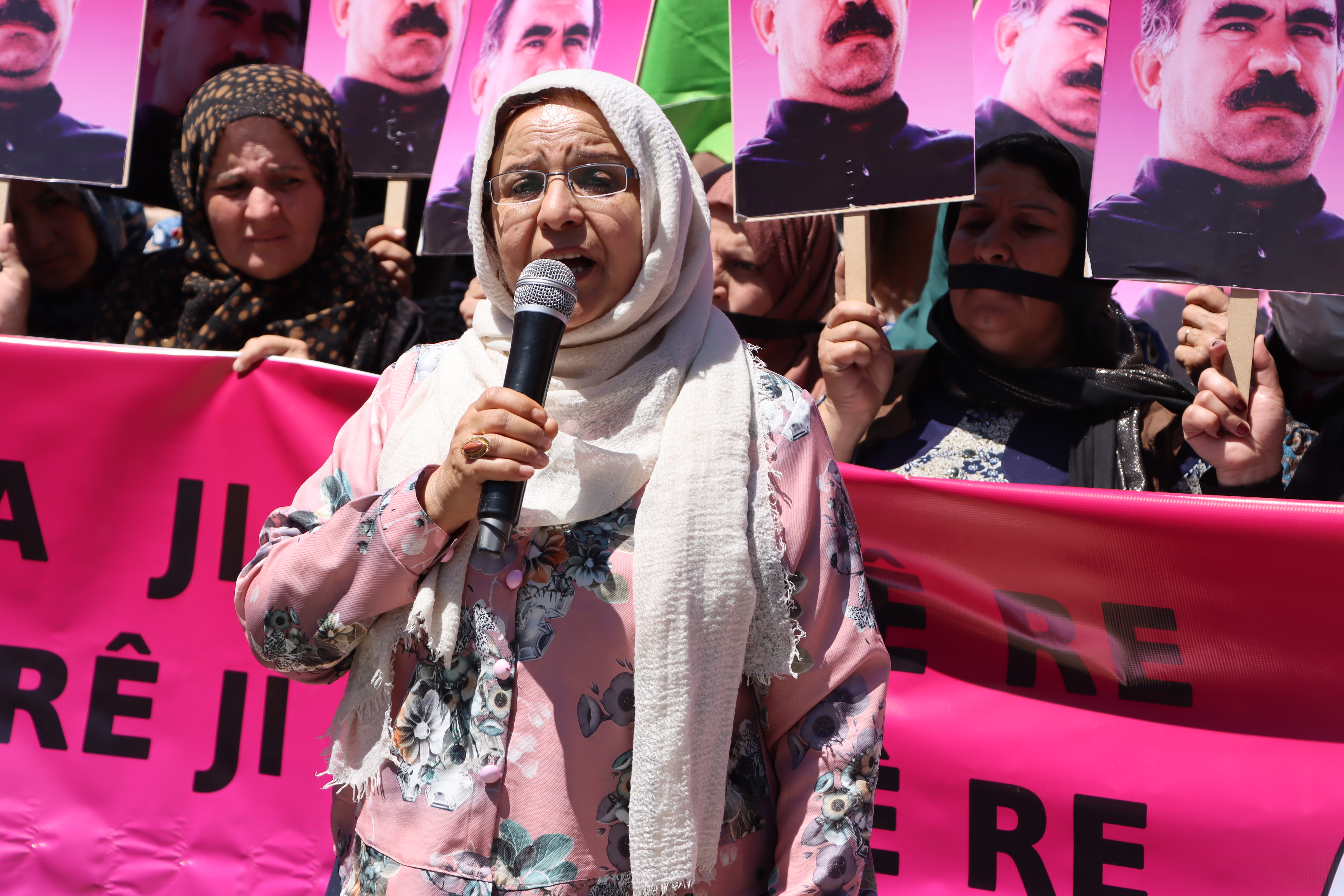 Shaha Khalil stressed that the leader, Abdullah Ocalan, holds the key to solving all the problems of the Middle East.

Then a delegation consisting of "Klestan Kolo, Manija Haidar, Houria Shamdin, Hussain district" delivered a letter to the Office of the United Nations High Commissioner for Refugees, in which they demanded of Ocalan's physical freedom.

The march ended with chanting chants, slogans and songs indicating the women's association with the thought and philosophy of the leader Ocalan.