Prior to 2011 a demographic change was engineered by the Syrian government in the Kurdish predominant areas by setline Arabs after their territories were submerged by the Euphrates Dam and creating what was referred to Arab Belt.

However the demographic change undertaken in Afrin by the Turkish occupation state is unprecedented since 2011 as the Canton is empty of its indigenous people.

The project undertaken by Turkey is the most dangerous one as the a million Syrian refugees to be settled in northern Syria to carry out a genocide supported by Muslim Brotherhood bodies of Qatar and Kuwait.

In spite of all crimes committed under the nose of the world no body lifts a finger. 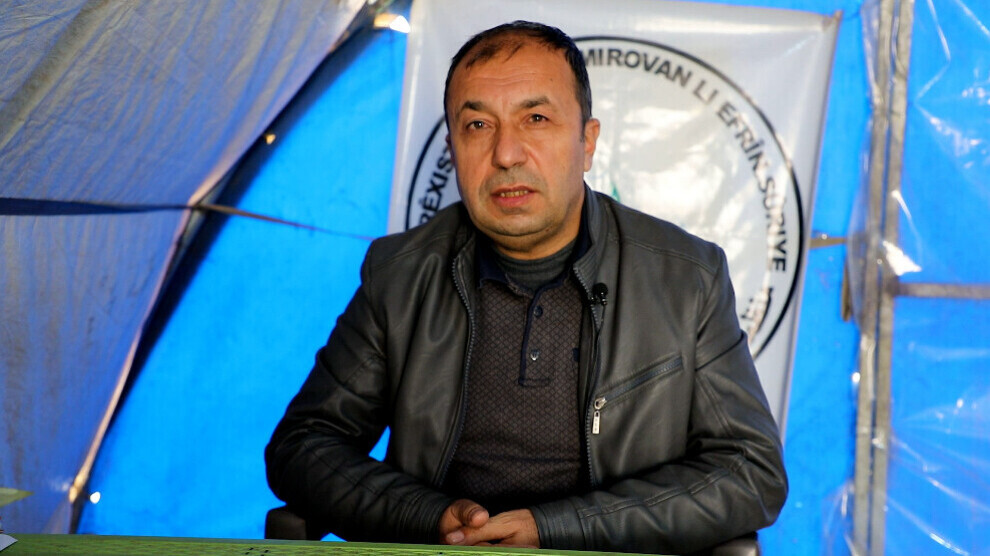 To shed light on the issue ANHA met Ibrahim Sheikh Spokesperson for the Human Rights Organization- Afrin- Syria, who dubbed what is taking place in Afrin by the Turkish occupation forces and the loyal mercenary groups as genocide.

Sheikh said Kurds are making now no more than 25 % and the Arabs and Turkomen make 75% after the demographic change and displacement.

According to Human Rights Organization- Afrin- Syria, some 30 children, 50 women and 100 men were martyred during the military operations leading to the occupation of the city in 2018.

Sheikh said after occupation, 40 children and 84 women were martyred as the number of martyrs stands now at 700 of whom 500 tortured to death.

According to Human Rights Organization- Afrin- Syria, 450, 000 people are settled in Afrin representing all Syrian territories many of whom Turkomen on the border with Northern Kurdistan and 500 Palestinian families brought by Palestinian organizations. 200 families of these were settled in the city and 300 others between Deir Balout and Atmeh.

Ibrahim Sheikh Spokesperson for the Human Rights Organization- Afrin- Syria, said: what tales place in Afrin now of breaches, murder, abduction, and taking possession of properties are all to change the demographic nature of the canton.

Sheikh said Turkish is taught in schools and photos of Erdogan are hoisted as well flag of Turkey hoisted in front of shops and the Turkish currency replaced the Syrian one.

Sheikh went on to say Afrin was attached to Hatay and the city is run by a Turkish vali. They say it is attached to Alexandretta.

On the intention of Erdogan to settle one million Syrian refugees in northern Syria under the so-called Voluntary Return, Sheikho says this is to consolidate the demographic change as Erdogan exploits the world preoccupation with the war in Ukraine. ''we want these refugees return to their areas but not to ours''.

Sheikho added Afrin was a bargain swap by the Russian Federation in return for Eastern Ghuta and other areas in Aleppo and Damascus to Syrian regime.

''Kurds are deported, killed and displaced, they are replaced by strangers. These breaches are committed because Afrin was Kurdish merely. Today it is being Turkified by the Turkomen factions and getting rid of Kurds in Afrin'', Sheikho said.

Ibrahim Sheikh Spokesperson for the Human Rights Organization- Afrin- Syria, said Afrin bears resemblance to Alexandretta. ''today before tomorrow we ought to declare mobilization due to what is taking place in Afrin, Sere Kaniye and Gire Spi'', he said.

Turkish occupation state aims to settle a million simian refugees along the order with Rojava and Northern Kurdistan to create a buffer zone. 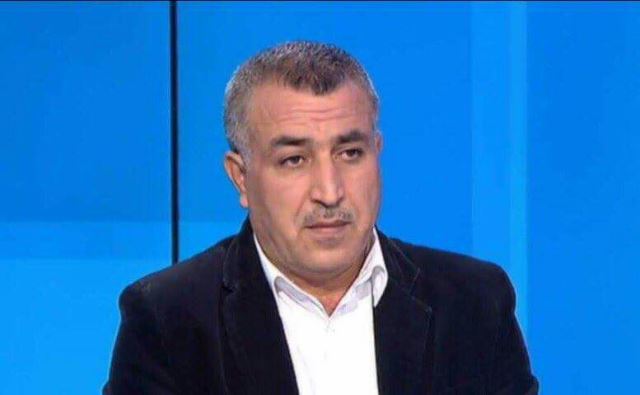 From his part head of the Kurds Without Borders Kadar Pire says the Turkish scheme was made of three phases, first, it was old dreamt by Turkey to occupy these areas directly, second, to create a safe zone they allege, and third top settle Syrians who fled to Turkey and those gained Turkish citizenship to be settled on the border with Rojava to create a buffer zone. The scheme was undertaken when Kurdish cities of Nusaybin and Seruj were de4stropyed.

Pire says those settled in Sere Kaniye and Tal Abyad are non-Syrians. They are Iraqis and Chinese Uighurs. They were settled there to re-enact the Alexandretta example.

Kadar Pire says in case Turkey fails in its plot then there will be now stability in the region. It will recourse to sedition and anarchy. The demographic change is a broader case. It is not that some persons are deported or exited from their houses. Turkey seeks to keep Syria in a state of murder and infighting.

On the dangers posed by the settlement scheme Pire says the project is very obvious. It is not secret. It is periodical where some people are exited from their houses and lands to be replaced by others. This will have grave repercussions in the future in the region as a whole and on the co-habitation of the Kurds and Arabs . this is a sedition the Turkish occupation state seeks to sow for its benefits.

Pire called on Arabs and Kurds to foil he scheme as soon as possible for if the project sees life it will ensue murder and destruction in the whole region.

According to Pire Turkey makes use of its geopolitical position and its affiliation to NATO and its manoeuvres with the Russian Federation in giving support to the Ukrainian regime and from another side it seeks to be a part to the solution regarding the war in there by hosting both warring sides there.

Pire says what Turkish occupation state does in occupied areas in this short period of time of occupation is to annex more Syrian lands to Turkey. when Minister for Interior Affairs visits such areas this means that such areas are related to Turkey and when electric is fed from Turkey and the currency is the Turkish lira and the Turkish language taught this means that these areas are  attached annexed to Turkey''.