Today, an explosion occurred in the Turkish-occupied town of Tel Half and its mercenaries, which was caused by a car bomb attack targeting "Tel Anom" checkpoint shared by the mercenaries of  "al-Hamzat Division and the civilian police" west of Tel Halaf, in the countryside of Serekaniye / Ras al-Ain, north of al-Hasakah.

According to the Syrian Observatory for Human Rights, the bombing resulted in killing 6 people as a preliminary toll, in addition to more than 15 injured. 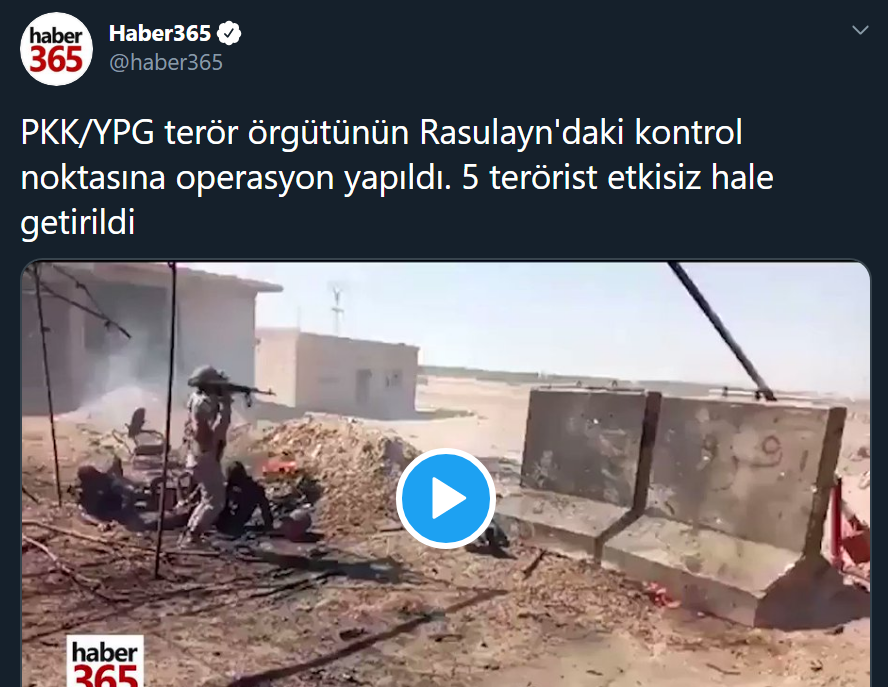 SDF of standing behind them when the victims of the bombings are civilians.
It is worth mentioning that the blast was the fifth to hit the occupied city of Serekaniye in a week.

The Turkish occupation army and its mercenaries are bombing the populated village of Salib i...