The second day of International Forum on Daesh, which is being held in Amouda city in north and east of Syria, will touch upon the military and security aspects of Daesh terrorism.

The session is ruled by a group of jurists, politicians and intellectuals, a fellow of the new US Security Center and senior analyst at James Town, Dr. Nicholas Heras. He also works for the Middle East Security Program, the former Special Forces Brigadier General in Saudi Arabia, Ben Omar, and commander in (YPJ) Tolhildan Ahmed and journalist Zana Omar.

Nicholas Heras said during his lecture "Daesh occupied 40 percent of Syria's territories and recruited more than 100,000 people, 65,000 of whom were foreign nationals, and received about 2,000 elements during a month, and was promoting the accession of these through their media to intimidate their enemies, and also propaganda."

The lecturer and former dean of the Special Forces in Saudi Arabia, who holds a master's degree in international relations from the University of Durm Saad bin Omar focused in his lecture on the psychological factors used by Daesh mercenaries to reach its goals, he added: "He tried to break the psychology of society through media propaganda, such as the killing of prisoners in brutal ways and mass executions and the focus on captivity and slavery, all these acts intimidated the society, Deash mercenaries considered any one violate its orders were being accused in disbelief.

In turn, journalist Zana Omar said: "Turkey has exploited Daesh in Syria and Iraq to reach its Ottoman plans."

"Most of the Turkish border gates were open to the entry and exit of Daesh mercenaries during Kobani battles in 2014," he said.

The Commander of SDF, Tolhildan Ahmad, spoke at the beginning of her lecture to the popular movement in Syria and how it has been diverted into a long-term crisis by external interventions, led by Turkey through its support for mercenary gangs.

The commander praised the adoption of the north-east of Syria, "the third line and distancing itself from wars and crisis."

The factions supported by Turkey are more dangerous than Daesh

The Turkish journalist Fahim Chikki drew attention to the fact that Turkey aimed to facilitate the entry of Daesh mercenaries to Syria to strike the Kurdish people in the first degree, and did not provide any opportunities and possibilities for that through the Turkish intelligence and military and logistical capabilities, and said: "Erdogan's fear of the Kurdish democratic experiment in north and east of Syria, which may be the basic solution to the Syrian crisis, and the possibility of deployment in the Middle East.

Fahim Chikki pointed out that the mercenaries of the "Euphrates Shield" and most of the factions supported by Turkey, such as Jabhet al-Nusra and Ahrar al-Sham, are not better than Daesh, but they are worse than Daesh, and the factions which are existed in Afrin, Idlib, Jarablous and Azaz, they are worse than Daesh, and said: "we must eliminate IS' ideology because it is spread in Turkey publicly, this mind is not a danger to Syria, but is a danger to Turkey as well."

Spokesman of the People's Protection Units (YPG) Nuri Mahmoud praised the role of "SDF and (YPG, YPJ) in the fight against terrorism and steadfastness in the face of all attacks on northern and eastern Syria."

He stressed that "relying on the military side alone will not be sufficient to eliminate this danger. Therefore, it is necessary to unify the political and military ranks to find a plan to eradicate these threats in full as so so that the region can enjoy permanent stability and security." 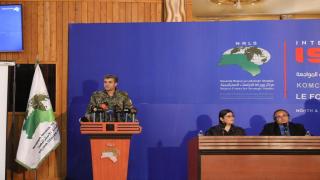 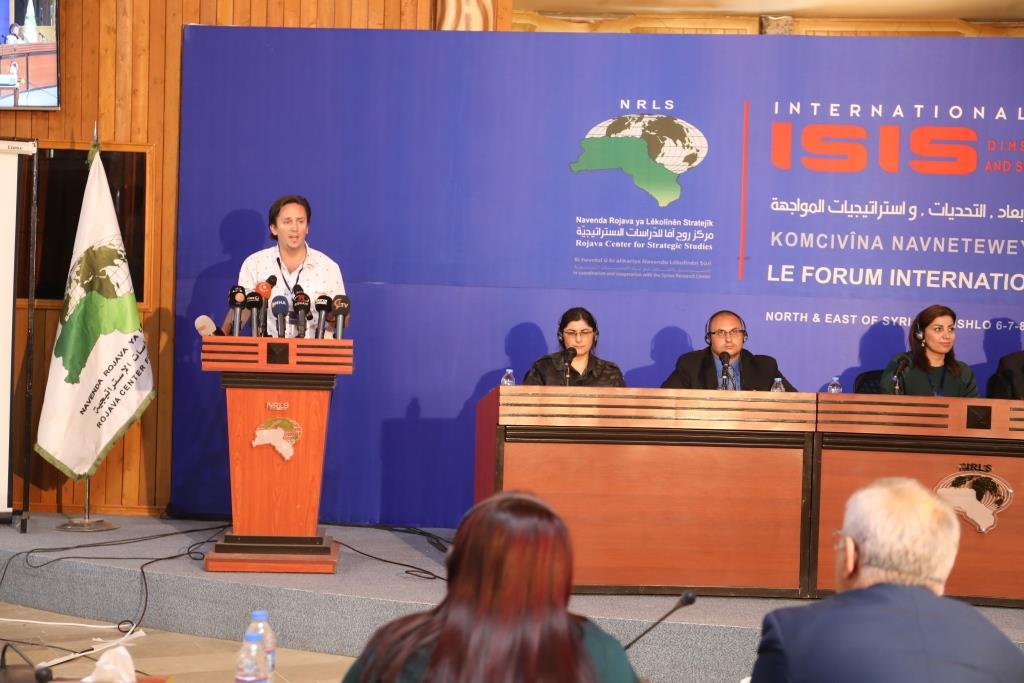 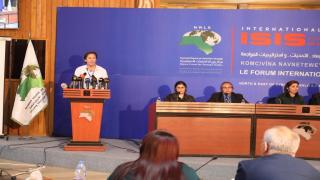 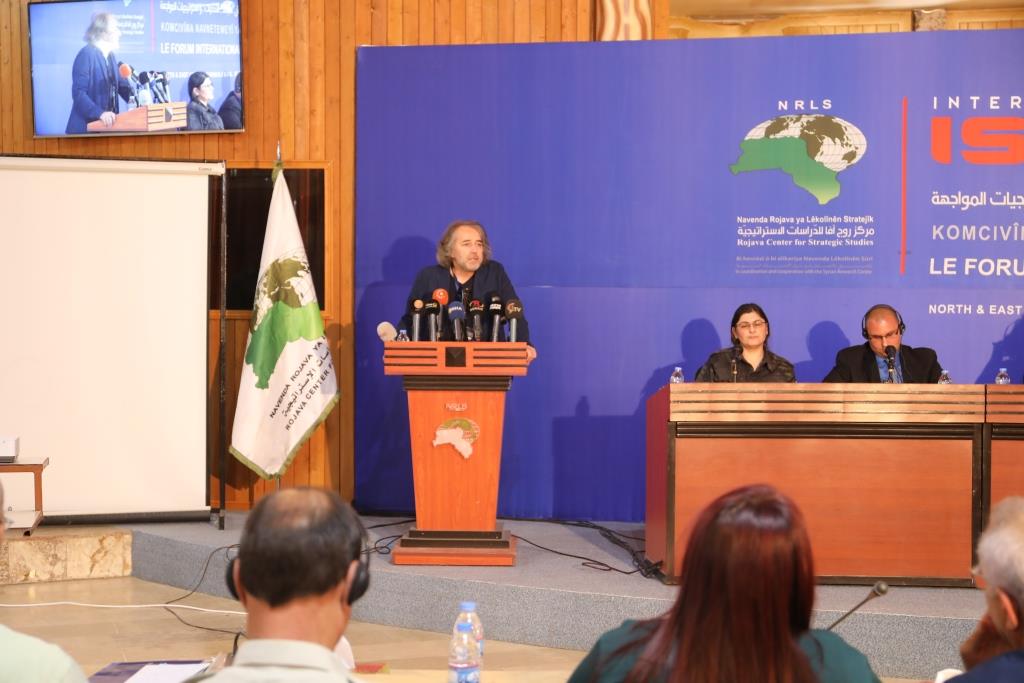