According to parliament spokesman Abdullah Balikhak, Aqila "the record of denouncing the Turkish parliament for interference and its support of terrorist armed militias and outlawed against the forces of the National Army," quoting Sky News.

In his speeches, he also stressed the occupation of the capital of Tripoli, the Central Bank of Libya and state institutions by the leaders of the terrorist militias that loot the people's money, and practicing of looting and kidnapping, and the smuggling of human beings and the wealth of the Libyans."

"The military establishment is the safety valve for the unity of Libya, the protection of the constitution and state institutions, and a guarantor of rights and freedoms," he said.

Turkey supports Fayez al-Sarraj's government in Tripoli and supplies its militias with weapons and money. The Libyan national army has already stopped shipments of Turkish arms destined for the militias of Tripoli and Misrata

Libya's national army launched a crackdown on April 4 to try to wrest control of the Libyan capital from factions responsible for destabilizing Libya since the fall of Muammar Gaddafi in a NATO-backed uprising in 2011.

The army destroyed a Turkish plane, which was parked at the only airport operating in Tripoli, last Sunday, and announced the state of public mobilization, in light of the escalation of tension with Ankara.

The Iraqi Supreme Judicial Council announced, on Tuesday, the formation of a judicial invest...

Members of the US Senate criticized the US Department of Defense for postponing Turkey's rem...

Reports indicated that groups linked to Iran were responsible for the assassination of the I...
Old Website 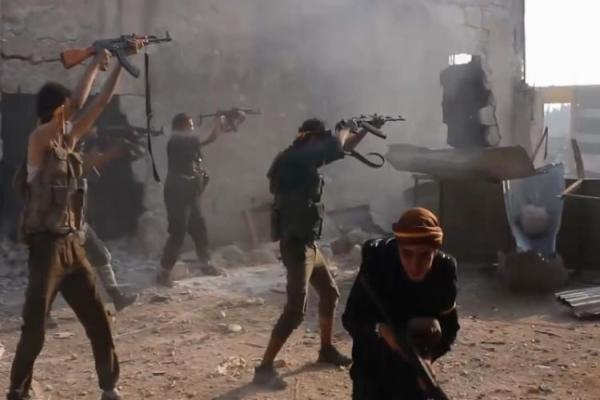