The course was named after the “Martyr Mustafa Mussa,” included 57 members of the Internal Security Forces, during which they received intellectual, military and political lessons for 55 days. 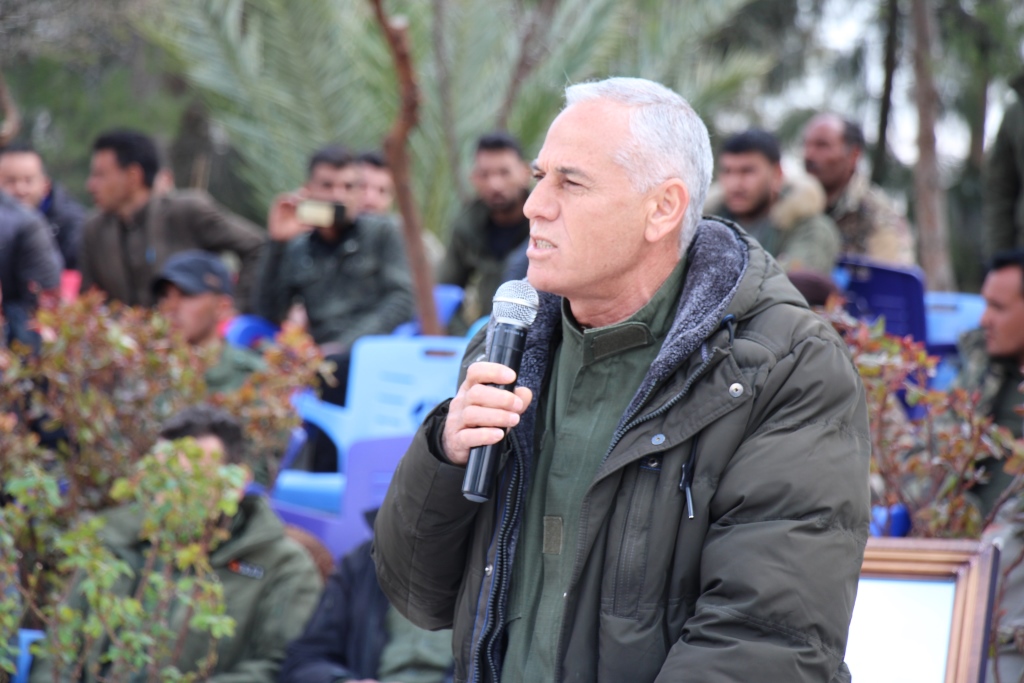 The graduation ceremony began with a minute of silence, then the co-chair of the Interior Authority for North and East Syria Ali Hajjo delivered a speech in which he said: “March occupies a great place in the history of our people, as it is the holidays month, uprisings, resistance and victories.”

He added: "Today, we congratulate all components of the NE Syria on the victories that our heroic forces in the SDF and the ISF have achieved over the dark and terrorist forces, under the philosophy and thought of the democratic nation, which represent the values ​​of coexistence and brotherhood of peoples. 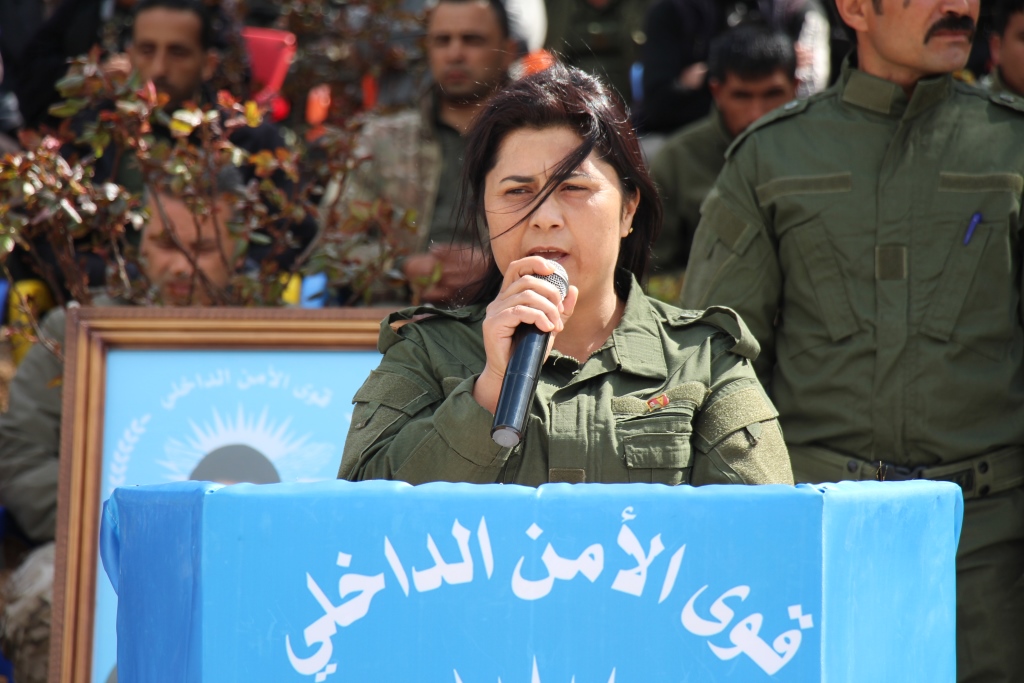 For her part, Faryal Hassan congratulated the the graduates, and indicated through her speech that "International Women's Day coincided with the graduation of a new course of the Internal Security Forces."

"This year is the year of unparalleled struggle and freedom, and in order to achieve women's freedom, we will end this war and the extermination of women and the cruelty imposed on our geography through our struggle in all areas of life and at all levels," she stressed.

Then the graduates took oath and pledged to preserve the sanctities of the martyrs and the democratic values of the nation, so that the graduation ceremony was concluded with giving the certificates to the graduates.

It is noteworthy that the martyr Mustafa Musa, was killed while participating in the campaign to liberate Manbij from ISIS mercenaries in 2016. 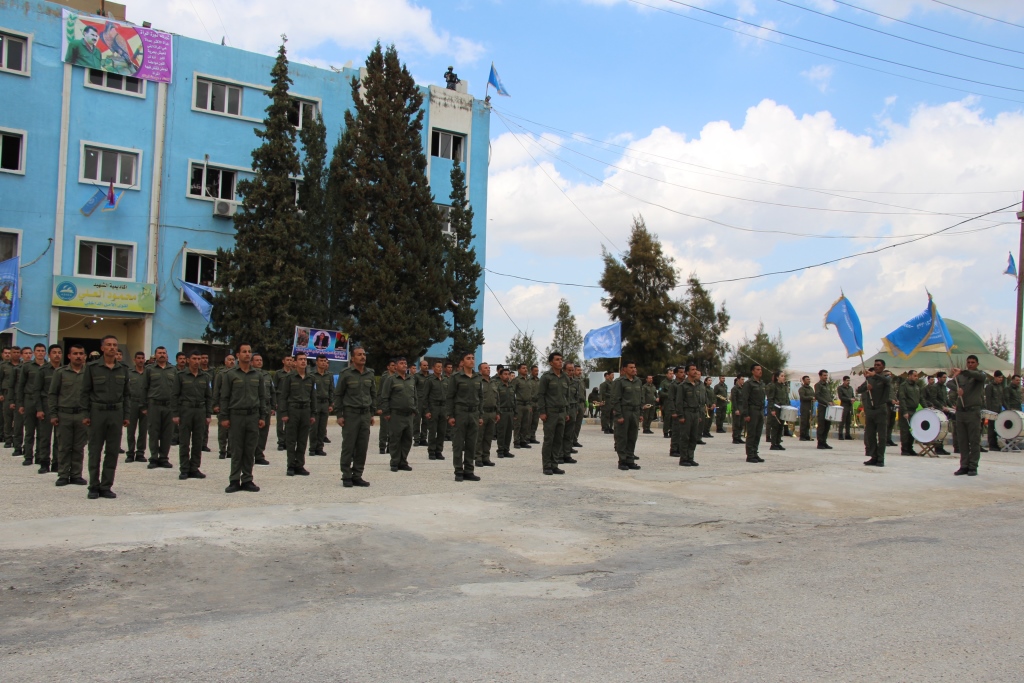 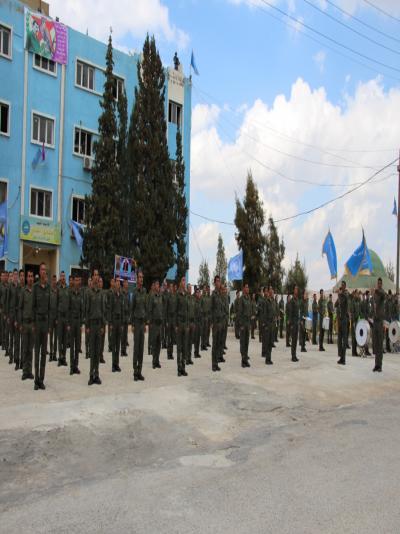 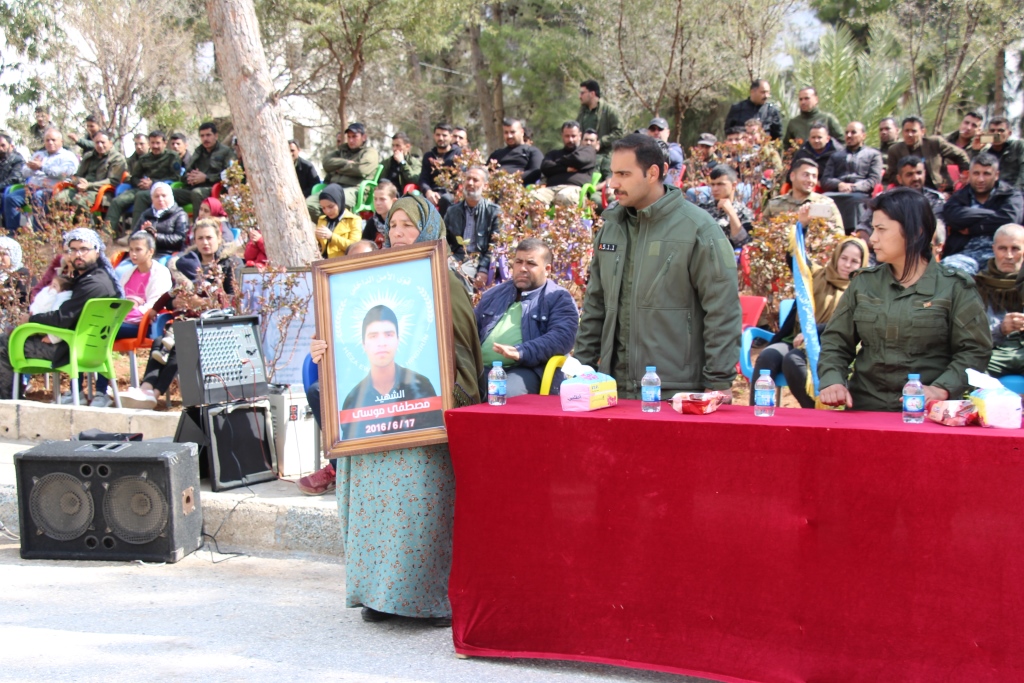 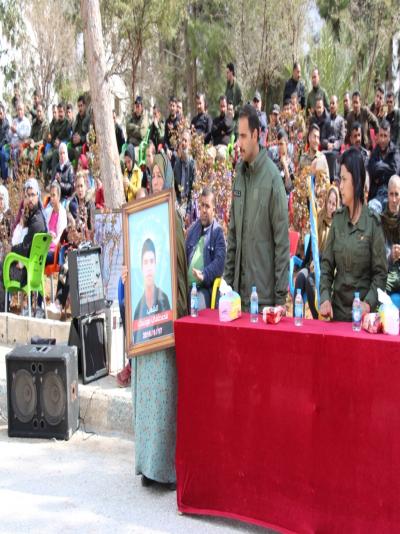 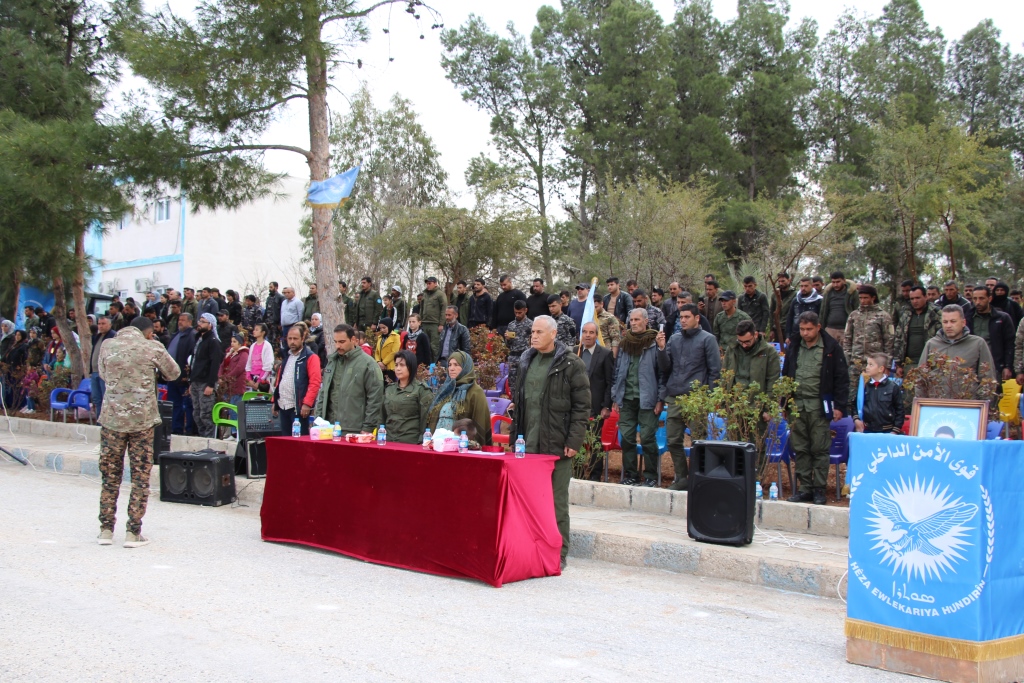 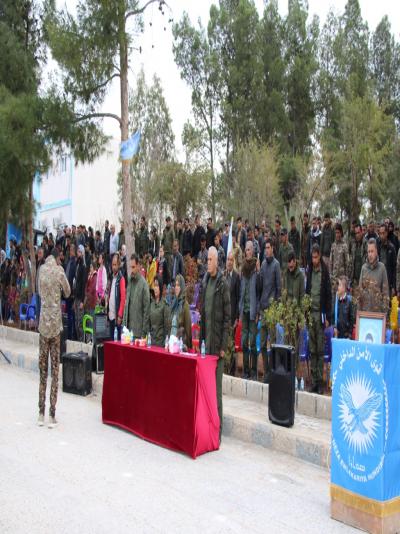 The Syrian Democratic Forces announced the arrest of a member of ISIS sleeper cells in the e...

By photos ... Destruction caused by Turkish tank shells of village in Ain Issa