After the unsuccessful efforts of the Turkish occupation and the Syrian government to strike the Autonomous Administration project in NE Syria, the umbrella for components of the region, they are currently waging a special war to strike the stability of the region.

One of these rumours is when Turkish army-backed factions launched a military operation to occupy Al-Darbasiyah, this caused a state of fear and anxiety among people of the town, likewise, Turkish occupation and Syrian government use allegations as a private war.

Correspondent and presenter of "Al-Darbasiyah FM" radio, Malva Ali explained that what the Turkish occupation and Syrian government are doing is a kind of new special war, she stated: "When major power states want to preserve their interests and come out with the least possible losses, they wage this kind of war to pave the way internally and intellectually to oppress people."

The Turkish occupation and the Syrian government are trying to make the peoples of the region live in a state of instability and suspicion by spreading false news, in order to facilitate their work in the region without the interference of any other party.

Malva Ali points out: "Al-Darbasiyah is the closest example of this. Every time Turkey is spreading rumours of launching a military operation on the district, it aims at spreading anxiety, fear and breaking firm faith in the Autonomous Administration and military forces on the ground."

Before 2011, Turkey could not intervene in the Middle East only through using special warfare methods including drama and cinema that entered every home, where everyone imitated the culture, customs and traditions of Turks' culture.

Malva Ali saw that the media in northern and eastern Syria has the most prominent role in standing against the special war by raising awareness and explaining the special methods of warfare so peoples can do their duty in society.

The independent journalist, Akram Hamo, noted that the goal of this special war is that the Turkish occupation is trying to study the situation of the targeted region in terms of stability, security and solidarity among its components.

They exploit the Kurds to prove their rumours

The Turkish occupation uses social networking sites and media channels by assistant spies depending on the people of the region, where their mission is spreading false news and convincing people to believed it.

"Turkey is using some Kurdish forces and pages on social media to confirm sincerity to the citizens of the region, but the real goal is to empty the region and strike its security and stability in order to implement its plans," Hamo mentioned. 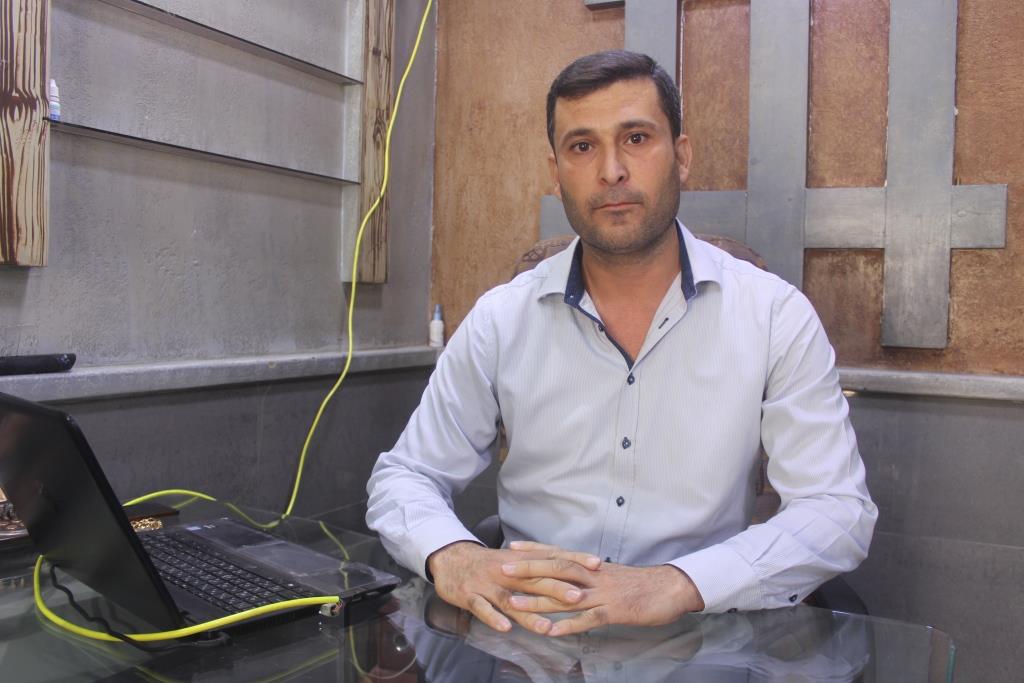 Hamo believes that the special war had an effect on destabilizing the region with the help of Kurdish parties, despite the agencies spreading rumours and saying, "A month ago, one of the owners of social media pages published urgent news that Turkey entered Al-Darbasiyah and clashes had broken out between the Syrian Democratic Forces and Turkish army. Thus, fake news left a negative effect.

The journalist Akram Hamo noted that media must stand up to these rumours and educate people about the danger of private war, especially in showing truth via pictures and videos, and said: "Everyone can show the lies of rumours, whether by the people or the local or global media."

Families of martyrs in the ranks of Guerrilla considered that  Kurdistan Workers Party (PKK...

A leader in the Syrian Democratic Forces (SDF) indicated that they surrounded a large group ...

Today, a Turkish "drone" reconnaissance aircraft fell east of the city of Kobane, near the b...
Old Website