This came during a meeting organized by the Kongra Star in Al-Hasakah, in conjunction with approaching the International Women's Day, under the slogan "Our Struggle Is the Guarantee of Women's Revolution.”

Dozens of the city residents, in addition to members of civil institutions, attended the meeting which was held in Resho hall in Al-Musharifa neighborhood. 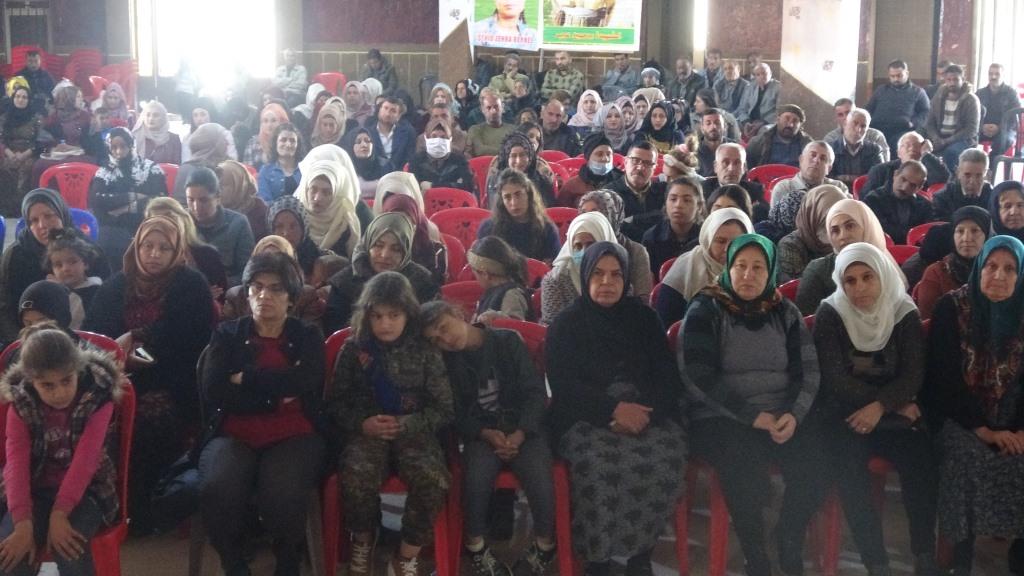 The Member of the Kongra Star Coordination in Rojava, Medya Mohamed, congratulated the International Women's Day on all women of the world, and said, “On this occasion we also congratulate the mothers of the martyrs who sacrificed their sons and daughters for the sake of freedom and peace in the region, and the leader Abdullah Ocalan who provided women with all their rights and liberated them from injustice.”

Medya Mohamed indicated that women have become strong, developed themselves, and have participated in all political, social and many other fields, and they no longer accept the authoritarian thought that controls and enslaves them.

Medya continued her speech, “Women were subjected to a lot of injustice, the worst crimes were committed against them, and many of them were assassinated, the last of whom was the two comrades in the town council of Tel Shayer Saada and Hind, with the aim of breaking free woman's will, stripping their rights and making them a tool to move them whenever they wanted.”

At the end of her speech, the Member of the Kongra Star Coordination in Rojava, Medya Mohamed, called on all women to struggle more, defend their rights, organize themselves in all fields and not yield to the authoritarian mentality.

The meeting ended with a short film about women's resistance and International Women's Day, March 8th.

Once again, the Turkish occupation state announces its racist and patriarchal mentality and ...

The members of the Kongra Star in Tel Hamis district recalled the anniversary of the death o...