Hawar news agency (ANHA) obtained pictures from the Turkish-occupied Girê Spî / Tel Abyad in northern Syria, showing the demolition of mercenary gangs affiliated with Turkey, tombstone of the shrines of the martyrs in the shrine of the martyr Mahmoud Tomaha, located in the village of Tanouza. 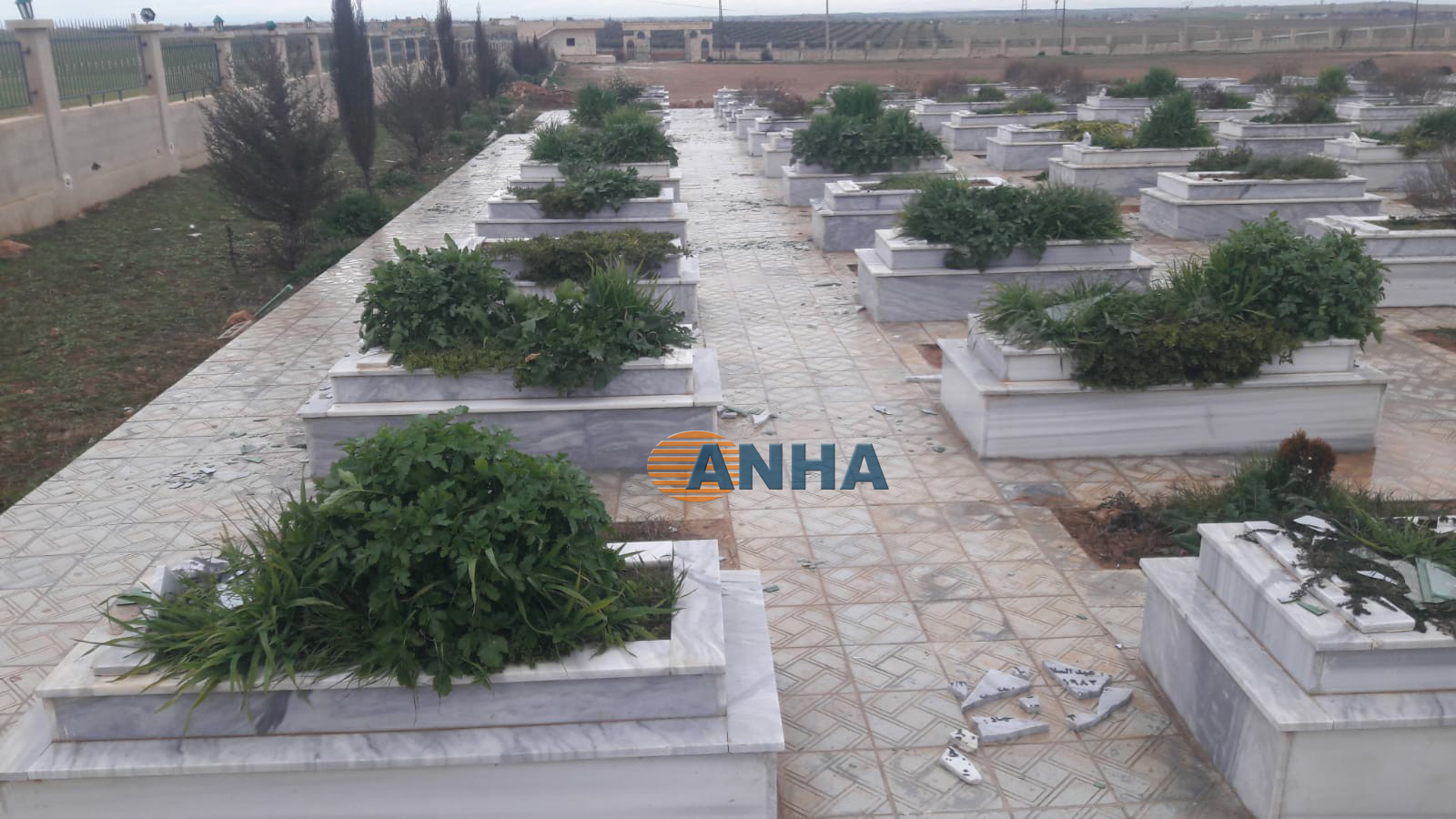 The shrine includes the shrines of hundreds of martyrs from the people of Tel Abyad district of various components killed during their defense of the canton, and during their participation in the war against ISIS mercenaries, in addition to martyrs killed by Turkish occupation soldiers.

Turkey occupied the city of Tel Abyad and its villages after an attack it launched in the regions of NE, Syria on October 9 last year.

Since Turkey occupied the region, it has begun to change its features and adopt Turkification policy and demographic change by displacing the residents of the region and settling Syrian refugees from other regions in the area.

Former Lebanese Minister: They searched for Turkey and its sabotage project throughout the region