Since Afrin was occupied at least 1000 women have been abducted in addition to 84 killed and sexual assault against 71 ones according to Women Office of the Civil Society associations in the Afrin Canton. The last of abduction case is that of lawyer Najah Umar A'rus on 23 October the current. Najah who descends from the Afrin district of Raco was abducted by the Turkish intelligence services the MIT. 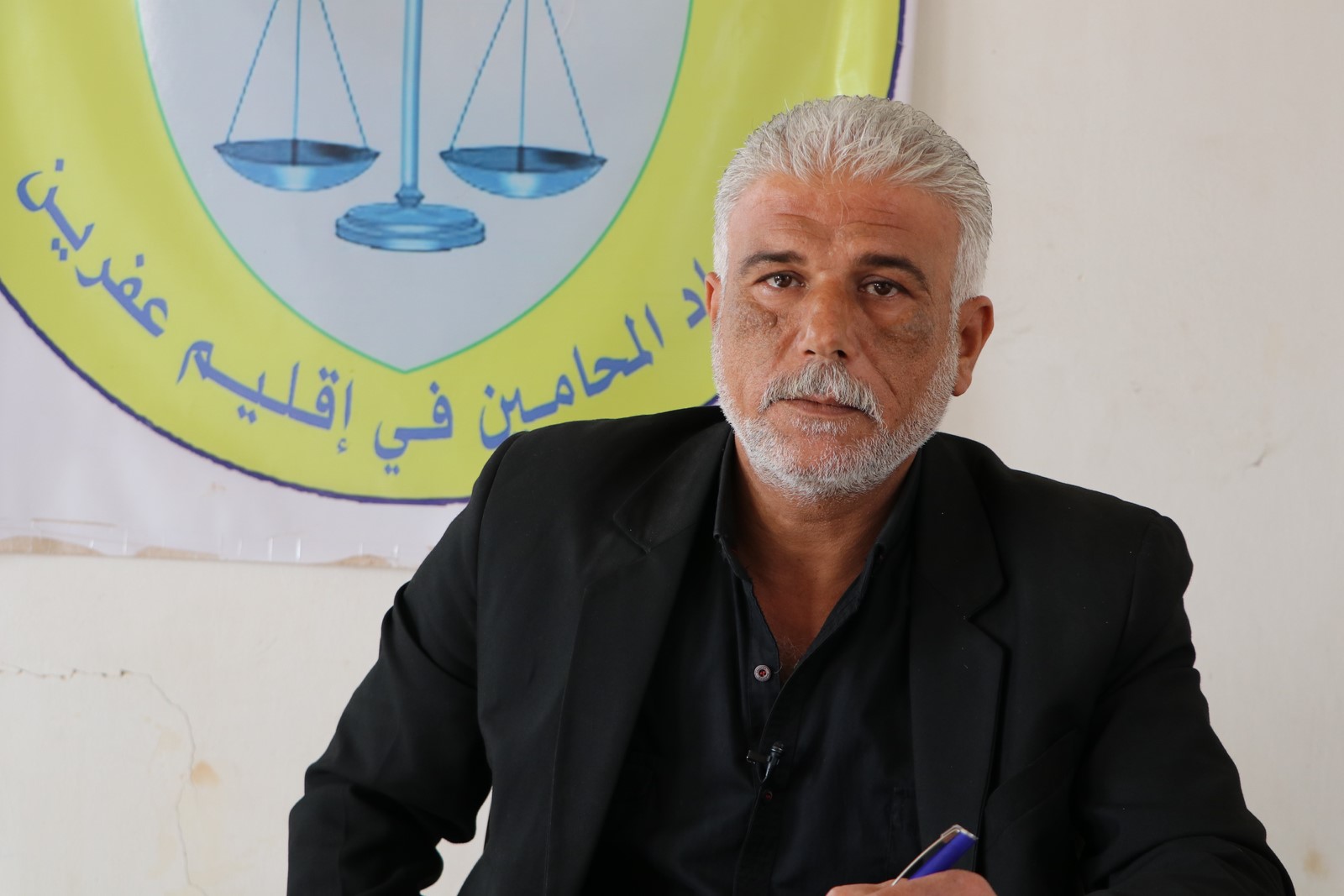 On the issue, Co-chair of the Afrin Lawyers Union Gabriel Mustafa was interviewed by ANHA. Mustafa indicated that abducting lawyer Najah Umar A'rus is another crime added to the criminal record. '' this contradicts all international laws and conventions and the laws relevant to law practice internationally, for a lawyer is immune to any internment except for being indicted and after receiving a note from the Syndicate and with presence by fellows''.

Mustafa said that according to international human rights associations Turkey is ranked among the ten countries that contravenes human rights and dignity. Adding that all crimes committed in Afrin are being carried out by a direct supervision of the MIT.

Mustafa went on to say that Turkey breaches the Geneva four conventions most notably the fourth one relevant to civilian lives, and the two subsidiary protocols of 1977.

On the escalation by the Turkish occupation forces and the mercenary groups of women in Afrin recently Mustafa said all these abductions runs in retaliation for ISIS mercenary groups defeat. Mustafa said Afrin has being coerced into a safe haven for ISIS groups under Turkish intelligence'' we all know that commanders of ISIS and the Nusra Front and others that are enlisted terrorists became leaders in the factions of the free National Army''.

Gabriel Mustafa concluded by saying ''what happened at the hands of ISIS mercenaries in Shengal and what Turkish intelligence do in Afrin are not different but it is done under different names, the aim of which is to break the will of the Kurdish women via sexual assault, abduction, murder and enforcing minors to marriage''.