The idea of ​​forming the National Defense Militia goes back to the time of the outbreak of the Qamishlo uprising on March 12, 2004, when the Ba'athist regime began organizing the Baathist chauvinists in the cities and towns of Rojava in the form of groups that attacked the Kurds and wrote reports on Kurdish national figures.

At that time, these chauvinist groups, in conjunction with the campaign of raids and arrests the government forces launched against the Kurdish people, went to the central markets, especially in the cities of Qamishlo and Hasaka, and broke the locks of the shops and looted their items, as the value of the stolen items reached millions of pounds at that time, and this was documented through video clips monitored by some residents, despite the lack of technology development compared to the current time and the spread of modern mobile phones.

With the outbreak of the Syrian crisis and the government's use of violence against the demonstrators, these groups returned to the forefront again, as the Damascus government formed militias in 2012 in the city of Homs, after the battles with armed groups intensified, and from there the Syrian government began to spread the structure of this group later in various parts of Syria.

This militia was initially formed under the name “Popular Committees” and consisted mainly of racists, chauvinists, and those who joined the Baath Party that has ruled Syria since 1963, and who had previously been in charge of reporting citizens' movements and talking to the security branches of the government.

Little by little, these militias began to take on another character, as the security branches of the Damascus government set up special barriers for these in the Syrian cities, as they were intimidating the people to prevent them from going out in demonstrations against the government, kidnapping the rich and demanding a ransom from their families for their release, and they shared what It is looted and robbed from the people, along with the party they follow, such as security branches.

In 2013, the National Defense Militia transformed into semi-official forces, after the Damascus government granted them material support and recognition, and these militias had administrative buildings run by their leaders, training centers, official stamps, uniforms, slogans and flags, and monthly salaries.

The national defense was not limited to Ba'athists and chauvinists only after the start of the Syrian crisis, in March 2012 and April 2013, Bashar al-Assad issued an amnesty for prisoners, and the amnesty included the perpetrators of criminal crimes and misdemeanors, these were prepared by the security branches, before they were released and they signed pledges to join the National Defense Forces in exchange for their release, and everyone who signed the pledge was released under the name of pardon, and among them was called "Abdul Qadir Hamo", who was later appointed in charge of the National Defense on al-Jazira.

Members of this militia obtained weapons, salaries, and directions from the leaders of the security and party branches of the Damascus government, and on the grounds that they belonged to the Baath Party and were known for their chauvinism, racism, and loyalty to the government, the government granted them full powers in their areas of control, in terms of setting up checkpoints, arresting civilians, kidnapping and extorting them for the purpose of empowering the Damascus government forces to take control.

How does the Damascus government exploit the militias?

The Damascus government uses the National Defense militia to commit massacres, launch attacks on citizens and harass them, in order to evade responsibility for the crimes that are primarily committed by directing its security branches against the citizens, as it uses this group as mercenaries, and it tries to bleach its page in front of the citizens by claiming that the crimes they commit the militia does not take orders from it.

Countries usually exploit such militias and mercenaries to pass their agendas through international companies, such as the American "Blackwater" company that committed massacres in Iraq that the state did not recognize, as well as the Russian Wagner company that has been active in the Arab world starting from Syria since 2014, and also the Sadat Company, which formed in Turkey in order to cover up the crimes committed by the Erdogan regime against the people in Turkey and the areas in which it intervenes, from Syria and Libya to Karabakh, in order to evade responsibility before the law.

The Global Security website says, "The goal of the regime forces in forming the national defense militia is to exempt the regular government forces from their responsibility for the aggressive acts and the crimes they commit."

The National Defense militias have committed bloody massacres in various regions of Syria, and have caused the displacement of tens of thousands of people, and among the most prominent crimes committed by these militias are:

In March of 2012, about 40 civilians were killed in Karm al-Zaitoun in Homs, including women and children, and others were burned.

- In May, the forces of "Brigadier General Hawash Muhammad", commander of the operations room in Homs, stormed the south of the village of Taldo, where the operation lasted for more than three hours, during which 106 civilians, including 50 children and a number of women, were killed, and some were slaughtered with knives.

- In June 2012, it stormed the village of Al-Qubeir in the countryside of Hama, and randomly shot its people, then took a number of men out of the houses and slaughtered them with knives, and burned about ten bodies, and 78 civilians were killed in this massacre, knowing that the militias were taken with them. About 37 bodies, and many of the bodies that were burned have not been identified, and 15 people from the village are still missing, and 22 children have been known among the dead, and as a result of this heinous massacre, Judge Talal Hoshan, Chief of Public Prosecution in Mahrada, defected after forcing him to hold the opposition responsible for this crime.

In 2013, Damascus government forces supported by the National Defense Militia stormed the town of Al-Sanamayn, killing about 60 civilians there, some of whom were slaughtered with knives.

This is part of the crimes committed by the National Defense Militia, in addition to their looting and looting of homes in areas that were controlled by government forces with Russian and Iranian support.

Since the beginning of the Syrian crisis, many differences emerged between the National Defense Militia, which receives financial support, equipment and ammunition from the government forces, and later from Iran and the Russian-backed Fifth Corps, over areas of influence and leadership of the National Defense, and this appeared to the public in As-Suwayda.

Significant differences emerged between the National Defense Militia, which has approached Iran in the recent period, and which has been spreading in most areas of the As-Suwayda Governorate since 2013, where it supports the Damascus government forces and protects the border villages on the one hand, and the Fifth Corps, which is directly supported by Russia.

In Homs and other places, the militias clashed with each other, in a dispute over the leaders that were appointed by Russia or Iran, as well as the looting carried out by the militias in the areas they controlled.

‘In northern and eastern Syria’

In northern and eastern Syria, the National Defense militias are located in several headquarters in the city of Hasaka and Qamishlo: in Hasaka they are located in the security square and the areas controlled by the Damascus government forces, while in Qamishlo there are several centers for them in “Harat Tay” and the villages of “Hamo, Al Tawarij, and Khirbet Amo And Al-Takht, Al-Damkh, and Rihyat Al-Soudah. ​​"

In 2013, the National Defense Militia was known in the Al-Jazira region as “Al-Muqin”, and it was so called because its members wore masks so that the people would not recognize them.

These masked people were known by the people of Qamishlo and Hasaka as the mercenaries, because they kidnapped the people and demanded their families for a ransom in exchange for their release, and they shared this money with the officers in the various security branches of the government forces.

In the summer of 2015, when ISIS mercenaries attacked the city of Hasakah, the main mind of the "National Defense, who numbered more than 600 people," was present in the Nashwa neighborhood behind the Children's Hospital, and when they heard about the arrival of ISIS, they directly declared their pledge of allegiance to ISIS, while the other section located in the Aziziyah neighborhood, east of the city of Hasaka participated in the attack on the city, with weapons, equipment and machinery that the security institutions of the Damascus government had delivered to them.

'The job of national defense after the defeat of ISIS'

On the orders of the government forces, these mercenary groups stood behind the many clashes that broke out in the cities of Qamishlo and Hasakah, by launching attacks on Asayîş forces' checkpoints, with the aim of pitting the families of these mercenaries, who are mostly Arabs, against the Kurds.

The Asayîş forces had previously arrested many of those who detonated the bombs, and it turned out that they were mercenaries of the National Defense, as government forces ordered them to throw bombs to strike stability in the region.

Usually these mercenaries ride motorcycles, masked and move individually or in a group of 2 to 5 people, who take over the tasks of surveillance, monitoring, attack and securing escape routes.

In conjunction with the intensification of the Turkish occupation army's attacks on Ain Issa and Tal Tamr and Zarkan areas, and talks about a secret visit by Turkish intelligence chief Hakan Fidan to Damascus and his meeting with officials in the Syrian security, the Syrian government forces began to create tensions in the cities of Qamishlo and Hasaka.

In this context, on the second of last January, a member of the National Defense Militia threw a hand grenade in the market of the city of Hasaka, killing two civilians, one of them a child, and wounding more than 20 others.

On the third of last January, government forces arrested an Asayish member and another citizen.

On January 23, the National Defense Militia fired at one of the Asayîş checkpoints in the Haklu neighborhood, south of Qamishlo, and the Internal Security Forces responded, so that an exchange of fire took place between the two sides.

Observers believe that the goal of these indiscriminate attacks is to strike the stability and security of the region, so that the Ba'ath media and mercenaries can use it to distort the reality of stability in the region compared to the occupied territories and the areas controlled by the Ba'athist regime.

The National Defense mercenaries of the Damascus government are stationed in 74 villages sou...

Şingal in face of agreement ... what happens?

On October 9, 2020, the Iraqi government and the Kurdistan Democratic Party signed an agreem...

Recognizing Armenian Genocide. How will Turkey be affected and what about its other crimes?

The recognition of the" Armenians Genocide" that committed 106 years ago by the Ottomans had...
Old Website 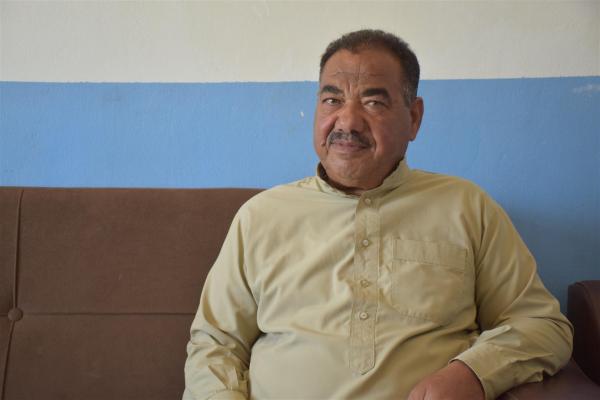 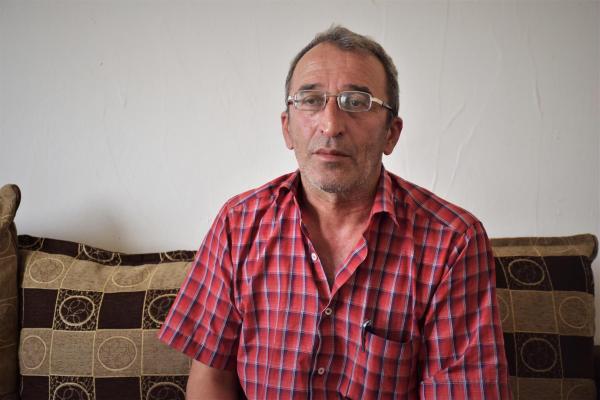 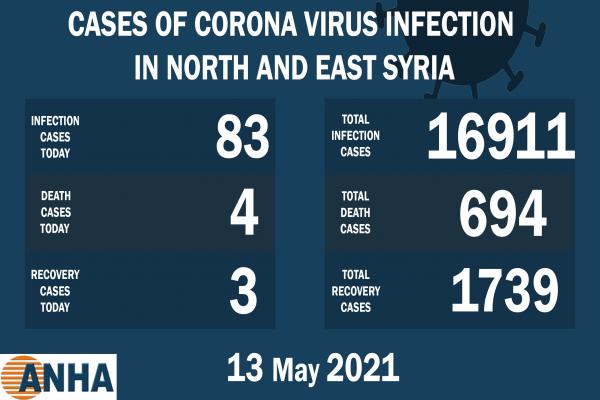