Afrin canton is famous for cultivating olives of all kinds, and according to sources, about 18 million olive trees are grown there.

After the Turkish occupation of the region, hundreds of thousands of trees in the district were cut, burnt, crops seized the crop, and fines were imposed on farmers.

Taking over the property

November is the olive harvest season, but Afrin people have been deprived of this month's bounties for two consecutive years as a result of looting, settlements and seizing their property.

Maryam mother's family who was forcibly displaced from Afrin, like thousands of the families that suffered from atrocities of the Turkish occupation, says in sorrow"" we used to hasten to harvest the olives after having hard time taking care of olive trees, but now we see them being cut down in a cold heart

According to agricultural engineers from the occupied canton, the annual production of olives and its derivatives amounts to about $ 200 million.

Ibrahim Sheikho, the official spokesman for the Human Rights Organization in Afrin - Syria, said that the mercenaries had seized the trees in the occupied villages and have cut down more than 280,000 olive trees, burned more than 15,000 trees, and uprooted more than 20 thousand olive trees so far, according to the organization.

The Syrian Observatory for Human Rights said, "Thousands of olive oil tanks were stolen by the elements of Operation Olive Branch forces, and sold in various markets."

A number of merchants reported that it was difficult to secure olive oil, due to Turkey's prevention of exporting the domestic product to the Syrian market, where it is sold abroad as Turkish production.

This was confirmed by the Human Rights Organization in Afrin-Syria spokesperson, as well as the Spanish newspaper, Publico, which published a report on the topic entitled "Processing Afrin Olives and Transporting them to Turkey."

The newspaper mentioned that Turkey transports Afrin olive oil in northern Syria and then brand it under "Turkish product" and exports it through intermediary companies.

Sheikho said that in the 2018, the Turkish occupation in cooperation with its mercenaries, stole more than 70 thousand tons of Afrin olive oil, and exported it to the European Union as a Turkish product"

Sheikho confirmed the existence of a Turkish-financed Karim al-Kurdi company in Afrin for olive oil trade. It is exported under fake names abroad and the supervision of Turkish intelligence.

Securing Afrin olive oil is limited to the Syrian market through smuggling, as the cost of one tank from Afrin to the city of Aleppo is about 27 thousand Syrian pounds, and the price varies according to the dollar exchange rate.

The merchants indicated that they pay bribes to the mercenaries cross the necessary goods through a long line that starts from Afrin towards the areas of the so-called "Euphrates Shield" to Manbij, and from there to the city of Aleppo, on 300 km journey.

All these costs are added to the price of the oil tank, so that its price is now about 109 thousand Syrian pounds.

Taxes vary from village to village

The Human Rights Organization in Afrin – Syria also reported to our agency that mercenaries are imposing taxes on those who were able to harvest part of crops.

The mercenaries of the Amshat faction, imposed 8 dollars at the first time on each tree, fruitful or unfruitful, and 15 percent of the crop production.

A general strike took place for the people over harvesting the crop, which required the faction to negotiate with the people and approve the imposition of a $ 11 tax on fruit trees and exempt them from non-fruitful trees in addition to 15 percent of the total season.

In the villages of Sheran sub-district, the mercenaries of the Sultan Murad faction adopted another way to steal the crop, namely, forcing the people to sell it to them in the name of the guarantor, according to the price set by the faction, thus forcing them to sell it at low prices.

According to Sheikho, the official spokesperson for the Human Rights Organization in Afrin - Syria, the mercenaries did not allow the displaced families to harvest crops this season, which means that the mercenaries will fully seize the produce. 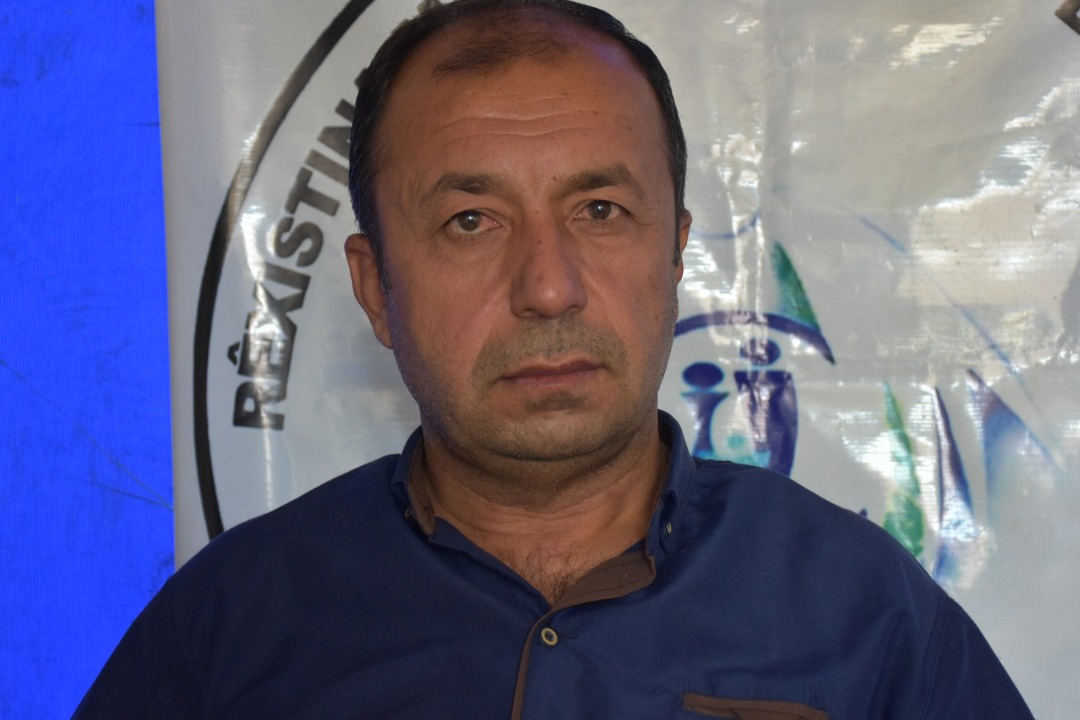 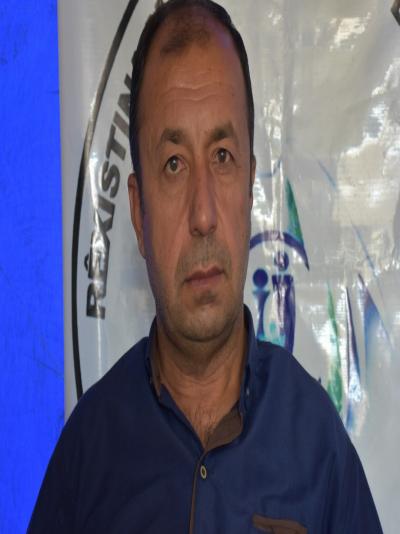 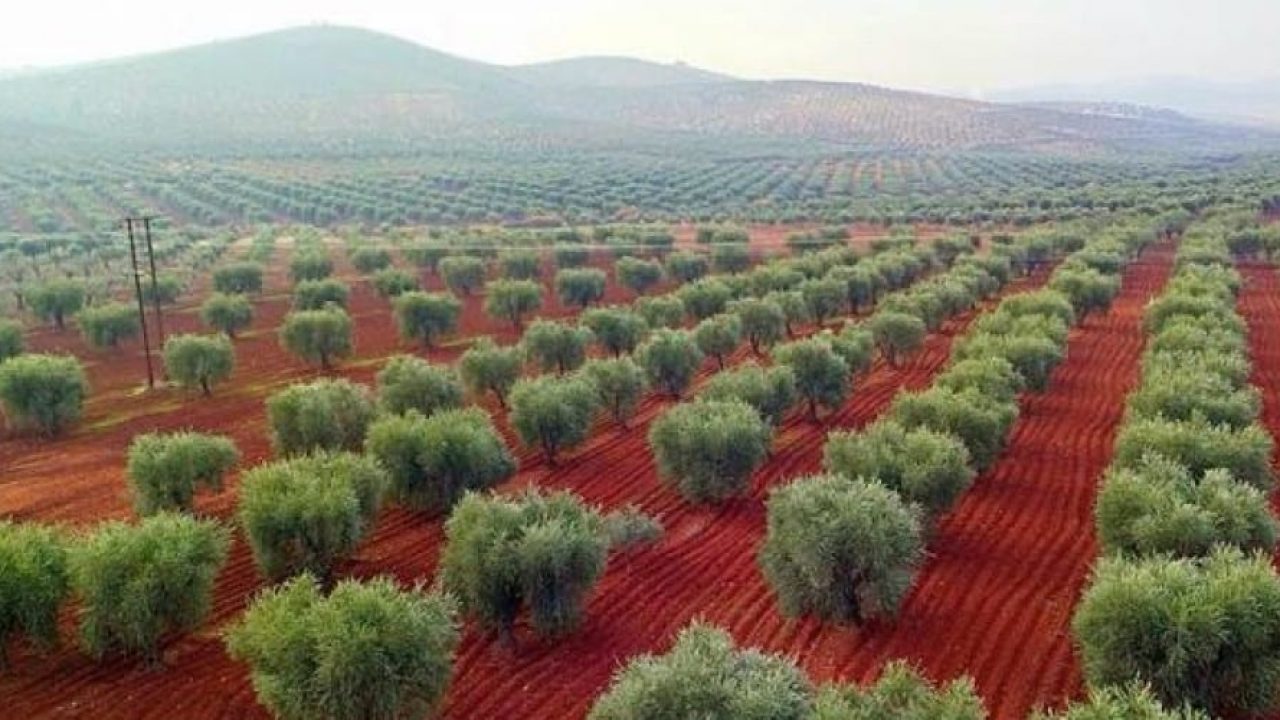 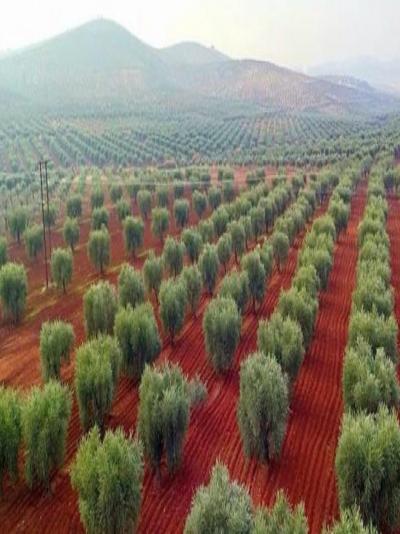 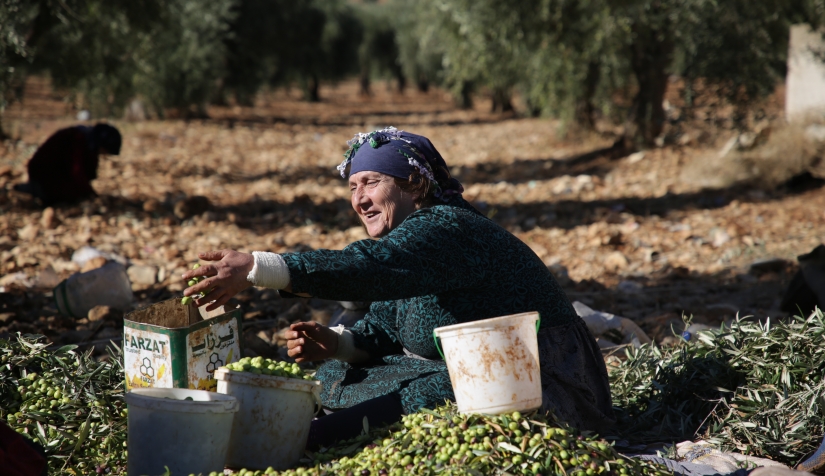 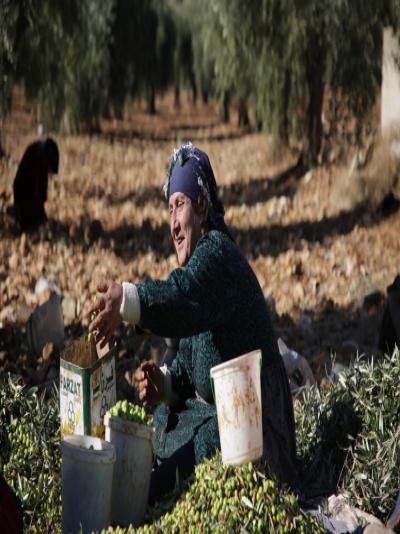 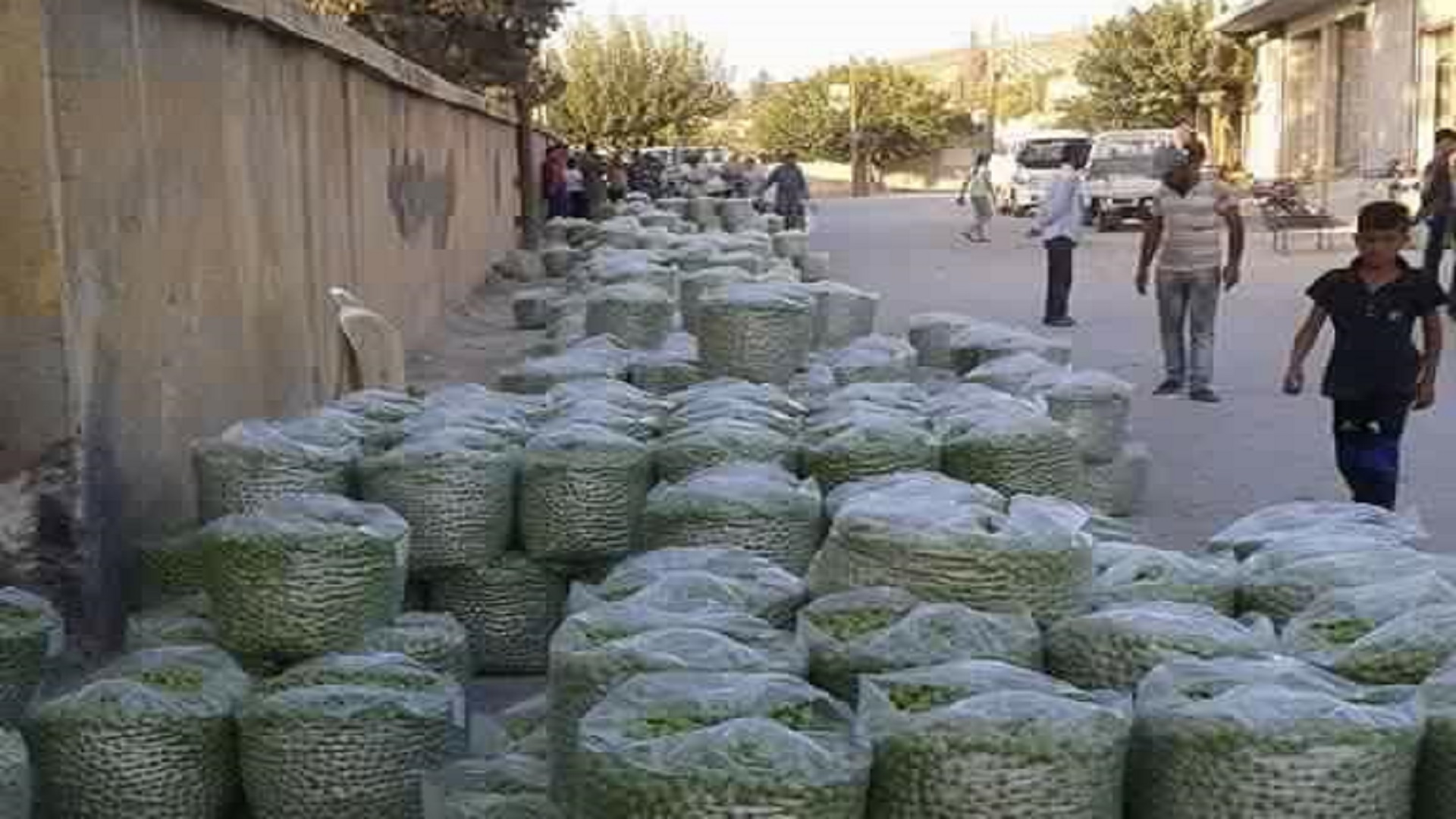 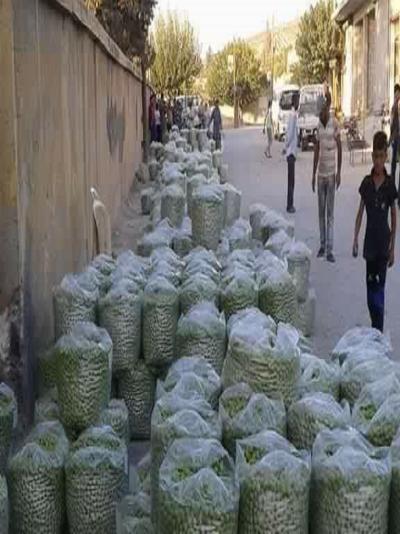 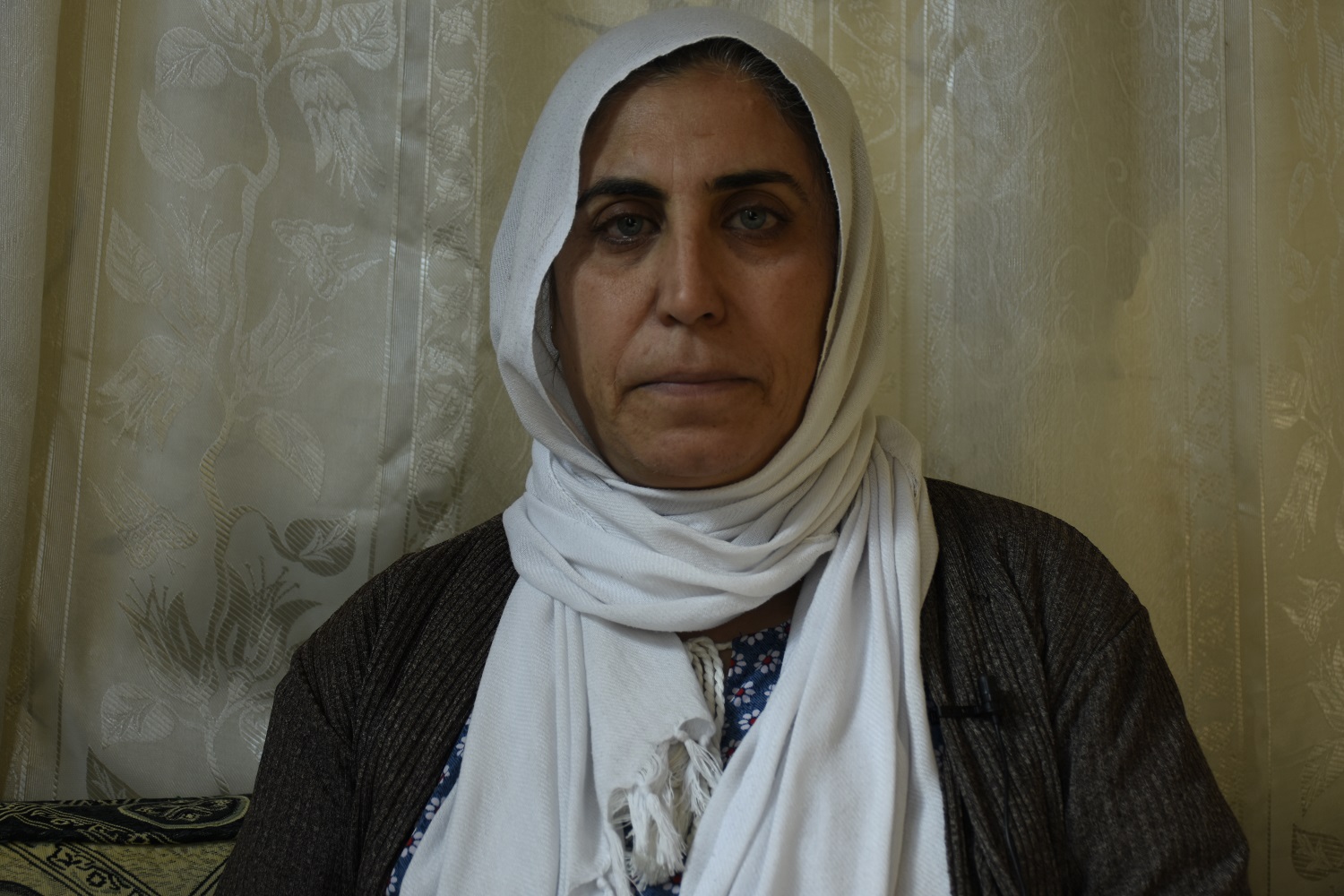 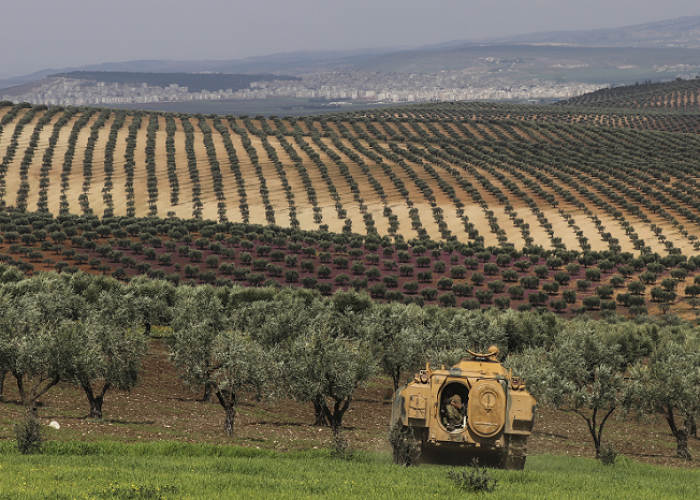 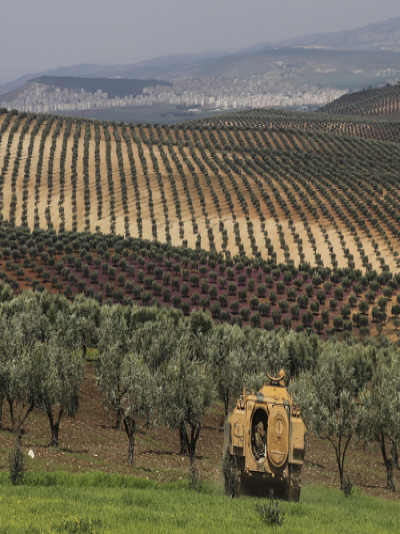 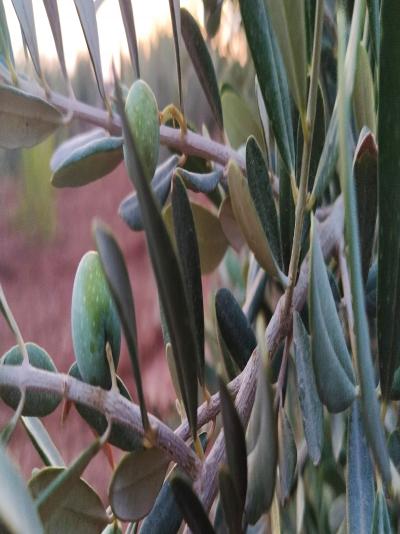