The SDF continued searching operations in the eastern city of Deir ez-Zor for the second consecutive day, as part of its second-phase campaign" Counter-Terrorism" .

This morning, the SDF found a former warehouse of ISIS mercenaries in the town of Shuhail, east of Deir ez-Zor. 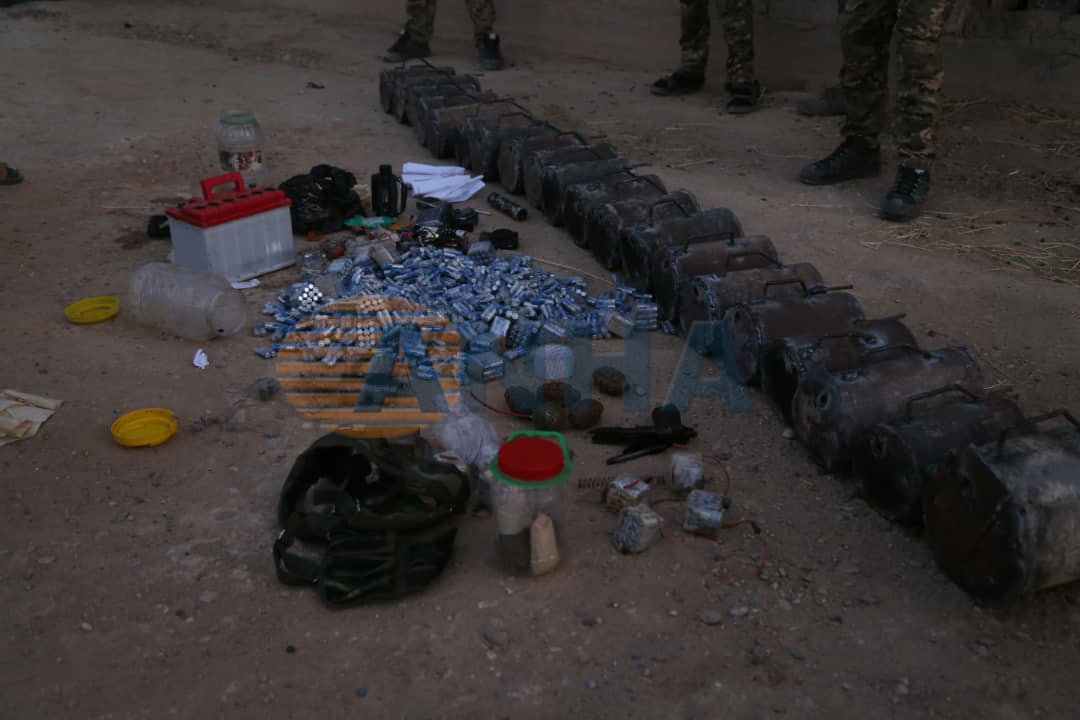 The warehouse contained 2000 mortar shells and 20 landmines, a Kalashnikov weapon, quantities of Kalashnikov shots, and 5 phones.

The SDF also arrested a mercenary believed to be an ISIS Emir, according to a field commander.