The demonstrators set out in front of Al-Araimah town council, carrying the flags of the Al-Bab Military Council, and signs that read "Turkish state crimes and their mercenaries are continuing against civilians under the international silence", in addition to carrying pictures of martyrs of the massacre.

"The Turkish occupation, as usual, committed a horrific massacre against our defenseless civilians in the village of Qurt Wiran, which killed six people and a number of wounded people, their fault because they lived in their homes in search of security, safety and a decent life.

The statement added: This indicates that the Turkish invaders left only one of the arts of murder and criminality and used it and tried it against our people and our people to prove to the world that they are professional criminals, they profess killing and destruction and do not differentiate between a child, a woman, or an elderly man.

The statement also pointed out that the criminal tyrant Erdogan is the one who leads terrorism in our country and the entire Middle East region, trying to satisfy the love of murder and firm crime between the convolutions of his mind and the folds of his heart.

The statement added: We condemn in the strongest terms, these massacres committed against our children, women and all our people, as well as the global and international silence regarding the crimes of the Turkish invaders. This silence is a participation in the bloodshed of the peoples of our region. We call on the world, honorable and human rights organizations to stand up to this the oppressor and deter him, prevented him from carrying out these massacres, and pressured him to extinguish his thirsty love for murder and crime.

The statement concluded by saying: We assure the entire world that we will stand up to his crime and ambitions no matter how much it continues to criminalize, stressing that if we possess all the weapons of the world we will not attack anyone.

The demonstration ended with chanting slogans that glorify the martyrs and revive the resistance of free peoples. 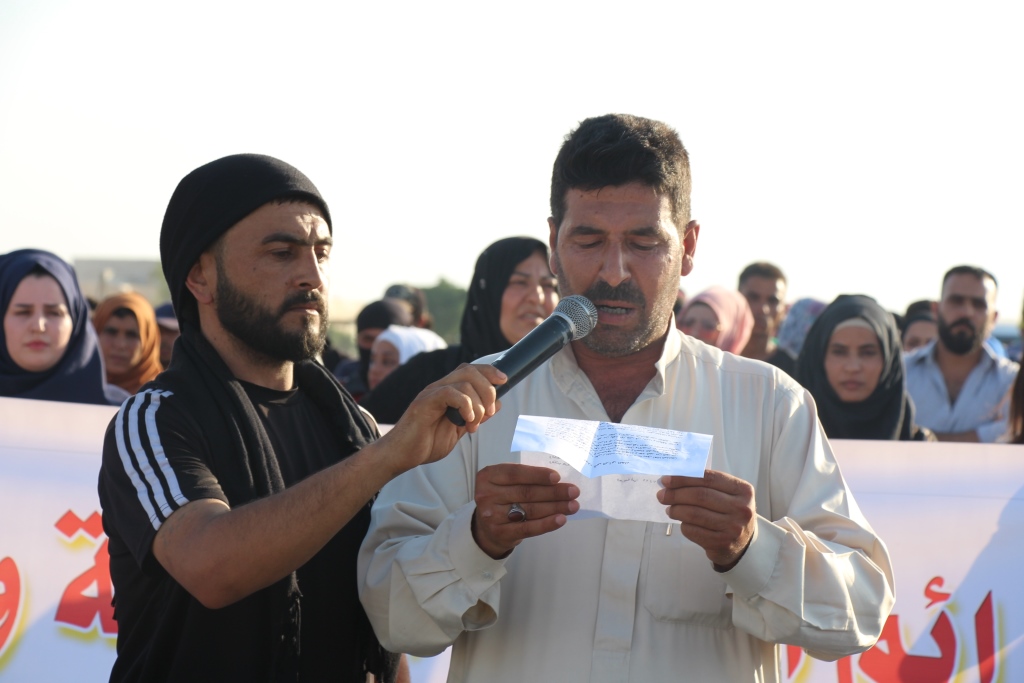 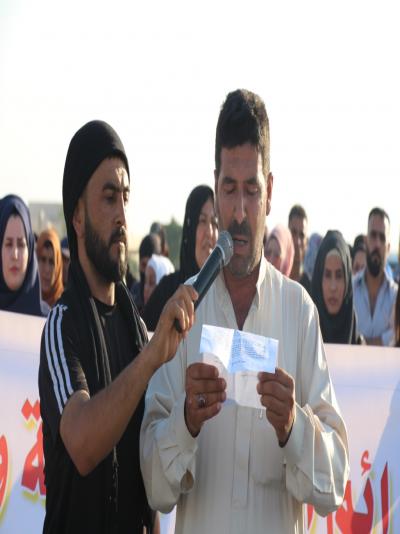 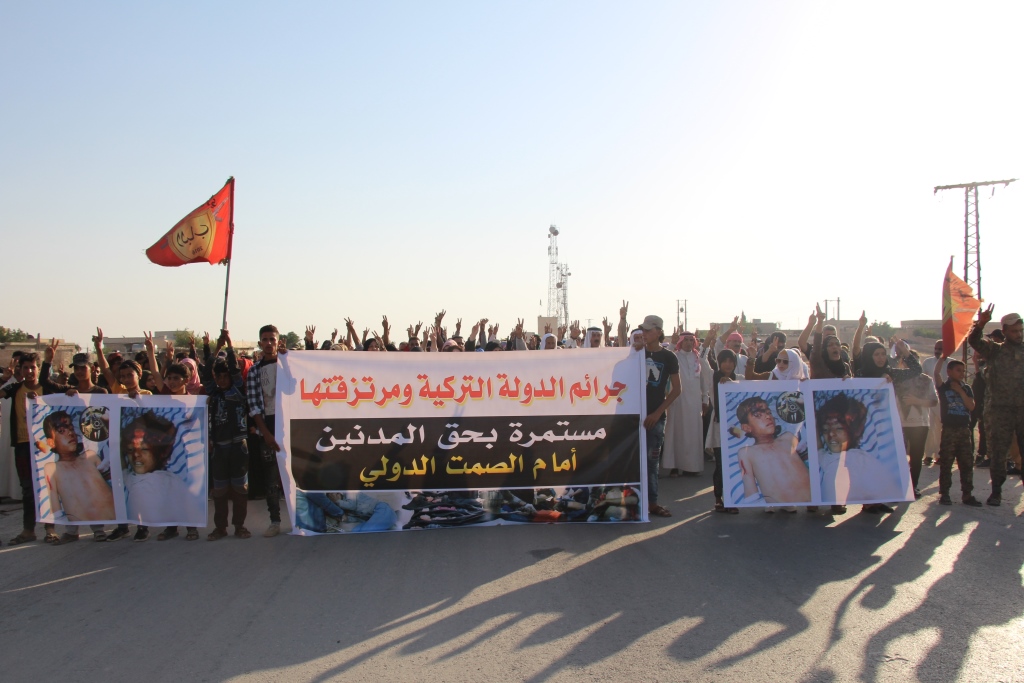 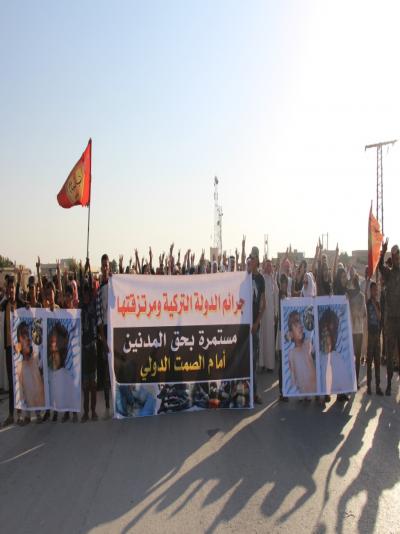 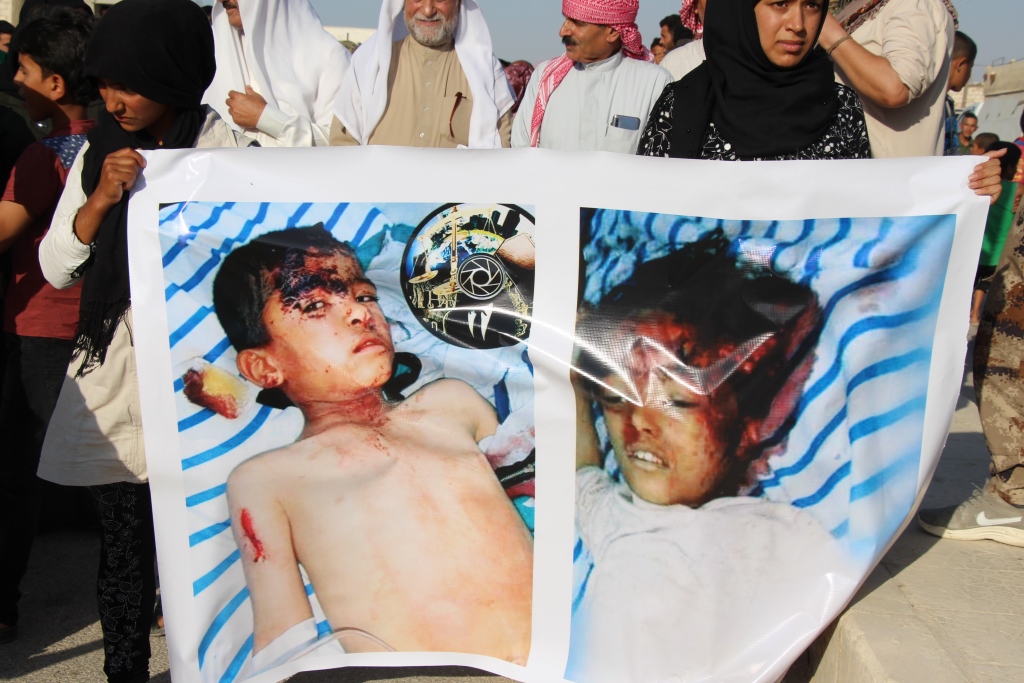 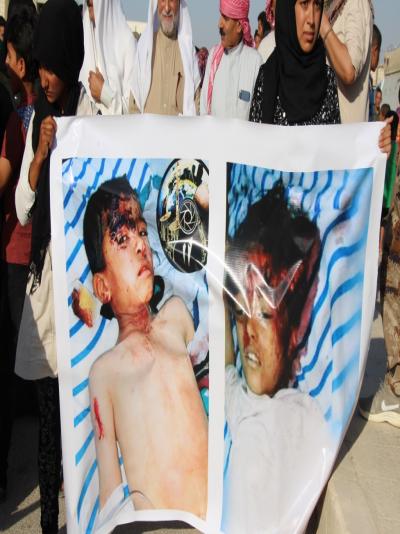 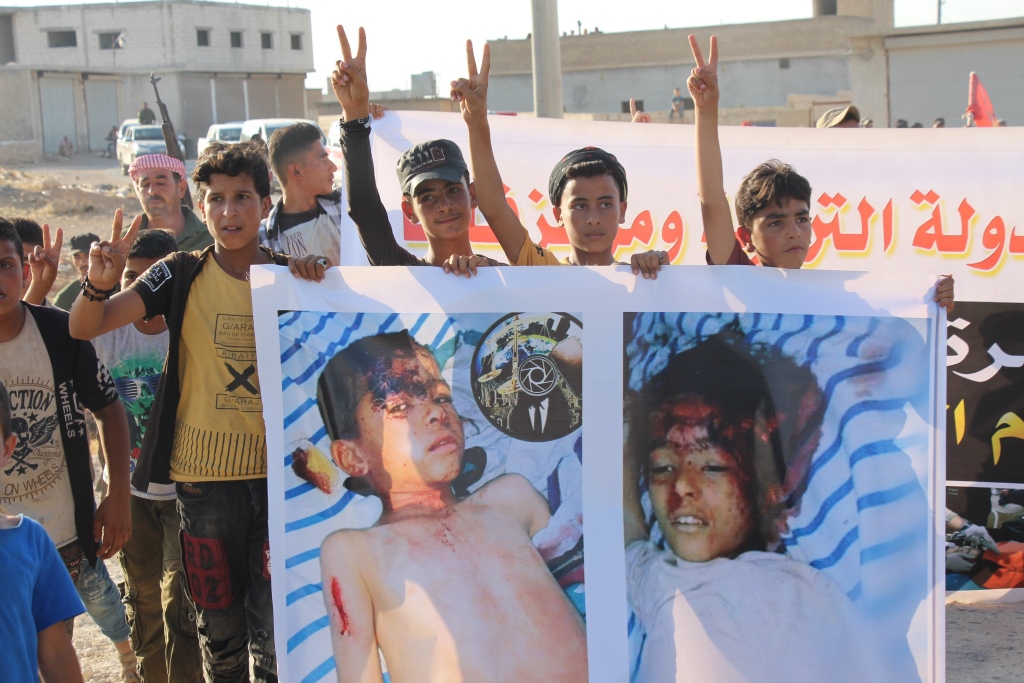 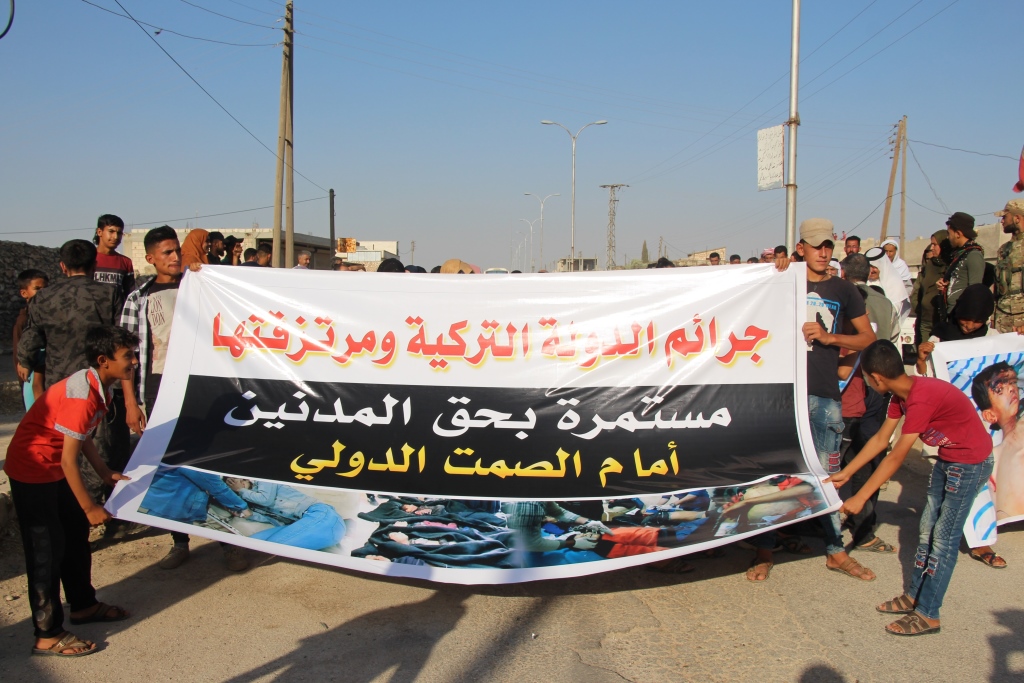 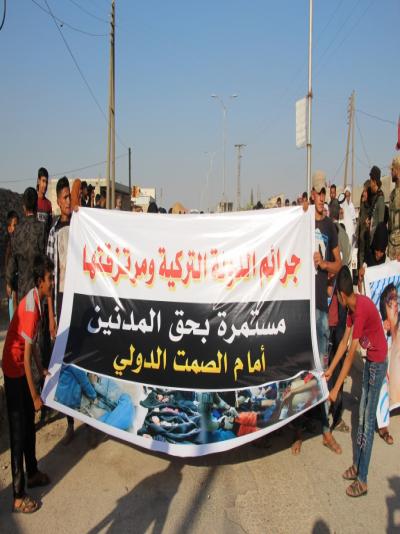 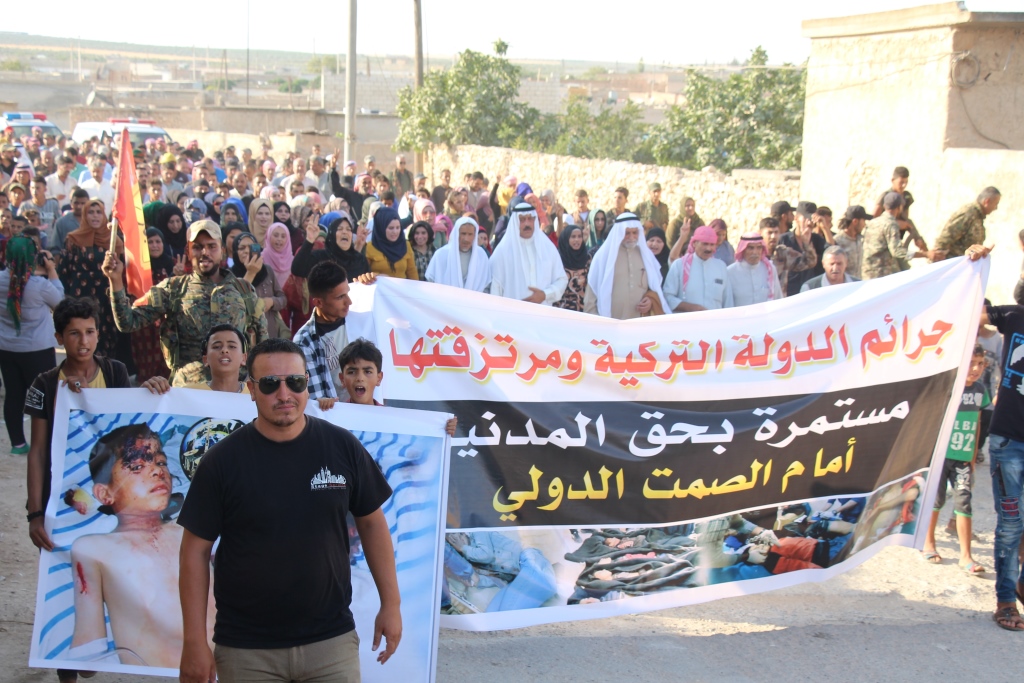 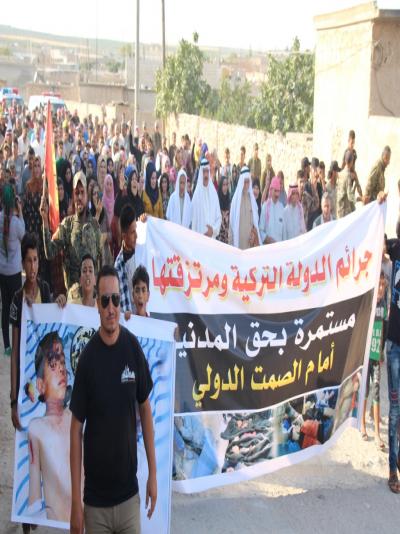 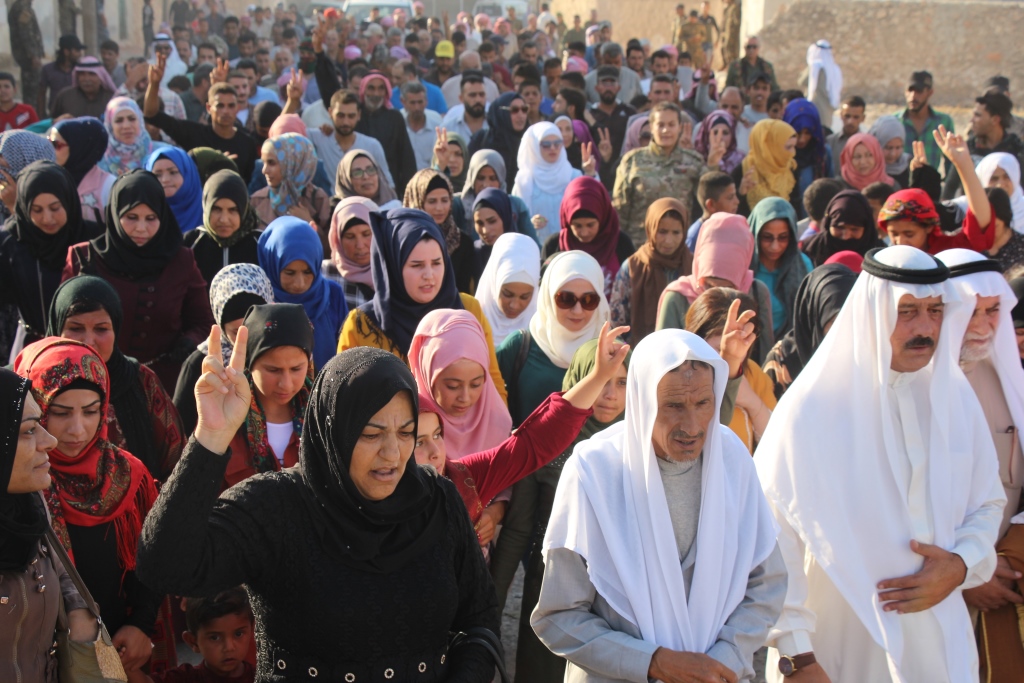 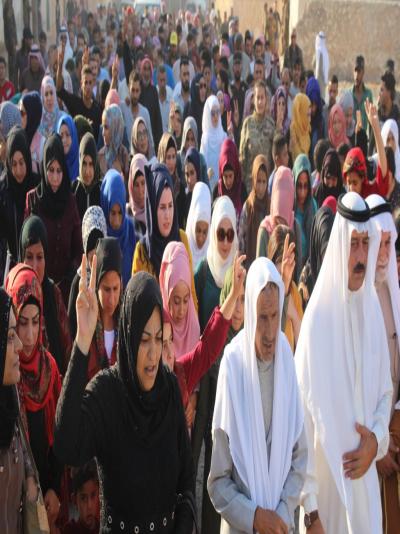 ​​​​​​​Greece: We not to accept any Turkish blackmail