Today, thousands of residents of Sheikh Maqsoud and Ashrafieh neighborhoods in Aleppo demonstrated to condemn the attacks of the Turkish occupation army and the Democratic Party on Guerilla forces, and to denounce the severe isolation of the leader Ocalan.

Thousands gathered, waving the flags of the People's Defense Forces, the Free Women’s Units-Star, the Kurdistan Workers’ Party, and the Democratic Society Movement, in addition to pictures of the leader Abdullah Ocalan.

The participants raised banners saying, "In the spirit of the Gara resistance, we have won in the resistance of Avashin, Zap and Metina," "The freedom of the leader Apo is our freedom. 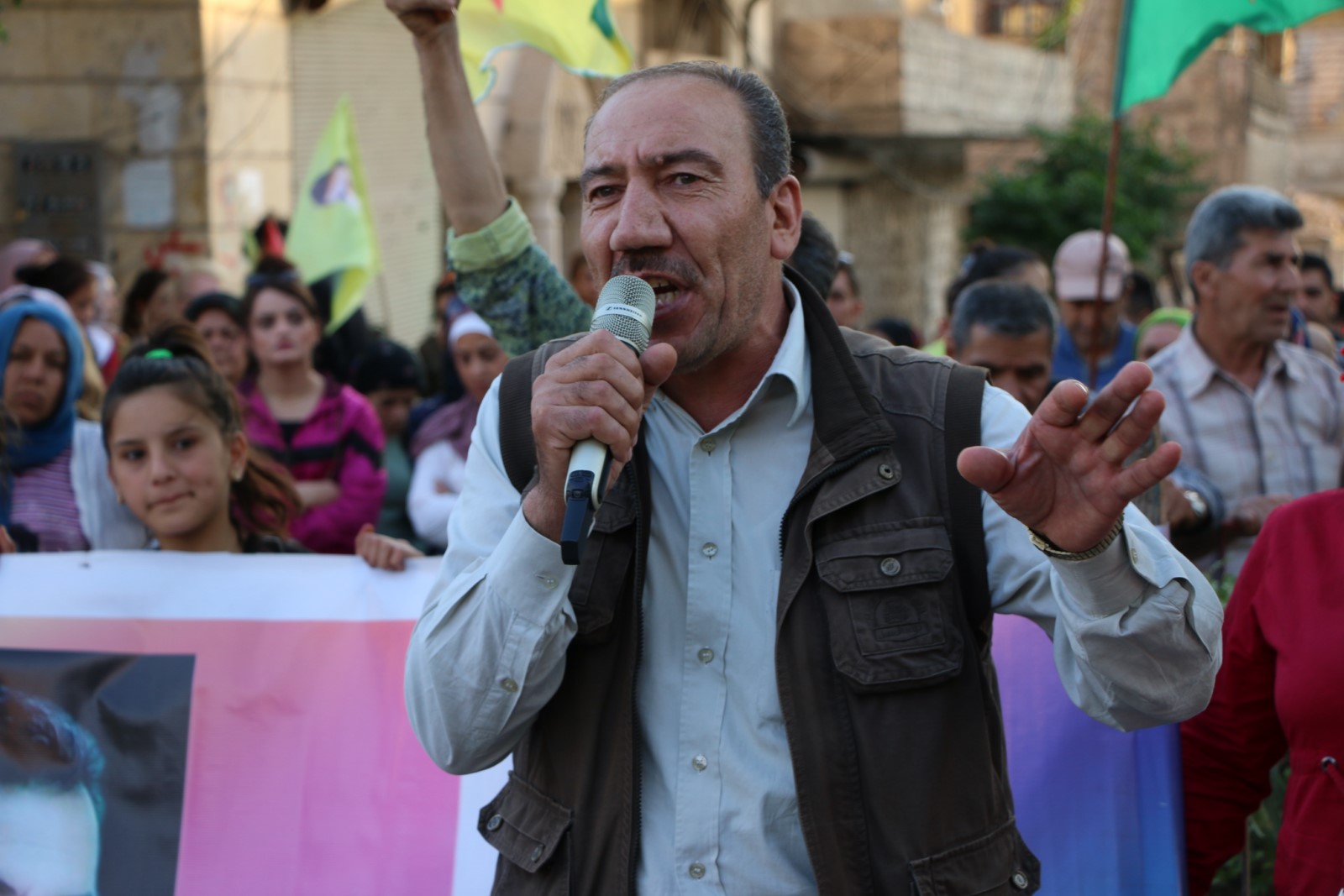 The demonstration started in front of the meeting hall in the western part of the neighborhood, chanting slogans: No life without the leader, no to isolation against Leader Abo, no to treason.

The demonstrators headed towards the main street of the western section, and then to the Martyr Koli Silmo roundabout.

Upon their arrival at the roundabout, the demonstrators stood for a minute of silence, then a speech was delivered by the co-chair of the Martyr Genghis Neighborhood Council in the Ashrafieh neighborhood Ali Ali, in which he denounced the severe isolation on the leader Abdullah Ocalan, and the brutal attacks launched by the Turkish occupation state, in partnership with the Kurdistan Democratic Party, on the  Medya  defense zones.

Kongra Star Fargin Muhammad also gave a speech in which she said that the Turkish state targets the peoples who demand their freedom.  The goal of isolation on the leader Abdullah Ocalan is to prevent the peoples of the region from gaining their freedom.

The demonstration ended with chanting slogans denouncing isolation and betrayal. 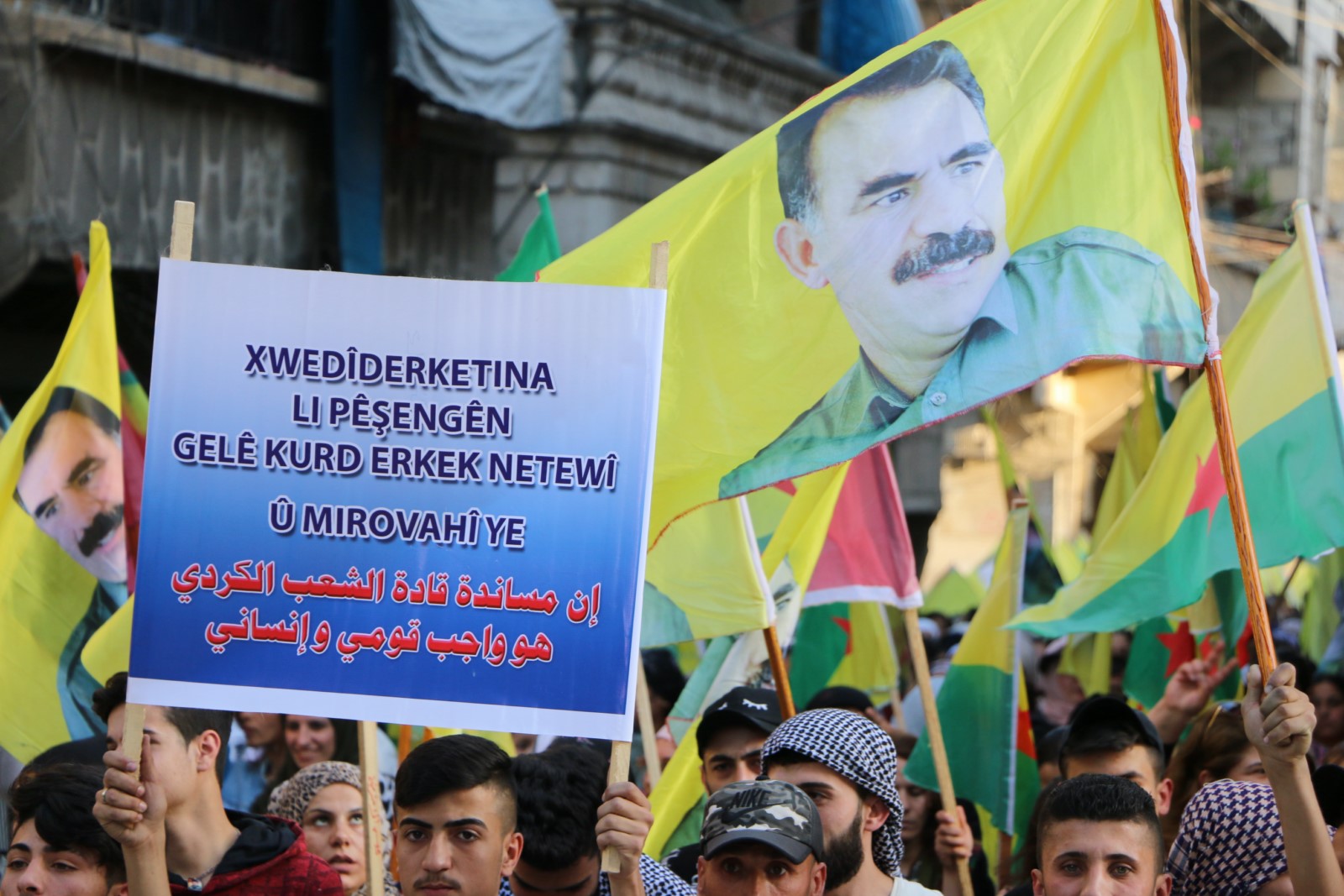 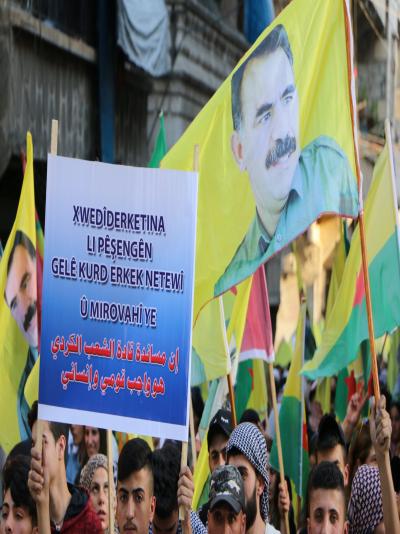 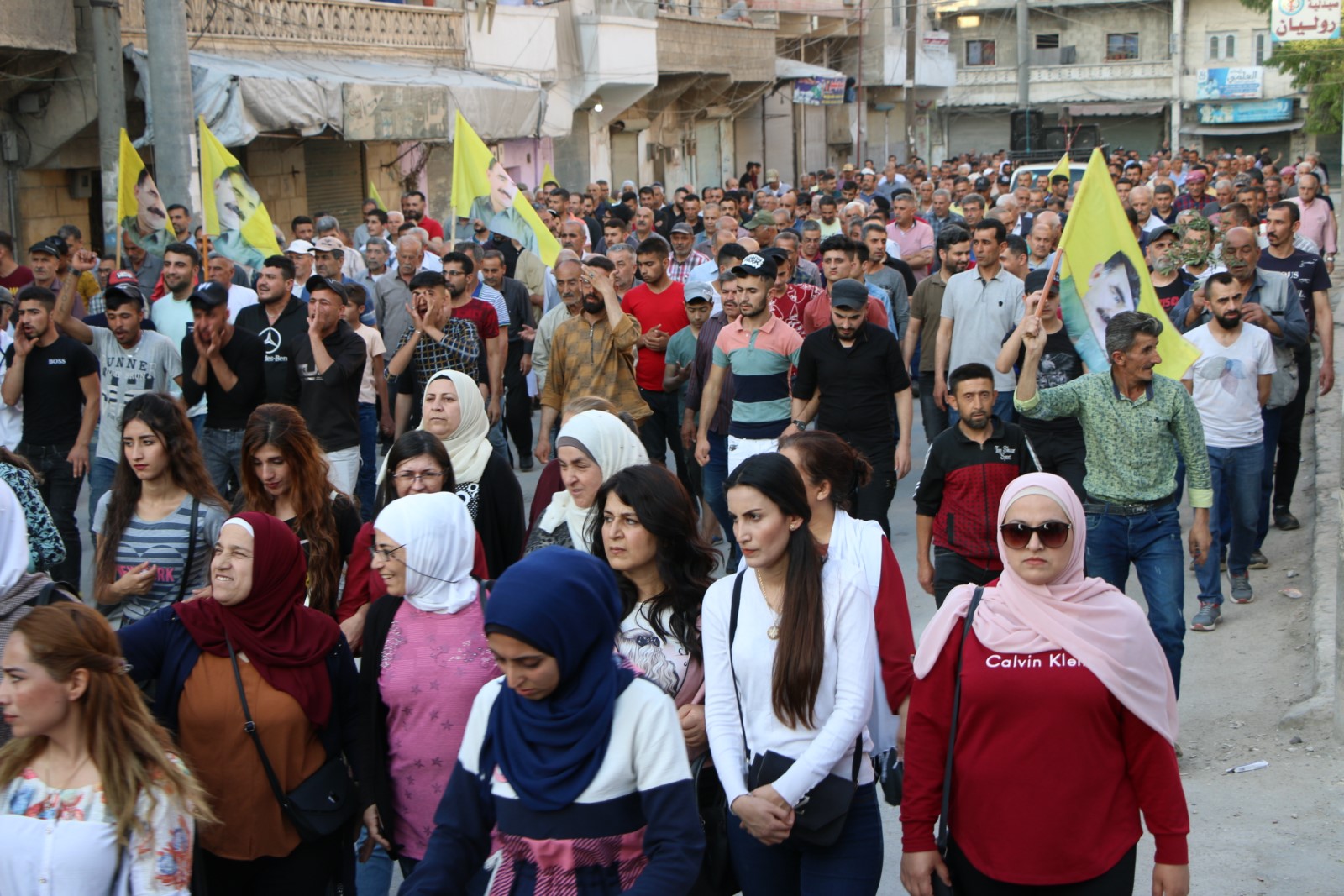 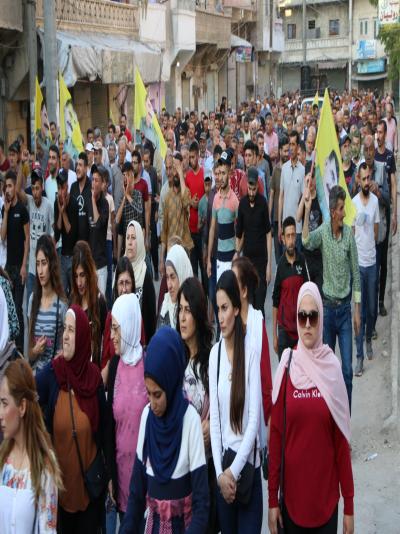 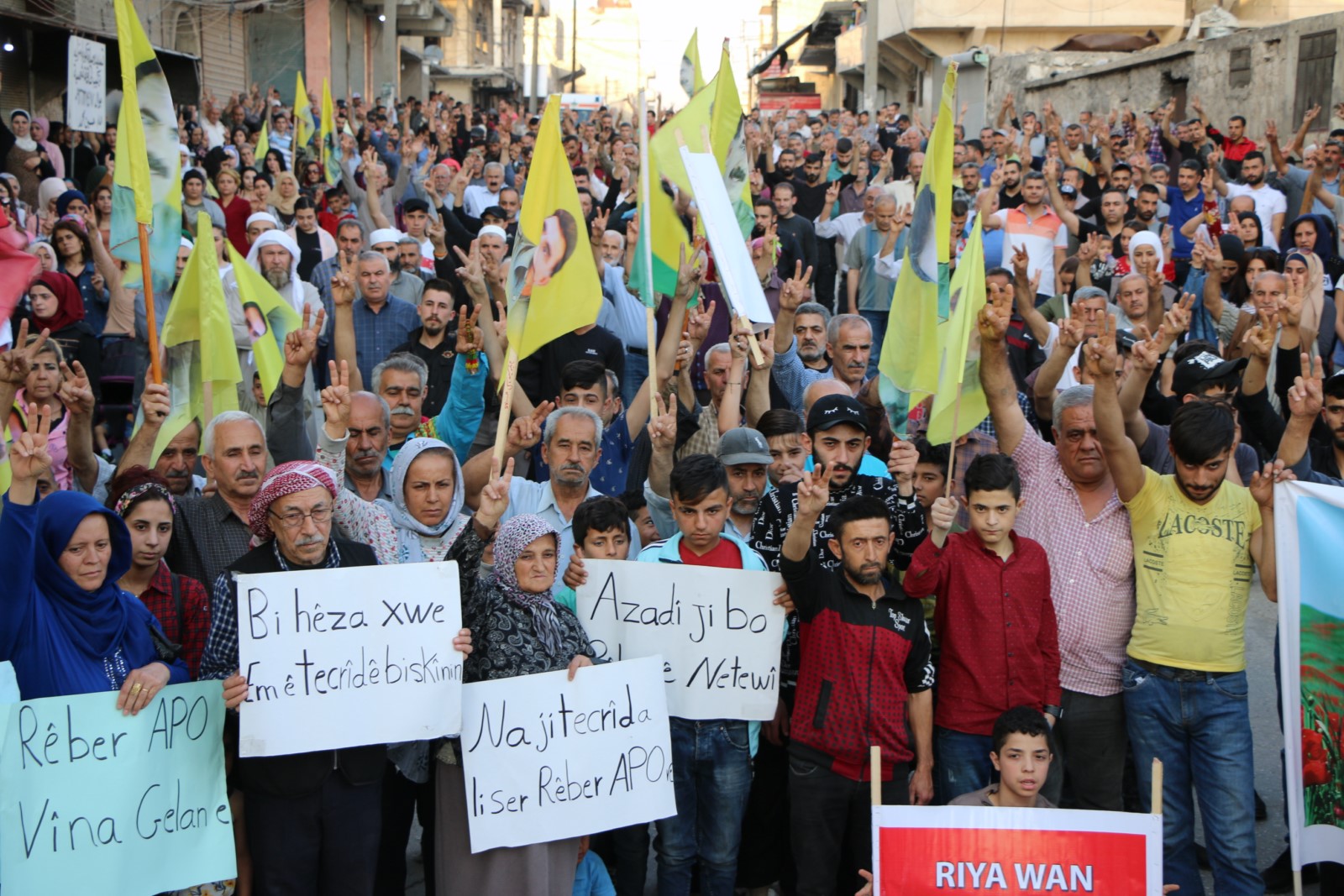 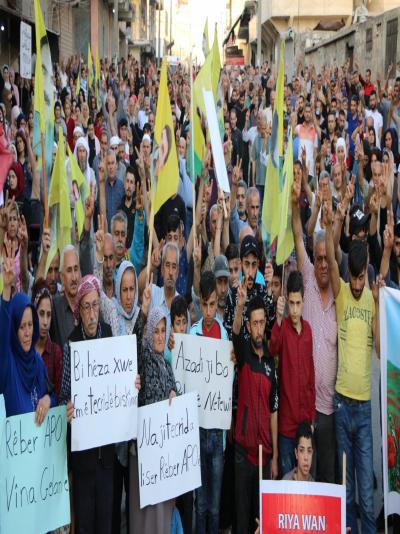 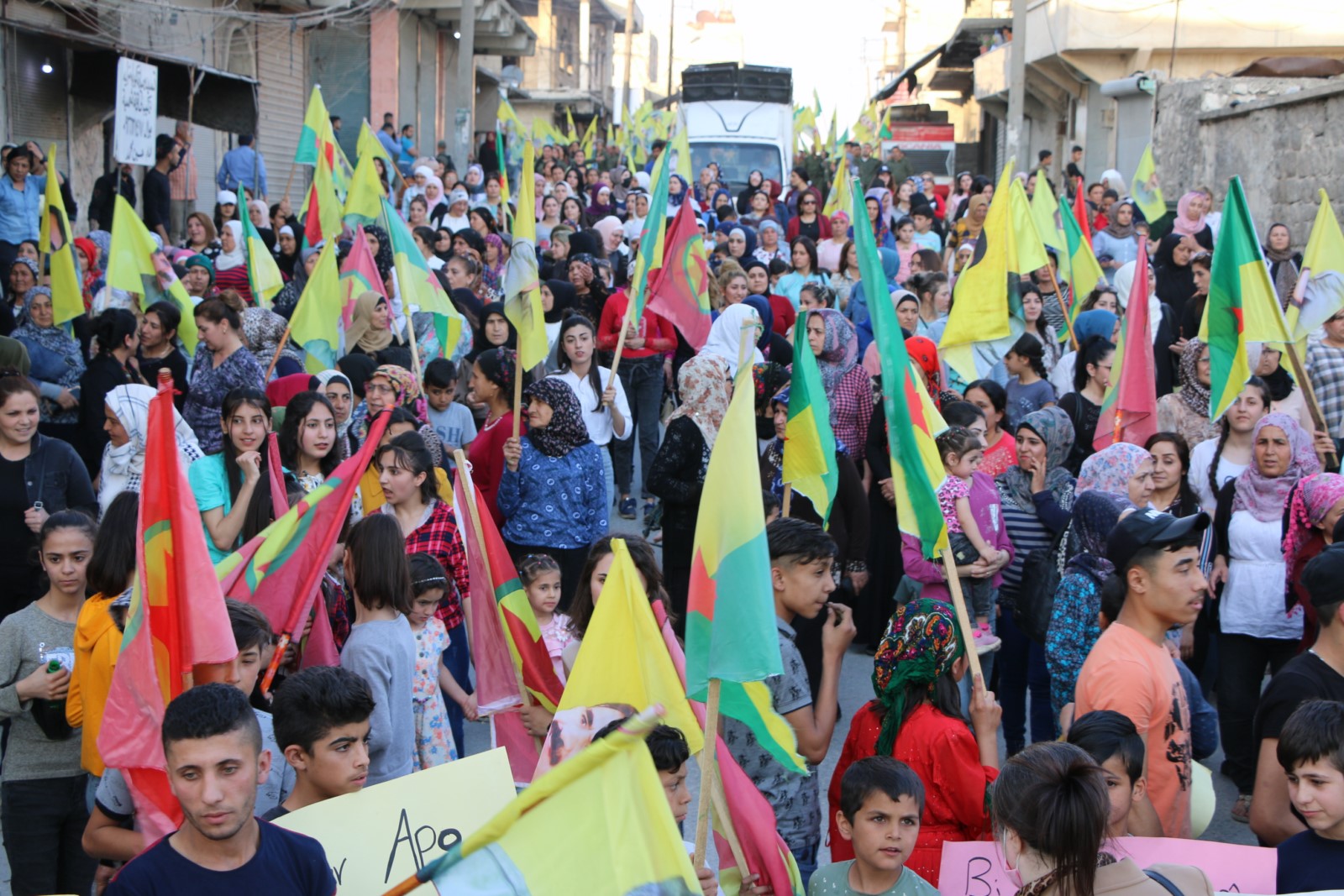 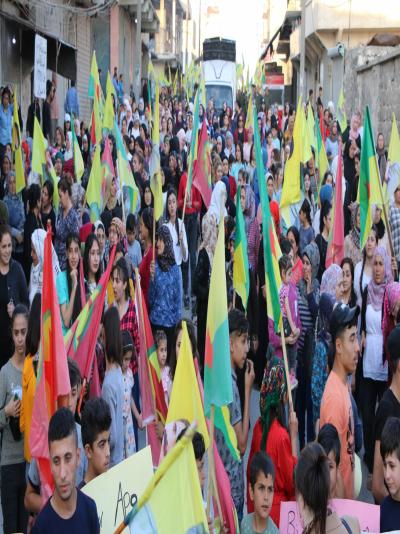 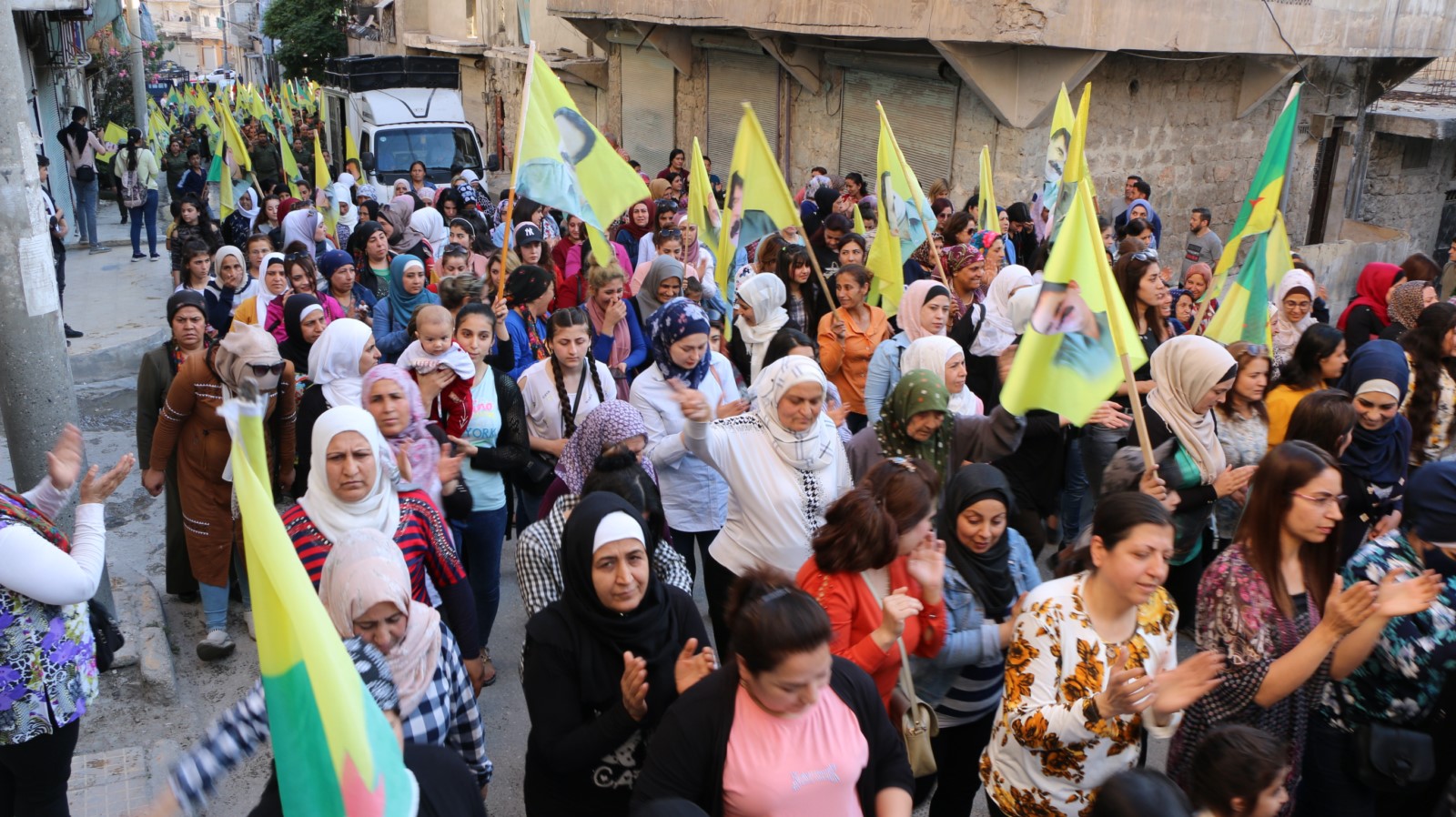 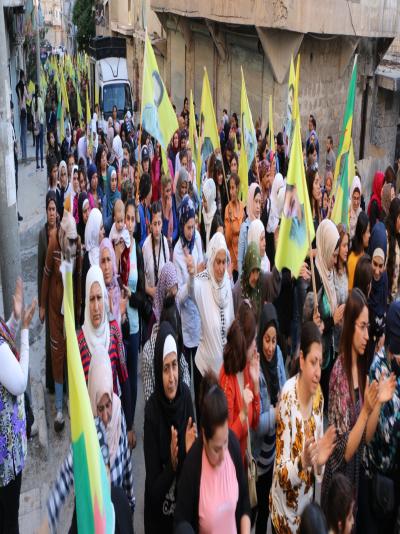 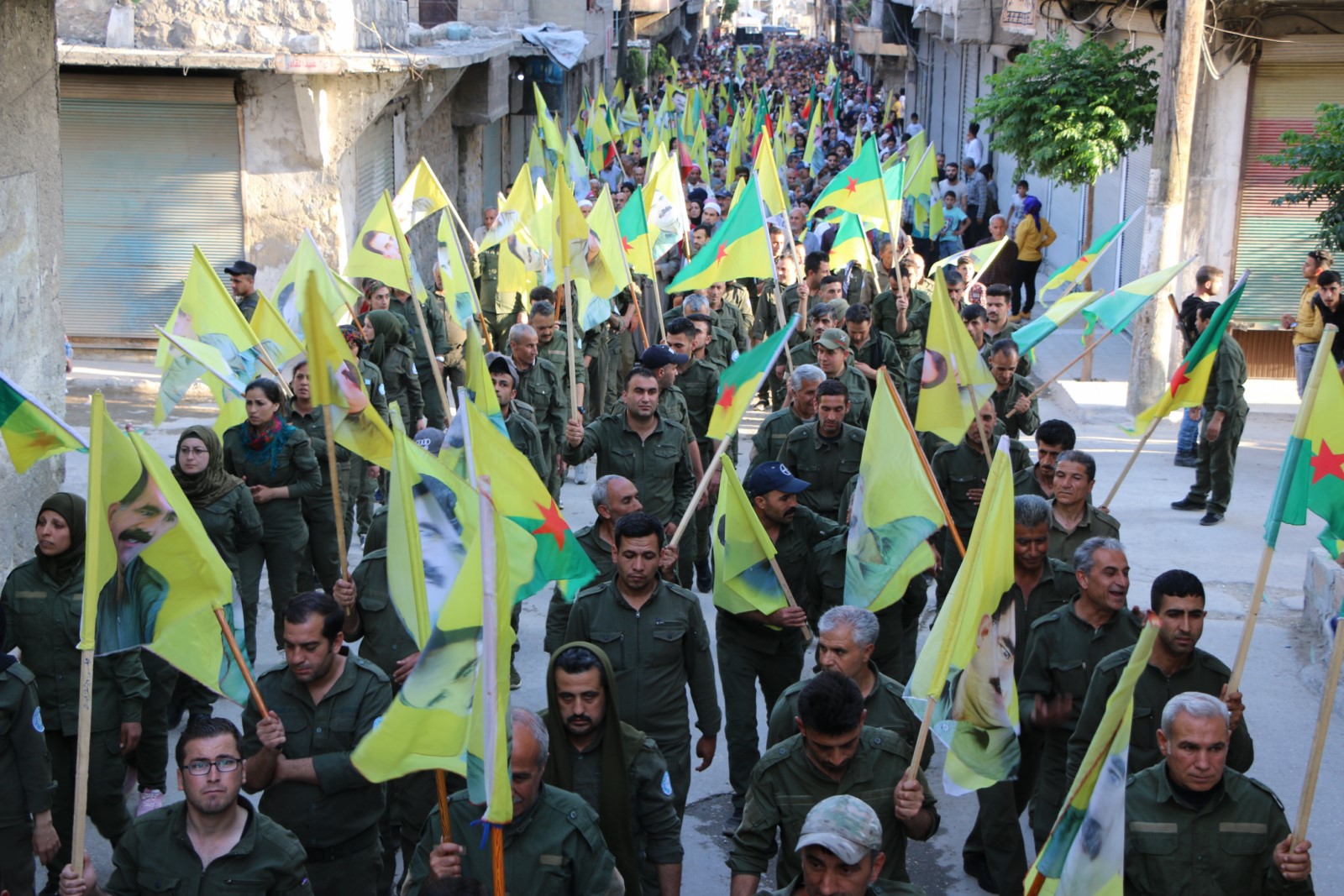 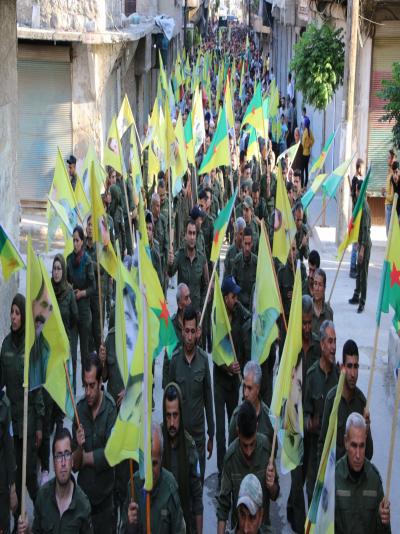 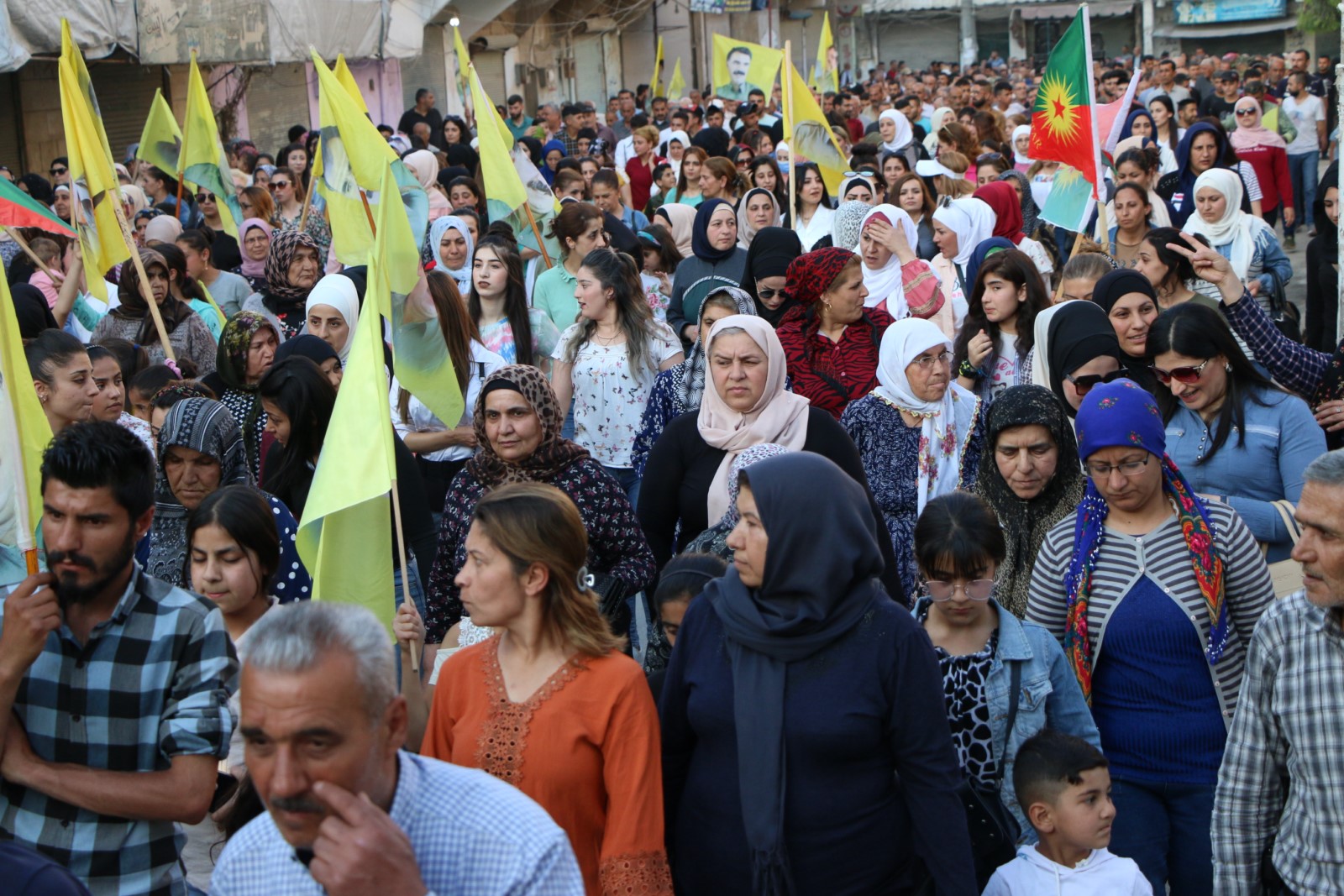 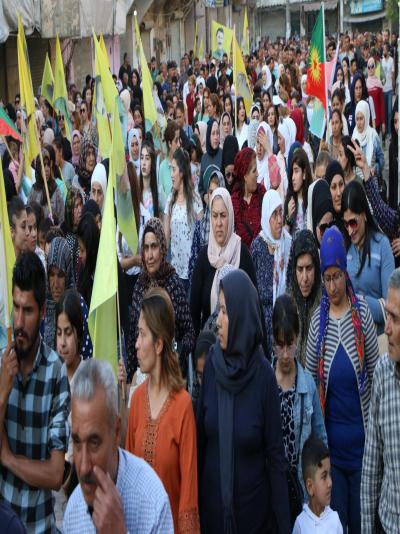