Where the demonstration began from the entrance of Tal Koçer district passing through the public street of the area, and carried banners and pictures of the resistance of Afrin and chanted slogans denouncing the Turkish occupation.

After that the people held a minute of silence followed by delivering speeches which noted that "After its occupation of Afrin, Turkey practices a policy of scorched earth and demographic change, where the people of the region were displaced and the mercenaries are living in Afrin now."

The speeches praised the resistance of the people of Afrin in the face of Turkish occupation, and said, "steadfastness and resistance will return Afrin to its people."

In the same context another demonstration held in Derik area in which it condemned the occupation of Afrin.

During the demonstration the co-chair of Qamishlo Canton Council, Perwin Yousef delivered a speech and said, "After heroic resistance and great sacrifices made by the people of the region, the people were forced out of their homes to complete their resistance in the second phase, that the Resistance of the Age continues and will be crowned by the liberation of Afrin from the Turkish occupation.

In the city of Derik, thousands of people came to Azadi Square to demonstrate against the practices of the Turkish occupation, coinciding with the first anniversary of the occupation of the city of Afrin, where the people of Derik and its villages, civil society institutions and dignitaries of clans, religious scholars and political parties, students and teachers of schools participated in the demonstration which demanded expelling the Turkish occupation from Afrin. 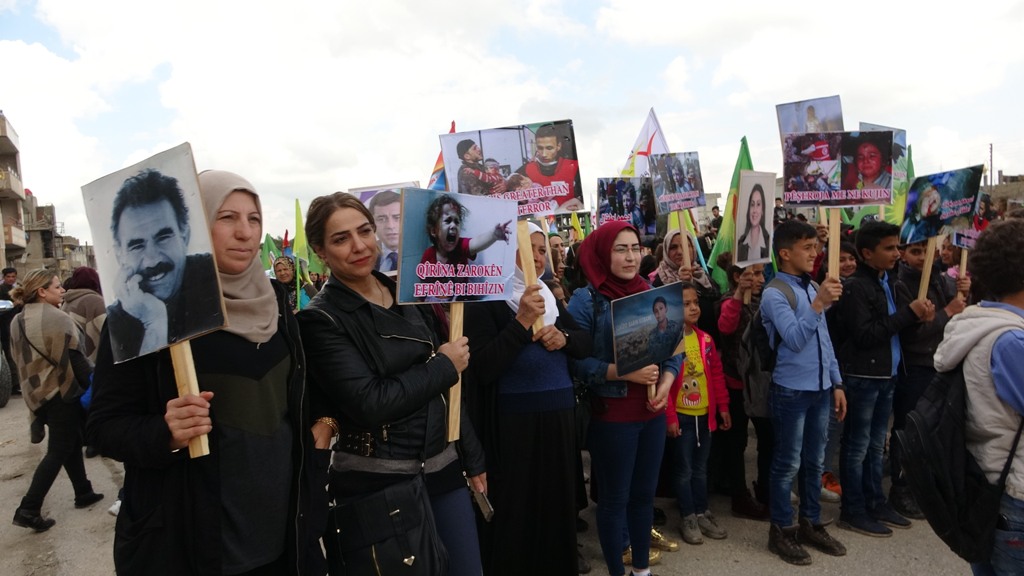 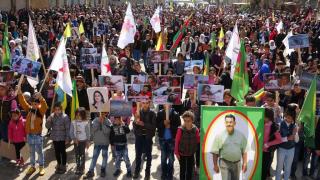 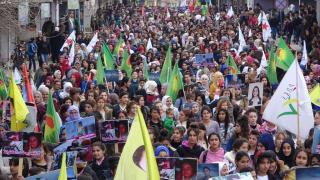 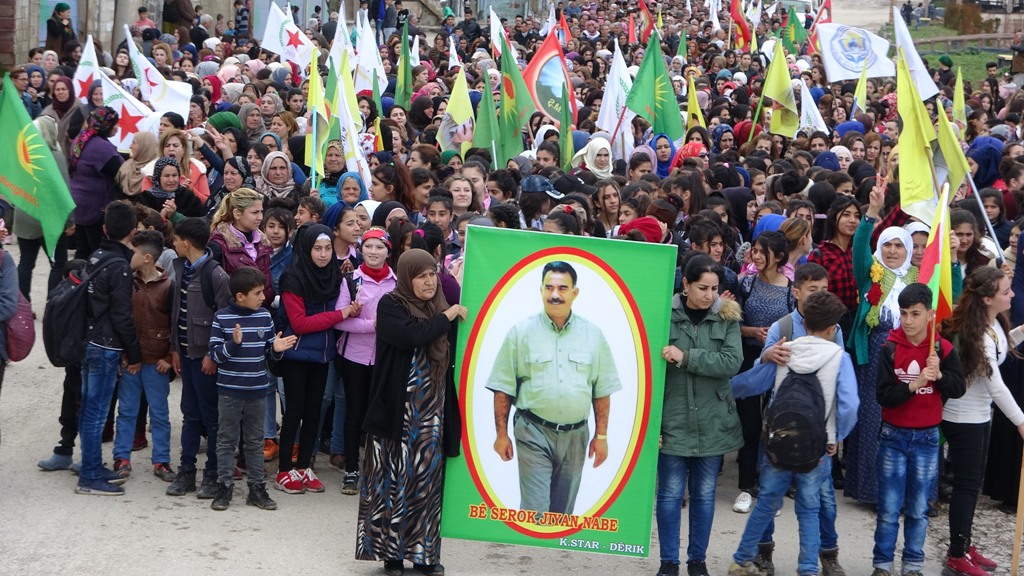 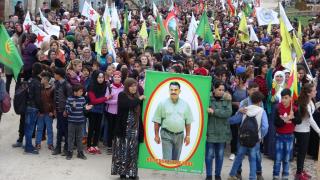 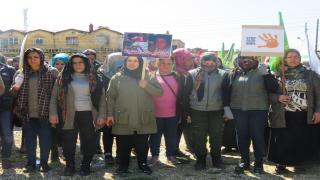 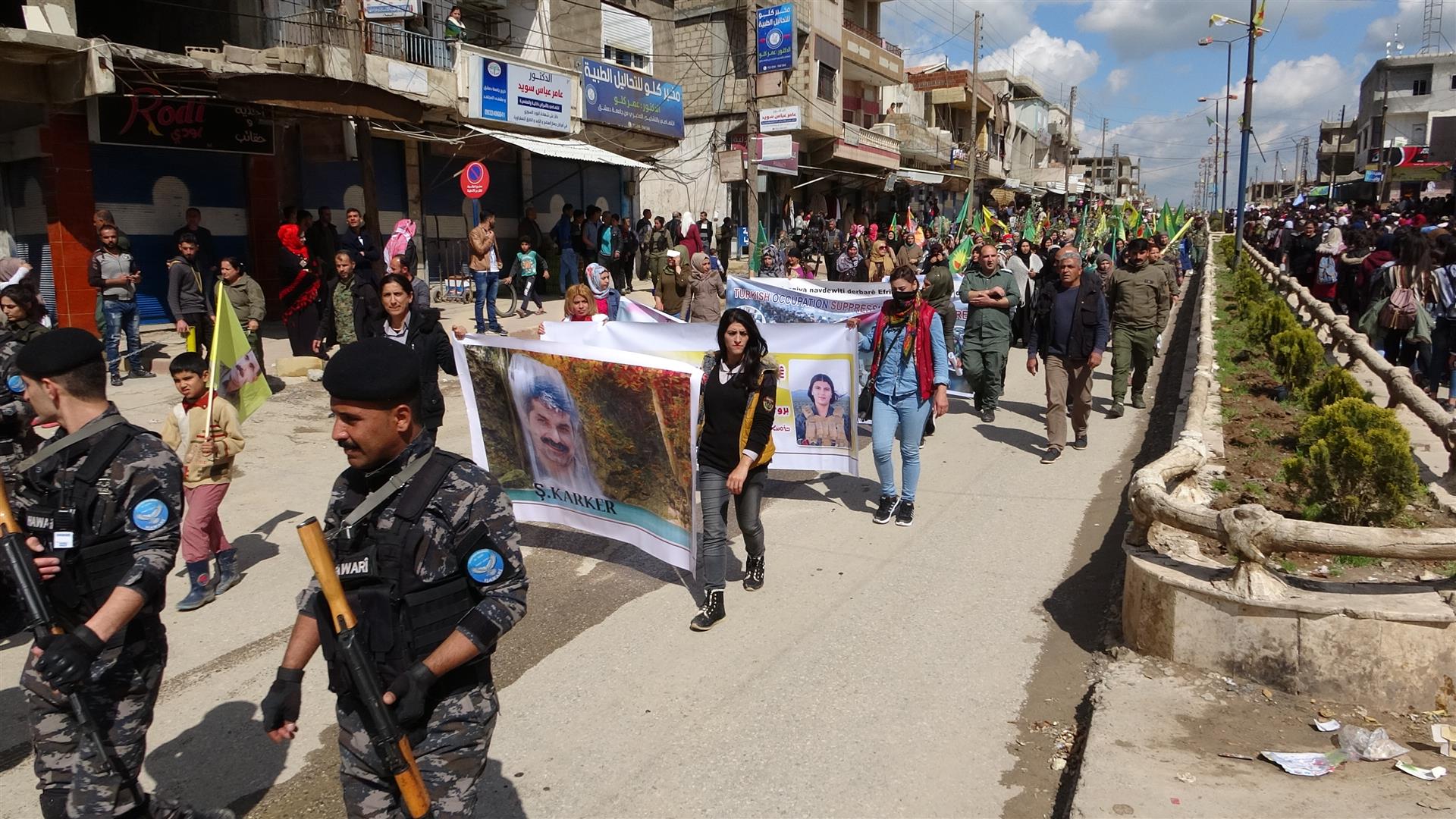 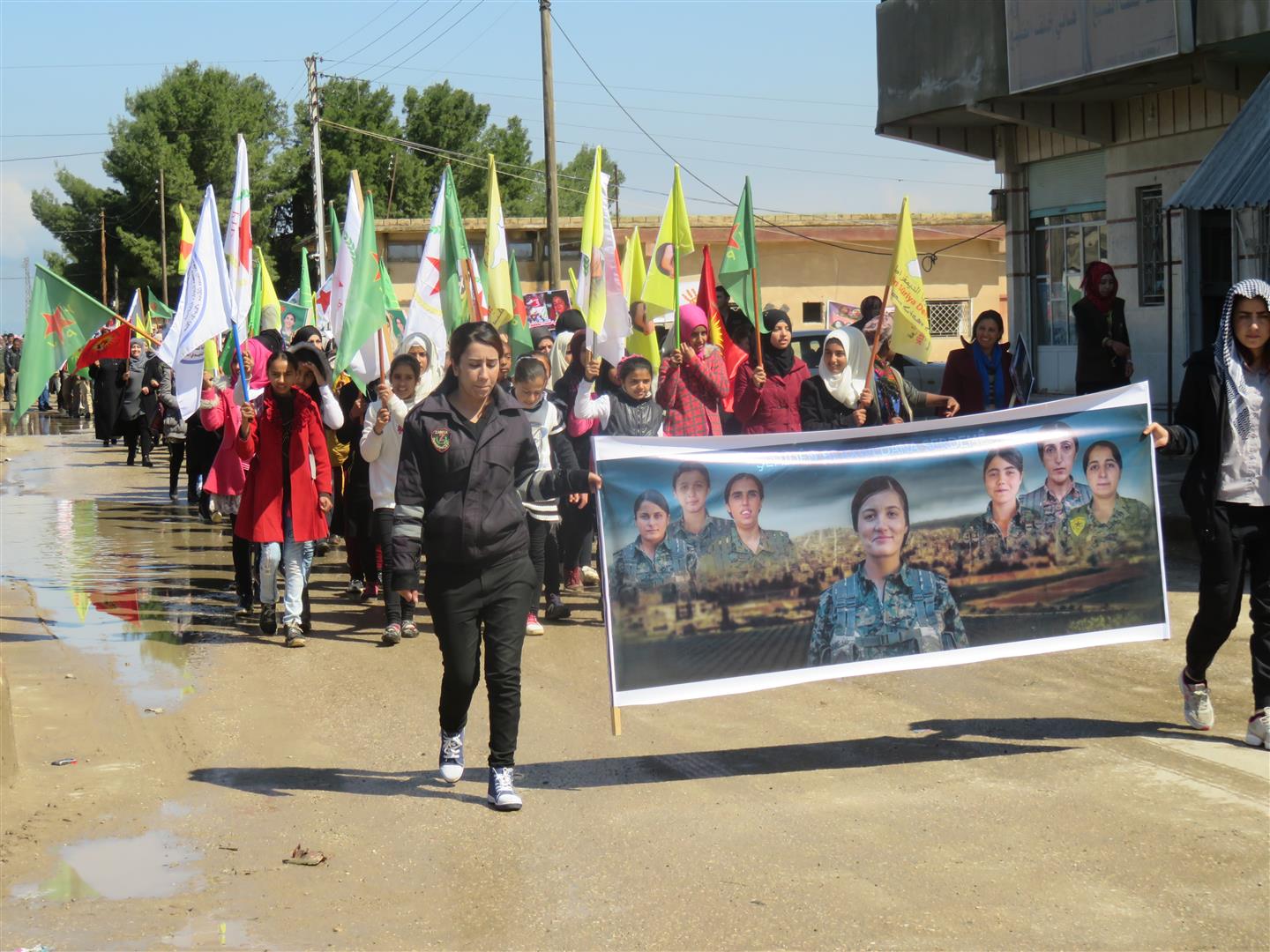 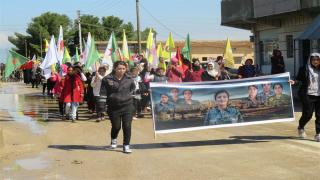