Dozens of members of the PYD's youth gathered in Beirut and denounced the Turkish attacks on northern and eastern Syria, the Russian silence and calling for preventing Kurdish-on-Kurdish fighting.

The administrator in the PYD Youth Office, Jamil Yousif said: “We call on all the youth to join the SDF to confront the Turkish occupation by all means, and step up the struggle against Turkish fascism in Kurdistan and northeast Syria in general.”

Then the youth statement was read by the member Ali Al-Mustafa, and it read: 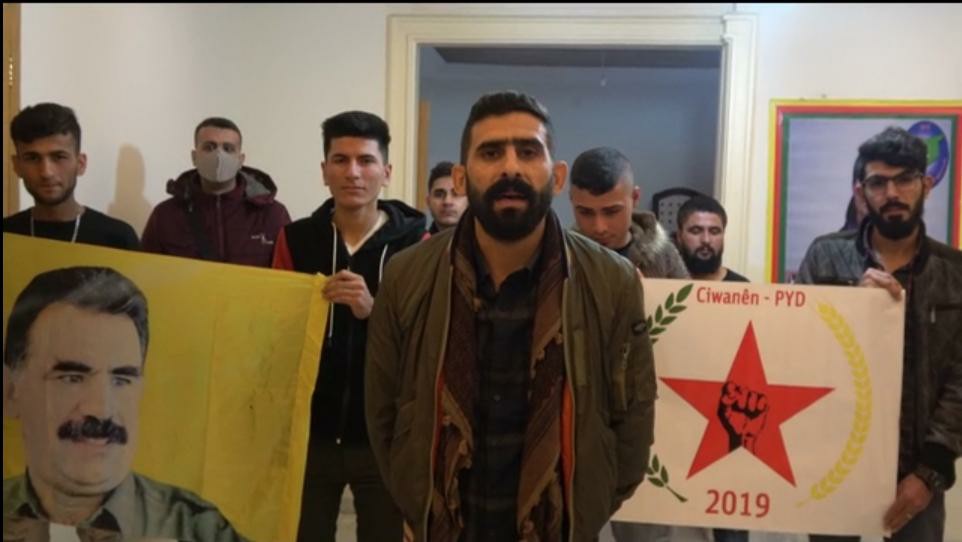 "We, as members of the PYD youth in Lebanon, see that the attacks of the Turkish occupation and its mercenaries on the Ain Issa area, and the Russian silence, makes clear that there is no point of the Russian base there in the region. " te statement continued.

The statement also touched on the unpaid employees' demonstrations in some cities of the Kurdistan Region, describing them as legitimate, condemning at the same time the violent methods by the authorities of the region and the statements of officials that pointed the finger at the Syrian Kurds of standing behind these protests.