The ceremony began with a military parade by the Syrian Democratic Forces and the People's and Women's Protection Units, after which the leader of the Syrian Democratic Forces, Piling Qamishlo delivered a speech in which he asserted that after the defeat of Daesh mercenaries in northern and eastern Syria, their forces began a campaign to reorganize themselves in all areas.

Piling explained that their goal of forming the Military Council is to unite all the military forces under the roof of Syrian Democratic Forces to strengthen their ranks to defend the people and the gains made by the blood of thousands of martyrs.

He also noted that these councils are composed of the leaders of the local regiments, local leaders and officials of the military offices and that their main objective is to protect the region from any threat and to provide assistance to the people.

Piling pledged that they will continue their struggle against all those who threaten the security and stability of the region.

Then, the co-chair of the Executive Council in al-Jazeera region Talat Younis blessed the Military Council of Qamishlo on the fighters and the families of the martyrs and the people of Qamishlo, stressing that the fighters of the Syrian Democratic Forces and the People's Protection Units and Women's Protection Units in northern and eastern Syria with their resistance and their great struggle against Daesh mercenaries, they have drawn the history of the region in letters of gold and proved to the world that their will to protect the people and to create security and security for the region does not break. "

The ceremony concluded with the declaration of the Syrian Democratic Forces for the formation of Qamishlo Military Council. 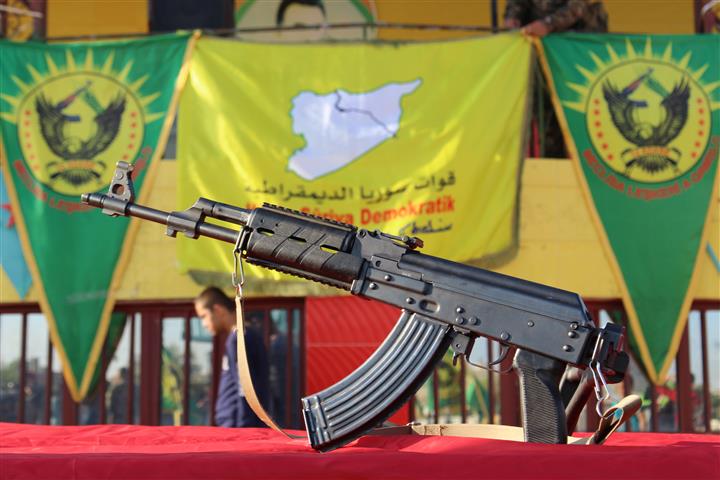 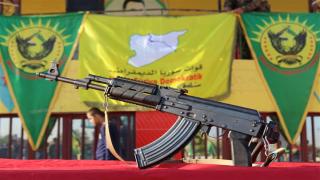 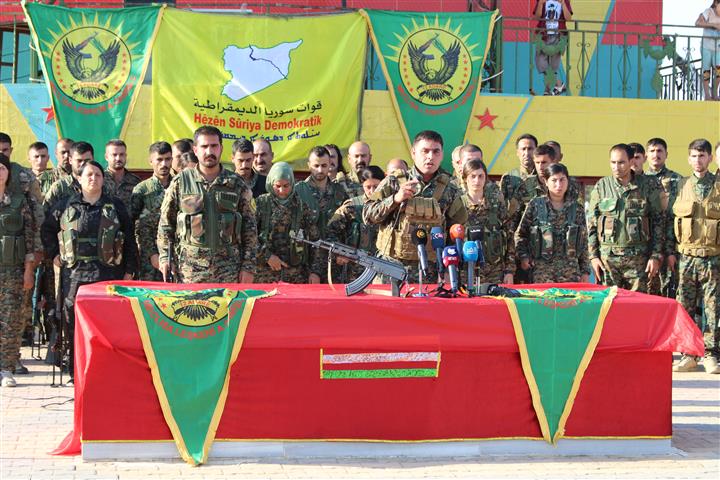 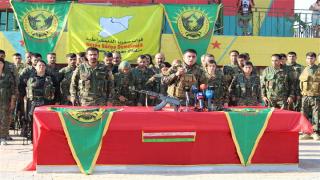 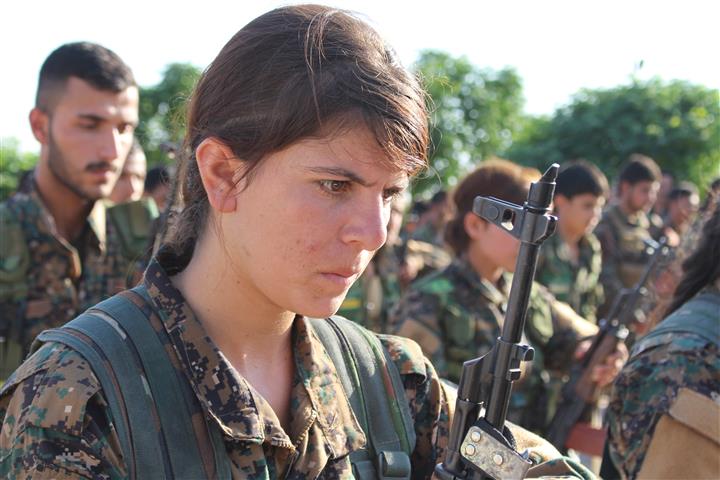 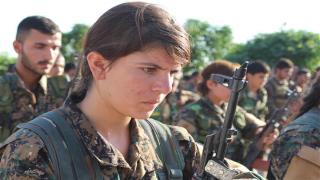 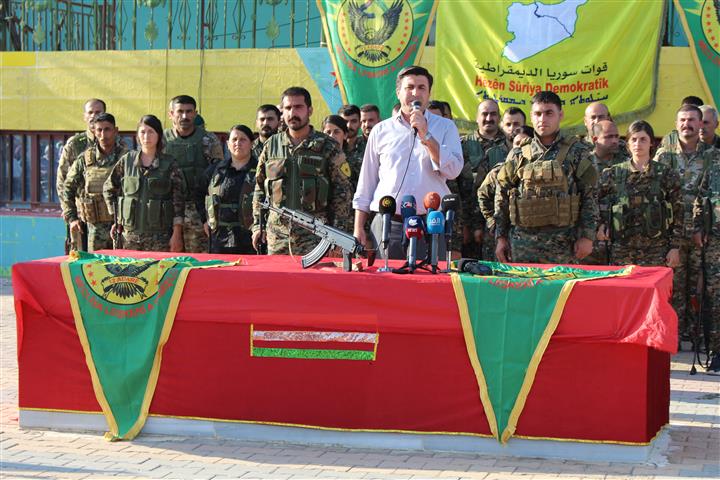 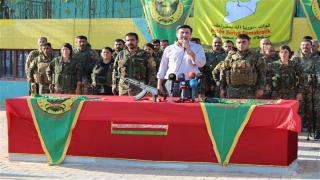 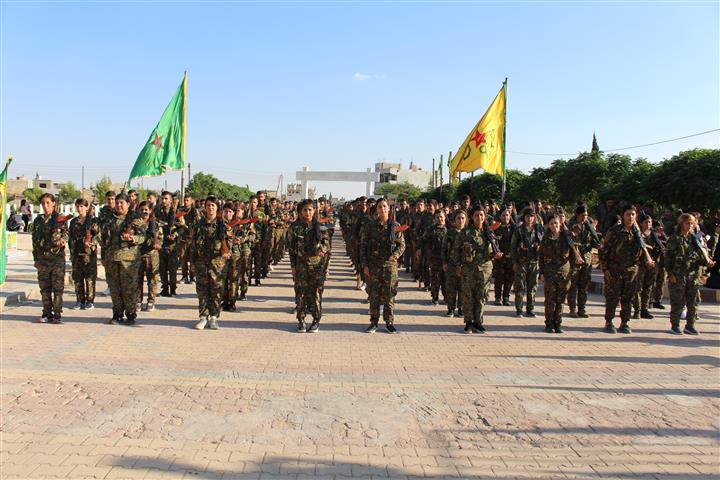 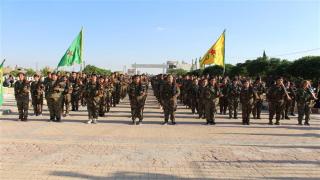 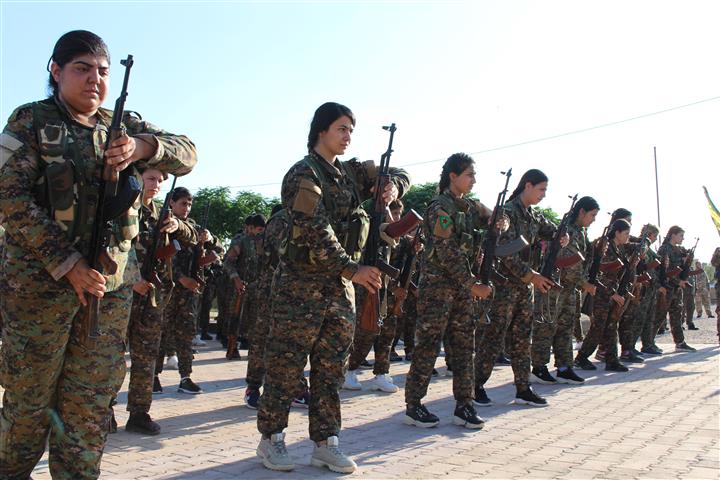 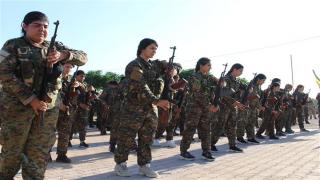 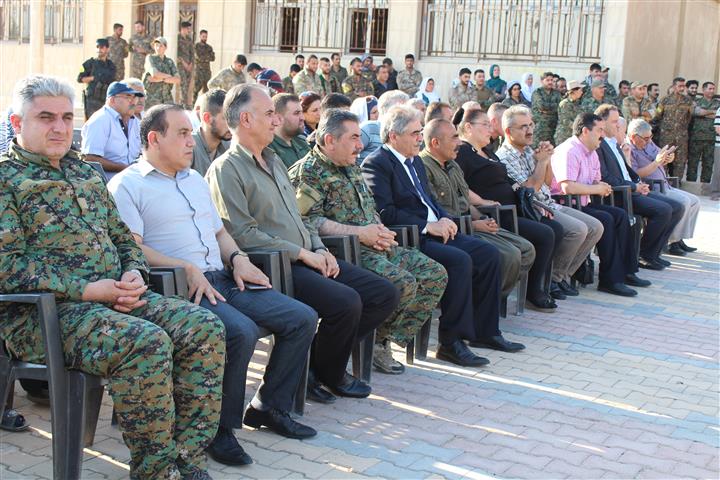 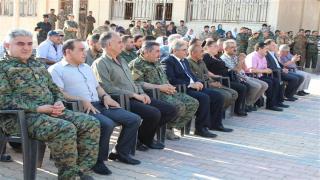 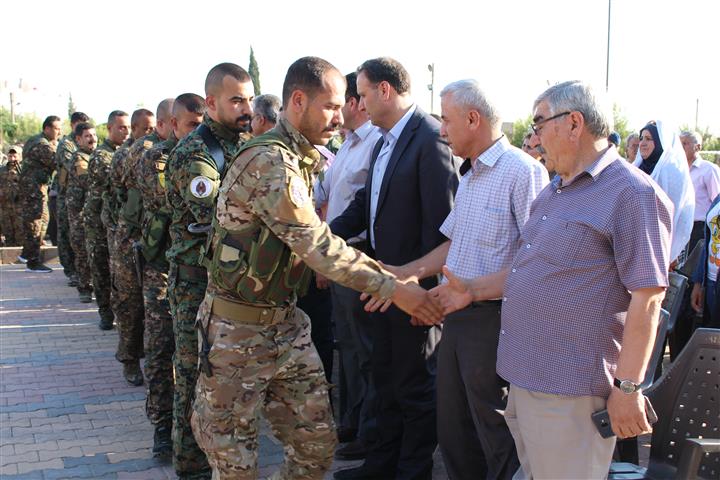 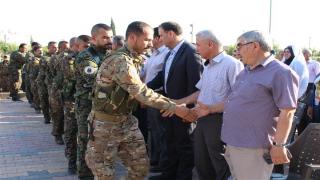 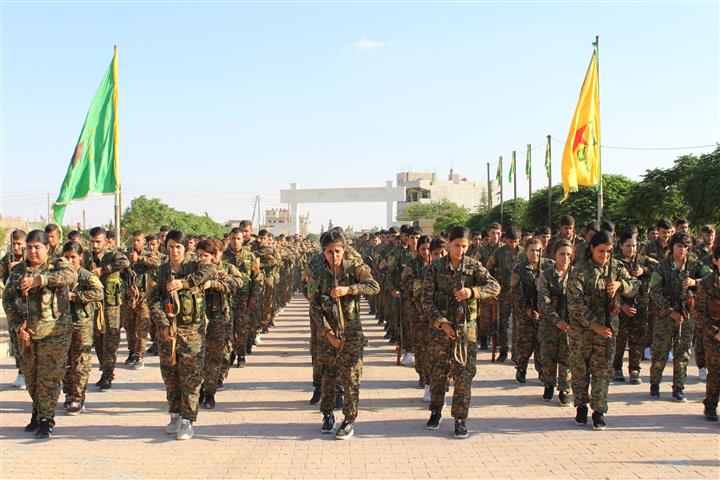 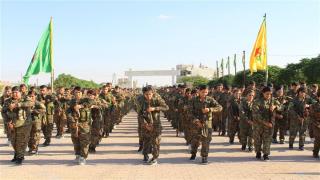 The mercenary groups, with Turkish support, were able to make advance in Idlib countryside a...

PYD about Akiba massacre: Silence on crime is encouragement to murderer

The Democratic Union Party considered silencing about Akiba massacre as a partnership in its...

Two civilians were wounded due to the continuous Turkish shelling on Sheikh Issa district in...
Old Website

PYD about Akiba massacre: Silence on crime is encouragement to murderer

- ​​​​​​​Greece should go to IC against Turkey, warnings of escalation violence of extreme right