While Syrian Democratic Forces have defeated Daesh mercenaries, the Turkish army and its mercenaries are occupying areas and villages from Jarablus to Afrin canton. These areas are witnessing daily clashes and conflicts between mercenary factions.

In order to shed light on these areas and their impact on the current stage of resolving the Syrian crisis, our agency met with the members of the Future Syria Party-Afrin canton's branch. In this regard, the deputy head of the FSP's Relations Bureau's co-chair, Cihan Sheikho, praised the victories of Syrian Democratic Forces in the region and the resistance in the face of the terrorism that terrorized the world, she added that the will and resistance of SDF fighters have faced and saved the whole world from its brutal practices."

"The policy of the Turkish occupation army has become clear as there is evidence as well as documents in supporting and financing Daesh mercenaries," said Sherin Jawish, a member of the FSP Women's Organization.

"It is possible that Turkey will seek to revive Daesh again, through new names and factions, and this stage requires the acceleration of the removal of Turkey and its mercenaries from the Syrian territory starting from Jarablus to Afrin, to begin effective and serious steps to resolve the Syrian crisis politically."

For her part, the deputy head of Women's Organization of the party Barin Mamo called on all parties and political blocs calling for patriotism and the interest of the Syrian people to unite their forces alongside Syrian Democratic Forces and Future Syria Party and to redouble efforts to find radical solutions to solve the Syrian crisis in democratic ways. 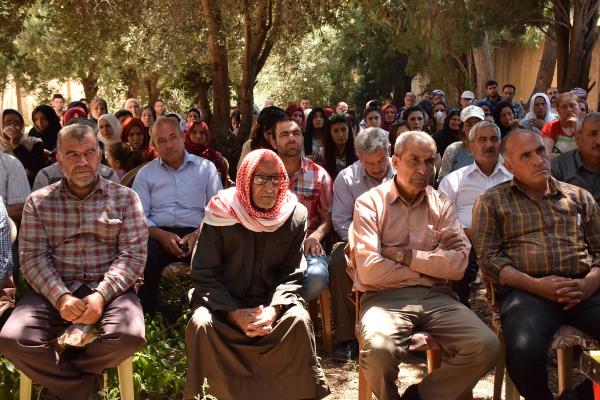