The delegation is made up of member of the Administrative Body in the Rojavai Kurdistan Intellectuals Union Ahmed al-Husaini, head of  Kurdish Writers in Syria Qader Egid and co-chair of  the Intellectuals' Union in the Jazira Canton Anahita Sino. 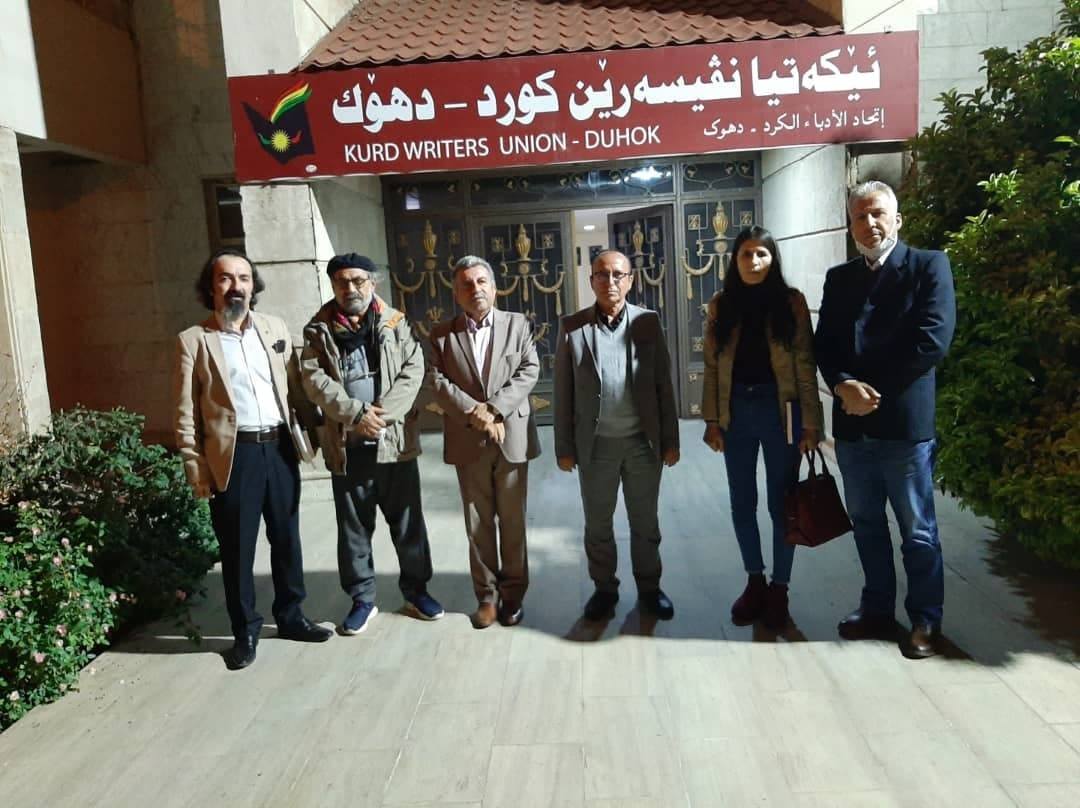 Yesterday, the delegation met  General Director of Culture and Art in Duhok, Dr. Ayub Ramadan Fatah, in which they discussed the ongoing situation and means of unifying Kurdish stances and cultural address on the decisive issues and fears of a Kurdish infighting, as well as ways of gaping bridges for a better cultural exchange between cultural bodies in Southern Kurdistan and those in Rojava.

The delegation paid also a visit to Kurdistan Journalists Syndicate- Duhok, where they met deputy Haitham Botros and member Raqib Mahmoud where they discussed the objectivity of  journalism and refusing the hatred speech.

The delegation concluded activities of the first day by paying a visit to the Kurdish Writers Union Office- Duhok, where they were received by head of the union Hesen Slivani, deputy Mohamed Abdullah and members of the Administrative Body, Salam Palayi, Dr. Na'mat Allah Niheli, Hakim Abdullah.

They discussed thoroughly the necessity of adopting common positions in case any Kurdish infighting erupts, and accepting the other by all Kurdish parts.

It is scheduled that the delegation visit Hewler and Sulaimaniya to meet a number of figures and representatives of cultural bodies.

​​​​​​​Violations against antiquities are crimes, perpetrators must be held accountable

Lawyer Esmat Ibrahim said that the Turkish occupation and its mercenaries' violations in the...

Social media is considered one of the most used methods in the special war against peoples, ...

For 1st time.. a poetry competition for young poets

The Rojava Kurdistan Intellectuals Union is preparing to launch the first round of a poetry ...
Old Website