ANHA correspondent from al-Hol camp, located 45 km east of al-Hasakah, stated that the Internal Security Forces arrested a staff member of the Syrian Red Crescent, known as “Haydar Hamwi Ismail,” accompanied by 4 ISIS women and 4 foreign children, as they tried to flee the camp.

Al-Hol camp is considered one of the most dangerous camps in the world, due to the presence of more than 30 thousand people from the families of ISIS mercenaries, including women and children, and because of the extremist ideas that these families carry. 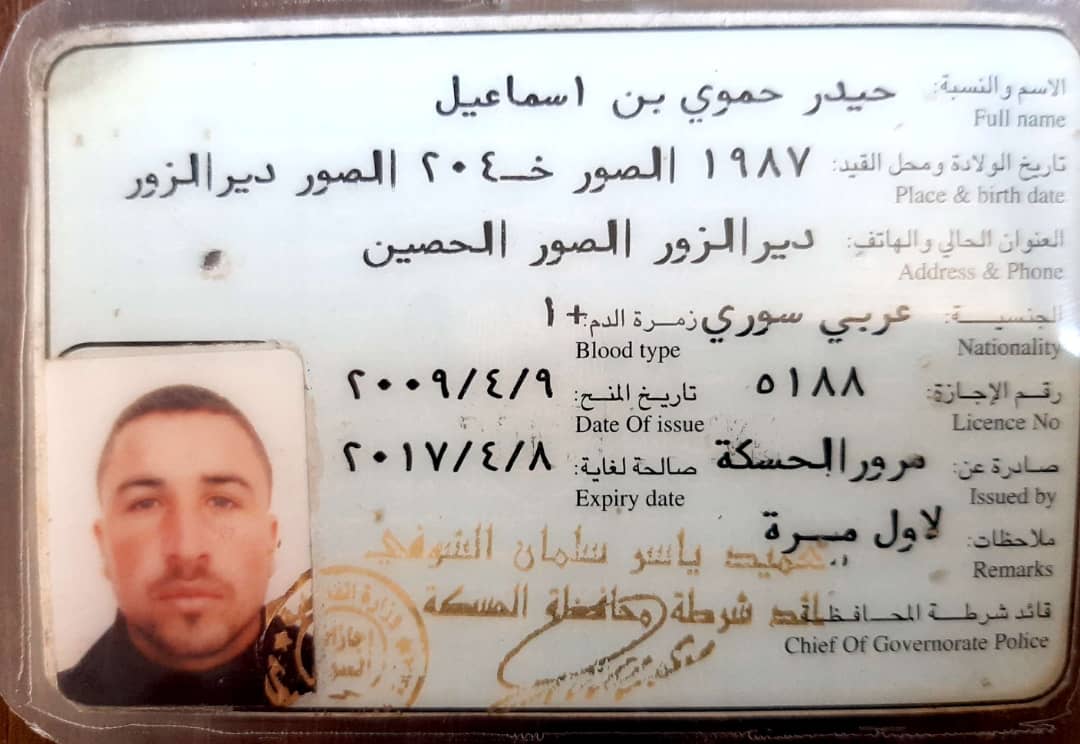 Our correspondent indicated that the arrest came when the employee of the Syrian Red Crescent, Haydar Hamwi Ismail, who is a resident of the town of Tire in the city of Deir Ezzor, and who lives in the city of al-Hasakah now, tried to smuggle ISIS women out of the camp, taking advantage of his work as a water tanker driver, and his mission was to enter drinking water from outside the camp to al-Muhajerat section, and filling the tanks spread throughout the camp.

According to the security authorities in the camp, after receiving information about an attempt to smuggle women, its forces stopped the truck and searched it thoroughly, to find an additional tank at the bottom of the truck containing 4 women and 4 children, all of whom had Russian nationality.

In the video clip that our correspondent took after bringing them to the security forces center, it is clear that the employee is paying 100 dollars for each person who is smuggled, and it was found that the ISIS women tried to flee to go to Idlib and Turkey.

Since March 2019, after the defeat of ISIS in its last strongholds in the town of al-Baghouz, al-Hol camp has witnessed cases of killing, flogging, and burning tents, not to mention the attempts to flee that have become daily, while the Autonomous Administration and the camp officials continue to do everything that falls on their shoulders, to prevent the escape ISIS mercenaries, given their danger to the entire world.

We must be ready to face Turkish occupation's attacks

The mothers of the martyrs and the Guerrilla fighters in Qamishlo canton called on all segme...

The Education Commission in the Autonomous Administration of North and East Syria approved t...

We must be ready to face Turkish occupation's attacks

France: We will continue to stand beside Lebanon