The symposium was moderated by Muhannad Deliqan, the leader in the People's Will Party. The two parties agreed that international and regional conditions had a clear impact on the Syrian crisis, particularly by linking it to complex regional and international files. 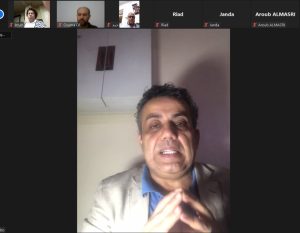 The two sides also stressed the need to resolve the Syrian crisis according to its political track, based on Resolution 2254; with more visible role for the national democratic opposition.

It is noteworthy that on August 30, 2020, the Syrian Democratic Council and the People's Will signed a memorandum of understanding in Moscow consisting of five points that are considered basic constants for the Syrian solution and an important executive vision to end the country's crisis.

A delegation from the Autonomous Administration of North and East Syria discussed with the N...

The Syrian Major General Party, which is active in As-Suwayda, confirmed that the state of...

Saleh Muslim: NATO's hostility to Kurds will make it not be able to fight terrorism