On Saturday, the Relations Office of the Syrian Democratic Forces (QSD) organized a tribal forum for the sheikhs and dignitaries of the Arab and Kurdish tribes and the intellectuals of Qamishlo canton, under the slogan "the sheikhs and dignitaries of the clans pledge to the Syrian Democratic Forces to stand united in the face of aggressive practices and demographic change against the peoples of the region."

Hundreds of sheikhs and dignitaries of Arab and Kurdish clans, intellectuals and the canton of Qamishlo, and Islamic scholars participate in the forum, which is held in the Zana Hall in Qamishlo. 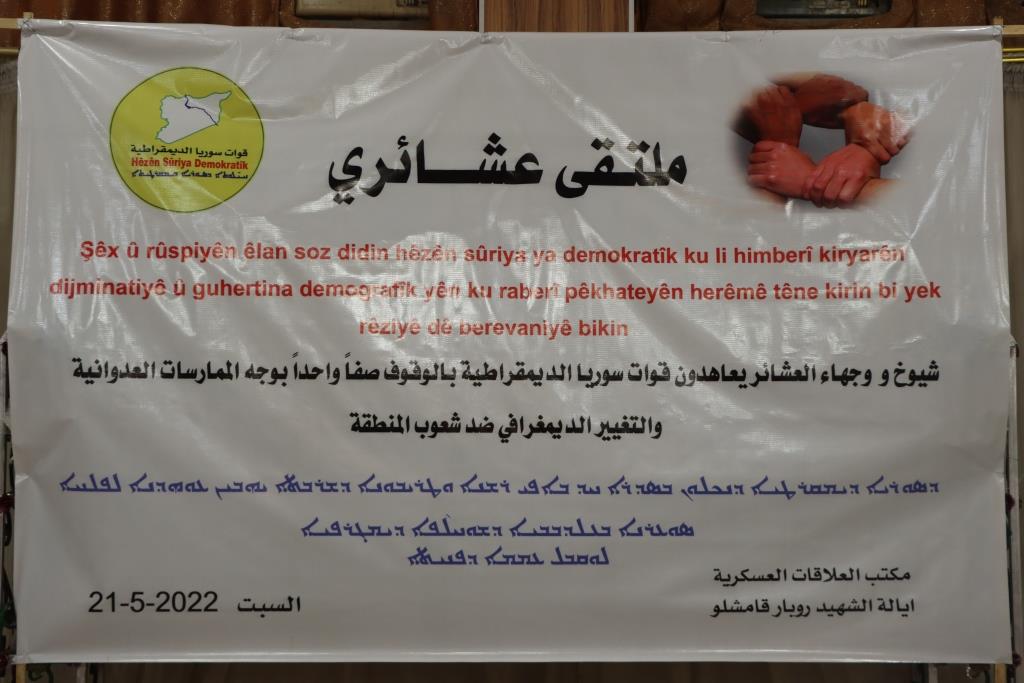 The forum aims to denounce the arbitrary attacks and policies practiced by the Turkish occupation against north and east Syria, in addition to the policies of settling Syrian refugees and demographic change and the crimes committed by its mercenaries in the occupied Syrian regions.

According to the Preparatory Committee, the program of the forum includes an explanation of the political situation by a member of the Military Council in Qamishlo, Birtan Mohammad, and a discussion on the current situation in north and east Syria by the attendees.

In addition to reciting poetry, and issuing a closing statement by the sheikhs and dignitaries of the clans participating in the forum.