The Ain Issa camp in Girê Spî is home to about 13,000 displaced people and refugees from various cities in Syria and Iraq. The displaced population is distributed over 2,700 tents and five large tents.

The camp was set up by the Autonomous Administration (AA) in November 2016, to receive the displaced fleeing the liberation battles waged by the Syrian Democratic Forces(SDF) against Daesh mercenaries in the city of al-Raqqa and its countryside for their security.

Al-Raqqa Civil Council received administration of the camp after the establishment of the council in 18 April last year, to take on the task of providing assistance and the basic needs of the displaced in cooperation with the organizations.

The number of displaced people in the camp exceeded 29,000 displaced during the liberation process led by SDF against Daesh mercenaries in the city of al-Raqqa in the middle of last year. With the announcement of the Syrian Democratic Forces to liberate the city of al-Raqqa from mercenaries, its civil council started to remove the rubble and provide services and basic needs for the people of the city which encouraged half of them to return to their homes where the number settled on 13 thousand displaced from the beginning of 2018 to the present time.

During the beginning of last year and the end of it, many entered and left the camp daily, where most of the displaced in the AA areas returned to their cities after securing them and providing services (Al-Raqqa, Deir ez-Zor), and the entry of displaced from outside the AA areas to the camp.

SDF fighting and the military operations against mercenaries in the city, as well as the booby traps and mines planted by the mercenaries have caused a great deal of damage to civilians' homes. This has led many of them to remain in the camp because of lack of shelter and the availability of services provided by the administration in the camp and the secure situation and availability of employment on the other hand.

Tens of thousands of displaced people from various Syrian cities, such as those under the control of the regime and the areas occupied by Turkey and its mercenaries, chose northern and eastern Syria as their destination, especially the camps set up by the autonomous and civilian administrations, including Ain Issa camp, that is home to more than 10,000 displaced people from various Syrian cities.

The displaced from Madan city in the eastern countryside of al-Raqqa on the southern bank of the Euphrates River, which is controlled by the regime and refused to reveal its name, attributed the reason for their staying at the camp to the availability of security and stability in the region and the means of living in the AA areas.

The Ain Issa camp administration, in collaboration with some organizations, provides the displaced people with assistance, job opportunities, transit facilities and other needs according to the available resources.

The administrative staff in Ain Issa Jalal al-Ayyaf camp attributed the steady number of displaced persons in the camp to the entry of families of displaced people who were living in rural schools to the camp in parallel with the departure of other families.

Al-Ayyaf explained that the reason for more than 3,000 displaced people from the city of al-Raqqa remaining in the camp is due to the destruction of their homes during the liberation battles.

Al-Ayyaf called on all organizations working in the region to help displaced people return to their homes which are uninhabitable by contributing to the reconstruction and restoration of their destroyed homes to abandon the life of displacement. 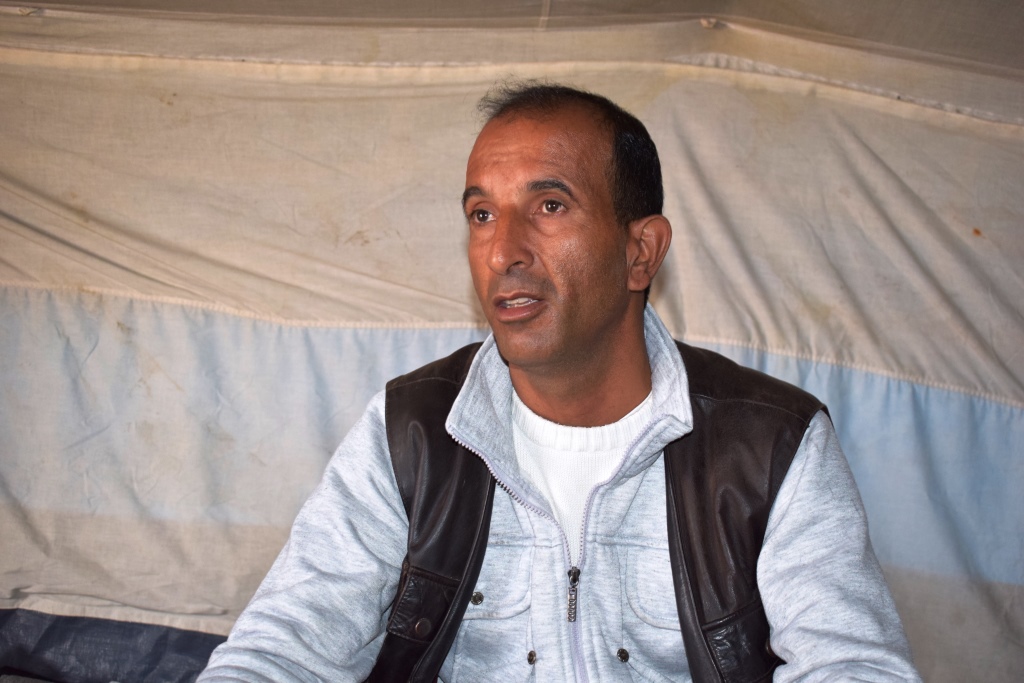 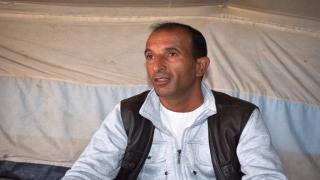 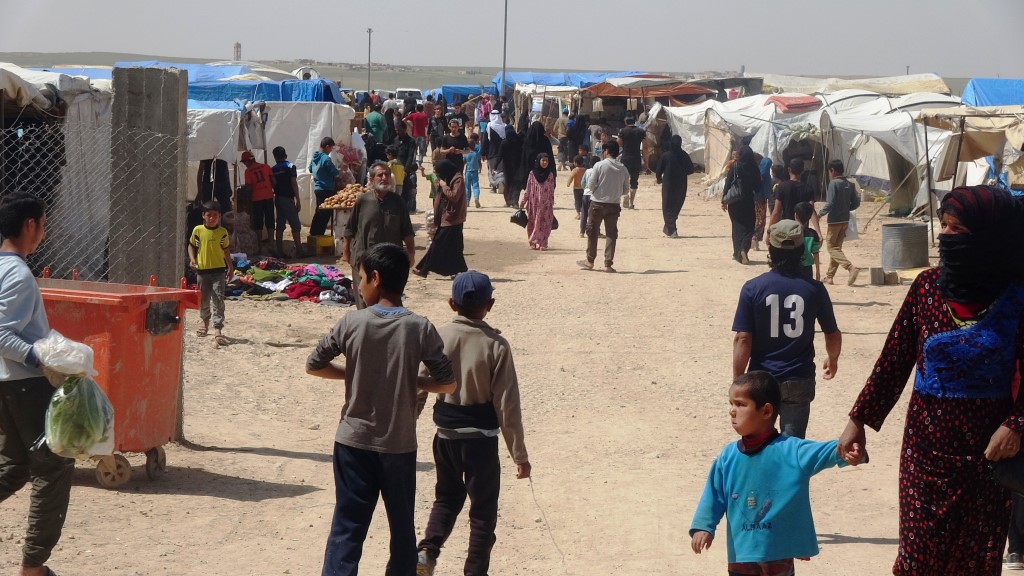 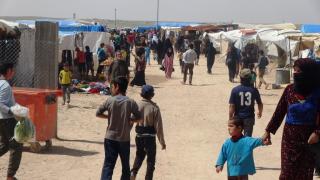 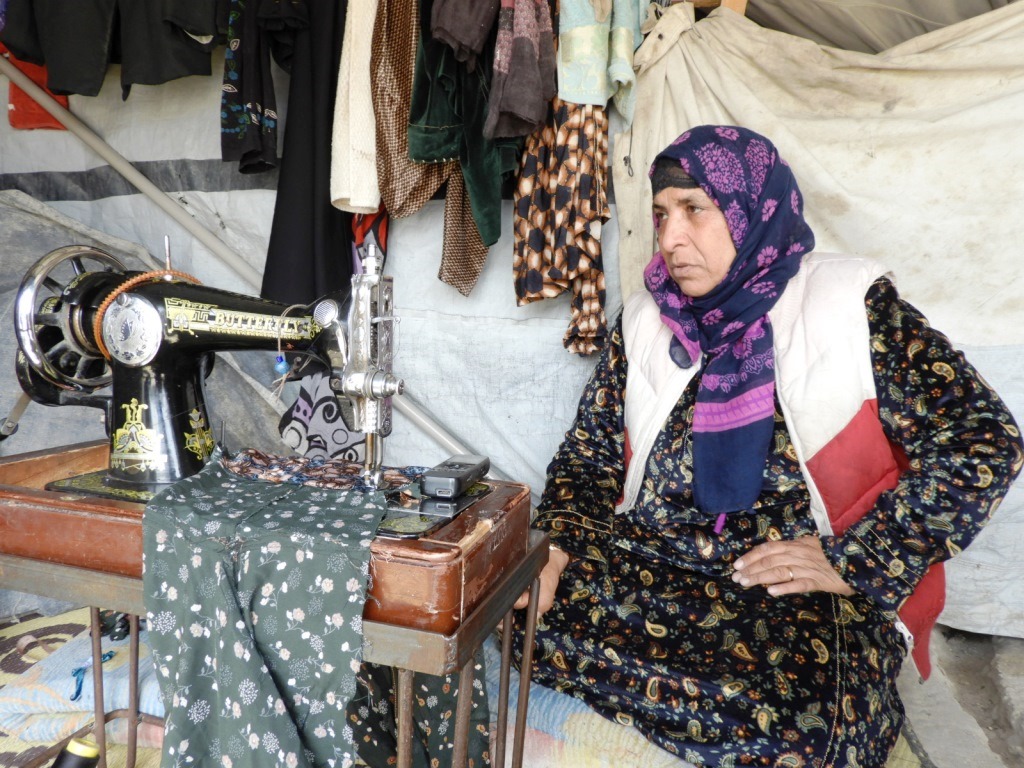 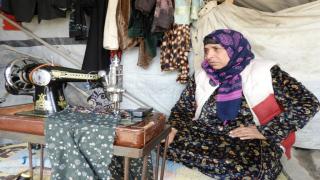 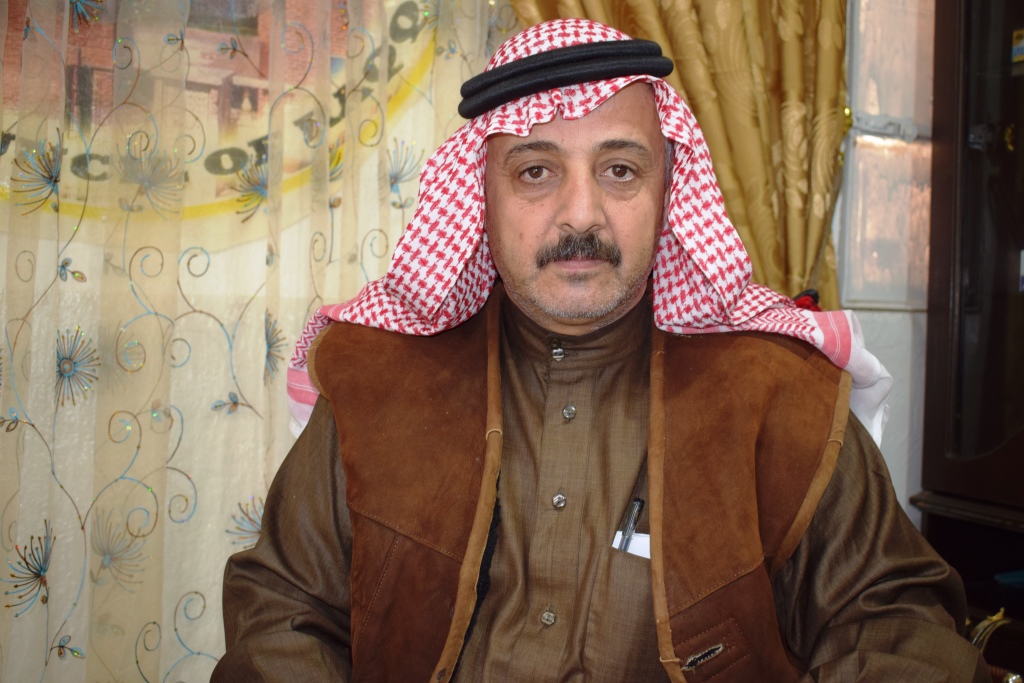