The Fact-finding Commission of the United Nations Human Rights Council issued a report on September 14 of this year, in which it indicated that the crimes committed in the areas controlled by the Turkish occupation army amount to war crimes.

The report also touched on the situation of the regions in general, with a number of crimes committed against the indigenous people in the region, including violations of freedoms, intentional killing, kidnapping, extortion for financial reasons, etc.

To shed light on the issue, our agency met with Ibrahim Sheikho, the official spokesperson for the Human Rights Organization in Afrin - Syria, who confirmed that the committee issued its report based on the documents and evidence they presented as an organization concerned with humanitarian affairs in Afrin to the United Nations Human Rights Council.

Sheikho began his speech by recalling the widespread aggression of the Turkish forces against the city of Afrin in 2018, in order to occupy the city under the name of Operation Olive Branch, and said, "This operation led to the displacement of more than 300 thousand people, most of them Kurds."

"It seized thousands of homes, along with kidnappings, killings, demanding ransoms and seizing property under pretexts and accusations that these people belong to the Kurdish Autonomous Administration." He said.

He noted that the goal is to change the demography of the region, and this plan came in stages by imposing the Turkish, raising flags and pictures of the Turkish president on institutions and schools, and forming local councils.

The clashes between the numerous factions, is something planned to empty the region of those factions in the future and turn Afrin into Iskenderun again.

The Human Rights Organization in Afrin had previously published a statistic indicating that before the occupation, the percentage of Kurds in Afrin was about 95%, but later it decreased to less than 20%, which confirms the validity of the news about the demographic change in the city.

Sheikho noted that the reports they prepared, had a prominent role in documenting some of the crimes and highlighting them by the United Nations.

In this regard, he said, "There are more than fifty military factions working under the command of the Turkish occupation army and its intelligence. We have documented these violations since the occupation of Afrin and communicated the reports to the concerned humanitarian organizations, especially the UN Human Rights Council's Fact-Finding Committee. ".

He added that he spoke about the reports issued biased towards Turkey in holding the factions accountable as individual crimes to conceal the responsibility of the Turkish occupation state, but the issuance of a report by the fact-finding committee on the fourteenth of September, put the points in the letters, and shed light on the crimes that they documented as a human rights organization in Afrin, Syria, the right of the original Kurdish citizens by the Turkish occupation.

Sheikho said, "We also shed light on the transfer of Kurdish citizens from Syria to Turkey to be tried under the terms of terrorism, knowing that they are Syrian citizens, and the Syrian state still exists and is sovereign."

As for the issue of the volume of crimes committed in Afrin, Sheikho said, "The crimes that occur in Afrin are countless, the last of which is the documentation of the crime of gang rape in one of the prisons of the so-called Military Police faction against a minor girl, as she is a Kurdish under the age of 17 years under the ears and eyes of the Turkish occupation."

Article 42 of the Hague Treaty of 1907 states that the occupation has a duty to provide safety, security and safety for civilians, especially women and children.

Sheikho touches on the practices of the Turkish state and its direct endeavor to displace the Kurds and change the demography of the region. This is what was mentioned in the report issued by the High Commissioner for Human Rights on September 18 of this year, where it directly accused the Turkish government and held it the legal responsibility in front of its failure to protect civilians.

Sheikho says that although the report does not mention only a small part of the crimes that take place daily in Afrin, it opens the way for accusations to be brought against the leaders of the Turkish occupation army and the opening of cases in the International Criminal Court to hold Turkey accountable for its actions.

He also points out that the percentage of crimes that they documented constitute only 30% of the crimes that occurred in Afrin, and the rest remained undocumented.

We also see that the occupying Turkish state is accused of committing crimes against humanity, which amount to war crimes in northern Syria, especially in Afrin.

Sheikho ended his speech by thanking many humanitarian and legal organizations for their help in exposing the practices and crimes of the Turkish occupation.

The opposition leader in the Turkish parliament, and the leader of the Republican People's P...

The Human Rights Organization Afrin-Syria documented that the Turkish occupation state in pa...

Nadine Menza: We proposed to US government political recognition of Autonomous Administration 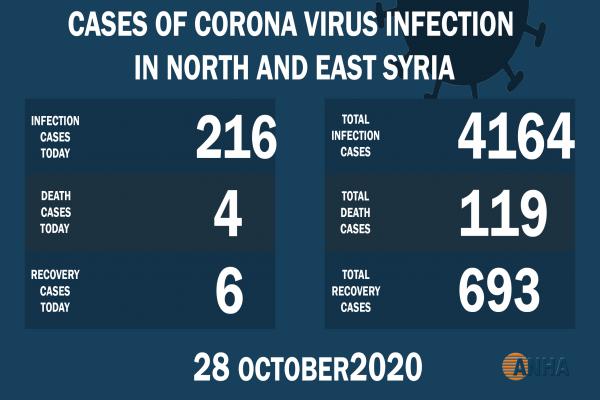 - Nadine Menza: We proposed to US government political recognition of Autonomous Administration