In order to support the hunger strike with pioneer of Leyla Guven, Nasir Yagiz and thousands of resisters in Turkish prisons to lift the isolation of the leader of the Kurdish people Abdullah Ocalan, Kongra Star in Sheikh Maksoud neighborhood in Aleppo organized a sit-in tent under the slogan "We Will Break the Isolation, Break Fascism, Establish Democratic Nation," in front of the Martyrs' Families Council.

The pictures of the hunger strikers and the leader of the Kurdish people Abdullah Ocalan, and the flags of Kongra Star, the Democratic Society Movement (TEV-DEM), the Martyrs' Families Council, Youth Council were hung in the tent alongside banners with "Youths are self-sacrificed for the leader. With pioneer of Leyla, we will step up the pace of resistance and live free with the leader. Peoples' fraternity is the dream of our martyrs and the dream of our martyrs is our eternal goal," written on.

The activity began on the 5th of May until the 12th of the same month, and for 24 hours in the form of alternations with the vast participation of components and communities of Sheikh Maksoud and al-Ashrafieh neighborhoods wearing white T-shirts with pictures of the leader Ocalan and the strugglers.

Political lectures and seminars were also organized, where the sit-inners were discussing these developments, as well as lectures on the life of the Kurdish leader Abdullah Ocalan.

Despite the fact that the sit-in tent coincided with the month of Ramadan, the protesters continued their activities with a distinctive participation of the elderly and mothers of the martyrs who found this sit-in a way to follow the footsteps of their children and deter the practices of the Turkish occupier.

It is notable that the people of Sheikh Maksoud and al-Ashrafieh neighborhoods with all their components and sects (Kurds, Arabs, Turkmans, Yazidis, Muslims and Christians) affirmed that the support of the strikers' resistance was a duty. They found in the brutal attacks to which Sheikh Maksoud neighborhood was exposed that resistance was the only option for free life and breaking the thorn of the tyranny, denying at the same time the shameful silence of the human rights and humanitarian organizations.

Activities will not stop

"The organization of the event aimed at solidarity with the parliamentarian Leyla Guven and her comrades inside and outside the prisons," said the administrator in Kongra Star Hevin Suleiman.

She noted, "The Kurdish women, including Leyla Kassem, Leyla Shailmes and finally Leyla Guven proved that they were the spark of the revolution against the aggressors, pledging that they are continuing their activities and events till achieving the resisters' demands." 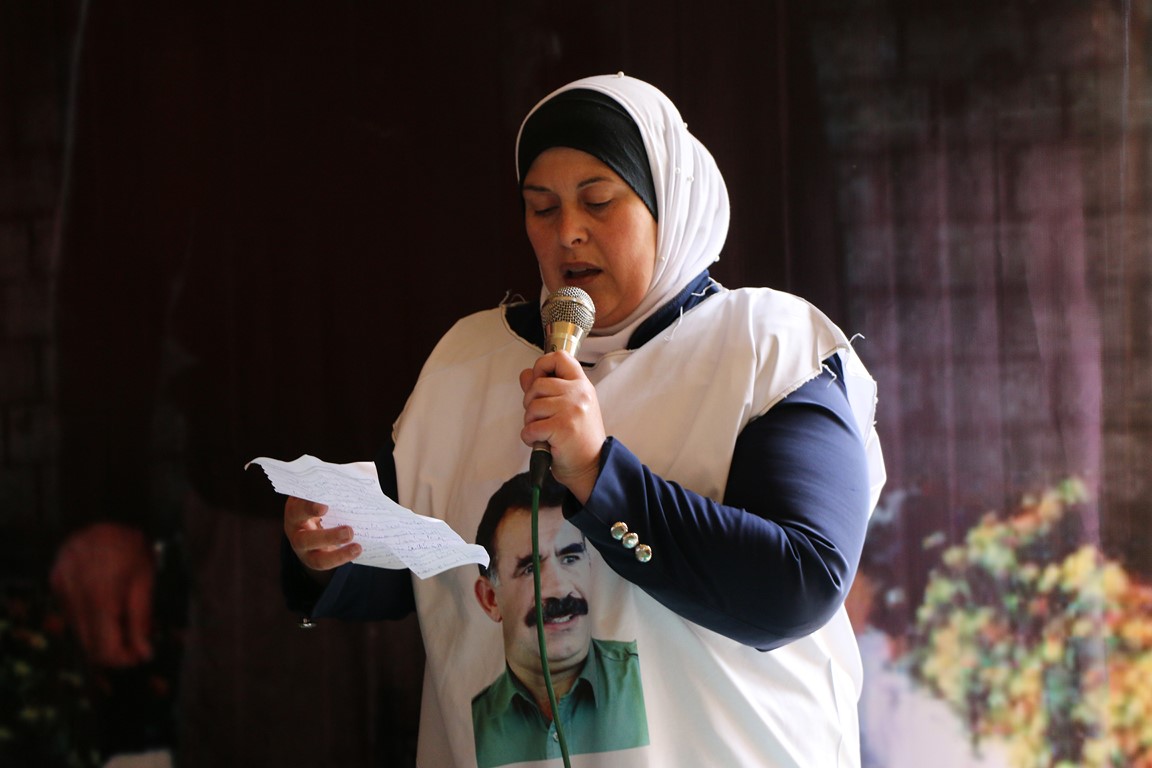 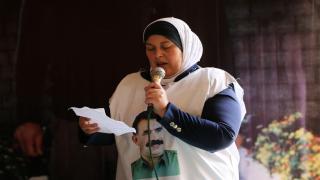 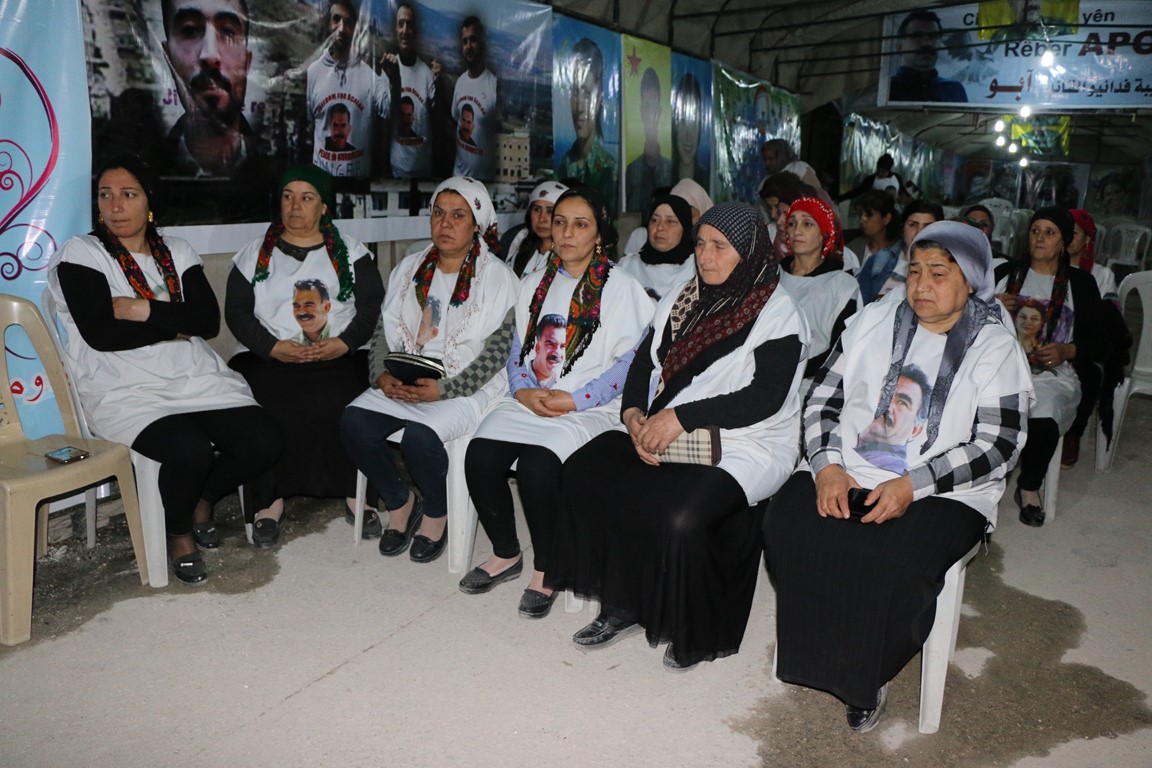 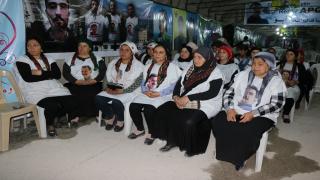 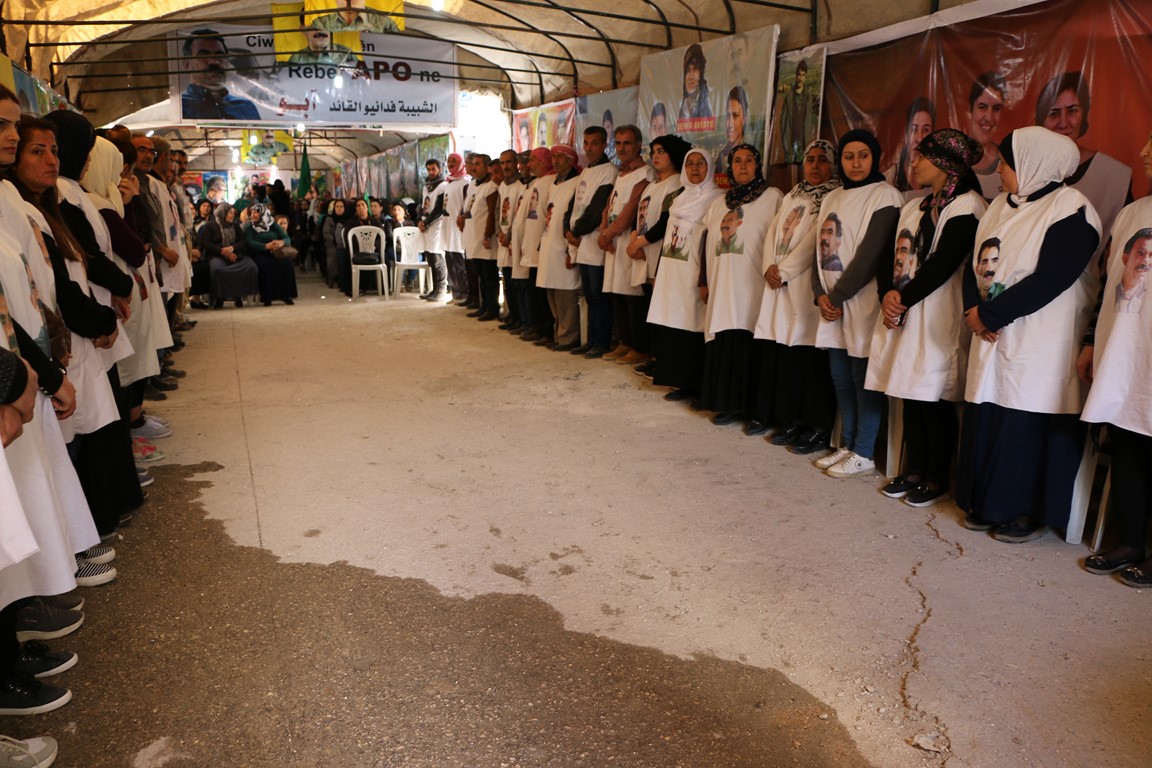 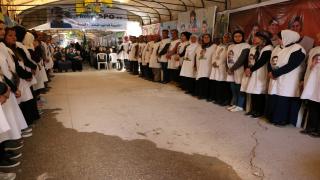 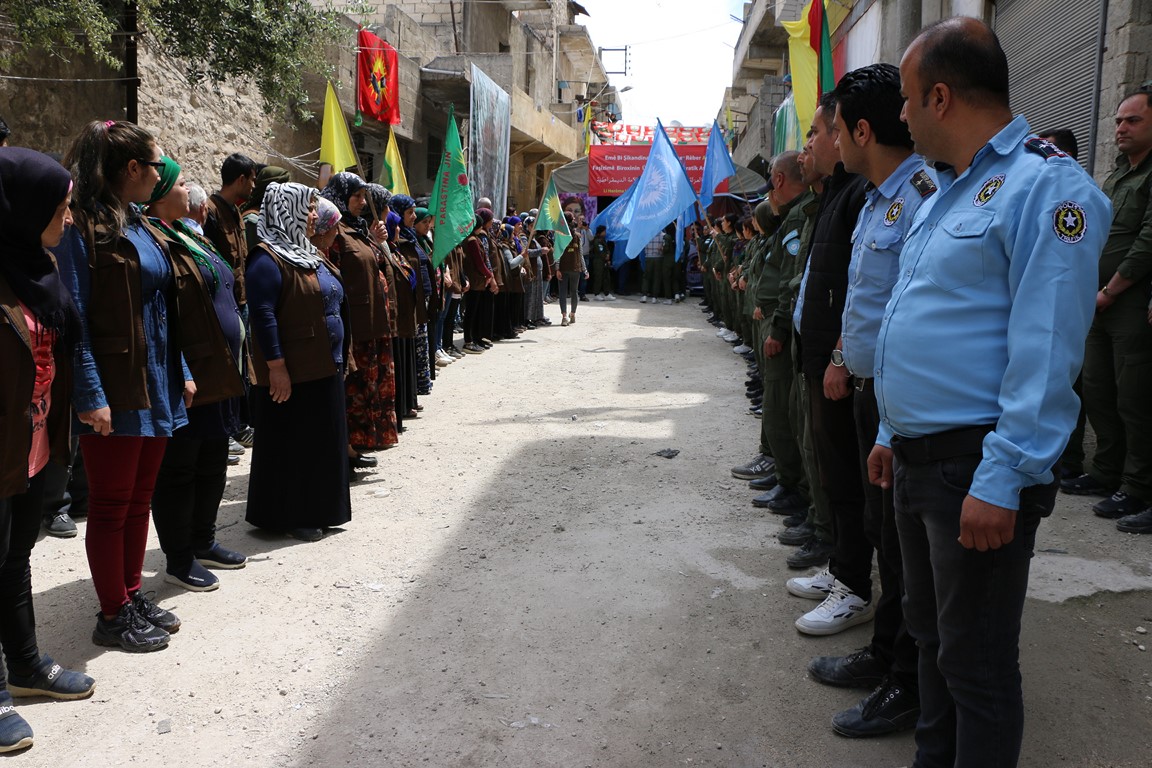 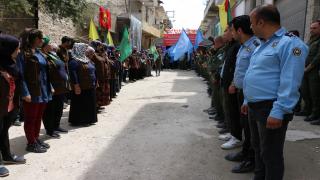 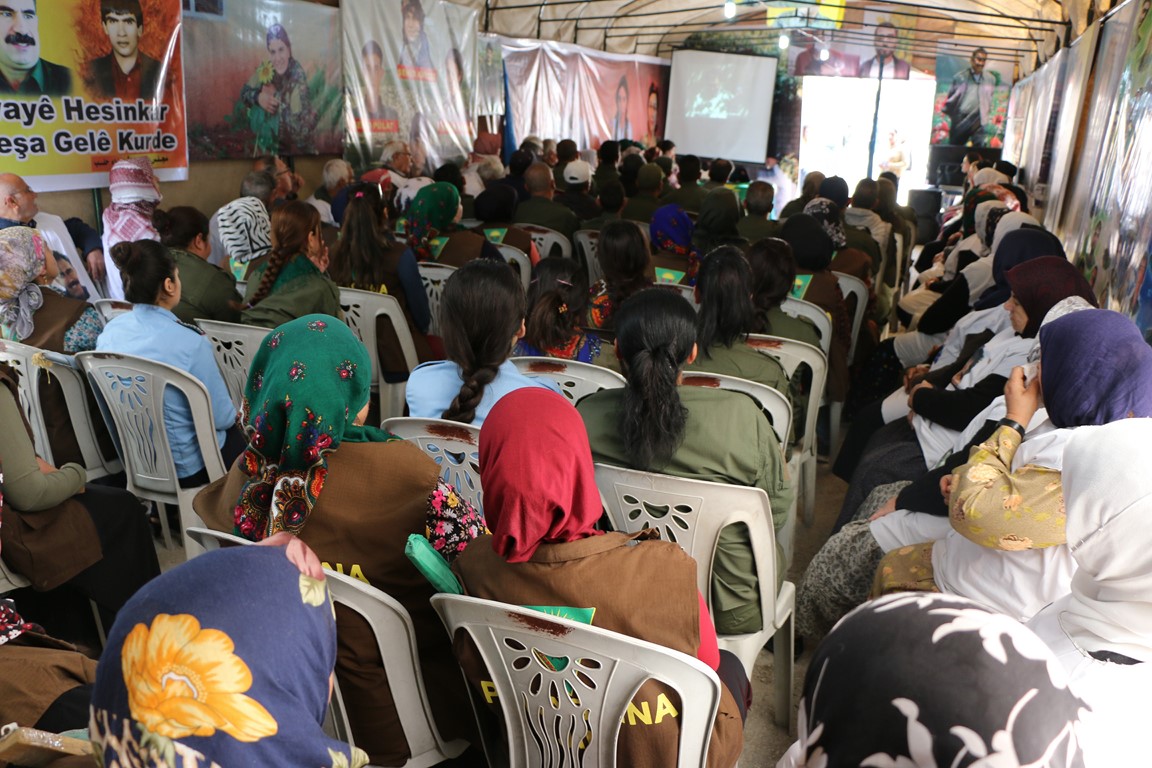 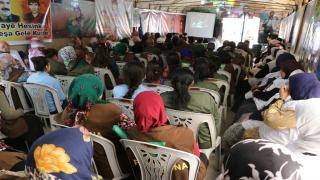 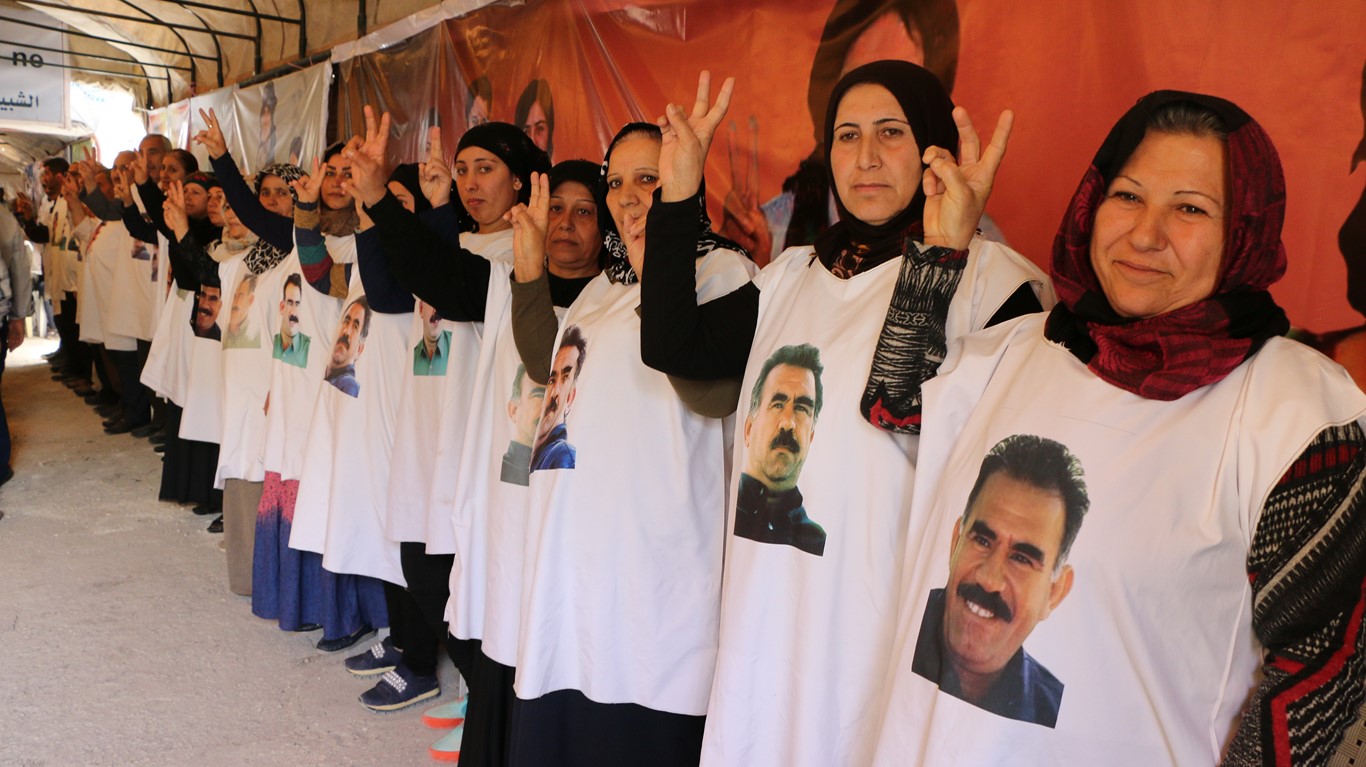 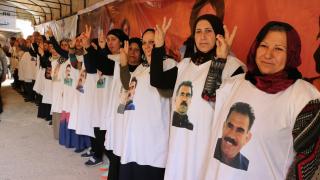 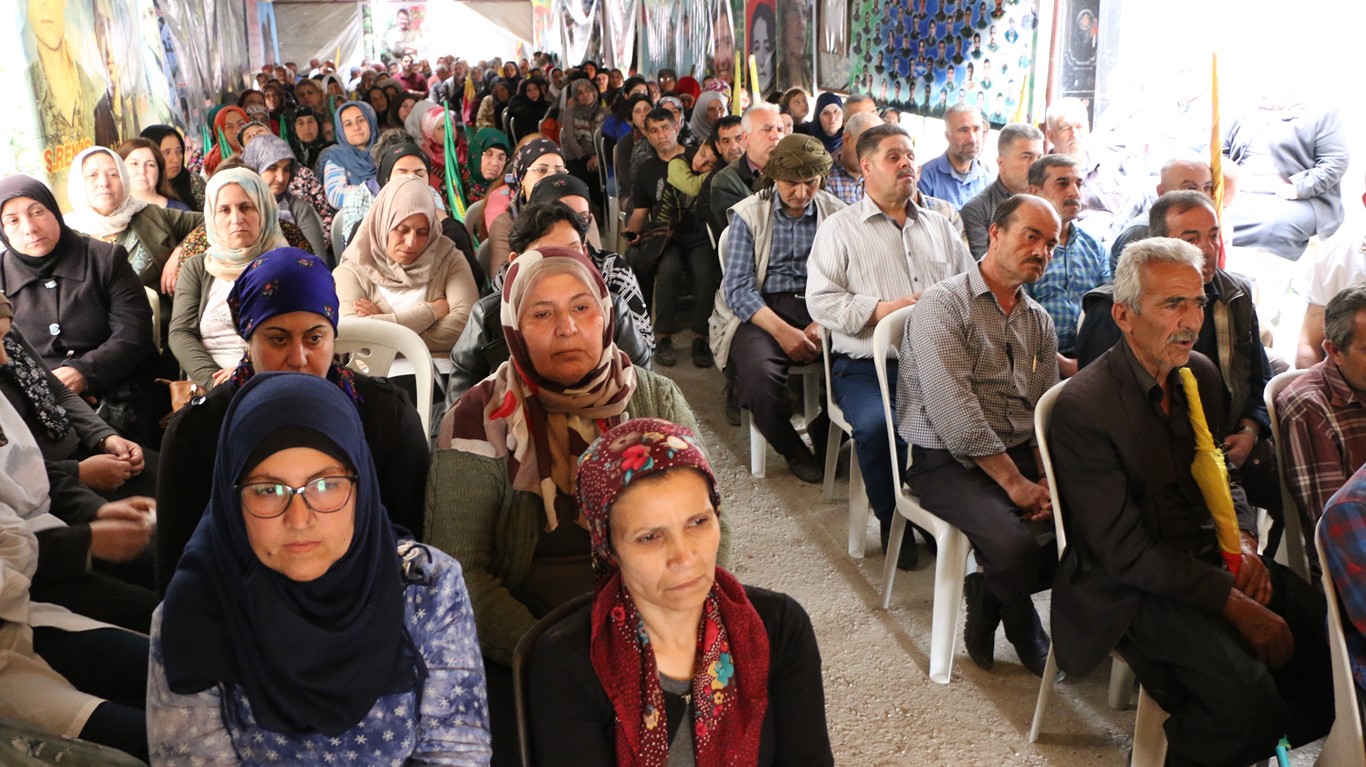 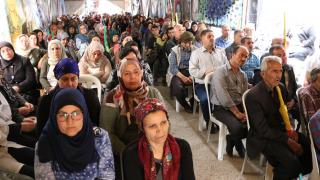 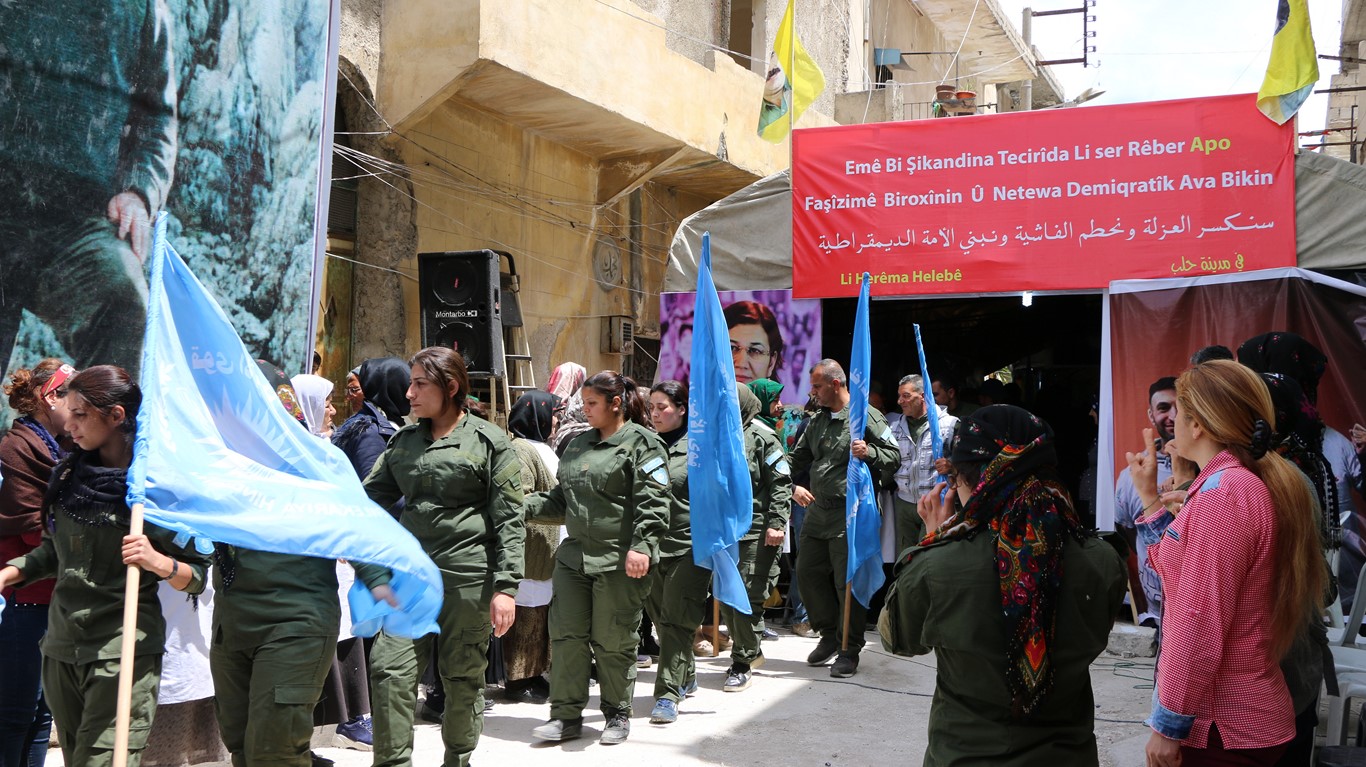 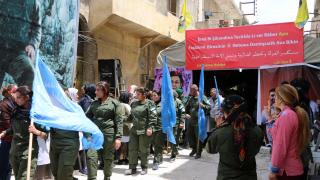 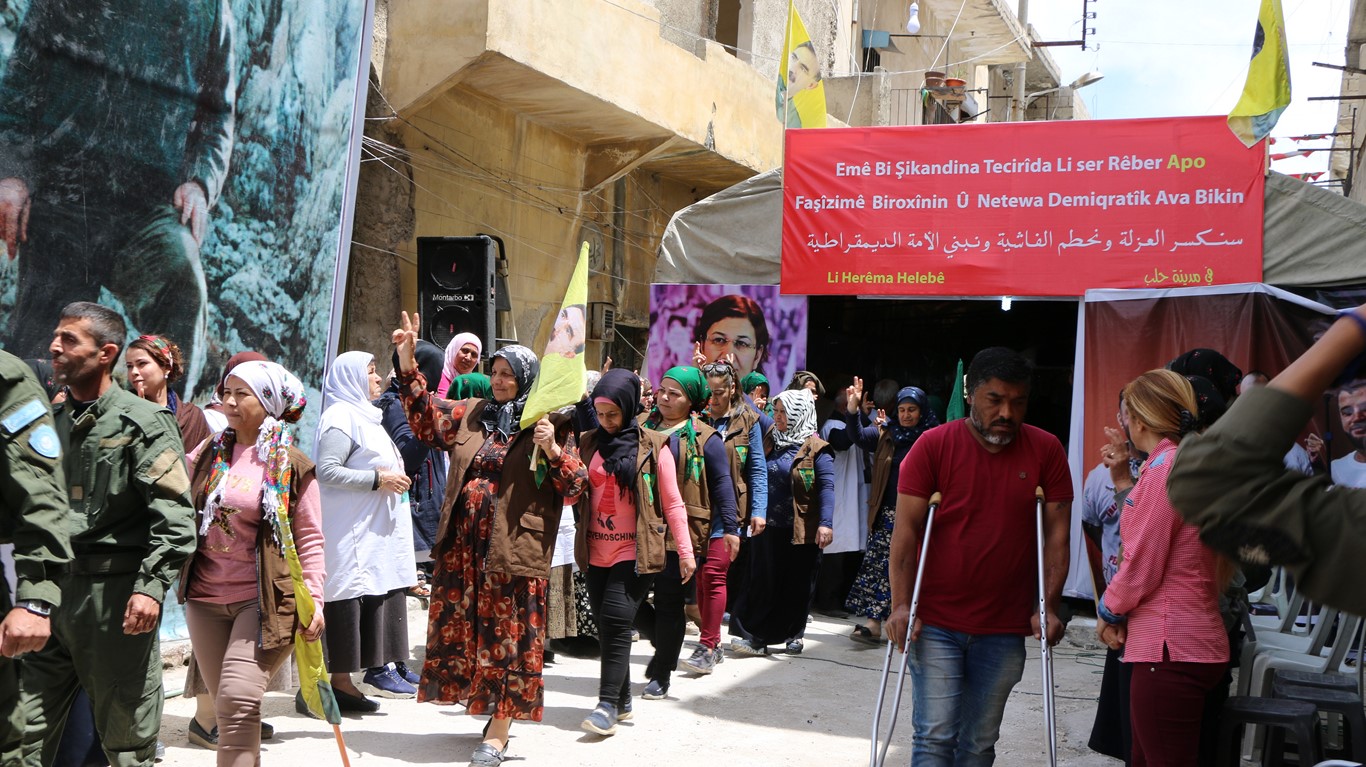 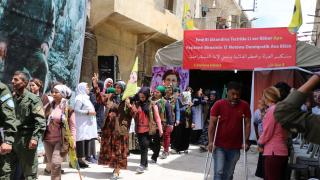 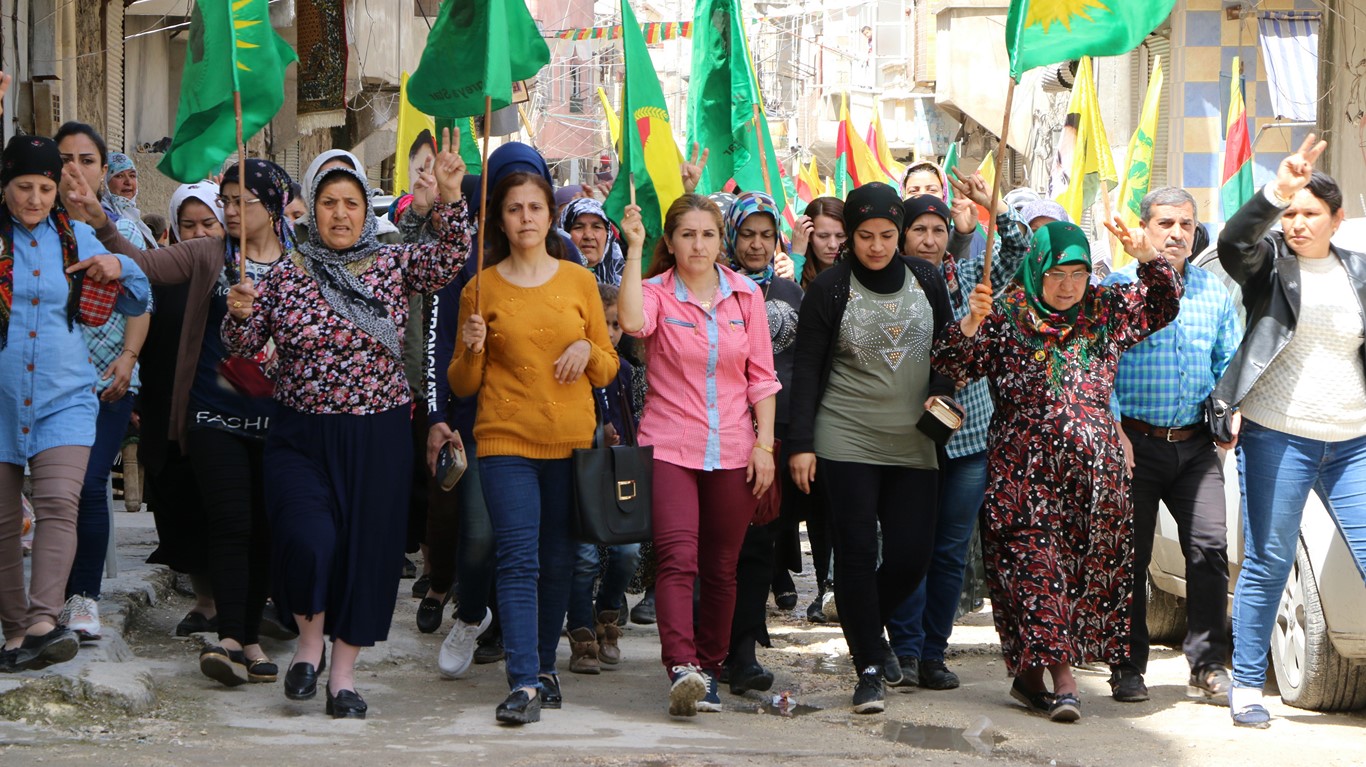 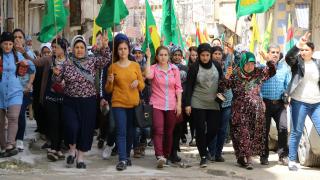 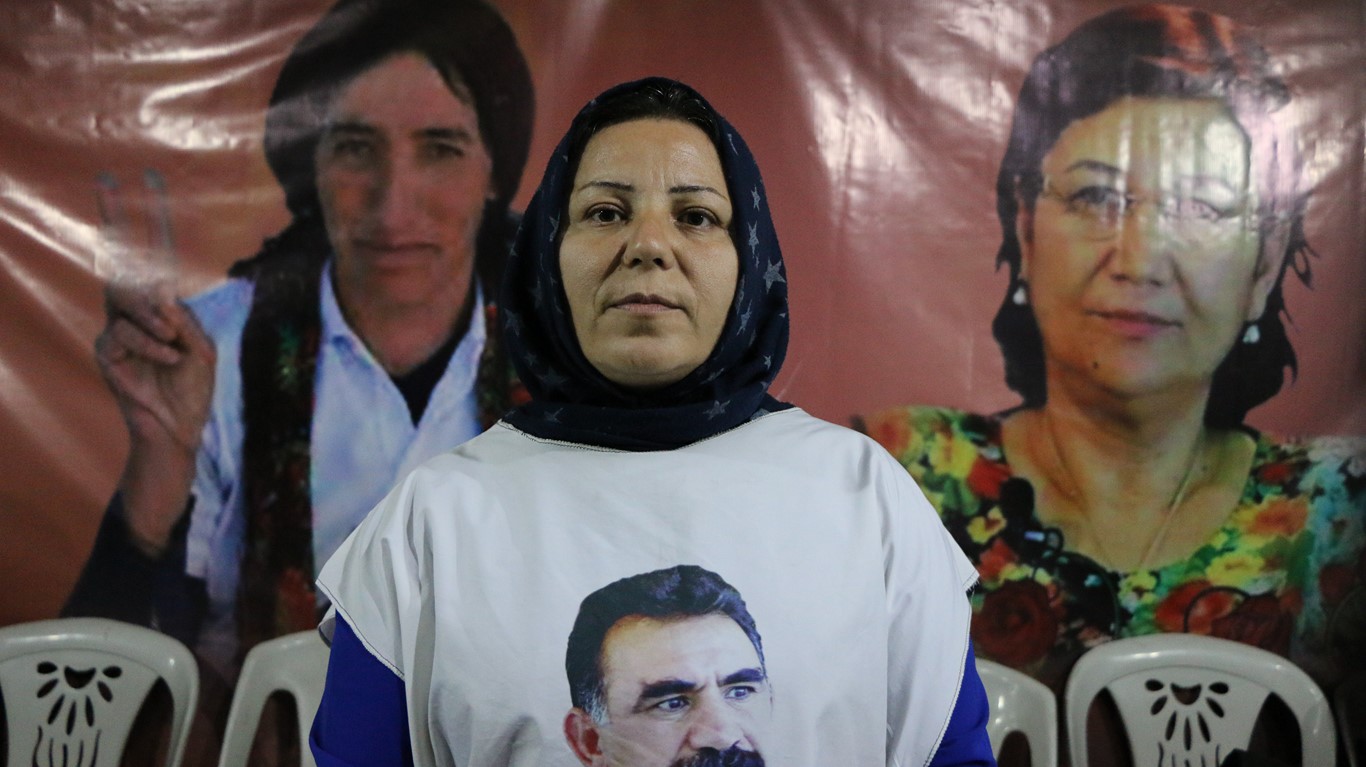 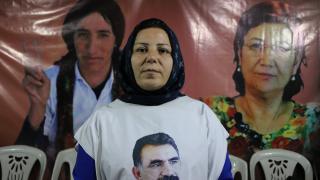 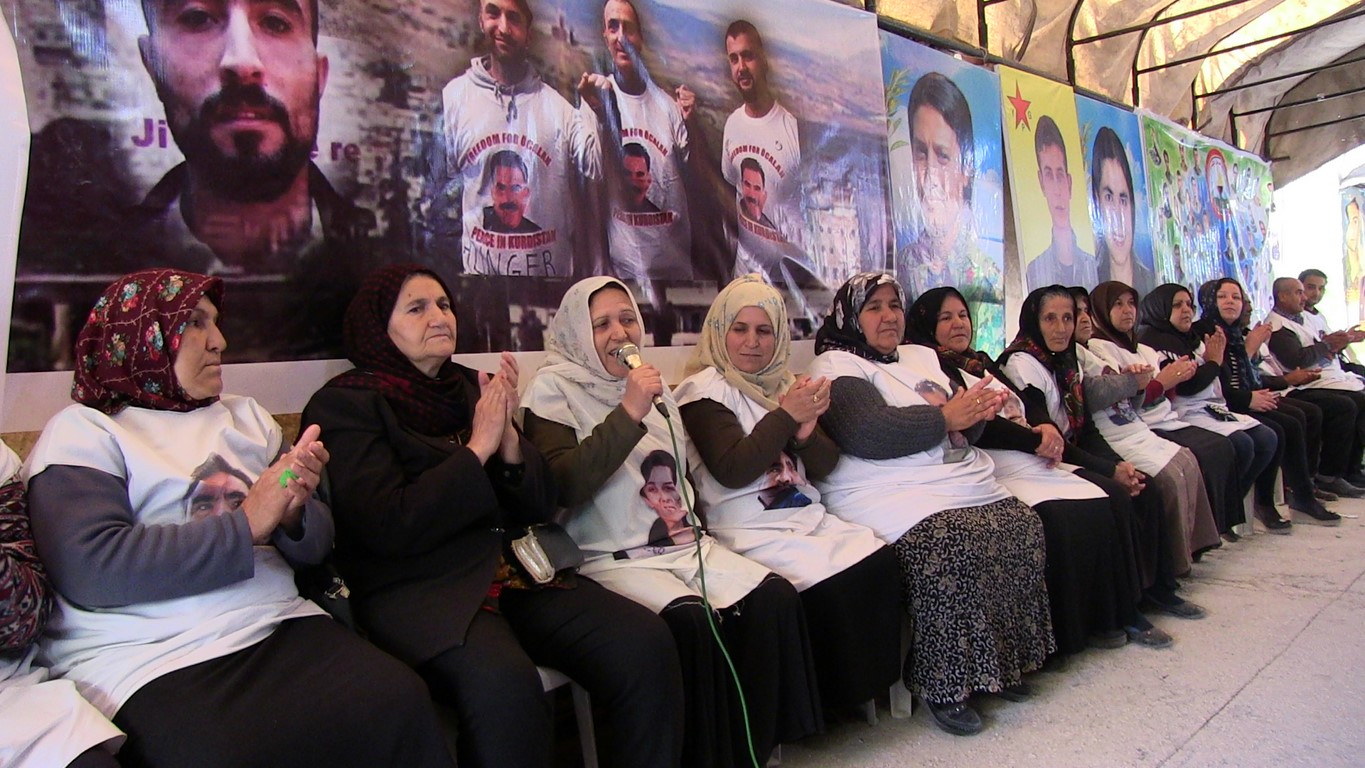 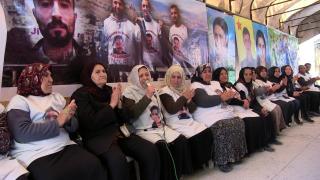 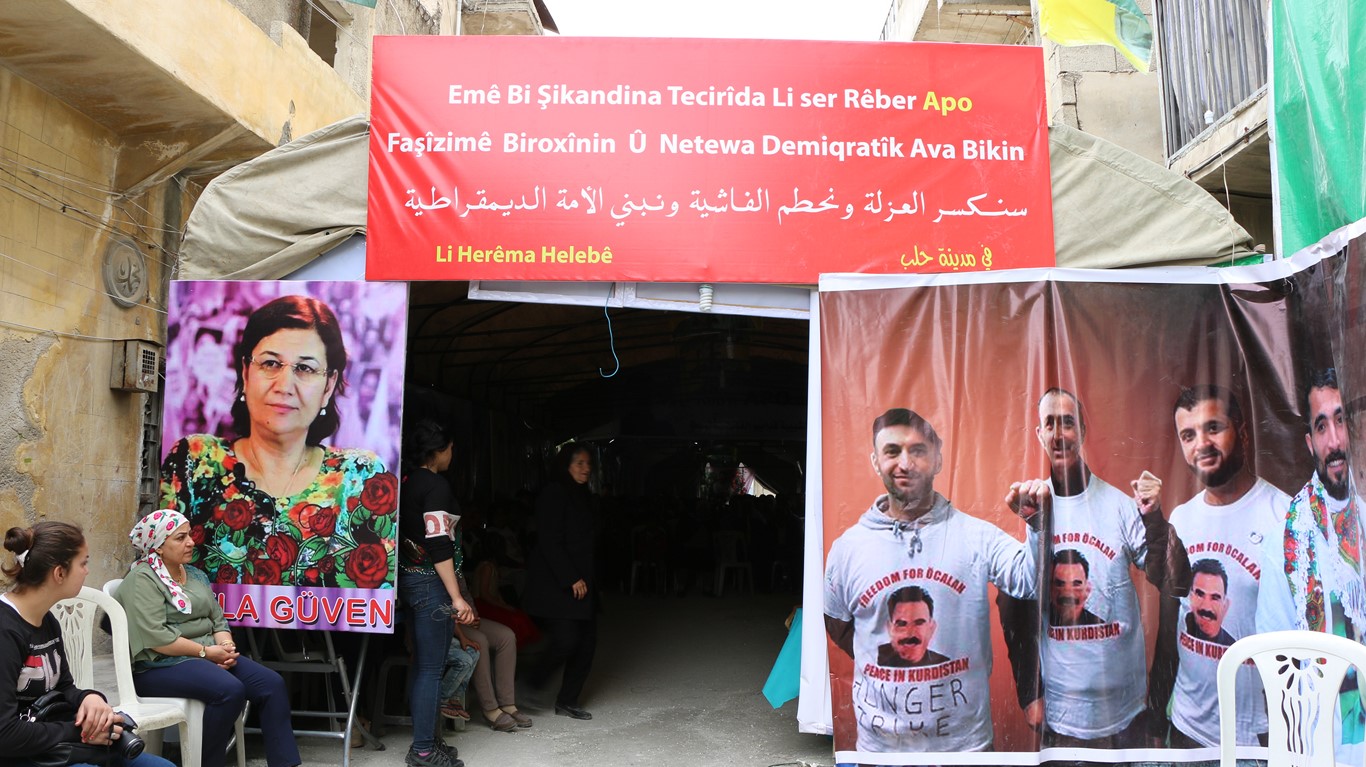 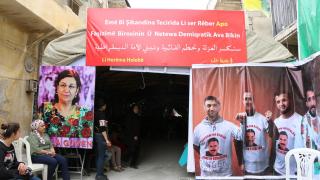 Protests in Europe condemning violence and targeting 3 women in Kobani

​​​​​​​Dozens of Kurdish women in German and French cities took to the streets... 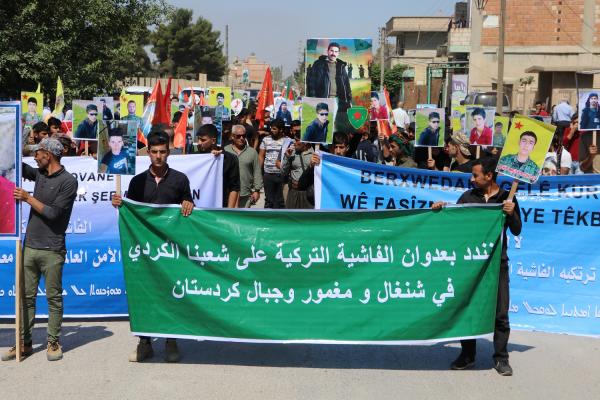