The Autonomous Administration of North and East Syria has always proposed the system and principles of real decentralization to solve the Syrian crisis, in return for the authoritarian centralization that caused the structural crisis in Syria.

To discuss all these principles, the Preparatory Committee for the Conference of Democratic Forces and Personalities began some time ago to hold a series of meetings with Syrian opposition figures in northeastern Syria and Syria in general.

Decentralization is an essential part of building Syria 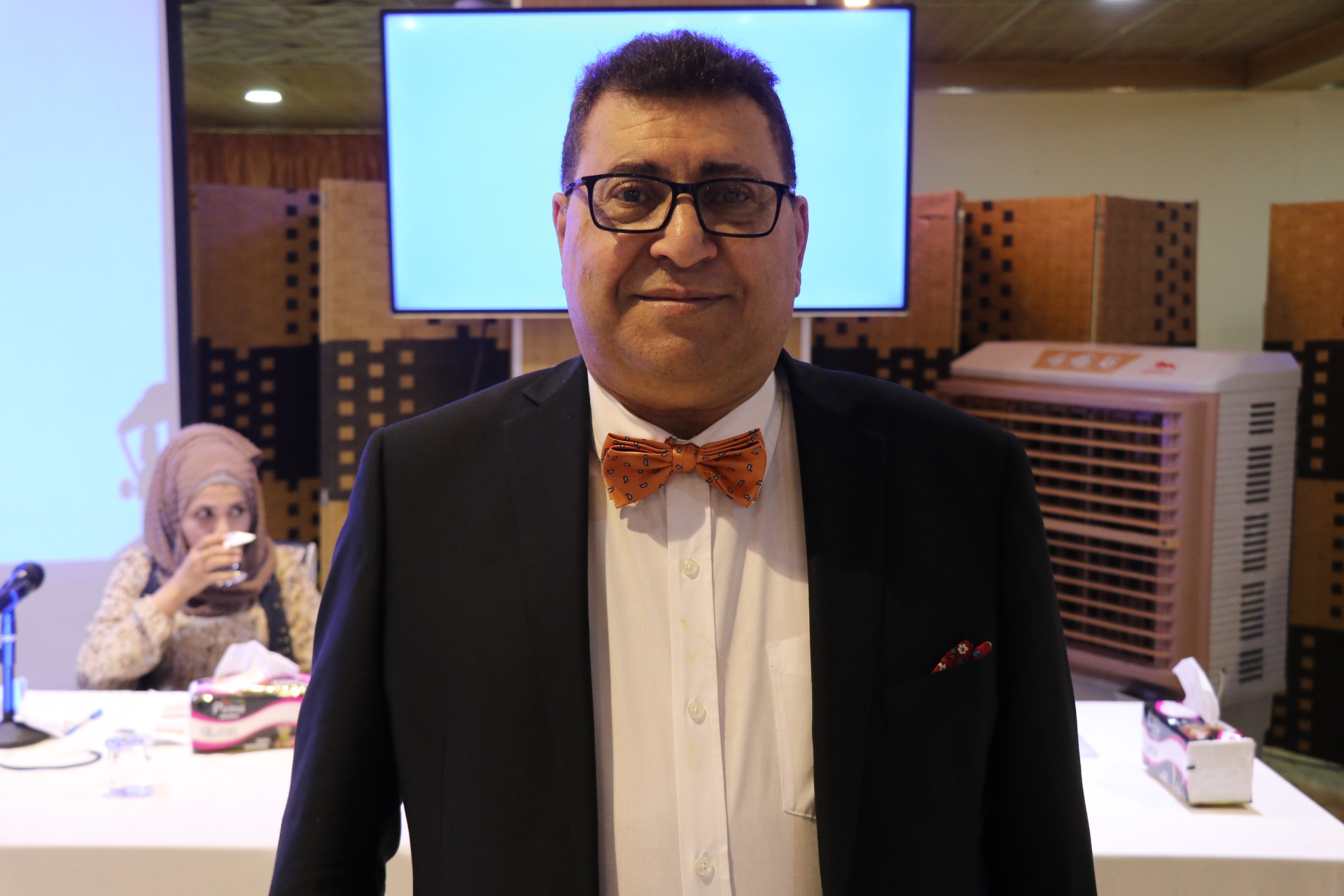 On this, the Syrian opposition member from Douma in Eastern Ghouta, Suleiman Hawari, referred to the reasons and objectives of his participation in the forums organized by the Preparatory Committee for Democratic Forces and Personalities, saying: “I preferred to participate in the forum to discuss with the Syrians of all their spectrum to learn about the real political concepts of moving to a new stage to build Syria and reach a political solution.”

Regarding his participation in the Qamishlo Consultative Forum, Hawari said, "This is the time I visit the city of Qamishlo, during which I visited the shrine of the martyrs, which includes about a thousand martyrs, frankly, the blood of these martyrs and the blood of the Syrian people is what made me participate in the forum."

Regarding the basic concept of decentralization that requires its implementation in the future Syria, Hawari believes that “administrative decentralization focuses on five central foundations, which are (the Ministry of Interior ie the army, the Foreign Ministry, the national wealth and the unity of the financial and political decision in Syria) and everything else is decentralized from the governorate elections and its representative.  Parliament until the Syrian people elect the President of the Republic.

He stressed: "Decentralization is the correct way to produce a constructive society that loves nationalism, and it is the real preserver of Syria's unity, not partition, as some understand it."

He continued: "There is security, safety, and wonderful management and organization in the areas of the Autonomous Administration. Certainly, every new administration has negatives that can be eliminated gradually, and these negatives do not definitely shame the region. Rather, we, as Syrians from Kurds, Arabs, Turkmen, Assyrians and Syriacs all over the world, must stand with  This experience is to be a true example for all Syrian regions.”

The Syrian opposition figure, Suleiman Hawari, expressed his support for the implementation of the administration project in the general Syria, "because this is the only way to restore Syria to its civilized and humanitarian role and to stop Syria on its feet in order to start again in building itself after all the destruction that has happened, so we have no choice but the administrative decentralization.

Understanding through dialogue to solve the crisis

On what is required of the Syrian people to solve the Syrian crisis and build a future Syria, Hawari explained: “What is required of everyone is understanding through dialogue. We must be open to real dialogue in order to be honest and understanding about what we want. When we agree with a sophisticated dialogue, we will reach safety and deliver.”  Syria has entered a new stage of construction and real sacrifice for its construction, not for its destruction.

Addressing the Damascus government at the conclusion of his speech, he said: "Centralization cannot continue in the existing way. Administrative decentralization must be adopted in all of Syria in order for Syria to return to its face of civilization that exported civilization to the world."

Decentralization is discussed in times of stability 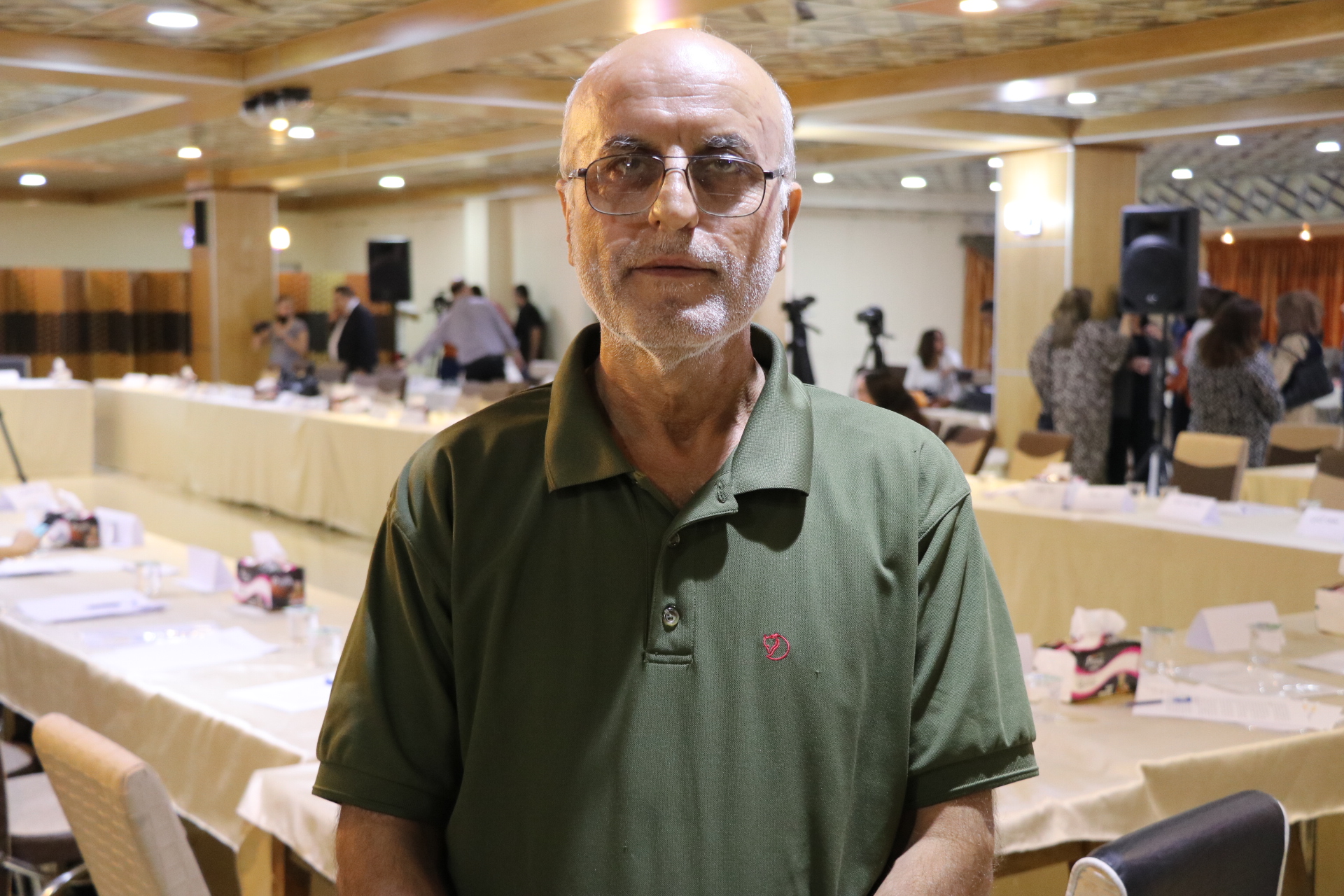 For his part, a member of the Peaceful Change Approach Movement, Jaafar Ali Ali, believes that decentralization is discussed in times of stability and not in times of crisis.

Jaafar Ali drew attention to the importance of the forums held by the Preparatory Committee for the Conference of Democratic Forces and Personalities, saying: "Dialogue conferences for decentralization are very positive, and provide a forum for all segments of the Syrian people, so discussing them is a good hope."

While most of the messages focused on by the consultative meetings of the Conference of Democratic Forces and Personalities, emphasized that in light of what the Syrian society is experiencing, decentralization is an entry point for a solution and guaranteeing the unity of the Syrian territories.

On what is required of the Syrian people to resolve the Syrian crisis and build a future Syria, Ali said: “Opening the dialogue table includes all the national parties of division, and the authority is an essential part of it so as to ensure change in Syria,” adding: “The dialogue table must be through a national dialogue, and the priorities are  stopping the bloodshed, defeating the religious fascist movement, this is the most dangerous thing facing Syria, and fighting religious fascist fundamentalism, which is an essential thing for us as a movement and fighting the occupations in Syria.”

A member of the Peaceful Change Approach Movement, Jaafar Ali Ali, confirmed at the conclusion of his speech that the Autonomous Administration’s experience is one of the experiences on which it can be built, and said: “The occupation must be resisted and fought, and in my personal capacity I am ready to take up arms in order to fight alongside the Kurdish brothers against  Turkish occupation,” noting that the Syrian Democratic Forces have an important role in confronting the occupation.

The sheikh of the Walda tribe, Hamid al-Faraj, praised the unity and popular cohesion show...