Today marks the second anniversary of the attack by the Turkish occupation army and its mercenaries on Afrin canton, and to condemn the attacks, thousands of people from Afrin region took to streets in a massive demonstration.

The demonstrators held flags of the People’s Protection Units and Women Protection Units, and banners read in Arabic and Kurdish saying "Your planes will not kill us in the spirit of resistance, our hope is our resistance, by resistance we will return to Afrin, we want our right to live a decent life, no voice rises above the voice of truth, the blood of the martyrs are always fragrant flowers.

The people marched in the main street of Fafin district center and their throats chanted slogans of resistance and glorified martyrs, and the demonstration stopped at the center of Fafin district.

Then, they stood a minute of silence, and then the co-chair of Afrin Provincial Council Muhammad Nasu spoke and praised the resistance of Afrin residents, saying: “Afrin was safe and lived in a state of stability, but when Turkey attacked and occupied Afrin, it created chaos, theft, killing and looting, because the mentality of this country does not accept that a people live freely and have a say, and in exchange for this conspiracy and plans, the people of Afrin showed solid resistance, with their free will, and they established themselves through this struggle, in order to protect their honor and dignity.

Then the co-chair of the Executive Council of Afrin region, Shiraz Hamo, delivered a speech in which she noted that the attacks of the occupiers target the entire Syrian people, and she said: "The children, elders and women of Afrin did not hesitate to resist in front of the arsenal of the enemy, Karker, Avesta, Barin Kobani and other martyrs of the Resistance of the Age, who within 58 days, write a historical epic in the pages of history. The attacks of the Turkish occupation army, beginning in Afrin and then the Syrian north, do not target only the project of Democratic Autonomous Administration, but rather the Syrian people in general.

In her speech, Hamo said that the violations that occur in Afrin canton are crimes against humanity, and noted, "Kidnapping, killing, torture, violations, destruction of antiquities, and other things that mercenaries practiced against the people of Afrin are crimes against all humanity, and as usual, when Turkey occupies any region, it transforms it into an Ottoman province, but we will not allow it to do so in Afrin, Serekaniye, Girê Spi, and the Syrian North."

At the end of the demonstration, the participants chanted slogans reviving the resistance and glorifying the martyrs. 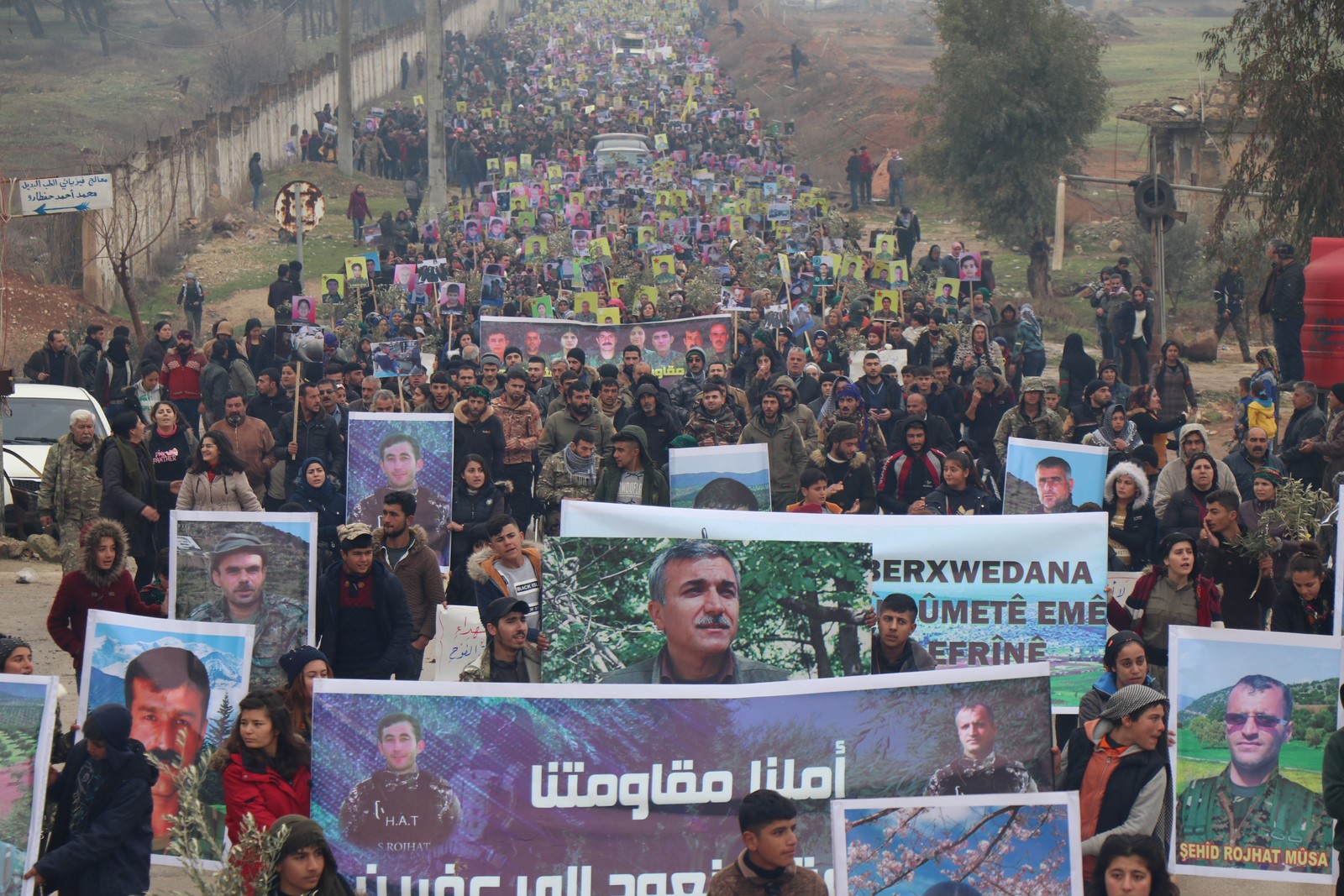 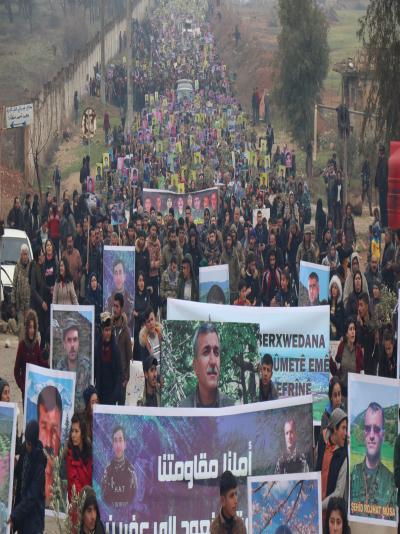 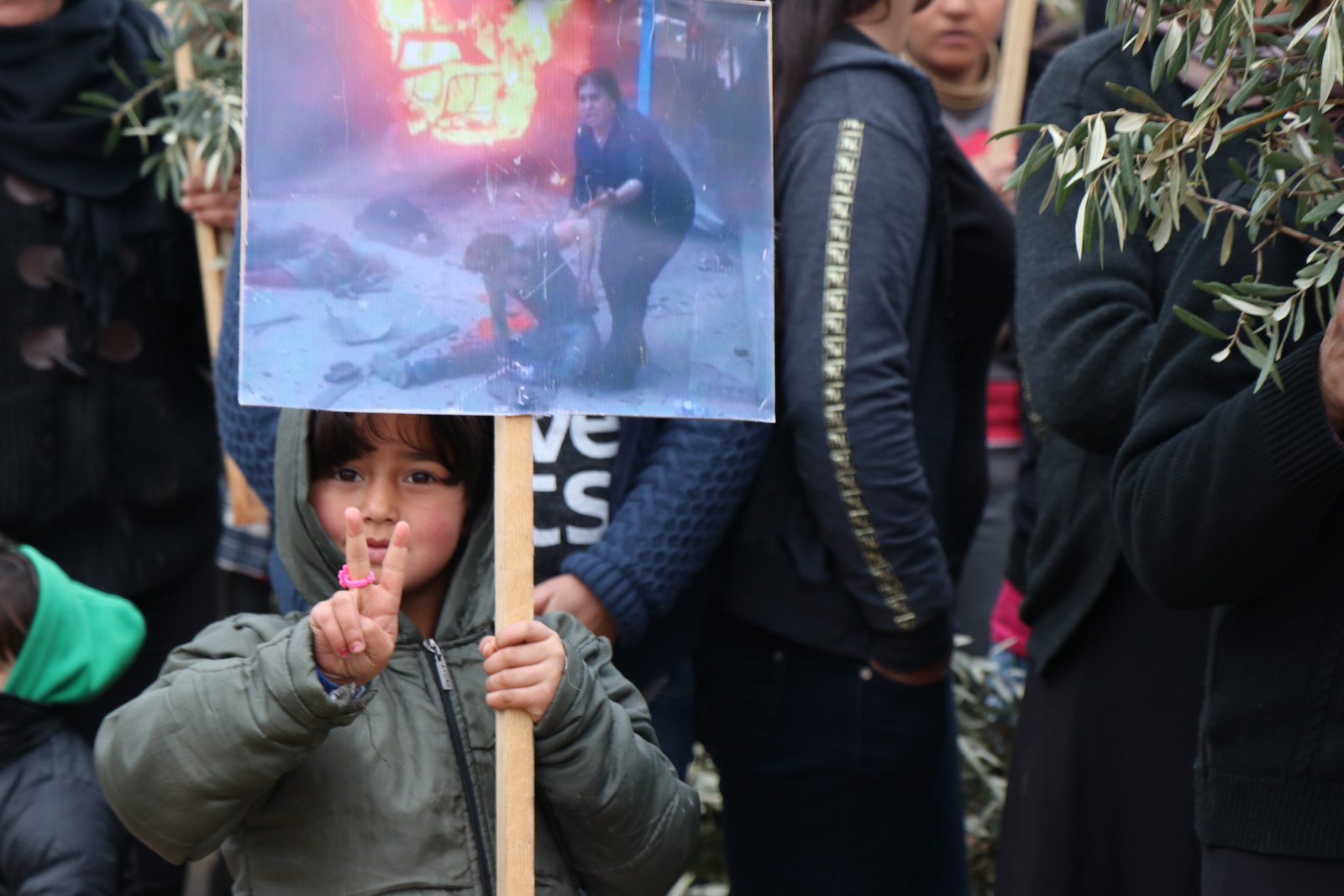 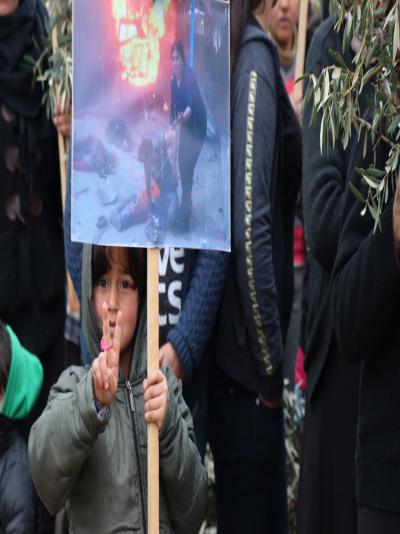 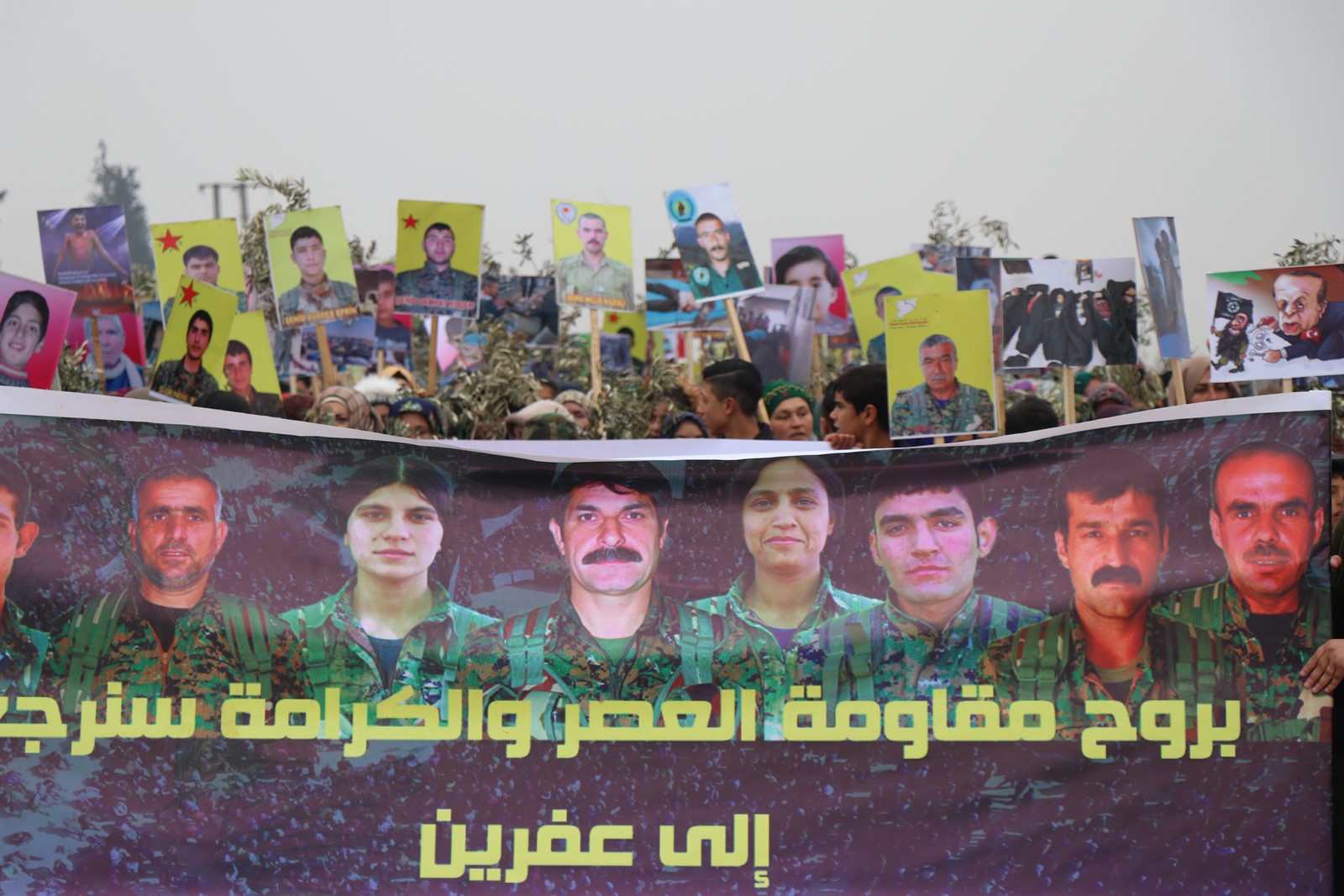 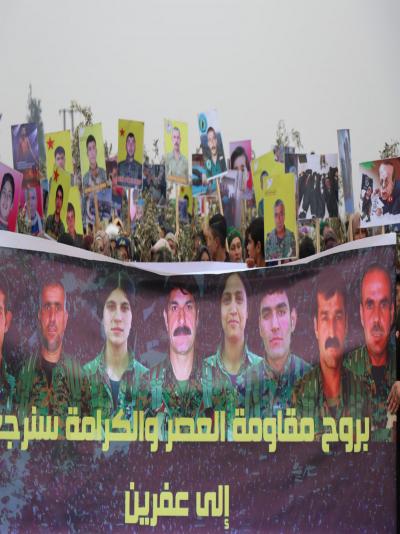 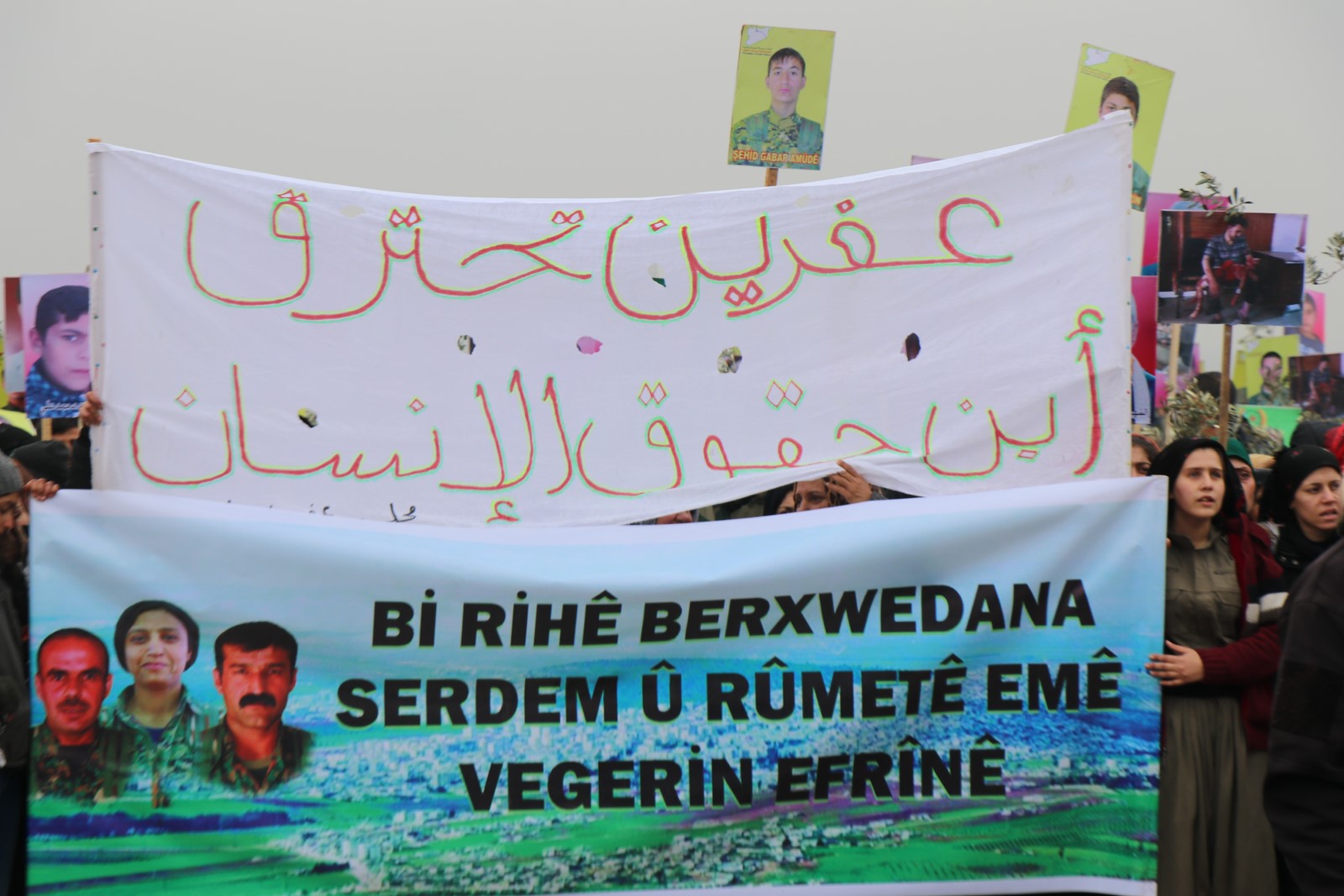 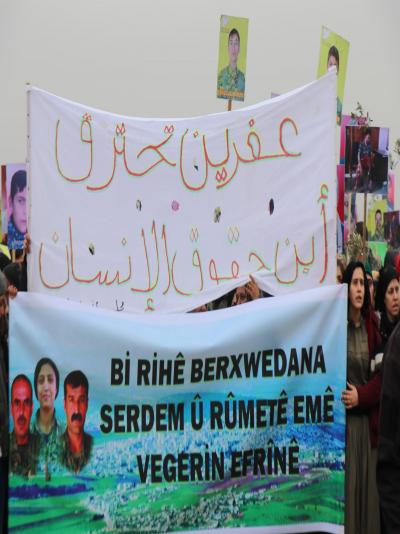 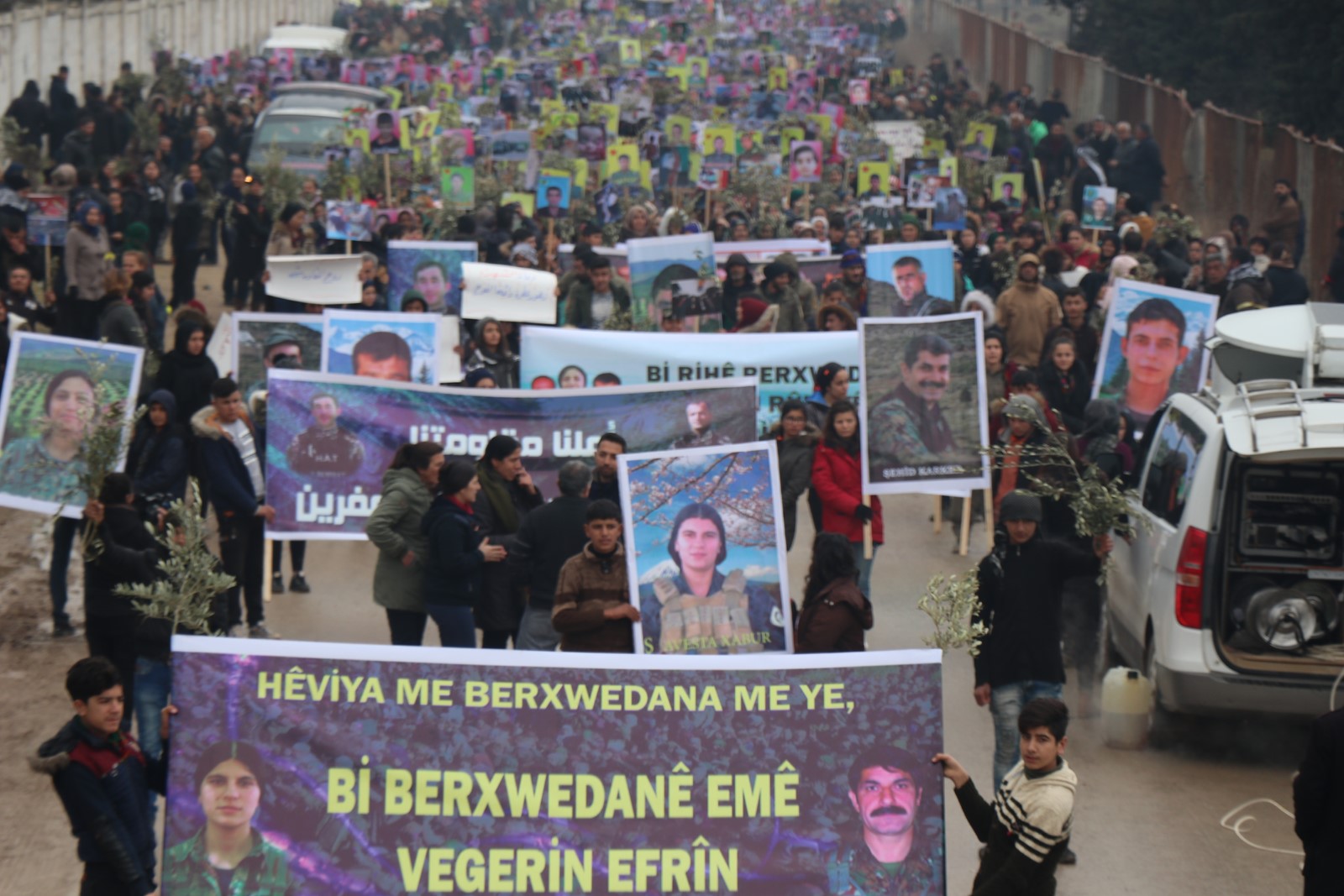 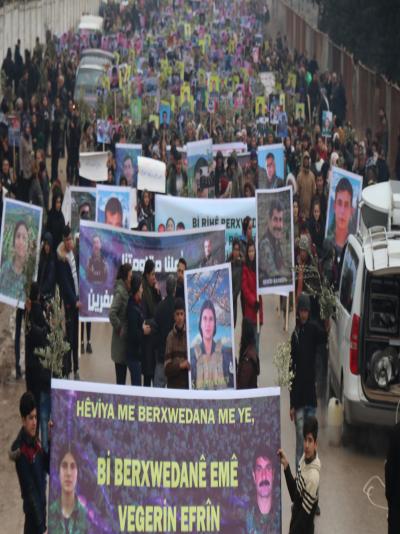 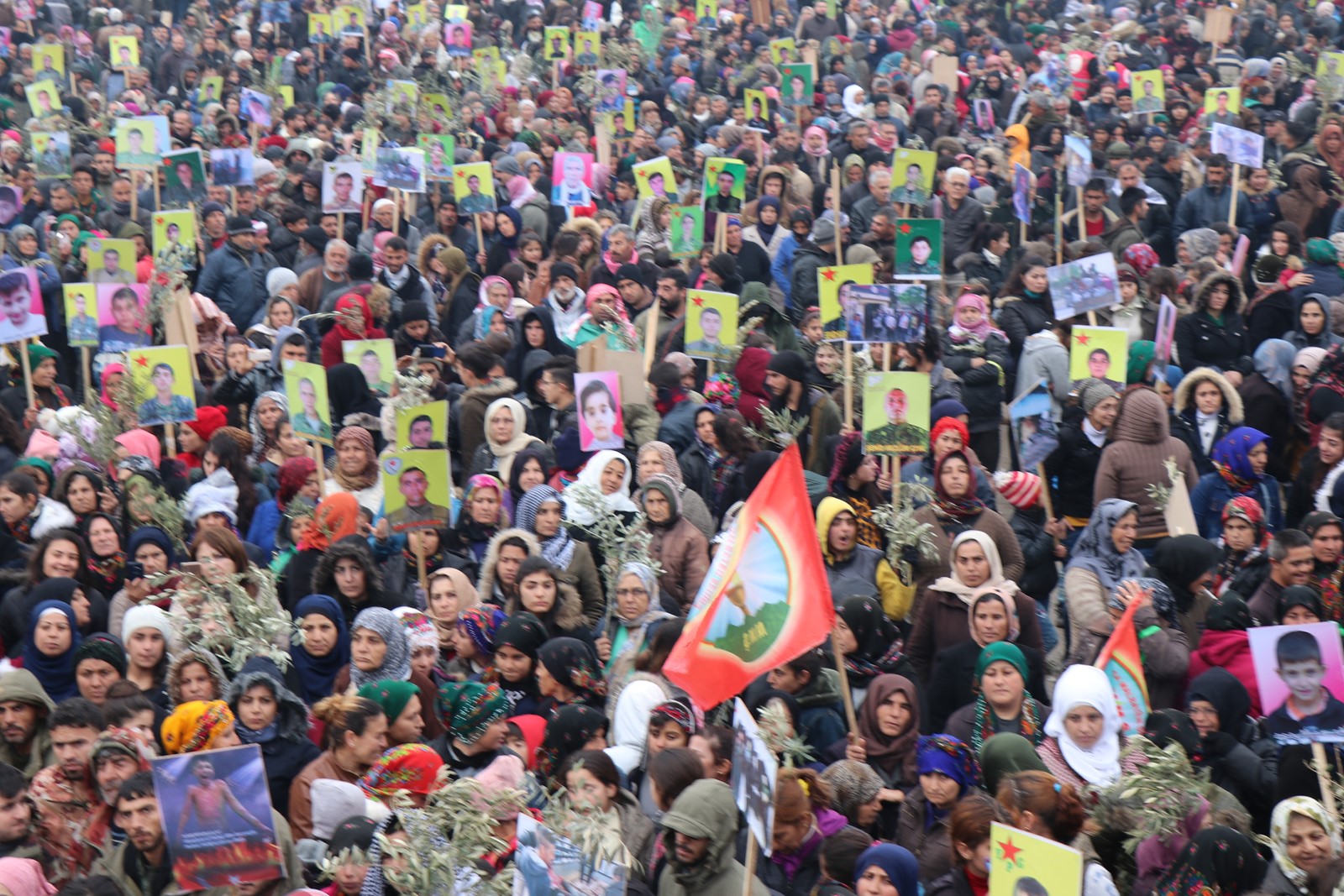 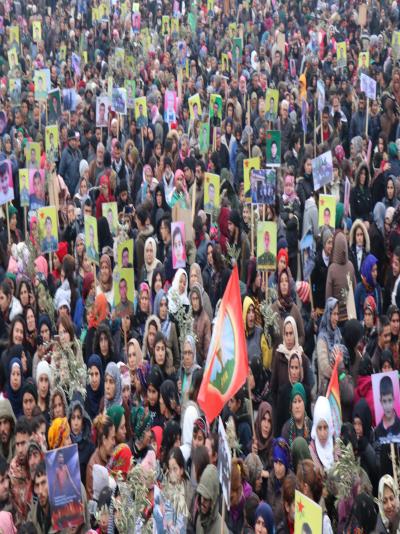 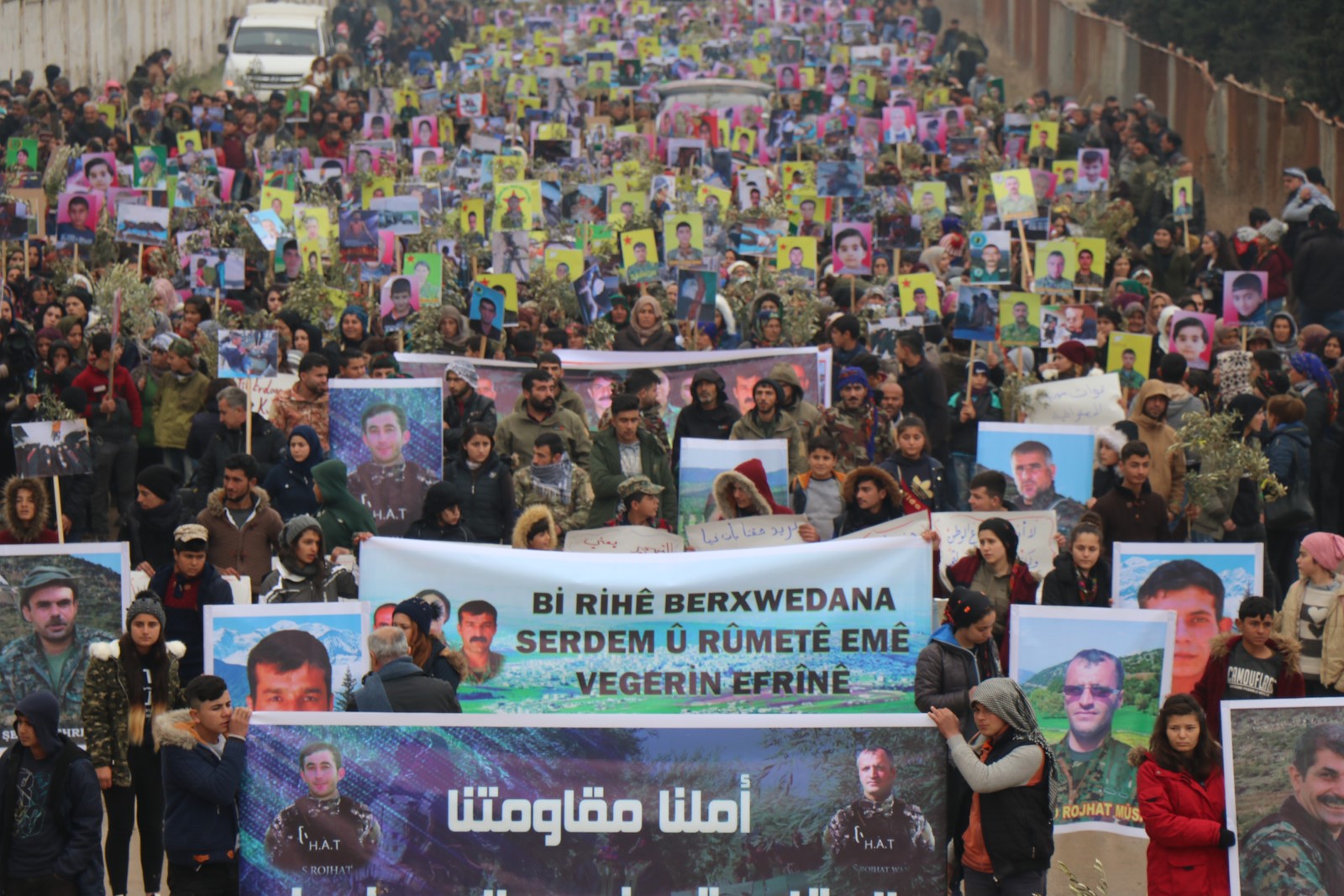 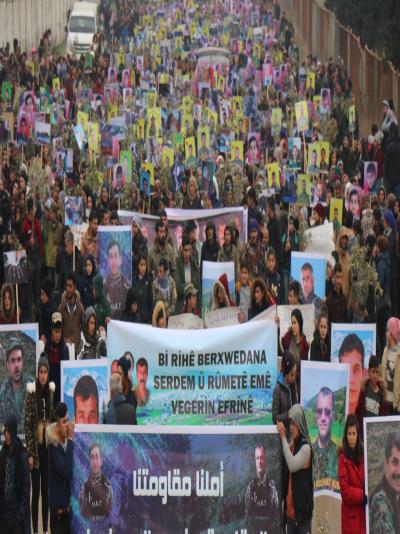 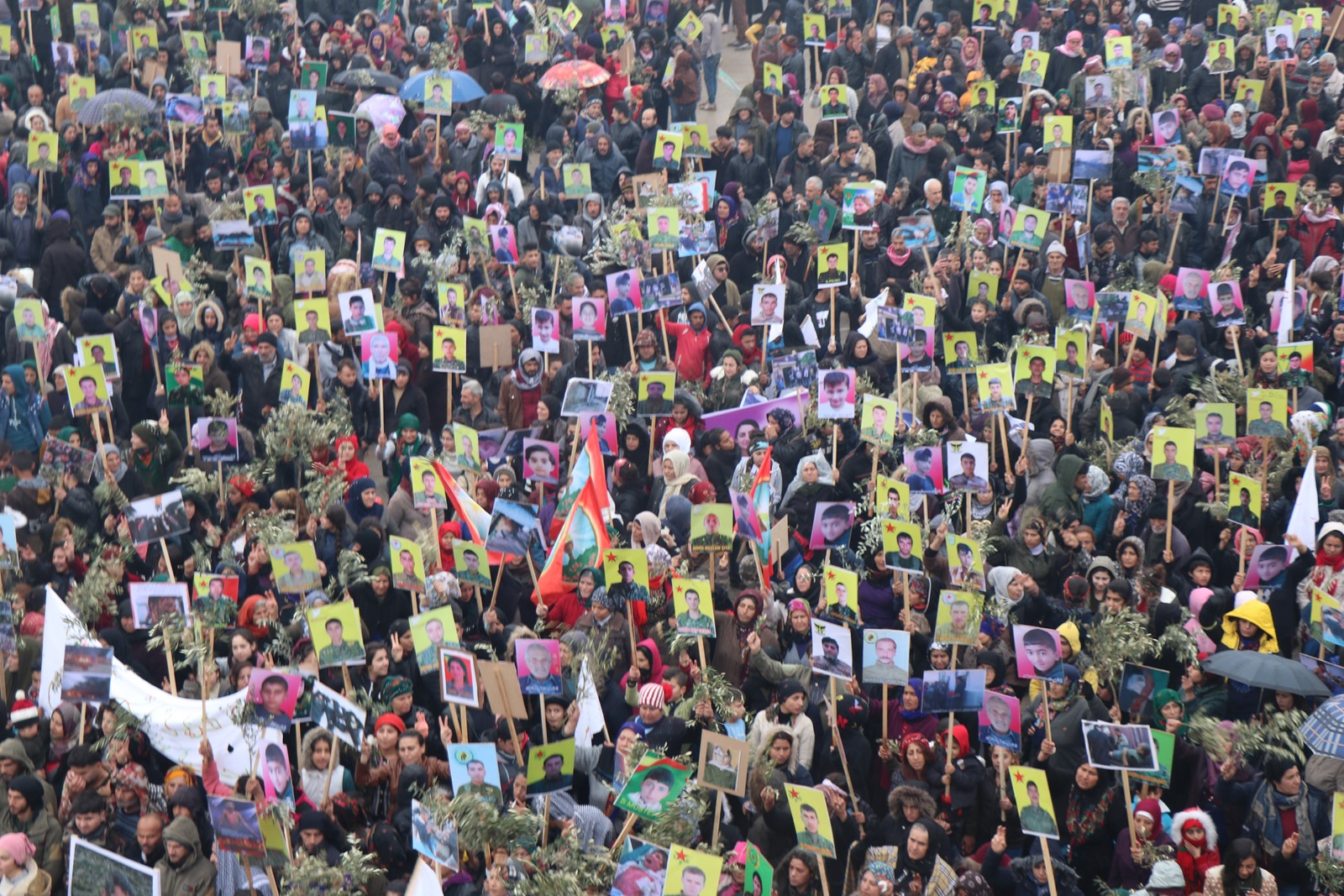 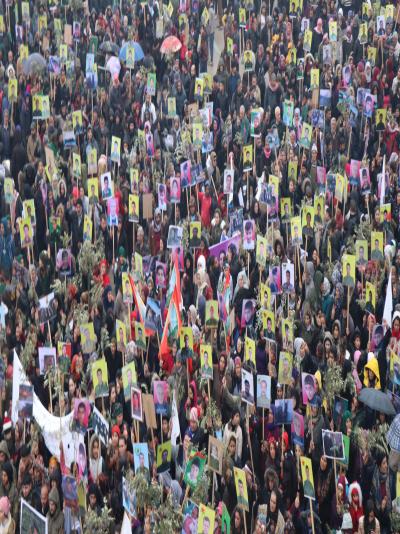 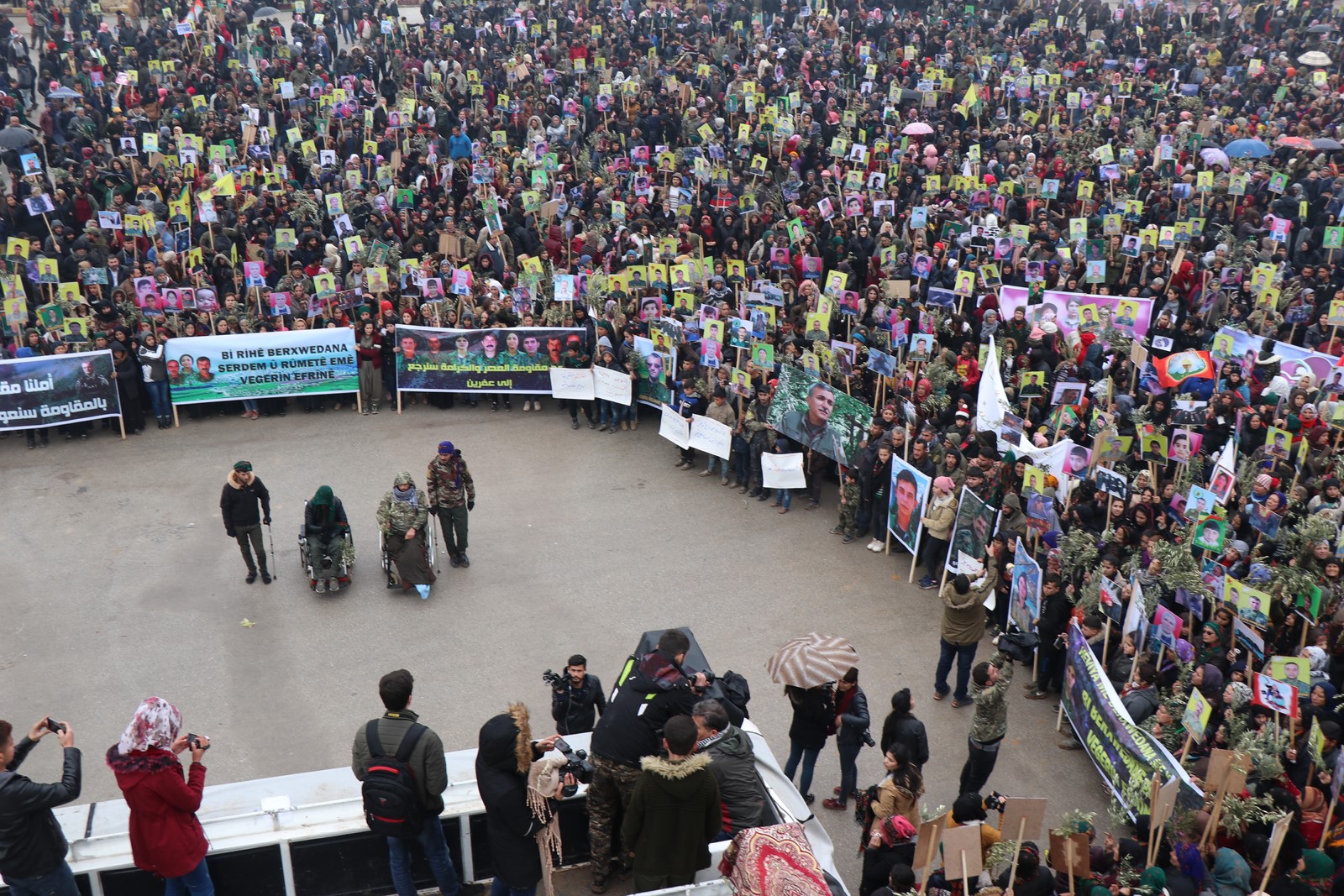 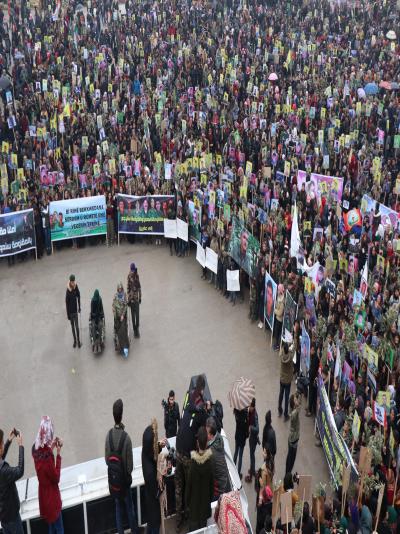 The swedish parliemnt hold today a meeting by the Democratic and Social parlimentarians  in...
Old Website