After the announcement of general alarm in Kobanî in solidarity with parliamentarian Leila Guven, who has been on hunger strike for 125 days and whose health has deteriorated amid international silence, thousands of people from Kobanî revolted to support Leyla Guven and her comrades and condemn the international silence on Turkey's policy.

Leyla Guven called for ending the Turkish authorities' isolation of leader Abdullah Ocalan, which prevents Ocalan from meeting his family and lawyer for nearly four years.

The demonstration was launched from the women's free arena in the city of Kobanî with the wide participation of all groups of society, members and administrators in the institutions of Autonomous Administration and community institutions.

The demonstration stopped in the square of the Martyr Ageid, where everyone held a minute of silence then the co-chair of the General Council of PYD Delber Yousef, delivered a speech in which she commemorated the martyrs of Qamishlo Uprising.

Delber Yousef condemned the silence of  international community for the unjust and antithetical laws of AKP government." 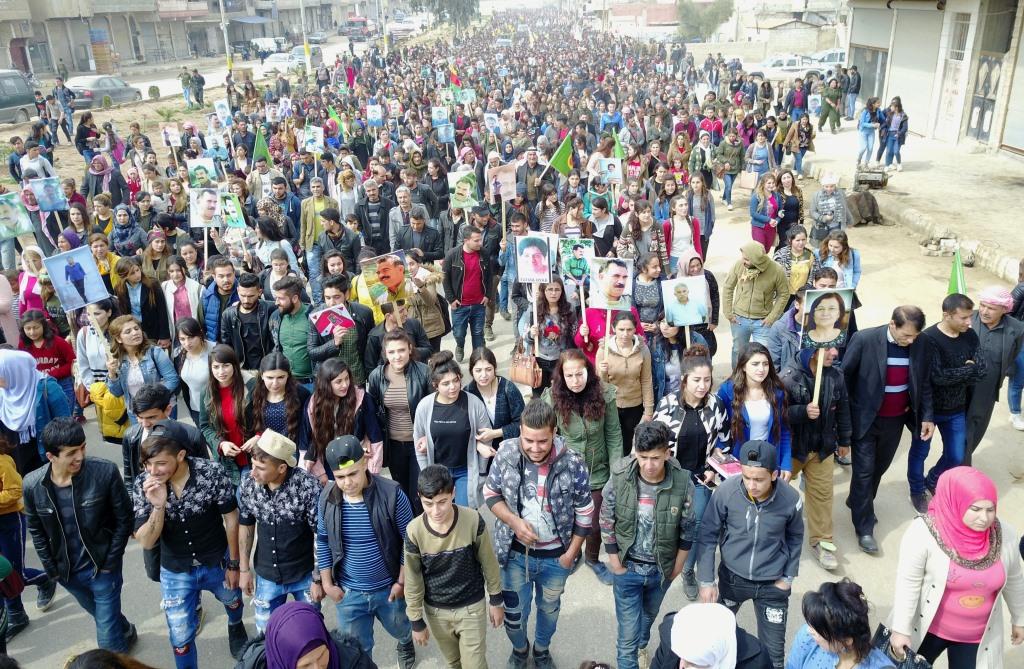 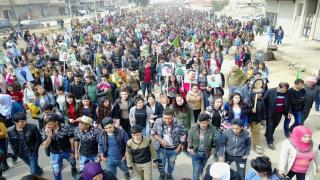 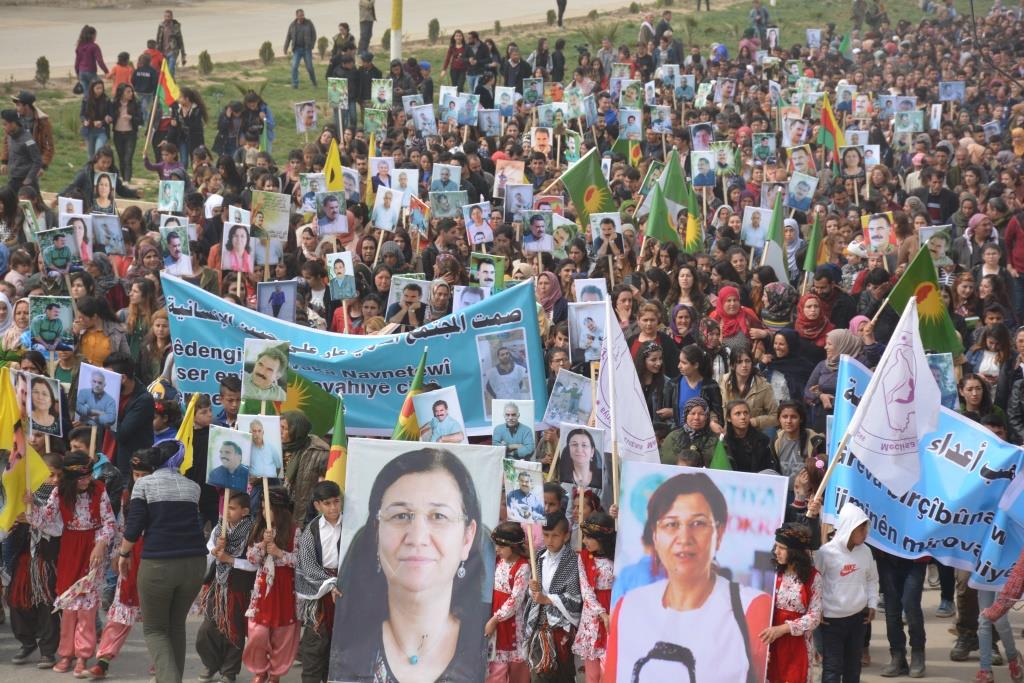 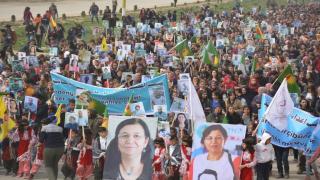 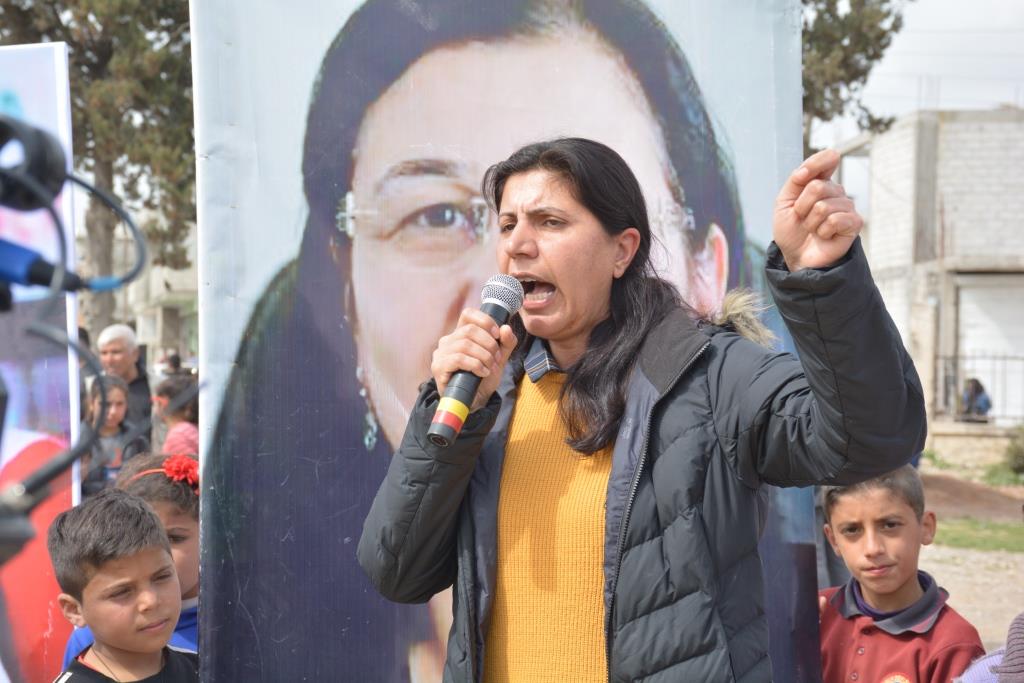 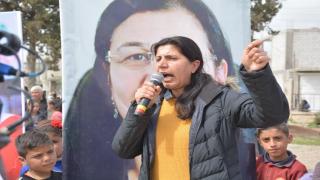 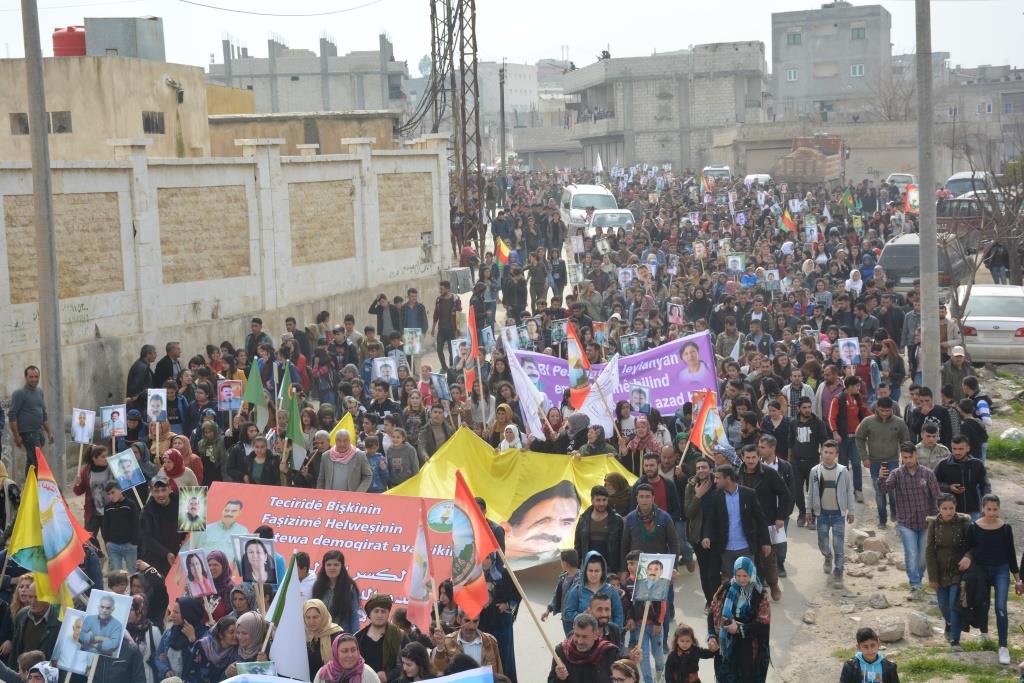 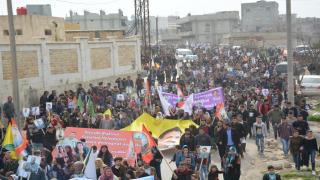 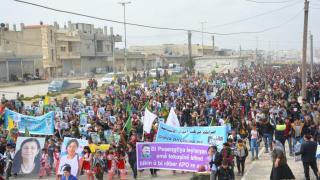 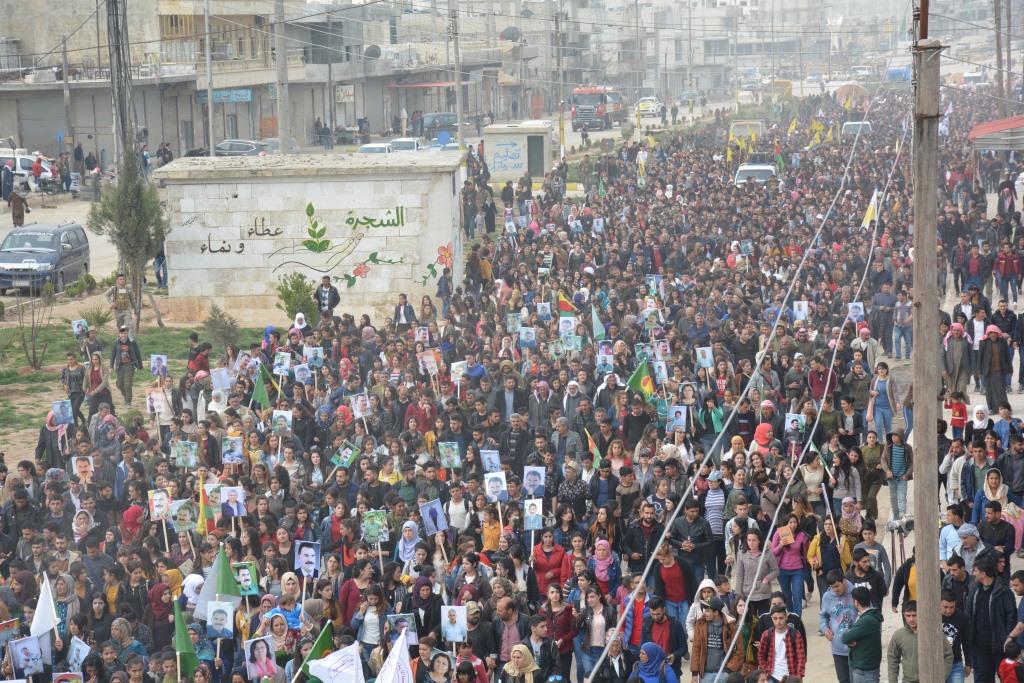 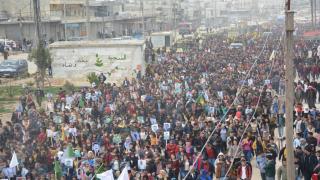