Under the banner of "No to the Turkish State's occupation of northern and eastern Syria," thousands of residents of Serê Kaniyê city in al-Hasakah canton took part in a mass demonstration denouncing Turkish threats.

This morning, thousands of residents of the city of Serê Kaniyê and the two districts of Tal Tamer, Zirkan and neighboring towns, as well as all members of civil and military centers and institutions in the region, gathered before the city's council of the city.

The demonstrators carried pictures of the leader of the Kurdish people, Abdullah Ocalan, strugglers, fighters and flags of Kongra Star and the Democratic Union Party, as well as banners reading "No to the Turkish occupation" in three Kurdish, Arabic and Syriac languages.

The demonstration marched through the city, and stopped at St. Ronahi, raising signs of victory and chanting slogans denouncing the Turkish occupation, with cheers saluting and glorifying the resistance of strugglers.

Then, the people stood a minute of silence, and co-chair of the People's Assembly Luqman Issa delivered a speech, he denounced the threats of the Turkish state from time to time on the regions of northern and eastern Syria in general, and especially these threat it has launched recently.

Luqman noted that every inch of the territory of northern and eastern Syria, has been liberated by the blood of the martyrs in the region, and that Serê Kaniyê resistance will be repeated again before the Turkish occupation state and its mercenaries.

He added that "our people stood and will stand before all the threats that the Turkish occupation launches against the region, and will not stand idly by anyone who wants to destabilize security and stability in the region among its components."

"The threats of the Turkish state indicate its fall in all areas, including military and political ones."

The demonstration ended with slogans echoing the resistance of Kurdish leader Abdullah Ocalan in Imrali prison, and slogans that glorify the martyrs.

It is noteworthy that the thousands have gone on a sit-in in Kobani on the Turkish border to confront the plans of the Turkish occupation army to invade the area. 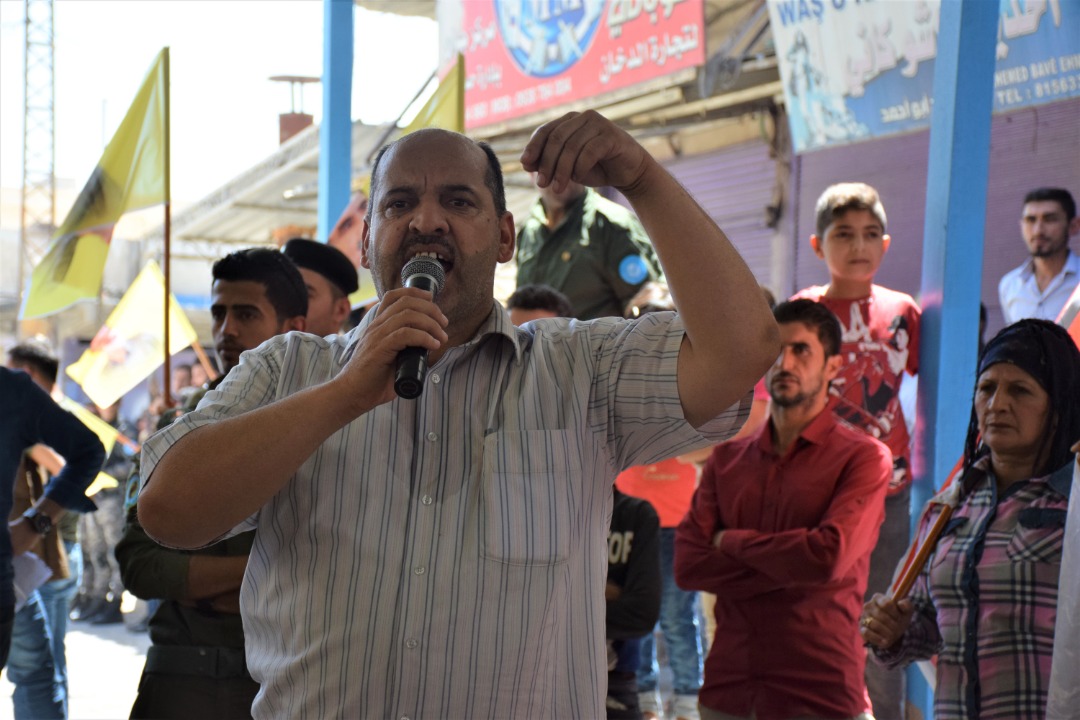 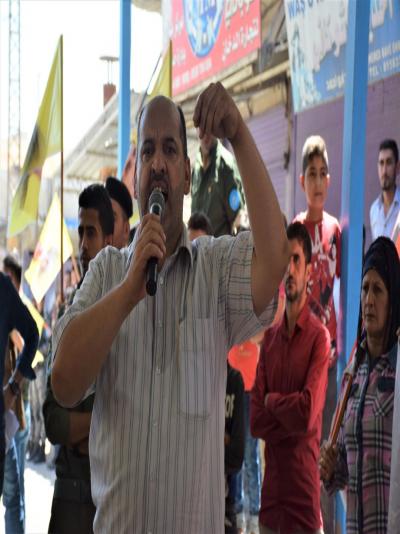 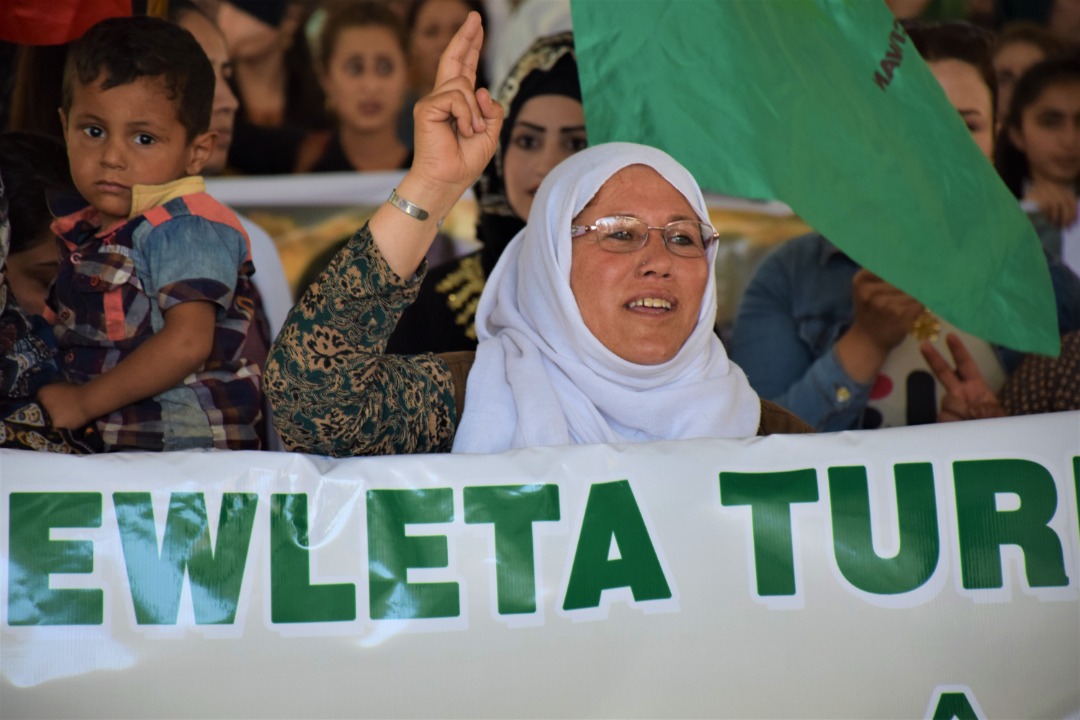 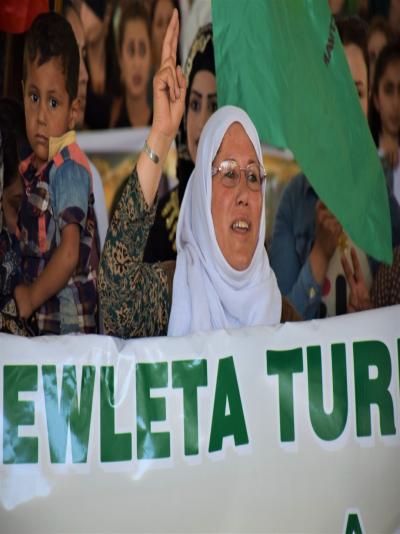 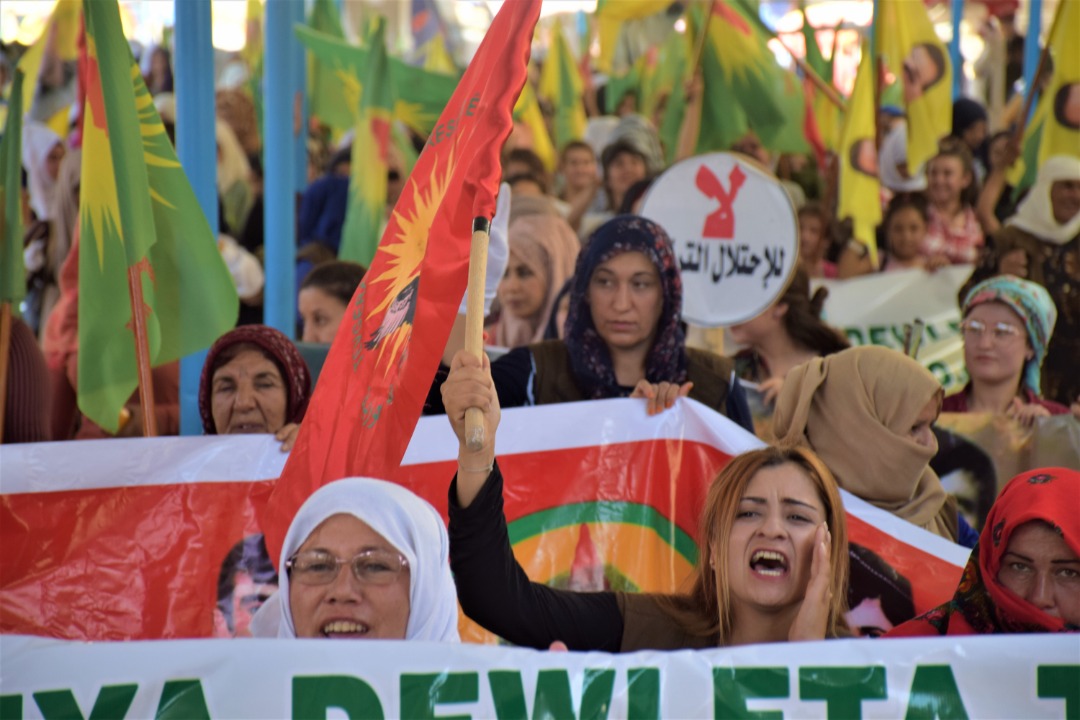 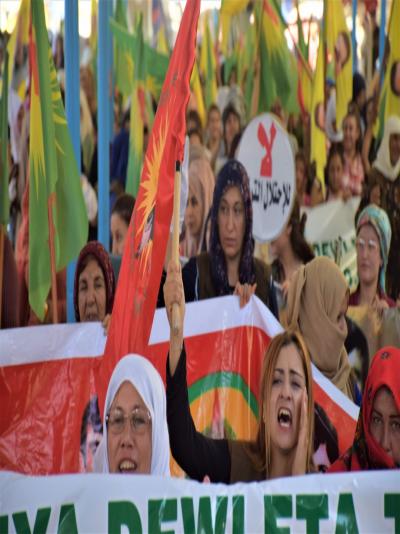 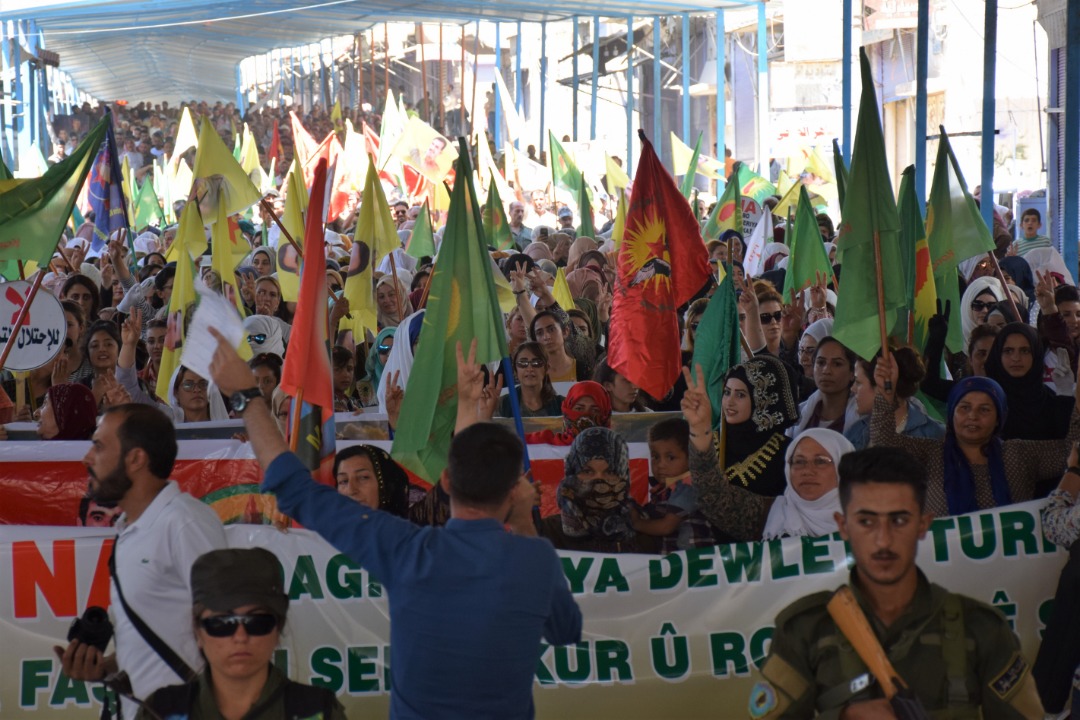 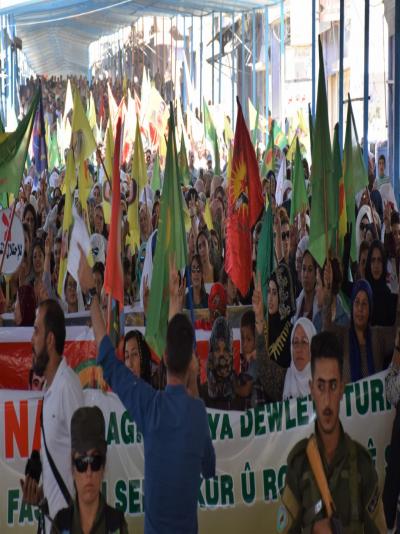 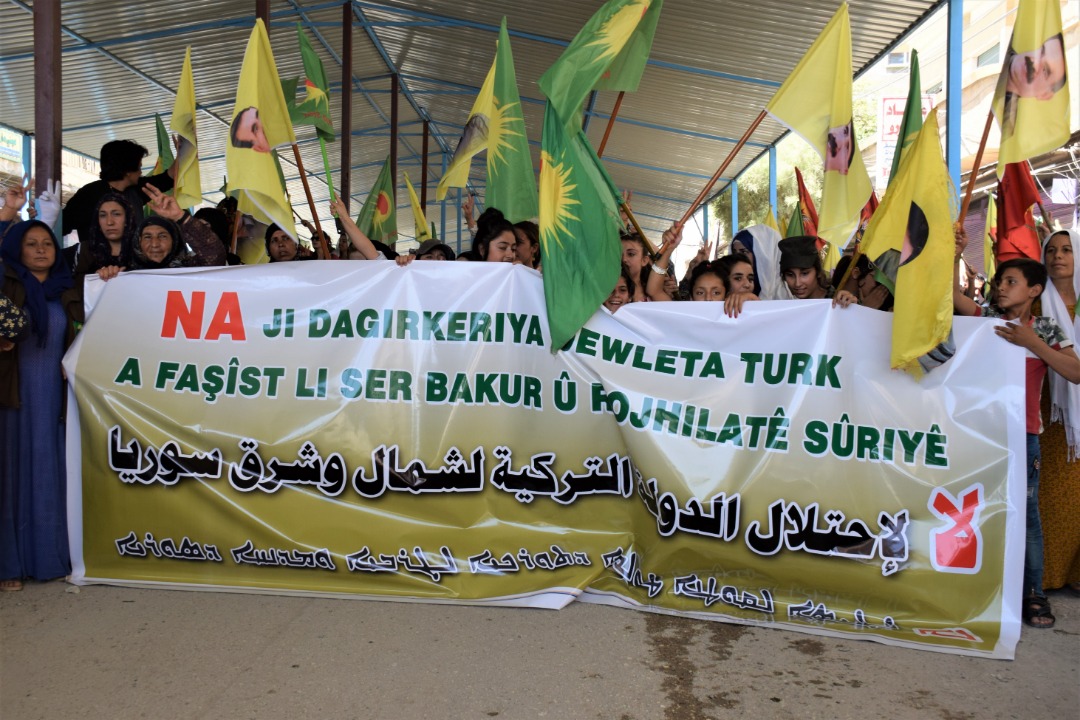 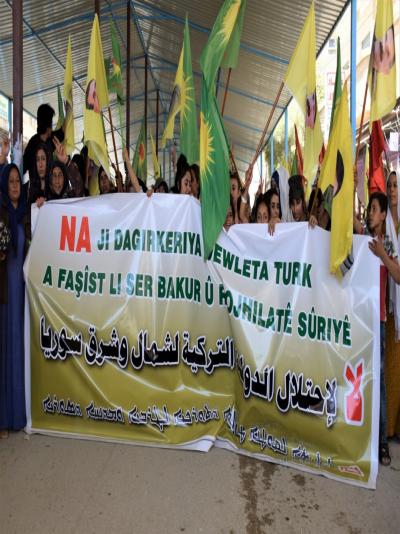 The correspondent of "Hawar" news agency in Tal Tamer said that sporadic clashes with heavy ...

The Syrian Observatory for Human Rights reported that the first batch of Syrian mercenaries ...
Old Website