The residents of the cities of Manbij, al-Tabqa, al-Raqqa, Deir ez-Zor, Kobani and Girê Spî/ Tel Abyad came to participate in the sit-in in the rejection of for the Turkish violations in Afrin and their attacks on the legitimate defense areas in North and South Kurdistan.

The co-chair of the Euphrates Region Anwar Muslim delivered a speech, he said, "The people are still sending their clear messages to the whole world that we only accept the democratic nation's project for co-existence and reject Turkish practices and violations against the peoples of North and South Kurdistan," he said during the sit-in. "We say our voice to international forums and say… enough to the violations of Turkey and international silence."

He also called on the international community to clarify its position on the Turkish violations that led to massacres in northern Syria and northern Iraq.

For his part, the head of Future Syria's Party, Ibrahim Quftan, said: "The era of empires is over and the era of coexistence, freedom and democracy has begun." He added: "No central authority, the occupation and tyranny must end. The Turkish government must reconsider its operations and end its occupation and violations against our Syrian people. "

Nazifa Khalo, the Co-Chair of the Executive Council of the Civil Administration of Manbij and its countryside, said: "We have stood up to denounce the Turkish occupation of our territories. After achieving security and stability in the region, Erdogan and his government want to establish a new terrorist entity through its mercenaries, liberating them as a sword to the necks of the peoples of the Middle East. Therefore, the international community must take full responsibility for the attacks by the Turkish government against our people and the end of the Turkish occupation of our land. "

A member of the Women's Council in al-Raqqa, Ghalia Kujawan, a member of the Women's Council in al-Raqqa, also said that as people of northern and eastern Syria, they had lived the same life as the people of southern Kurdistan and Iraq in general. They fought the terrorists and sacrificed their young men and women to liberate their land. Today the Turkish occupation continues to threaten these liberated areas by following all methods of war, and the latest of which is fighting peoples through their livelihood by burning crops, but they will not undermine the will of our people. "

The sit-in continues with the words. 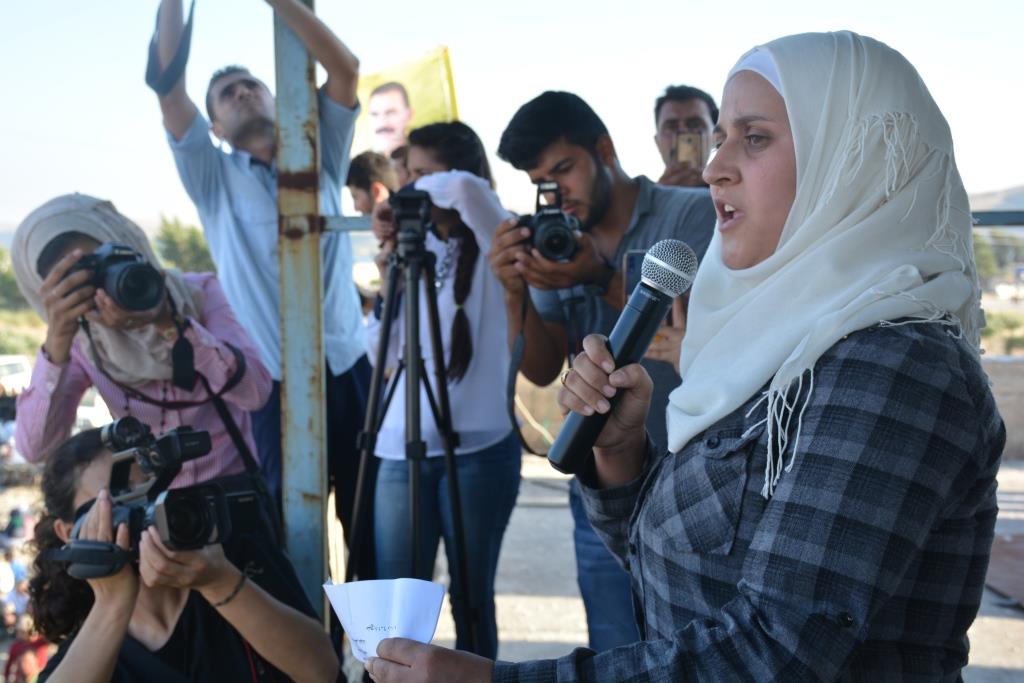 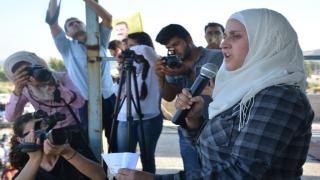 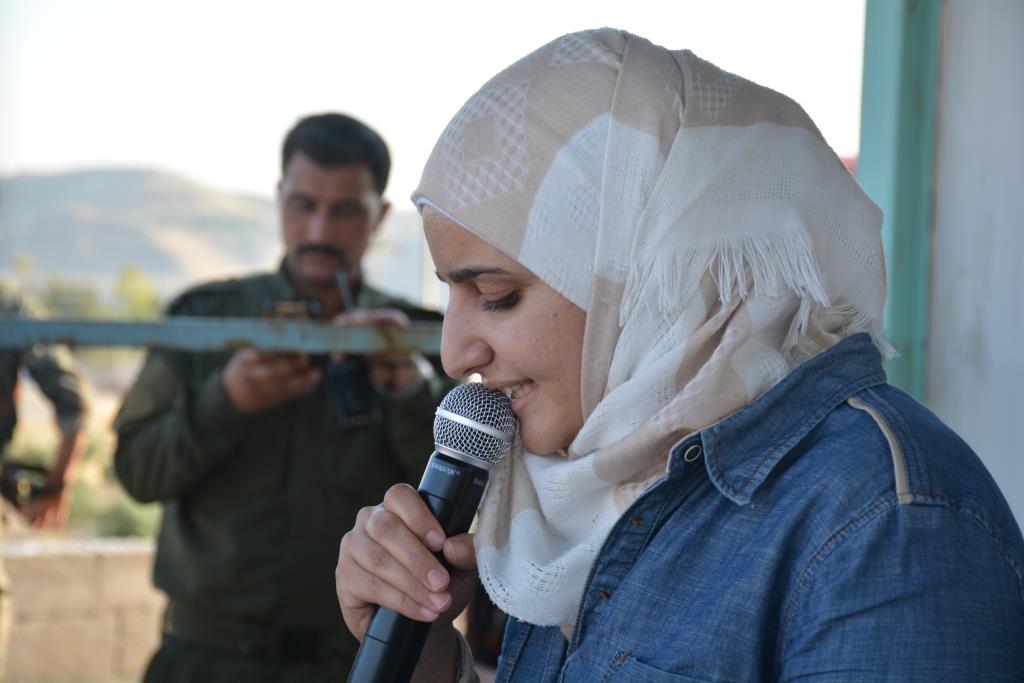 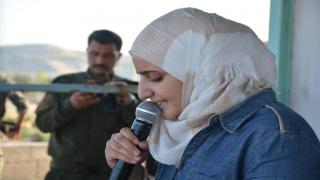 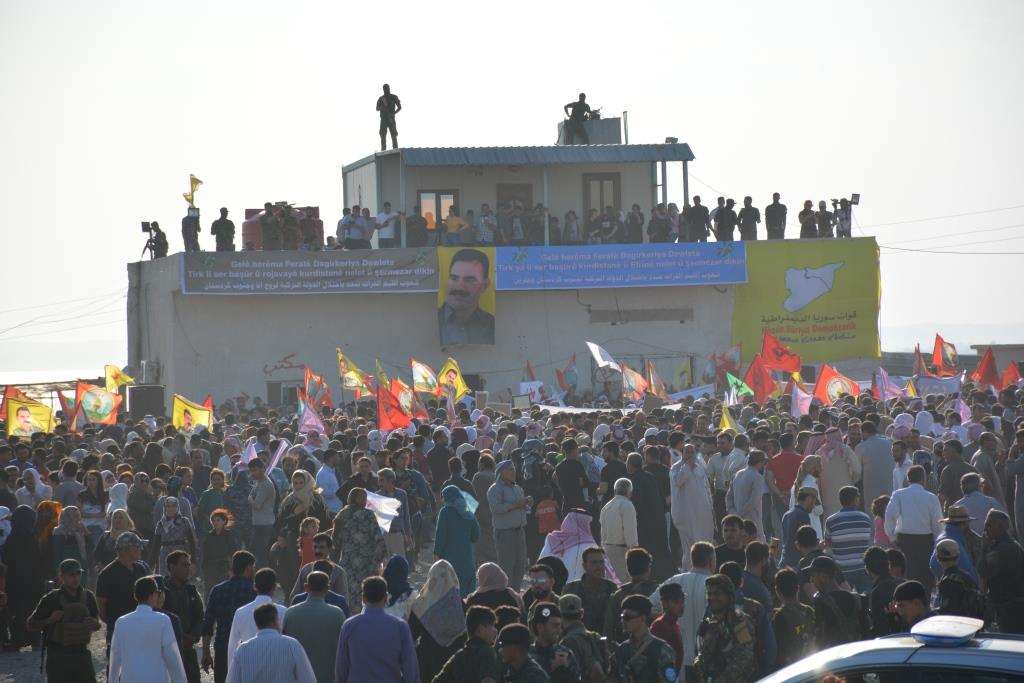 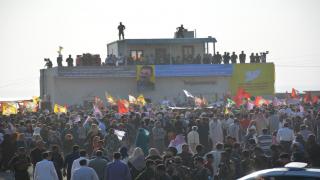 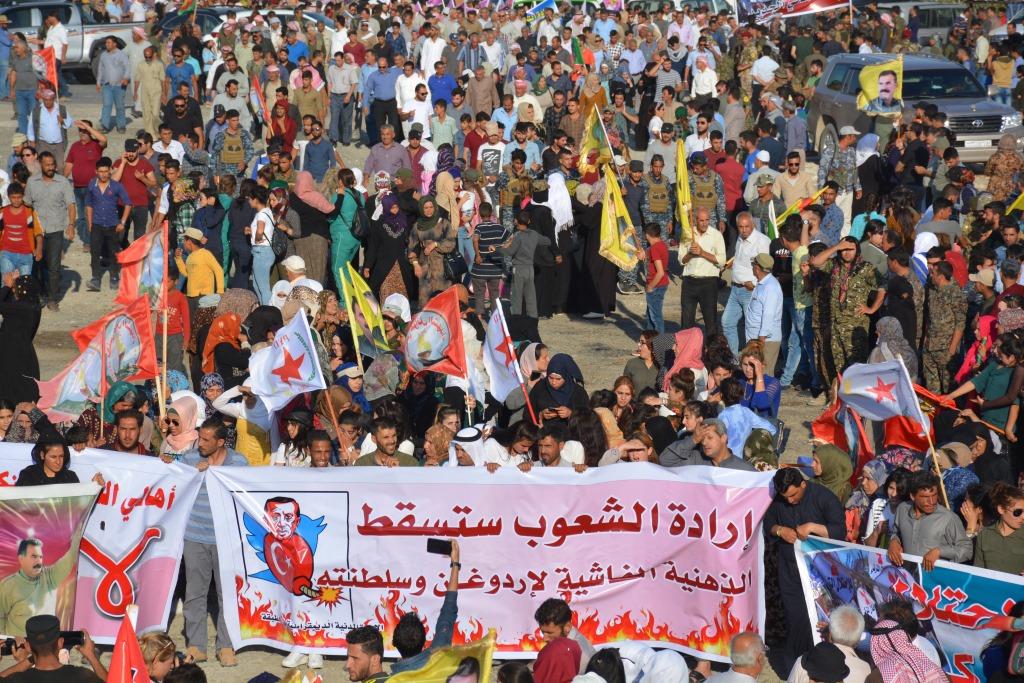 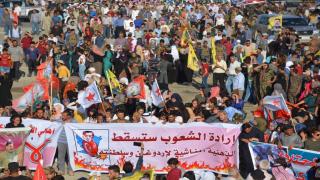