After the mourners received the bodies of the three martyrs who martyred during their participation in the campaign of al-Jazeera Tempest, their names are Issa Hamid, his nom de guerre Nidal, Hussain Tamar his nom de guerre Agid Hasaka, martyr Ahmed Mohammed his nom de guerre Shirwan Hasaka, as well as announcing the record of the female martyr Rengin Zaidi, her nom de guerre Rengin Rojava, she was martyred at Mount Judy in front of Martyrs' Families Council. A solemn procession that included dozens of cars with pictures of the martyrs hung on headed towards the shrine of the Martyr Dijwar.

After the arrival of the mourners to the shrine of the martyr Dijwar, the ceremony started with a minute of silence and a military parade by the fighters of the Syrian Democratic Forces. Several speeches were delivered, including the administrator in the of Martyrs' Families Council in al-Hasakah Fatima Hassan and the co-chair of the Martyrs' Affairs Body Walida Boti.

At the outset, Hasan expressed their condolences and wished speedy recovery of the wounded, pointing out that the price of freedom is precious and that these martyrs have sacrificed their lives for the sake of the freedom and dignity of the peoples of the region.

The speeches blessed imminent elimination of Daesh in the last pocket of the village of Al-Bagouz, asserting that they reached this stage thanks to the unity of the peoples of the region, who foiled all schemes designed to instigate strife among them and the outbreak of sectarian wars between all components.

The speeches called for adherence to and strengthening the Democratic Autonomous Administration in North and East of Syria, because it managed to bring the peoples of the region to this advanced stage of struggle, which was built on the basis of the democratic nation and the brotherhood of the people.

The people of northern and eastern Syria will continue their struggle against all the forces that are trying to occupy the area that has become a safe haven for thousands of civilians, especially the Turkish occupation and its mercenaries until the liberation of all areas.

The speeches condemned the isolation imposed on the leader of the Kurdish people Abdullah Ocalan by the Turkish occupation state, and confirmed their support for parliamentarian Leila Guven in her resistance against Turkish fascism.

Then a member of the martyrs' families Rojda Ahmed, read the documents of the three martyrs and handed them over to their families, who confirmed their continuation in the path of their children to achieve all their goals.

And then the bodies of the martyrs were buried amid mothers' trills and slogans that salute the resistance. 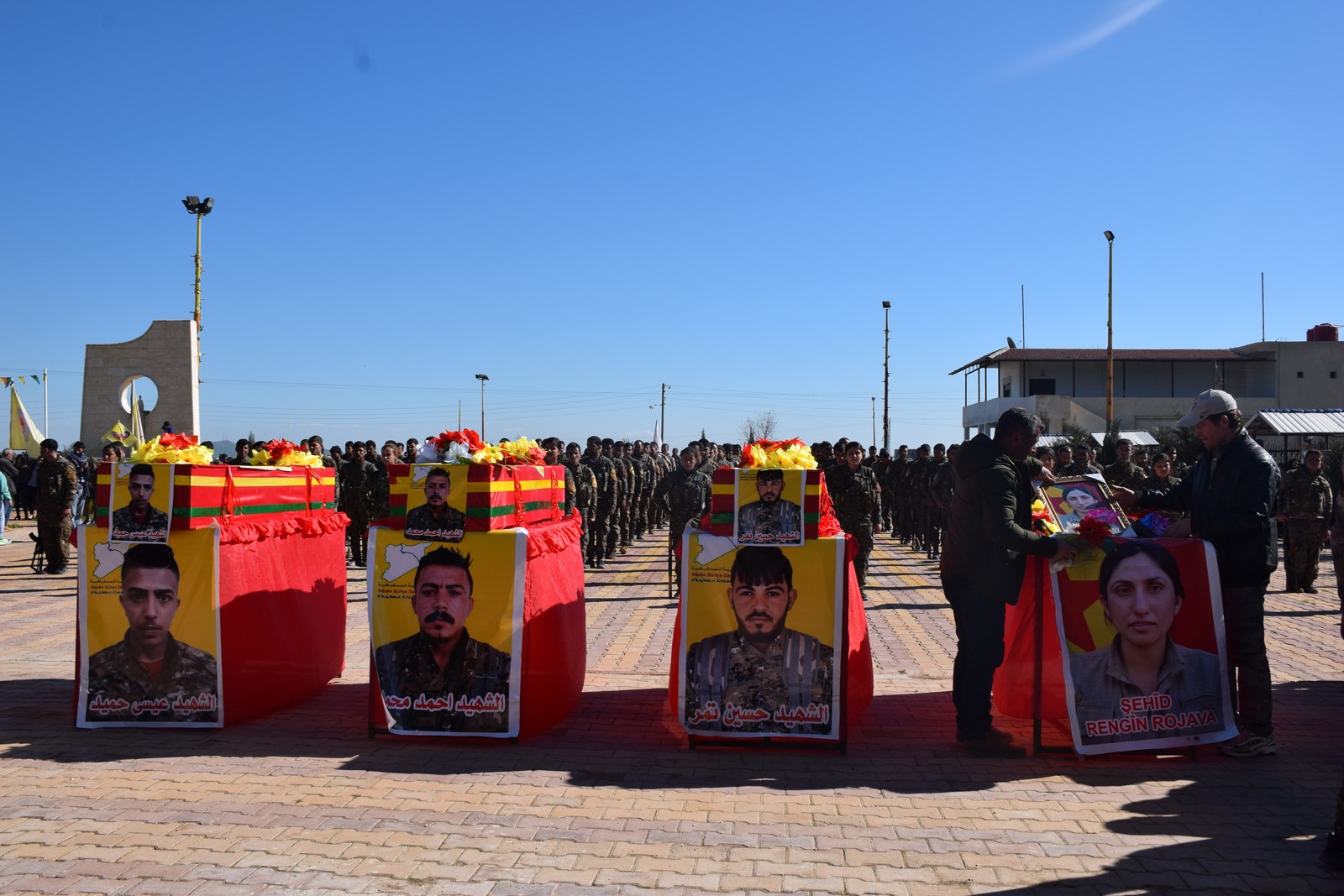 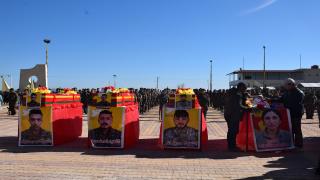 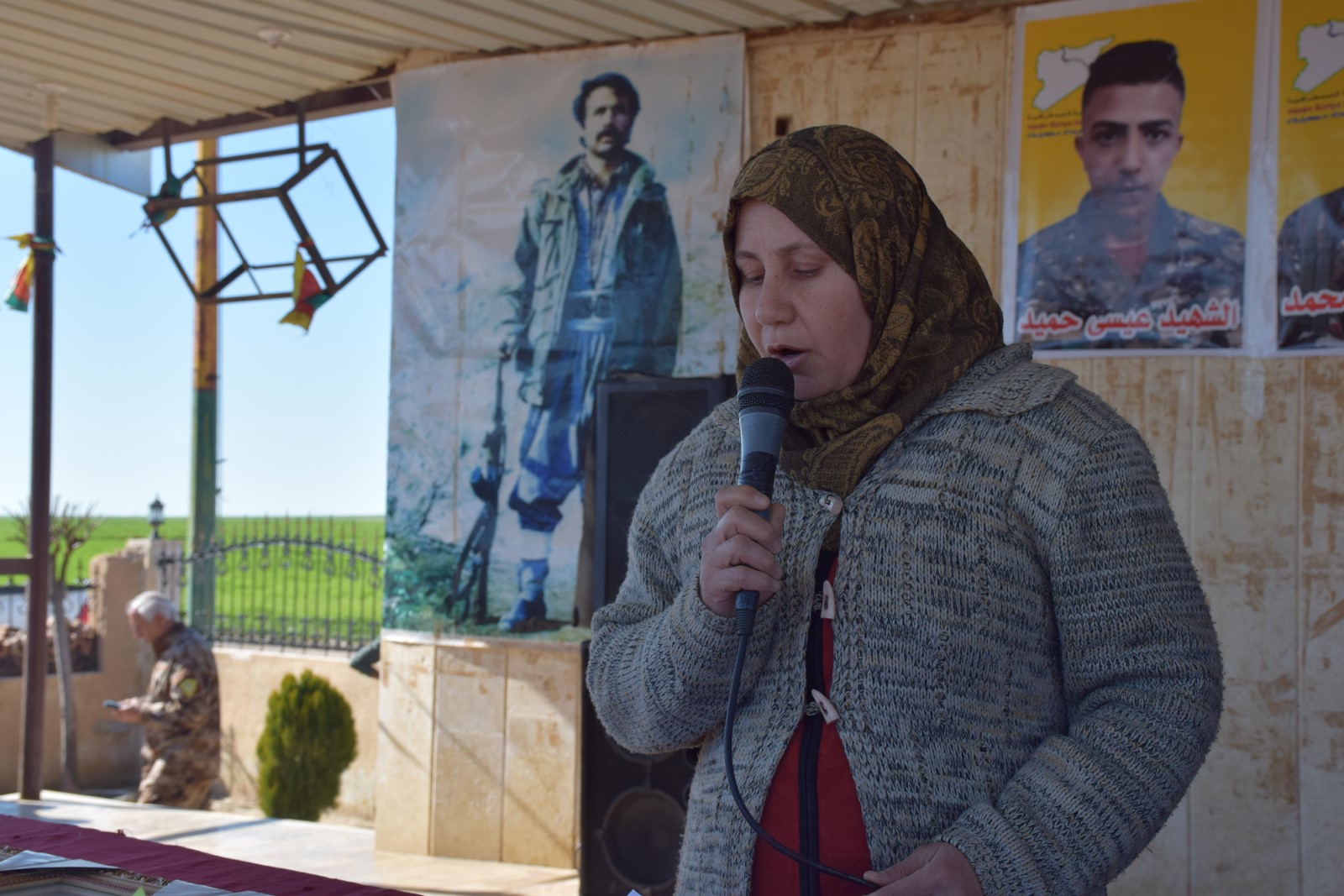 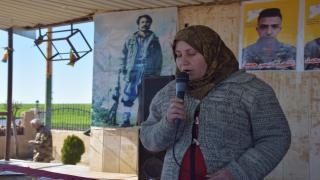 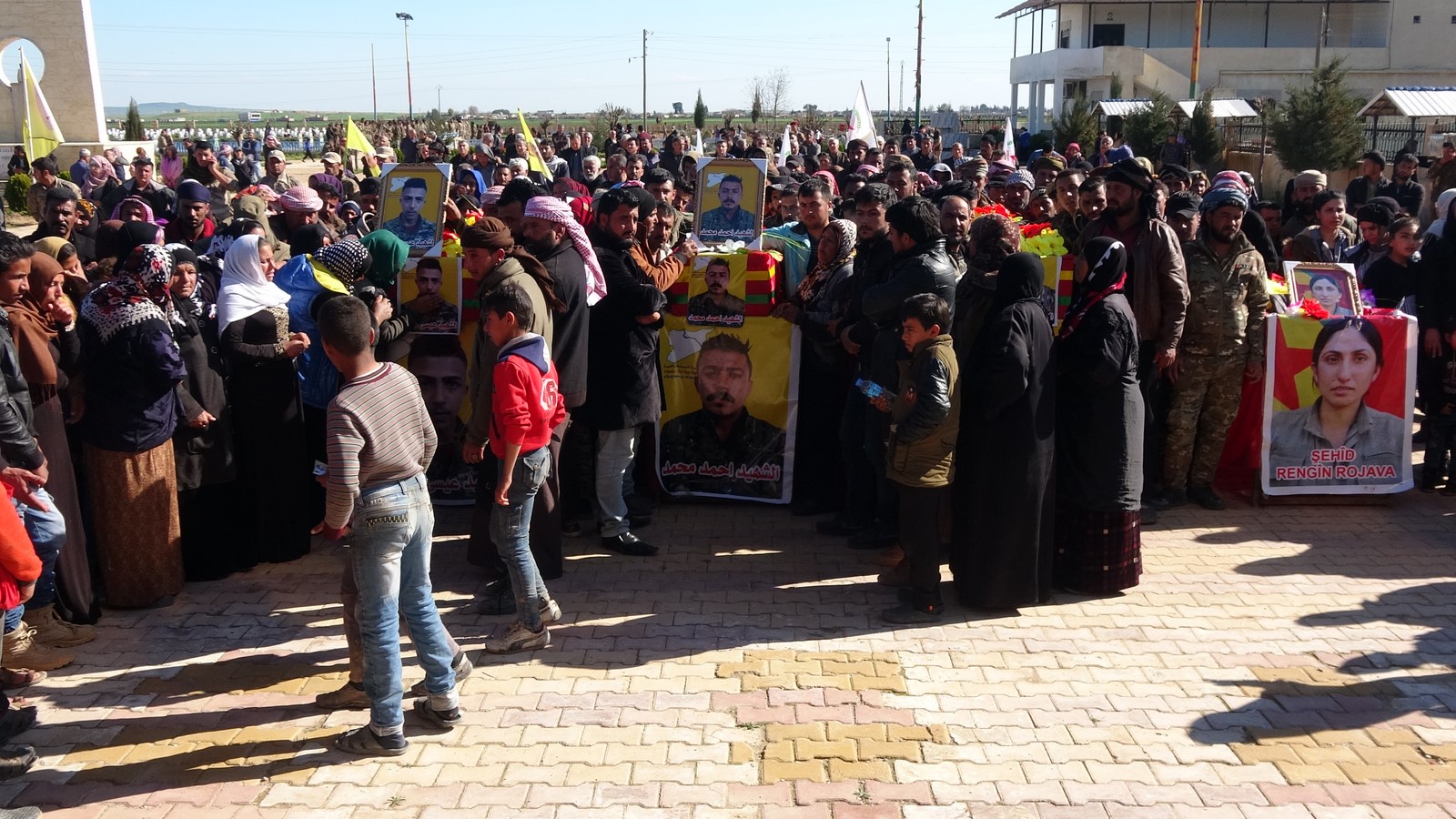 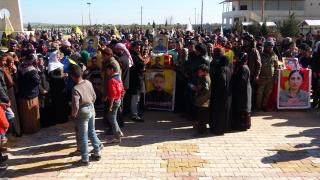 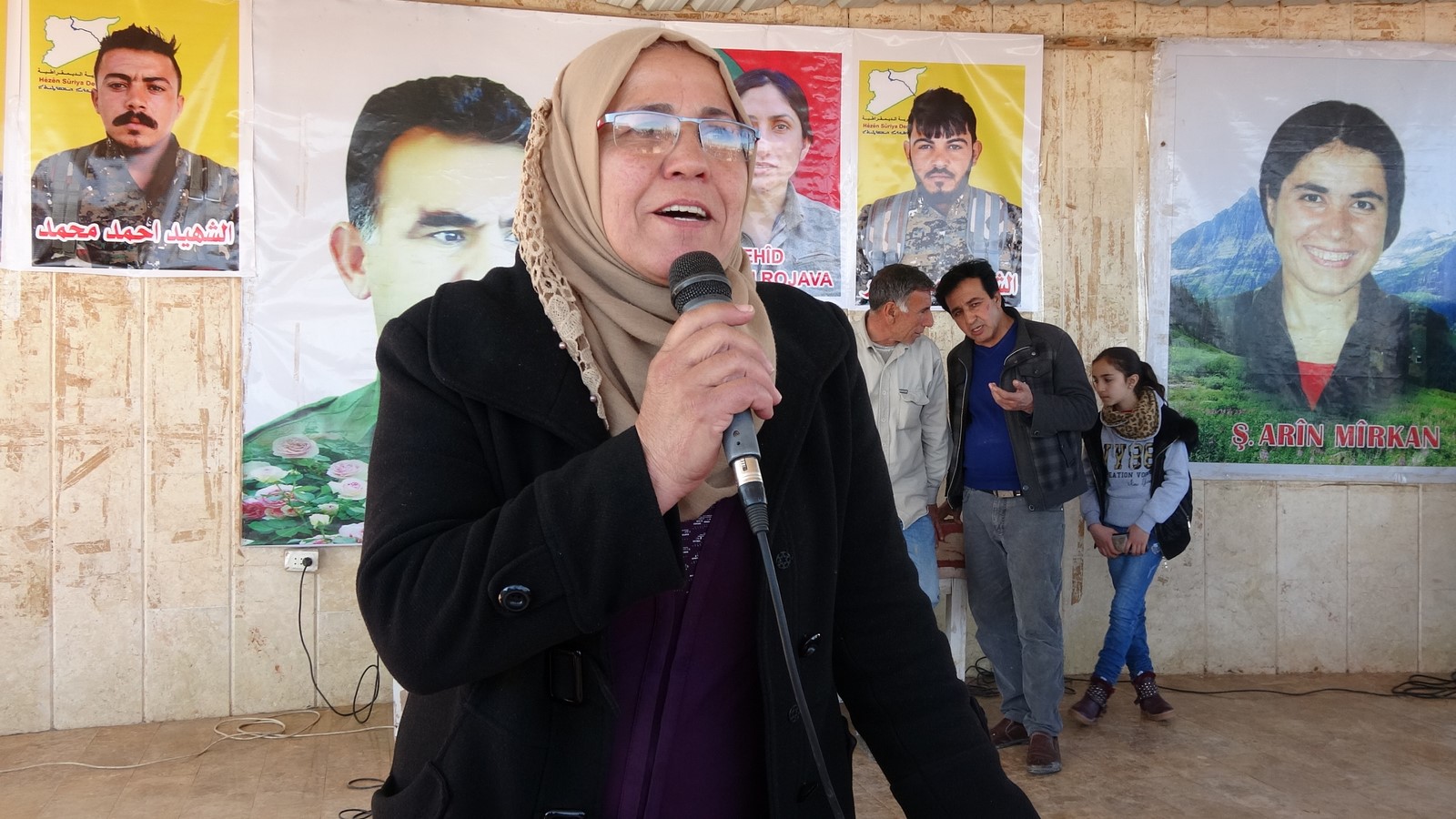 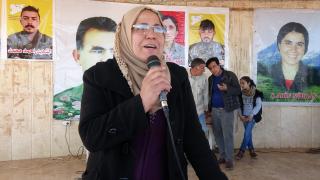 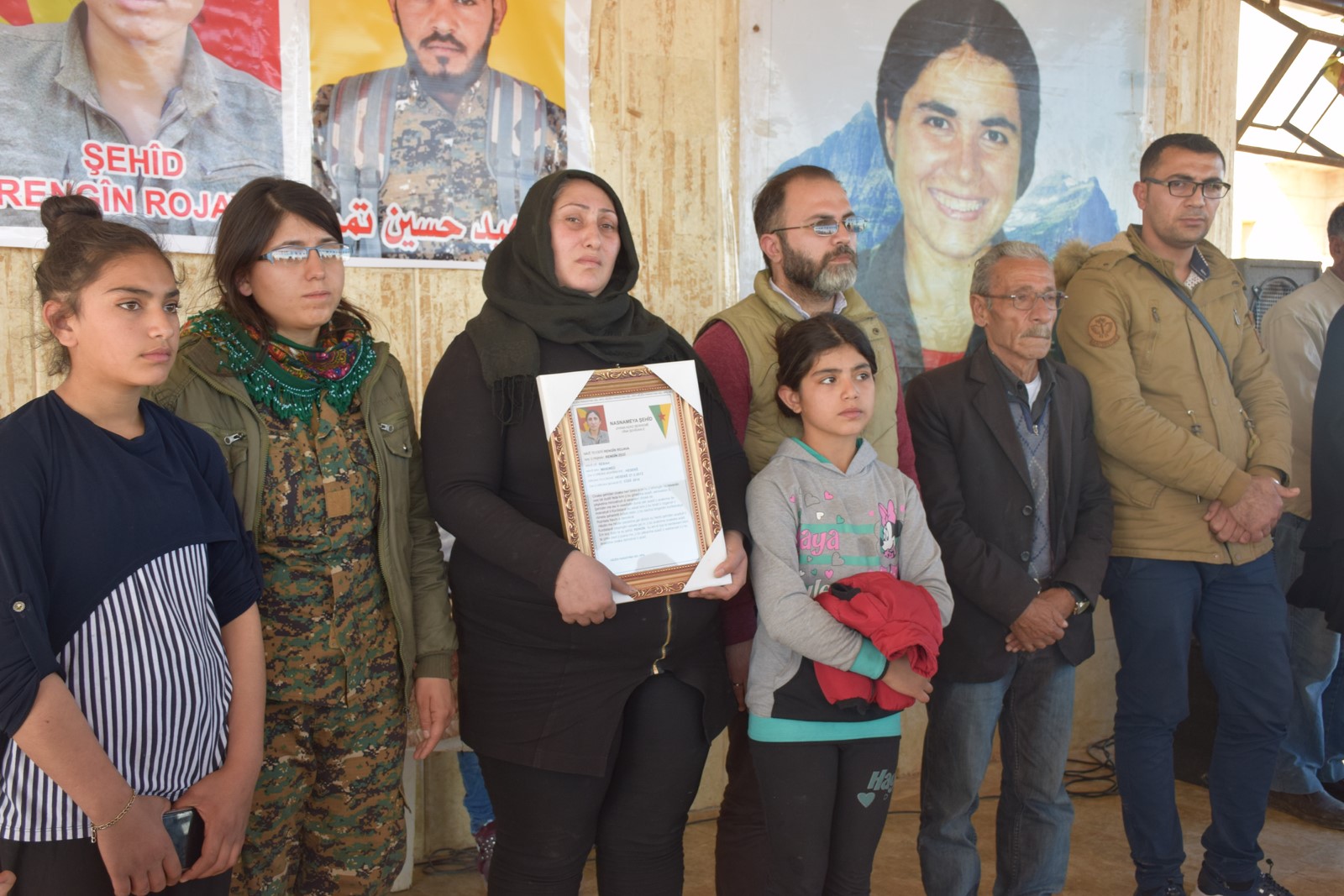 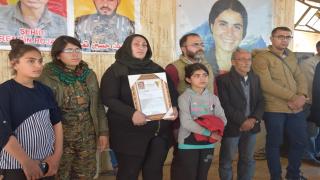