The low water level of the Euphrates River, which the Turkish state is manipulating, is turning into a catastrophe that may affect the provision of drinking water to the residents of northern and eastern Syria, as well as the low hours of electricity generation and the threat of local production from agricultural land on the banks of the river.

The river is the lifeblood of millions of Syrians in the northern Euphrates region and in other areas such as al-Raqqa and Deir-ez-Zor, in addition to supplying drinking water to the second largest city in the country.

The dam administration announced that the electricity generation hours from the Euphrates and Tishreen stations were reduced by 33% starting from the beginning of last week, so dams generate electrical energy for only 12 hours, after they were 18 hours per day distributed to the regions of northern and eastern Syria. 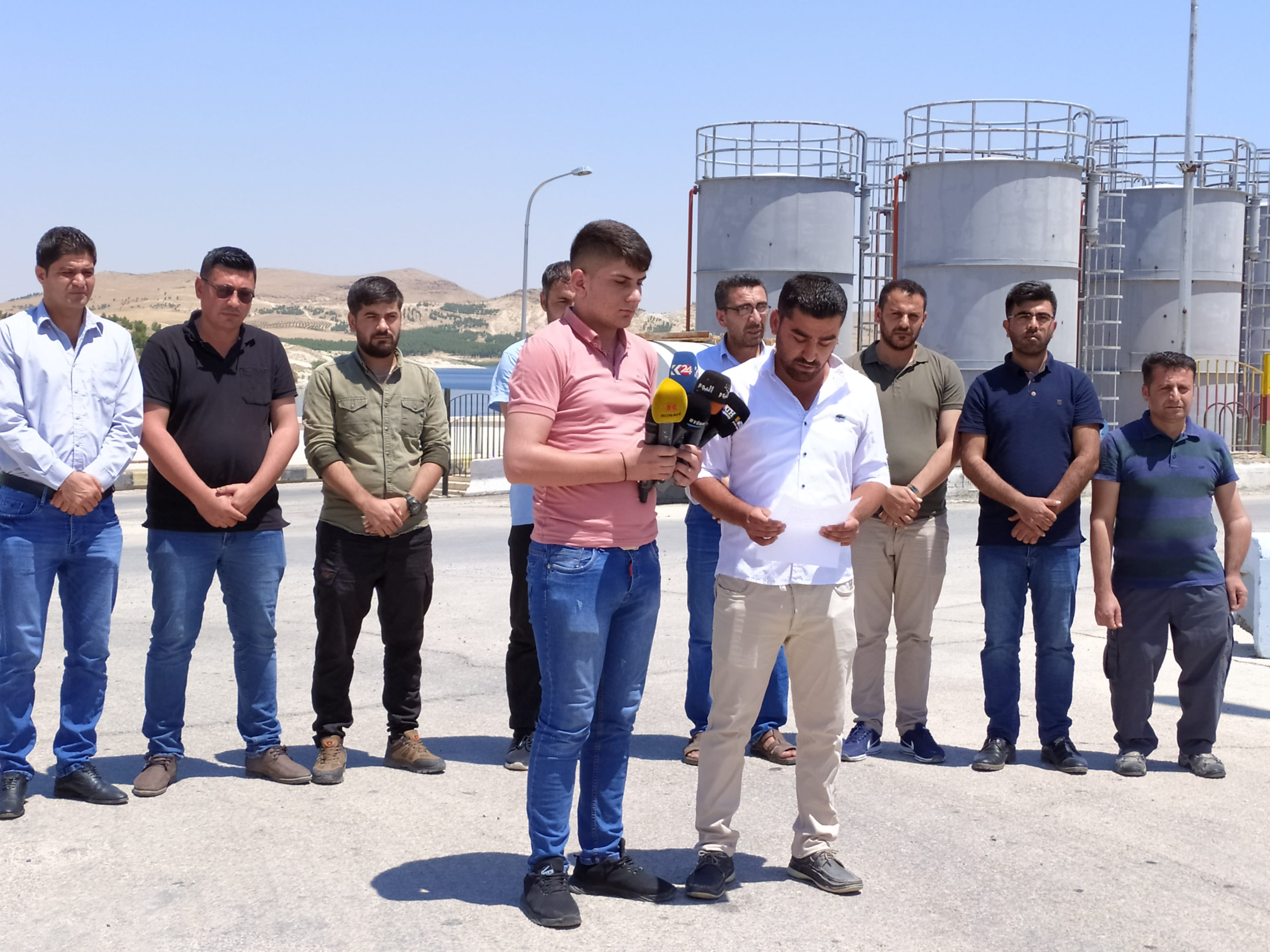 The warning of the Tishreen Dam Administration came during a statement Today, Saturday, it was delivered in front of the station’s body and stated:

"Given the limited water supply of the Euphrates River by the Turkish occupation, as the average received during the last period since the beginning of June was less than a quarter of the agreed quantity, and it is a low import for such a period of the year, and given the arrival of irrigation consumption to the peak, accompanied by low levels of lakes The three dams, where the Tishreen Lake level reached 322.42, an absolute level on 23/6/2020, and the Euphrates Lake level, 301.29, an absolute level of the same date, which is a very low level in such a period of the year.

In addition to this, the major negative impacts on the environment due to the shortage of water reserves, as it will be directly reflected on the environmental wealth and agricultural products, and thus will directly affect the economy of society and the general food security of the citizen.

Based on the foregoing, a feeding program will be approved for a period of ten hours from two o'clock in the afternoon until twelve o'clock at night, until further notice with monitoring of low levels of lakes, and a new program will be approved in the event that the level falls more than that so that the lakes do not reach the dead level, the level from which electrical energy cannot be obtained. "

Damascus and Ankara Agreement on the Euphrates

Turkish dams hold the water of the Euphrates before flowing to Syria, among them the Ataturk Dam, the second largest dam in the Middle East, which stores 48 billion cubic meters of water.

And stipulated an agreement on the Euphrates River concluded in 1987 between Turkey and Syria that the Syrian lands obtain 500 cubic meters of water per second, equivalent to 2,500 barrels.

Today, the Syrian Ministry of Health announced the registration of 19 new infections and dea...

Hundreds of residents of Tal Koçer and Al-Shaddadi district condemned the crimes of the Tur...

Tension and shooting within Turkish territory near Kobani

Units of the Turkish occupation army cordoned off a site inside its territory, east of the K...
Old Website

Head of the Tunisian government resigns