This morning, a convoy of the Yazidi house in the city of Amuda, a delegation of administrators at the Yazidi House Council in al-Jazeera region, headed towards Jamarek crossing between al-Hol related to al-Hasakah to hand over the Yazidis liberated by Syrian Democratic Forces during "Battle to Defeat Terrorism" in the town of al-Baguz, which includes three Yazidi women, and 18 children kidnapped by mercenaries during their attack on Şengal in August 2014.

An official at Şengal Council told Hawar News that Şengal people pressured the Iraqi authorities at the crossing which forced them to open the crossing for the liberated Yazidis adding they are now on their way to Şengal.

The Syriac Military Council congratulated Eid Al - Fitr on the Muslims of Northern and Easte...

The morning of Eid begins with a visit to martyrs' shrines

The people of Northern and Eastern Syria and Aleppo on the morning of Eid Al- Fitr began vis...

The morning of Eid begins with a visit to martyrs' shrines 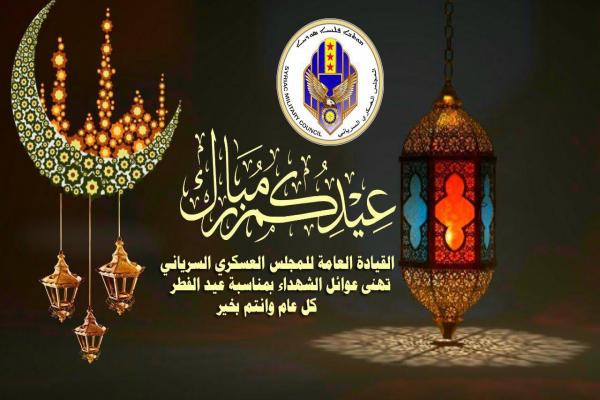 - The morning of Eid begins with a visit to martyrs' shrines