The border area in the countryside of Jel Agha district of Dêrik region, adjacent to the border with North Kurdistan, witnessed heavy monsoon rains which led to the formation of torrential floods.

Heavy rains within the borders of North Kurdistan led to the formation of torrential floods that hit the concrete wall and poured into the course of Jel Agha Dam’s lake, which led to the rise in the level of the dam water and its flooding in some regions.

The concerned authorities in Jel Agha Municipality and the District Council confirmed to our agency that they have taken the necessary measures to protect the dam. They also confirmed that the situation is under control, while some families living in areas close to the course of the floods were obliged to leave their homes in anticipation of any emergency.

Furthermore, the relevant authorities have previously taken the necessary measures to protect the dam due to the floods that occurred in the region last year. 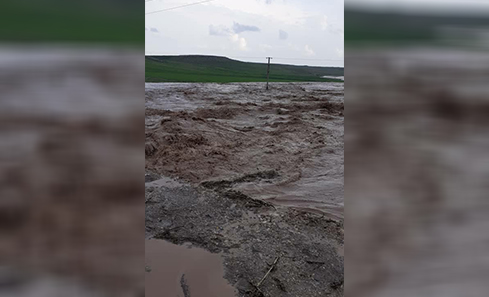