Our agency has documented the most prominent crimes committed by the Turkish occupation army and its mercenaries during the last 10 days in the occupied canton of Afrin.

On July 30, the so-called Criminal Court of the Turkish occupation authorities in the occupied canton of Afrin issued judicial rulings against a number of Kurdish citizens who were kidnapped by Turkish intelligence and its mercenaries from mercenary groups at different times after the Turkish occupation of Afrin, after false pretexts, as well as  they were subjected to torture in the basements of the occupation in the city of Afrin.

* The death sentence was issued against the citizen Hussein  Yousef Mustafa Hussein (20 years), who was kidnapped on April 28, 2021 by Turkish intelligence and its mercenaries.

* The sentence of imprisonment of 3 years for the citizen Youssef Mustafa Hussein, and for 12 years for his wife, the citizen Zainab Muhammad Awalashli, who was kidnapped on June 12, 2021.

* A 13-year prison sentence was imposed on the citizen, Mustafa Muhammad Hussein, 27, who was kidnapped in 2019.

According to international laws, an occupying country is not entitled to issue judicial rulings against citizens of another country, especially the death penalty, whatever the reasons.

The Turkish occupation state and its mercenaries practice all kinds of crimes and violations against the remaining indigenous people in the occupied canton of Afrin, amid the silence of the international community and human rights and humanitarian organizations.

It is noteworthy that the Kurdish proportion is close to 95 percent of the total population of the canton, but that percentage has shrunk to about 23 percent, according to human rights organizations documenting the crimes of the Turkish occupation state in Afrin canton.

In the context, the official spokesman for the Human Rights Organization Afrin - Syria Ibrahim Sheikho considered, "This ruling is in violation of the laws of the European Union, but in Afrin, as a result of chaos and security chaos, they issue unjust sentences such as death and life sentences, and the transfer of citizens to Turkish territory and the issuance of sentences against them."

Sheikho stated, "When Hussein Youssef Mustafa Hussein was kidnapped, he was 17 years old and he was a minor. Even the sentences issued against minors are different from adults. This ruling is in violation of the penal laws, both local Syrian and even international laws, and the fate of three others from the same family is still unknown.  ".

Sheikho pointed out that "this "court" is not empowered to issue these rulings, and according to Article 42 of the 1907 Hague Regulations, it must preserve the population structure, not change the demographics of the region, and not punish its citizens for their dealings with previous administrations, but the Turkish occupation state does the exact opposite by ruling on   citizens are sentenced to death, and this is similar to the previous rulings it issued in Sere-Kaniye, Afrin, and all the occupied areas in northern Syria. 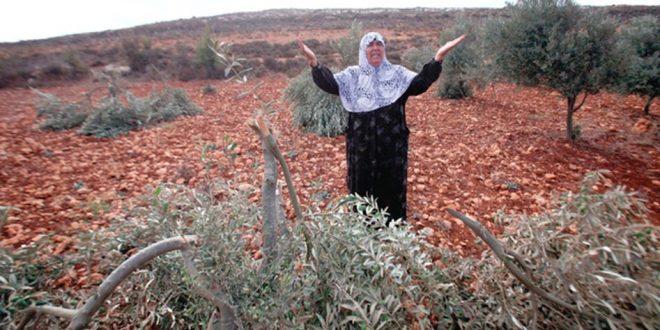 At the end of his speech, Sheikho said: "We in the Human Rights Organization in Afrin - Syria condemn such provisions and appeal to international organizations and concerned parties to pressure Turkey to force it to cancel these provisions and release the citizens because they are Syrian citizens who have not sinned against anyone, and we also appeal to these parties, especially the organization  UNICEF, that Hussein Youssef Mustafa Hussein and also Izz El-Din Youssef Mustafa Hussein are not over the legal age, and that is from the core of its responsibility to defend minors and all detainees.

An old man was killed and 7 citizens were kidnapped from Jandrissa, Bulbul, and Sheh districts, including a woman.

The mercenaries of "Ahrar al-Sharqiya" killed the elderly citizen Suleiman Hamko (73 years), from the village of Ka'ni Korek in the district of Jandris, after he was severely beaten while they were trying to loot his house in the village.

According to the same sources, the Turkish intelligence took the kidnappers to an unknown destination without being able to know their fate.

* In the same context, the mercenaries of the "military police" of the Turkish occupation army kidnapped the citizen of Kurdistan, Manan Mustafa (37 years), from the village of Kela, belonging to the Bulbul district, on a false pretext.

Cutting trees and destroying the nature of Afrin

Local sources reported that the mercenaries of the "Hamza Division" cut down more than 250 forest trees near the village of Kemar in Sherawa district, under the supervision of Turkish officers, on the pretext that it is located near a Turkish military base there.

On the other hand, the mercenaries of the "Sultan Murad Division" cut down more than 85 perennial olive trees, dating back more than 40 years, and owned by the citizen (Sheikh Musa Mukhtar) from the village of Qastal Kishk in the Bulbul district.

The Turkish occupation aims, by cutting down forest trees and olives, to distort the green nature of Afrin canton, and to tighten the noose around the people to force them to flee from their homes.

Meanwhile, sources reported that the site of the Well of Joz, located in the village of Brimja, in the Mobata district, was subjected to sabotage drilling operations that affected its entire area.

The Turkish occupation aims to change the demographics of the occupied canton of Afrin, through the establishment of settlements and the recruitment of Syrian refugees from various other Syrian regions and their settlement in Afrin instead of its original inhabitants, in addition to destroying the nature of the canton and looting archaeological sites in it, where it is the distinguishing identity of the canton.

​​​​​​​The Turkish occupation army and its mercenaries target the outskirts of...

The bombing of planes belonging to the Turkish occupation army hours before, on the village ...