The demonstration  began with the participation of Afrin people in front of the Babins stadium in Babins, al-Shehaba  cantons carrying pictures of the leaders Abdullah Ocalan and flags of the Syrian Revolution Youth and slogans "No life without the leader, long live leader, Abdullah Ocalan."

The demonstration took place in the main streets to the bazaar square in the village of Babins,  then some members of the Syrian Revolution Youth carried torches among the demonstrators.

The spokesman of the Syrian Revolutionary Youth Committee, Rashid Suleiman delivered a speech, who said: "The policy of the Fascist Turkish state wants to kill the will of young men and women through special war.  The leader, Abdullah Ocalan has been detained for more than 21 years in Emraly prison and  subjected to severe isolation. We as students and young people  "We will not abandon our leader, and no one will be able to break the will of young men and women, and we will continue to follow in the footsteps of Commander Abo until his liberation."

The demonstration ended with slogans hailing the resistance   the leader Abdullah Ocalan and calling for his freedom. 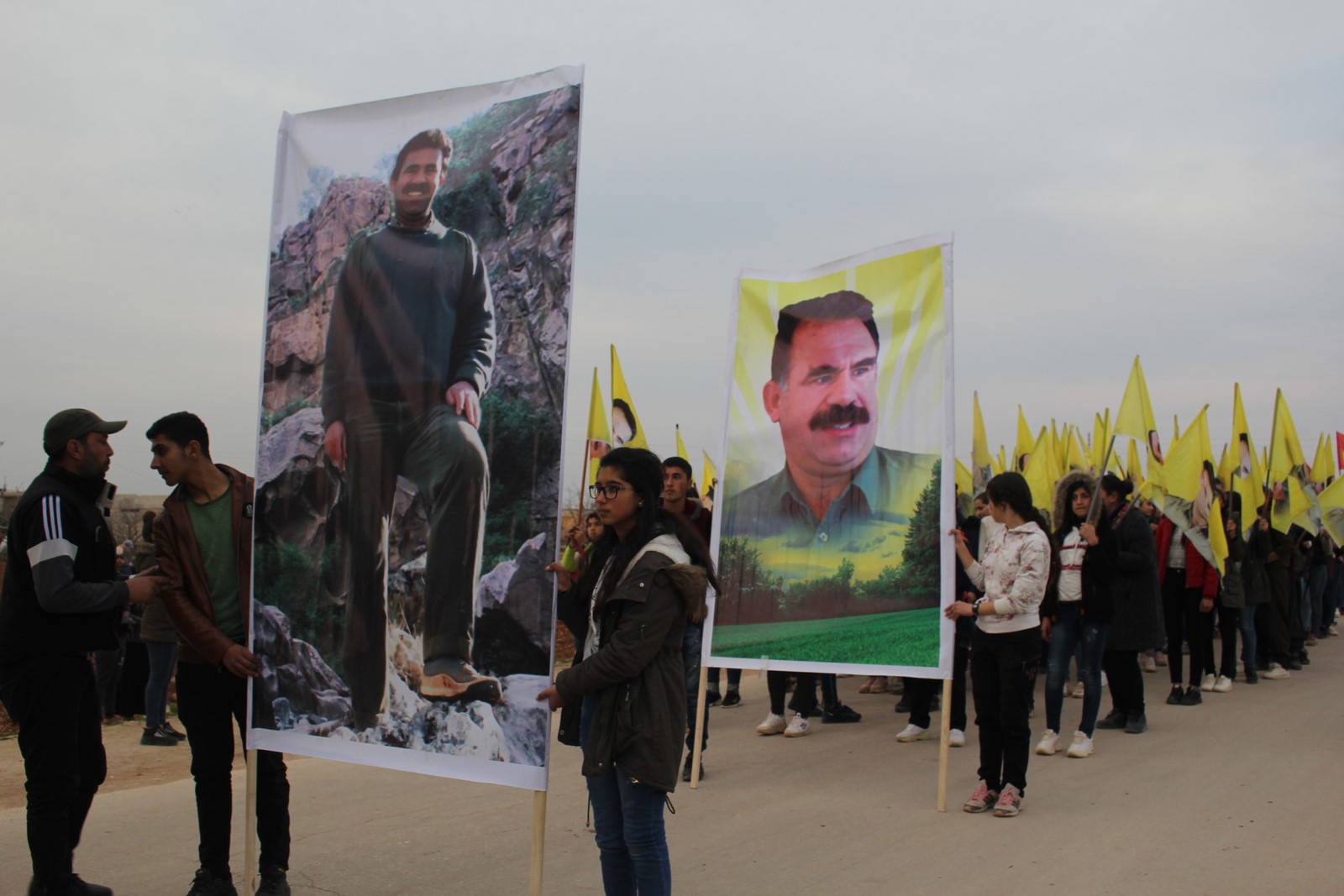 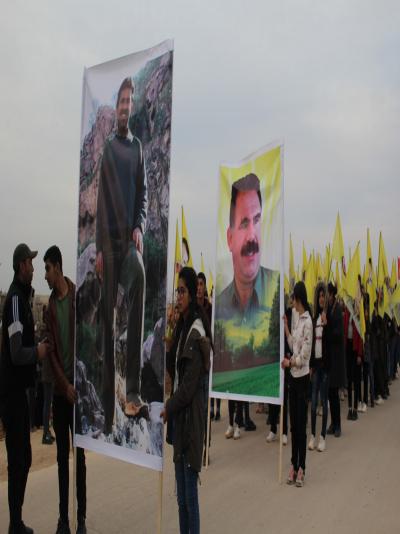 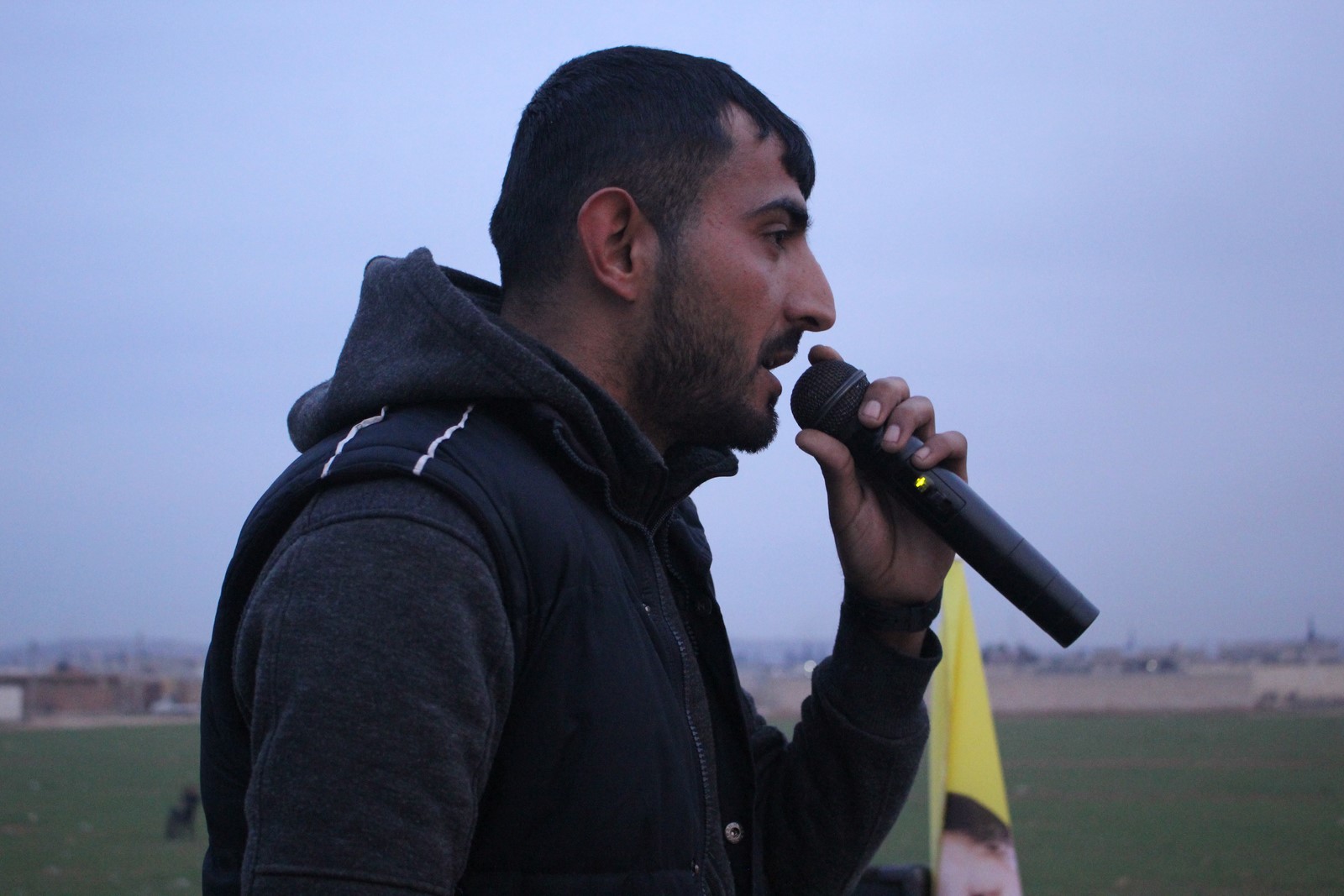 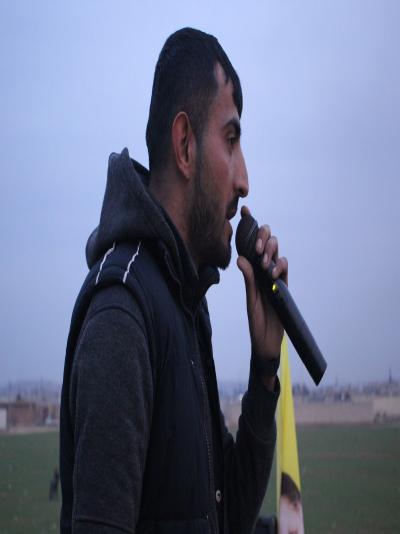 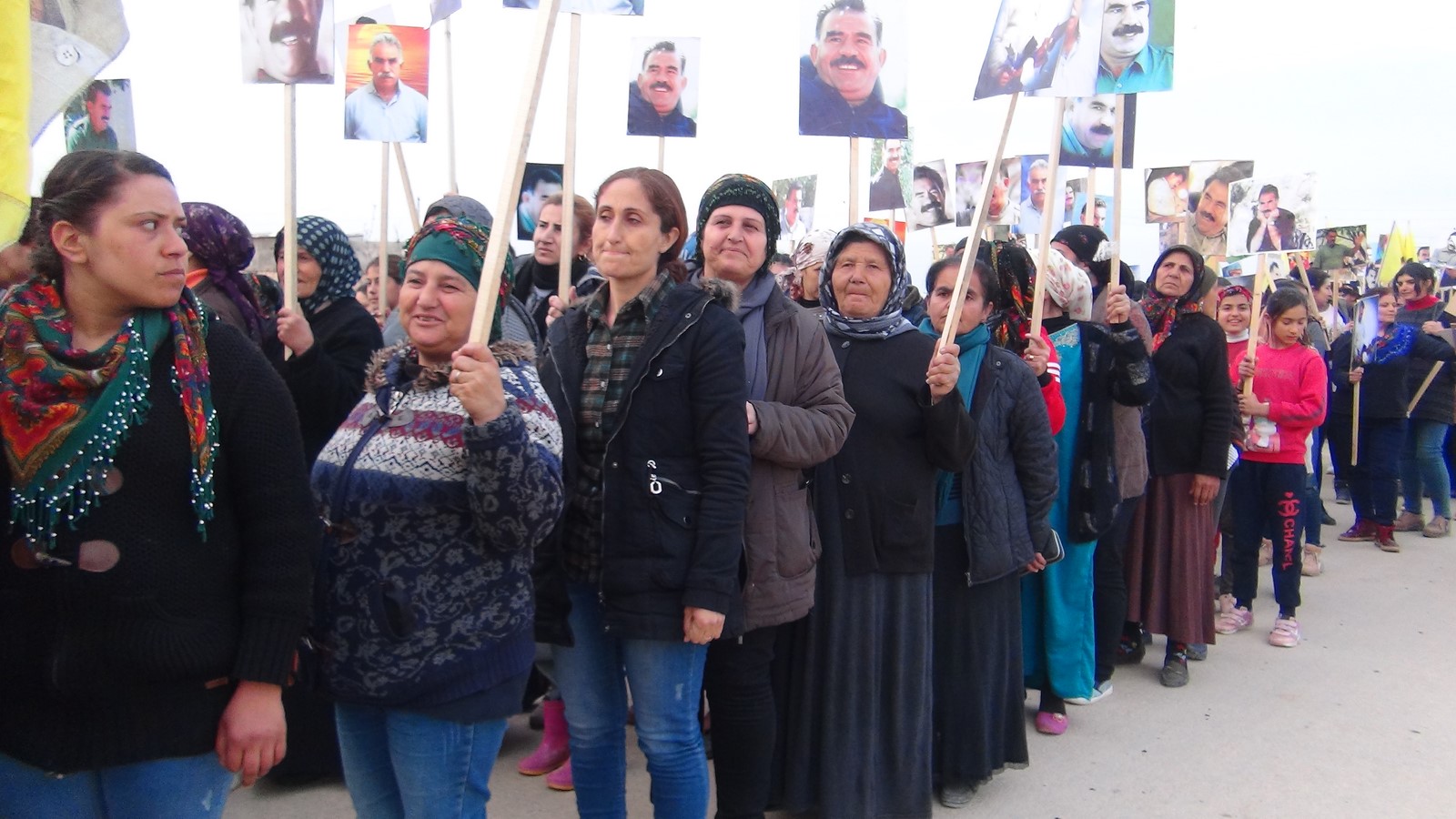 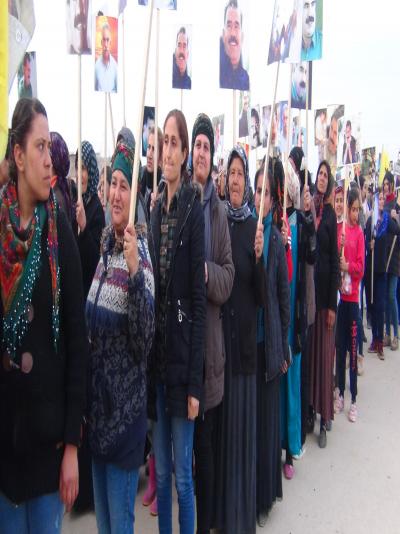 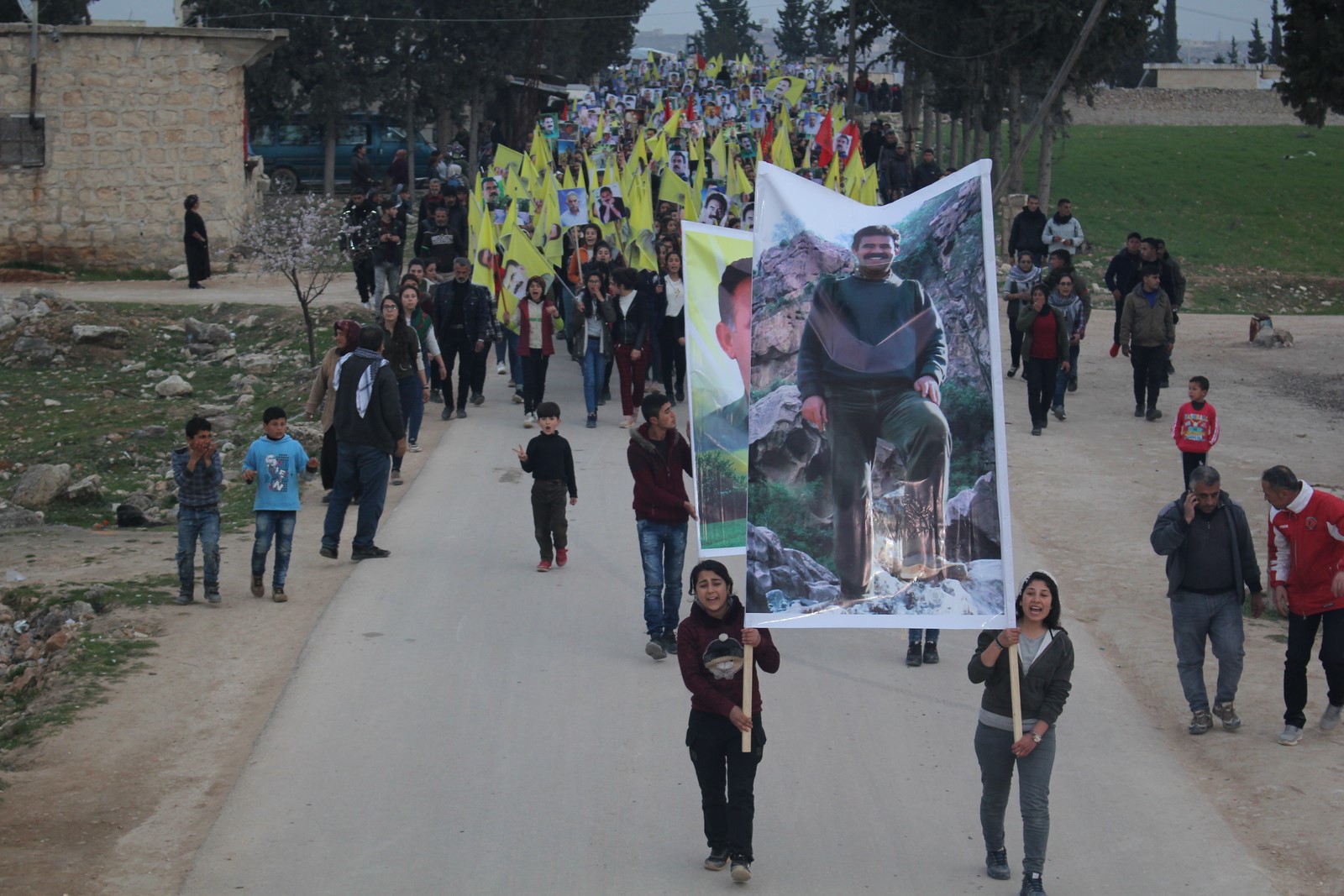 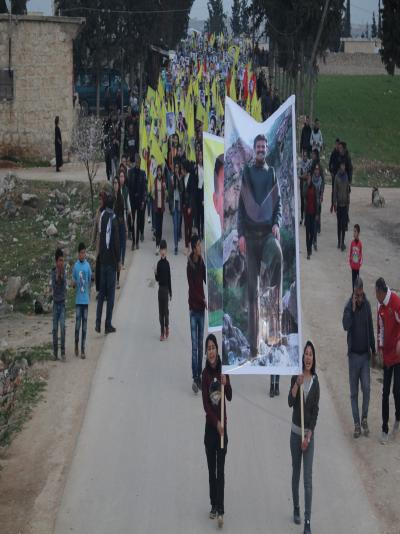 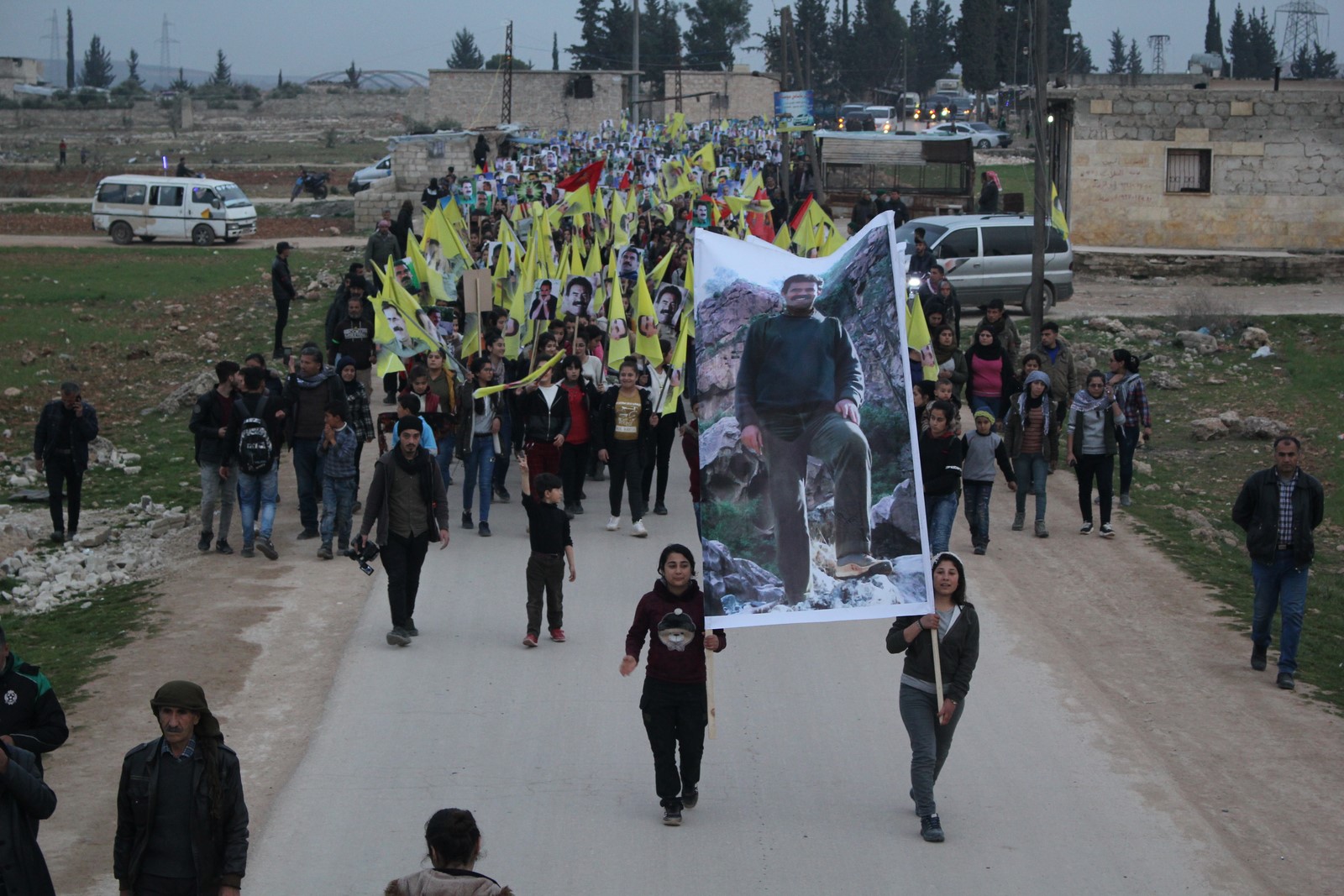 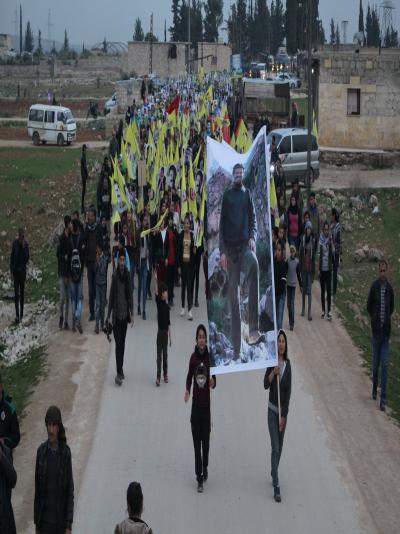 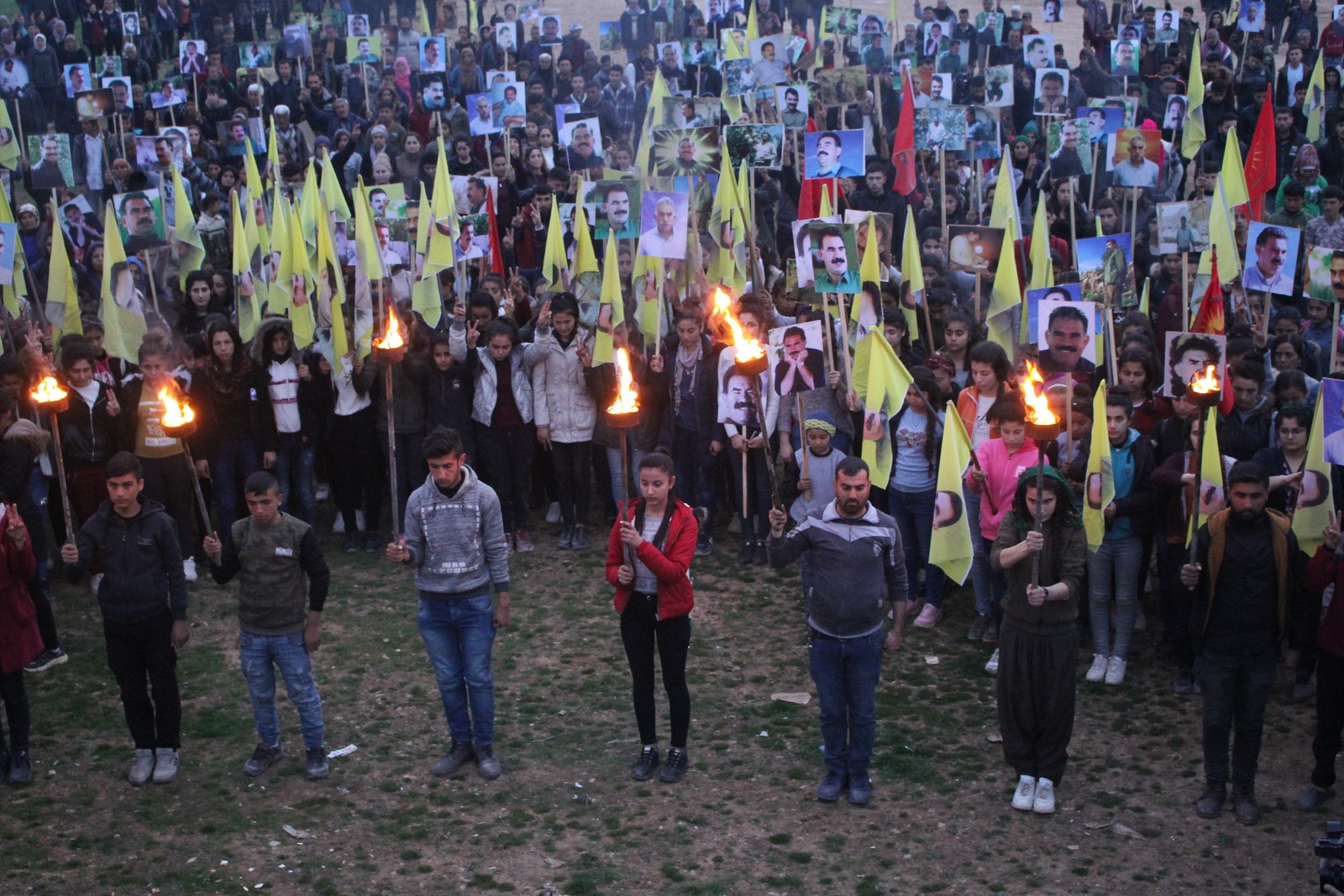 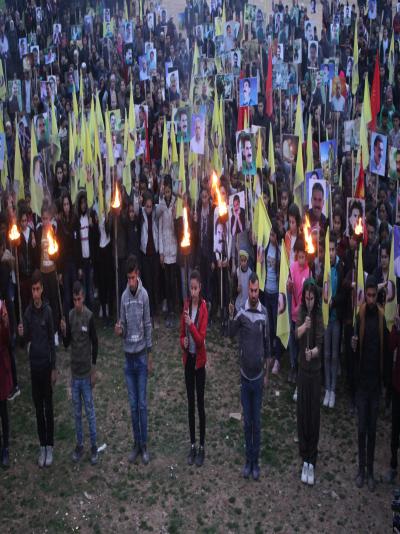 Dozens of Kurdish youth gathered in the Lebanese capital, Beirut, to remember the martyr Qas...

Hundreds of youths from Aleppo condemned the attacks of the Turkish occupation army on the l...