Advisor to Artsakh President: Turkey's policy is a mixture of Nazism, terrorism and poses a threat to humanity 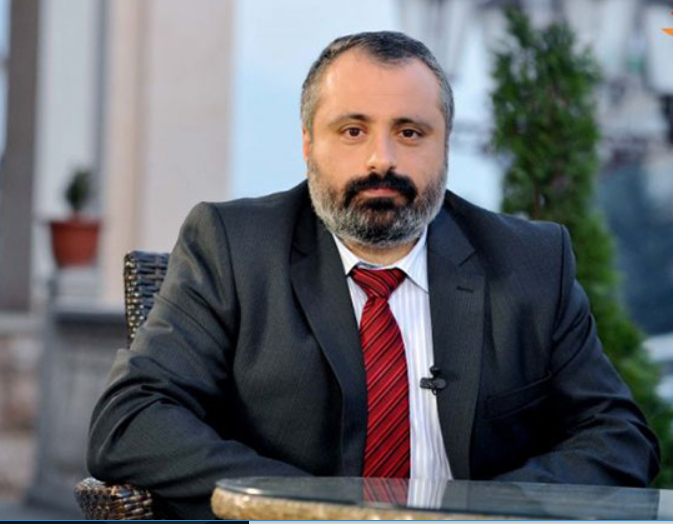 The foreign affairs advisor to the President of Artsakh, David Babayan, said that Turkey's policy “is nothing but a mixture of Nazism and terrorism” and “poses a threat to humanity,” and explained that Turkey's main goal in starting its attacks, which it came to 3 months ago, is to start the project of the Turkish national empire. Pan-Turkism.

the conflict in Artsakh / Karabakh region between Armenia and Azerbaijan has intensified since last Sunday, September 27, after clashes that took place several months earlier, followed by Turkey sending military forces to the region and conducting joint military exercises with the Azerbaijani army, and Turkey did not reveal the return of these forces and their numbers. Sharing.

Despite the many calls made by European leaders and the Minsk Group, headed by Russia, the United States of America and France, the escalation continues, amid reports confirming Turkey's sending its Syrian mercenaries to fight alongside the Azeri army.

In this context, our agency ANHA conducted a private dialogue with the Foreign Affairs Adviser to the President of Artsakh, David Babayan. The following is the text of the interview:

Since the outbreak of the clashes began on Sunday, Armenia and Azerbaijan have traded accusations over the attacks in Karabakh. How did the confrontations begin and who is the initiating party?

There are two initiating parties – Azerbaijan and Turkey.  These two countries have been preparing for this war for at least 3-4 months.

Tensions previously occurred between Armenia and Azerbaijan in this region, but the clashes did not develop to this level. What are the reasons that prompted the development of confrontations?

The main reason is the direct involvement of Turkey, which has also brought several thousand mercenaries and thugs from the Middle East, mainly of Turkic origin. Their involvement makes settlement much more difficult.

What is Turkey's role in fueling conflict and what are its goals in this region?

As it was mentioned, Turkey has played a direct role in the outbreak of the conflict. Turkey has always supported Azerbaijan, but not in such a direct manner. This is happening for the first time since 1920.

The main goal of Turkey is to start the Pan-Turkish empire project and for this very reason destroy Armenian statehood in Artsakh and Armenia proper and commit a new genocide of the Armenian people.

What is NATO’s role in fueling the conflict? Does he have a role in inciting Turkey in order to besiege Russia and Iran also in the region?

I thank that neither NATO nor the USA knew about Turkish actions. The proofs of that are the statement of French President Emmanuel Macron condemning Erdogan’s policy and the joint statement of US, French and Russian Presidents to immediately stop the war. For this very reason, Turkish policy is a serious challenge to Russia, Iran, China, as the main targets of Pan-Turkism and to the NATO community and to the civilized mankind in general.

Have you documented the participation of Syrian mercenaries who were transferred by Turkey to participate with Azerbaijan? What is the danger of this to peace in the region in general?

There are all the proofs for that and are currently collecting the appropriate data. The danger is that this policy is directed against Armenia, Karabagh, Russia, Iran, China, US. The mercenaries have been also located in the bordering with Iran and Russia regions and are planning to penetrate into these states. It is clear, that such a war is pregnant with unpredictable consequences.

Turkey is present in most of the crises that happen in the region, from Syria and Iraq, through Libya, the eastern Mediterranean, and now Karabakh. How can the Turkish policy in the region be described and what is required of the world powers and the Security Council about it?

Turkey’s policy is nothing less that the combination of Nazism and terrorism. Erdogan and Aliev should stand in the International Criminal Court. Sooner or later this will happen. The sooner – the more people will be rescued, the less destructions and deaths will happen.

Some analysts believe that Russia may have a role in the development of events, as it is not satisfied with the Prime Minister Pashnyan because he came to power after the demonstrations in the country and that it fears the European penetration in Armenia and wants to return it to the Russian embrace?

This is not the case. The Pashinyan cabinet has very good relations with Russia. Besides, geopolitical consequences from the Turkish-Azerbaijani assault are incomparable with even possible problems in the Armenian-Russian bilateral relations.

Despite everything Turkey is doing and destabilizing the security and stability of neighboring countries, the Security Council is silent. What are the consequences of this silence on the region?

This is a sad thing, which willy-nilly ignites Turkish appetite. International response should be strong and timely. Otherwise restoring the stability will require much more efforts and resources.