​​​​​​​Muslim: World Day of Solidarity with Kobane is breaking point 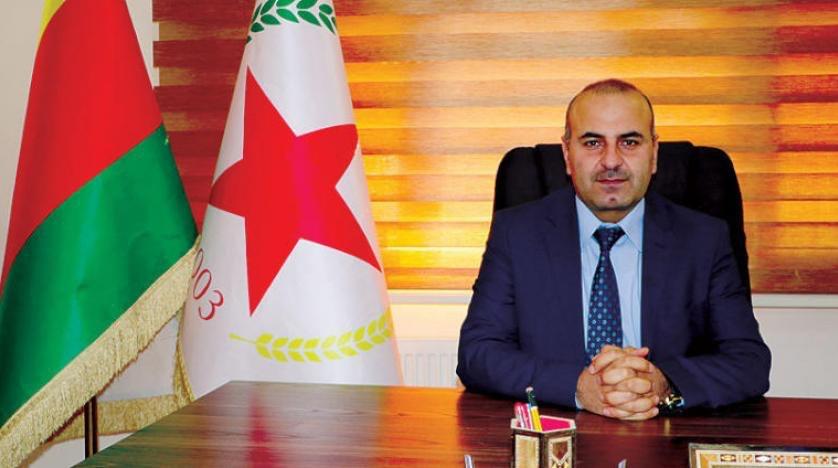 Anwar Muslim considered the World Day of Solidarity with Kobani as a major turning point, As the world was no longer held hostage by their governments. Rather, they supported the resistance directly. He pointed out that the Kurdish cause after the Kobani resistance acquired global feature and stressed the importance of escalating the intellectual and administrative struggle in the northeast of Syria for the future Syria.

On November 1st, 2014, the peoples joined hands in support of the Kobani resistance worldwide, as millions of demonstrators from different nationalities, affiliations, ethnicities and religions went out waving the flags of the People's Protection Units and the Women Protection Units, (YPG) and ( YPJ) chanting slogans denouncing ISIS attacks on Kobani and calling on the international community to intervene.

On that day, the organizers of the global demonstration issued a statement and demanded to consider November 1 an international day of solidarity with Kobane. Accordingly, millions of people took to the streets under the slogan "Global Mobilization for Kobani and Humanity Against ISIS".

On this day, ANHA agency held a dialogue with the Co-chair of the Democratic Union Party, (PYD) Anwar Muslim.

The text of the dialogue reads:

* Over the course of several months, Kobane witnessed a fierce resistance against ISIS mercenaries, this attracted the international community attention, and after that November 1 was considered the World Day of Solidarity with Kobani, so what are the reasons for this solidarity and uprising?

This solidarity stemmed from the fear of repeating Şingal massacres two months earlier against the Kurdish Yazidi where thousands of Yazidi women were kidnapped, as well as the resistance shown by the resistance fighters against ISIS, which made pro-democracy and humanity stand in solidarity with Kobane's resistance.

* What is the significance of this global solidarity in political terms for the Kurdish people?

This global solidarity means that the world communities no longer wait for their governments to take a solidarity decision. This solidarity was a turning point in the Kurdish cause worldwide. It is no longer hostage to the interests of regional countries and their obscurity.

*Can the first of November be considered a historic shift in the global openness to the Kurdish issue?

Certainly, it is. For over a century, the Kurdish issue was far from international forums despite the woes it was exposed to in the twentieth century by the ruling regimes in Syria, Iraq, Turkey and Iran. So it was for the resistance of Kobani and solidarity. The international role plays a big role in lifting the blackout on the Kurdish cause in those countries.

* The Turkish state is trying to criminalize celebrating this day through arrests of members of the HDP, why does it do that?

Unfortunately, the Turkish state does not only want to prevent the celebration of this global occasion, but it also arrests anyone who remembers this occasion, and even Turkish newspapers are afraid to mention that day.

The Government of Justice and Development (AKP) is afraid of international solidarity with the regions of northeast Syria, as ISIS firstly was defeated there, starting from Kobani and ending in Baghouz, and it is more correct that all Turkish attempts aim to thwart the project of coexistence in NE Syria.

* How did Kobane's resistance contribute to the elimination of ISIS? How did it affect the policies of regional states that were supporting ISIS?

When ISIS took control of the Iraqi city of Mosul and then the Syria's Raqqa, it seemed to for it that every city would collapse, but in Kobani, the situation was different; it was the beginning of the end of ISIS from Kobani.

* How can the role of women be evaluated in the resistance of Kobane, and attracting the world support?

The role of the Women's Protection Units (YPJ) in the Kobani resistance was pivotal in a region known for keeping women away from active participation but with the ISIS attack on Kobani this classic concept changed as women had taken an intellectual leap in the construction of society.

*What is required to preserve that solidarity with the resistance of Rojava, northeast Syria?

Raising the level of intellectual and administrative struggle in northeast Syria for the future Syria, despite the special war by most regional regimes to thwart the Autonomous Administration project and destabilize the region.

Therefore, we have to be on the side of the Syrian Democratic Forces, which is the umbrella for all our children of all sects, and also support the institutions of the Autonomous Administration of the North and East Syria from all its aspects so that we can protect the gains of the Kobani resistance and preserve that international solidarity.